On August 27, 1959—or was it September 3?—a fresh and enigmatic cultural movement was supposedly born, according to which the poem might be located “at last between two persons instead of two pages.” 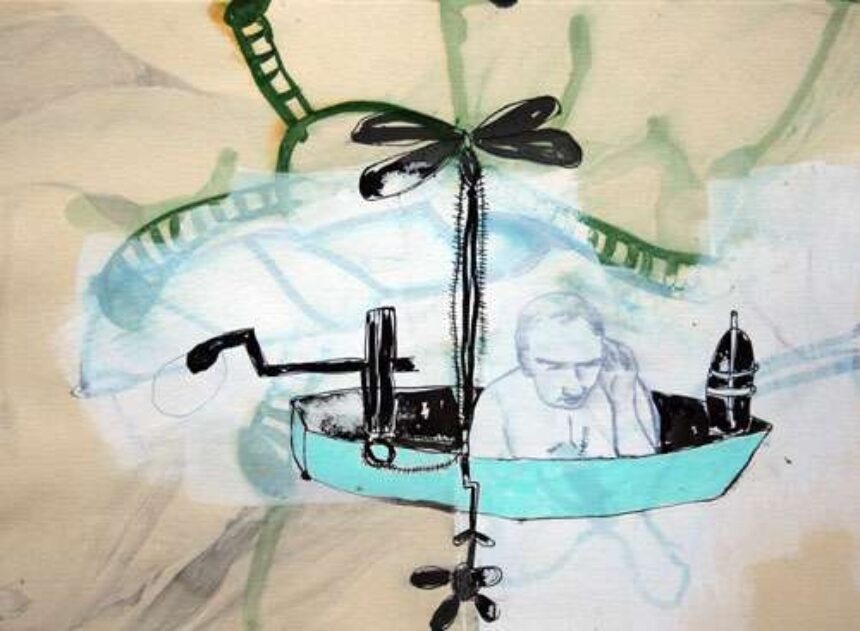 Deborah Randall; CAN YOU HEAR ME?; Ink and casein on paper; 11 × 15 inches. Courtesy of the artist and Pierogi Flat Files.

Peter Moysaenko On August 27, 1959—or was it September 3?—a fresh and enigmatic cultural movement was supposedly born, according to which the poem might be located “at last between two persons instead of two pages.” But if one may as well make a phone call (or send an email) as compose a poem, does the choice of form—blank verse over Instant Message, for example—reveal the poet as a narcissist, a poseur intellectual fixated on fame?

Kimberly Quiogue Andrews Oh, but a person can’t as well make a phone call as compose a poem! Or doesn’t. At least, not entirely. Or usually. I think one of the interesting things that O’Hara managed to do when he wrote that particular missive was to create, as I believe Stephen Burt has already said, a very tongue-in-cheek map of his own poetic style. In love poetry—perhaps especially in O’Hara’s love poetry—there is a particular intimacy that does (should?), in fact, approach the kind of easy intimacy that one might get from a phone call (or an email, though maybe I’m less sure about that). So in that sense, yes, maybe poetry, or at least the kind of poetry that reaches a wider audience, is a bizarrely narcissistic thing, something that could have been done “between two persons” but instead wanders out into the world, insecure and looking for validation. Hell, that sounds like me on a normal day. But that view of poetry probably isn’t giving the poets enough credit for the complicated ways in which we think about audience—if I may speak for a very diverse crowd, here.

In my own case, I’m pretty sure that the intended recipient in terms of the poem’s story line(i.e. to whom the poem is dedicated) is not at all the same as the intended recipient in terms of the poem as a thing. The actual recipient of the poem itself, and indeed of all poems that wing their way out into the abyss of the publishing world—editors, readers, internet search engines—is an uncontrollable, unpredictable, often irrational thing (or person, or group). The problem with thinking about poetry as something that’s either “narcissistic” or “not” (what does that mean? To be completely fascinated with other people? To care nothing for yourself?) is that it’s a false distinction.

Of course poetry is overtly concerned with the self, and concerned with recognition. But good poetry is also intensely concerned with the other, and that other is always multiple. Otherwise it really is a letter, or an email, or a carrier pigeon. The _poem_’s purpose, I hope (and despite its semi-facetious genre-bending), is to find someone I don’t know, to find someone I would never expect, and someone to whom I never could have written this poem. Poetry, as it turns out, is between one person and the world, and neither can exist without the other.

around the kitchen to which I am relegated: in a country

of maids, my sheets are changed twice daily, it seems

SUBJ: After every new book of poems I read

I get a nearly insatiable urge to take a nap, as if falling asleep

on other peoples’ verses will make me more capable of sequestering

to get into our garbage

SUBJ: Lately, I’ve been flipping on the hot water when I shower

even though every tall glass here becomes a monument

I would say that this is fortunate but I don’t

want to lose my tolerance for cold, either, enamored as I am

of sunlight frail and thin, pale as my skin

in that same season

SUBJ: I learned to say

but it seems too long,

SUBJ: The streets in the evening

every day were sandy

The minutia of salt’s grit on skin

and more that if you were here, you might see

of rice, scattered over the table at lunch

I might be the laces trailing after an old shoe,

or those useless five-centavo coins

squinting up from the street beneath you

For more on Deborah Randall, visit her page at Pierogi Flat Files.

Kimberly Quiogue Andrews hails from Bethlehem, Pennsylvania, and currently resides in State College, Pennsylvania, where she teaches at Penn State University. It’s a place she loves, even on football weekends. Her poems have appeared, or will soon, in such places as RHINO, The Normal School, Linebreak, Zoland, and West Branch, and she was recently nominated for a Pushcart Prize. 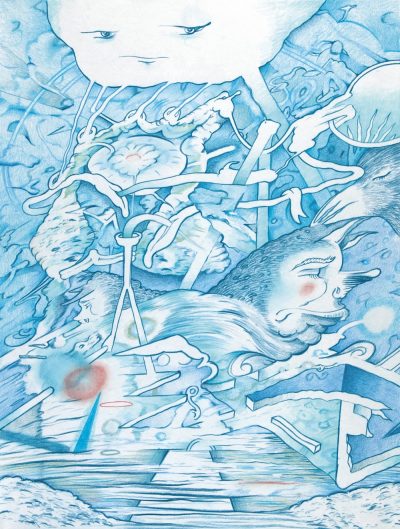 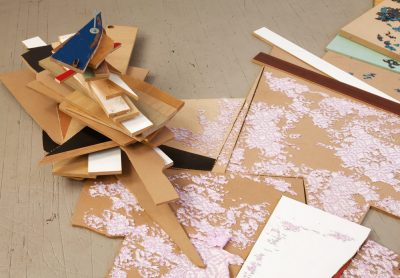 The making and tearing away of wholes. Dissolving the made or not yet made, we find ourselves in this place, a loft in the old-school fashion. 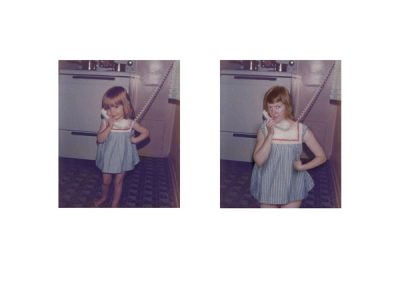 I find myself thinking lately a lot about nostalgia, and how memories always seem so much more favorable in retrospect. Perhaps this is why I liked “The Last Time” by Craig Cotter; it takes this nostalgia and juxtaposes it with that inevitable, crushing realization that we can never recreate that past. Or maybe it was just for its mention of landing strips, which always makes me laugh; as we grow older it seems anything can take on a sexual connotation.