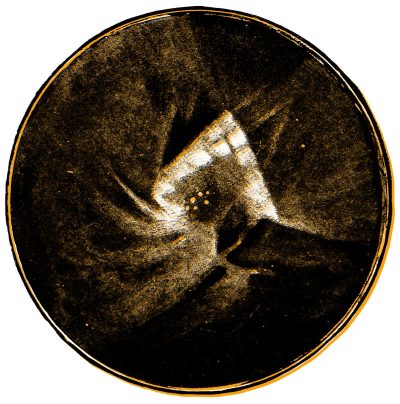 My father lived for most of his twenties, held a steady job and a woman.
That’s what I told the teacher when she asked me what my father did.
Then he killed the woman, I said. With a hazel switch. With quick, even
strikes.
My teacher took a pencil out of her hair and put me in detention.
Detention did nothing to discourage me. I met an older boy there, Young
Robert, and when detention was over, we decided to walk home together.
So why do they call you Young?
I asked only because I was a curious person. I was very generous with my
curiosity and my kindness. I enjoyed spreading them around like mud. I
wanted to know more about Young Robert, what his home was like, what kind of food he ate, and why his clothes looked like they had been hand-
sewn by a town washwoman.
I’m a miserly son of a bitch, said Young Robert, and I descend from a long
line of ironists.
That doesn’t make me think any less of you, I assured him.

Because it had been a year of great hunger in our town, many people
struggled. Trees shrank down to child-sized stumps. Roads fell into
disrepair. Leaning against a soot-covered car, Young Robert said, I guess
you should show me your breasts.
A mild breeze whipped through my paper-thin T-shirt.
Perhaps, I said, it would be best if you did the same.
Young Robert removed his shirt. His chest was light brown with ugly
tangles of hair around the nipples. I began to take off my shirt when a few of my
nipple-scabs tore off into the wind.
Beautiful things, said Young Robert as we watched them soar away. Do
you have any sisters?
Many of them, I said as I put my shirt back on, and they are all very
pretty.
Because Young Robert did not have a home, he walked me to my home.
It was like a pile of dried-up twigs filled with spiders and bed bugs, I
apologized. We stood looking at it for a few minutes.
It’s more like a hovel in the middle of a brown and filthy cul-de-sac, said
Young Robert. So is your mother home?
Never, I said gladly.
And what will happen when your father returns?
He likes to entertain women, young and traveled. They are sensuous and
uncomfortable. They perform various calisthenics in the nude and their
skin is smooth and bright like the pink stones of the schoolhouse steps.
I would like to see that, said Young Robert.
We ducked into my hovel and drank a green jug of flat ginger ale. Then I
knelt down and embraced Young Robert from behind with all the energy I
could muster. He convulsed slightly, then gave out a cry that sounded like
an eagle flying through the forest or an endangered dolphin getting fucked
by a tiny Vietnamese boy.
The hours stretched long and aerobically.
After we finished, Young Robert cleaned himself off and told me the
entire time my face had been bunched up like a cloud.
A fucking cumulus, he added.
A bed bug fell out of my hair and onto the dirt floor. The impulse to crush
it passed quickly. I looked at Young Robert’s mean, thread-like eyes as he
excused himself to go to a friend’s house for dinner.
What kind of dinner?
Probably vegetables and sausages. With roasted pistachios for dessert.
I would like to eat that, I said.
There’s mold on your floor and all over. And it kind of smells in here.
Does that mean I’m not invited?
That’s right, said Young Robert.

I didn’t try to stop Young Robert from leaving. Through the lashed-
together sticks and branches, I watched Young Robert walk away to
someone else’s house and dinner. Because the air was humid inside my
hovel, indeed, it smelled. Because I tried to read a book about Zen poet-
monks that I had found in a dumpster, I felt hungry for a bowl of rice.
Because I felt myself becoming thinner as I waited for my father to come
home and give me something nourishing to eat, I ate a bed bug. To fill my
stomach took such enormous care, such precise effort. I was starving all
the time. And I no longer had a kind word for anyone.

Patrick Cottrell’s work appears or is forthcoming in Black Warrior Review, jubilat, Gulf Coast, LIT, and Denver Quarterly, among other places. He is working on a novel and lives in Los Angeles. “Young Robert” was selected by Sheila Heti as runner-up for BOMB’s 2015 Fiction Contest.