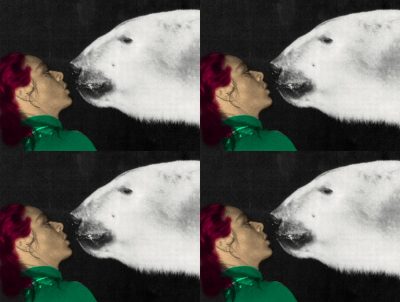 With Yoko Tawada’s profile as a cult author (not a slight, because there’s nearly no other kind) rising in the U.S., it’s become commonplace to refer to her as a “Japanese writer” who happens to live in Berlin. But since her novels are written alternatively in both Japanese and German, it’s the kind of distinction that really only matters in an isolationist, monolingual, nationalist society like the one she imagines in her newly-translated novel The Emissary (New Directions). In this decidedly regressive version of a futuristic Japan—a pertinent and worldly rejoinder to the neon fantasies of Ghost in the Shell and Akira—every country on earth is cut off from the rest of the planet and “left to solve its own problems” sans diplomats or international institutions. Foreign languages are outlawed, words and idioms drawn from other cultures are dead, and those who remember free trade and diversity are left to puzzle over the severed roots of concepts as fundamental as bread.

The woes of this new world are not confined to the purely semantic. Save for dogs and cats, animals are extinct, and imported foods like fruit are perishingly rare. Children are so fragile and susceptible to the elements they can barely digest food. They age prematurely, gray-haired by early adolescence, while the elderly live unnaturally long lives, seemingly immune to the mysteriously altered rules of mortality that, more often than not, causes the young to die of ordinary allergies before they can reach adulthood.

The Emissary, translated by Margaret Mitsutani, follows the young Mumei and his great-grandfather, the one-hundred-and-seven-year-old Yoshiro. Yoshiro seldom sees his wife Marika, a headmistress at something called “The Elsewhere Academy,” his daughter Amana dwells in distant Okinawa (which has been renamed Ryukyu), and Amana’s son Tomo is a deadbeat gambling-addict on the run from a shady outfit called the Humanity Cult. Since phones and most electrical appliances are a thing of the past, Yoshiro and Mumei seldom hear from the rest of their family, leaving them claustrophobically alone and preternaturally close. Yoshiro carefully skins the oranges Mumei can barely swallow and pushes him about in a wheelchair when he is too frail to walk. The net effect of this country of old men and terminally-ill children is that life itself is simultaneously devalued and exceedingly precious. Mumei is a cheerful little boy, resigned to his fate even as calcium deficiency causes his teeth to fall out early, while Yoshiro frets over Mumei’s coughing fits and poor digestion. With schools functioning as little more than state propaganda machines, Yoshiro educates Mumei regarding the vanished world of books, technology, and fauna. 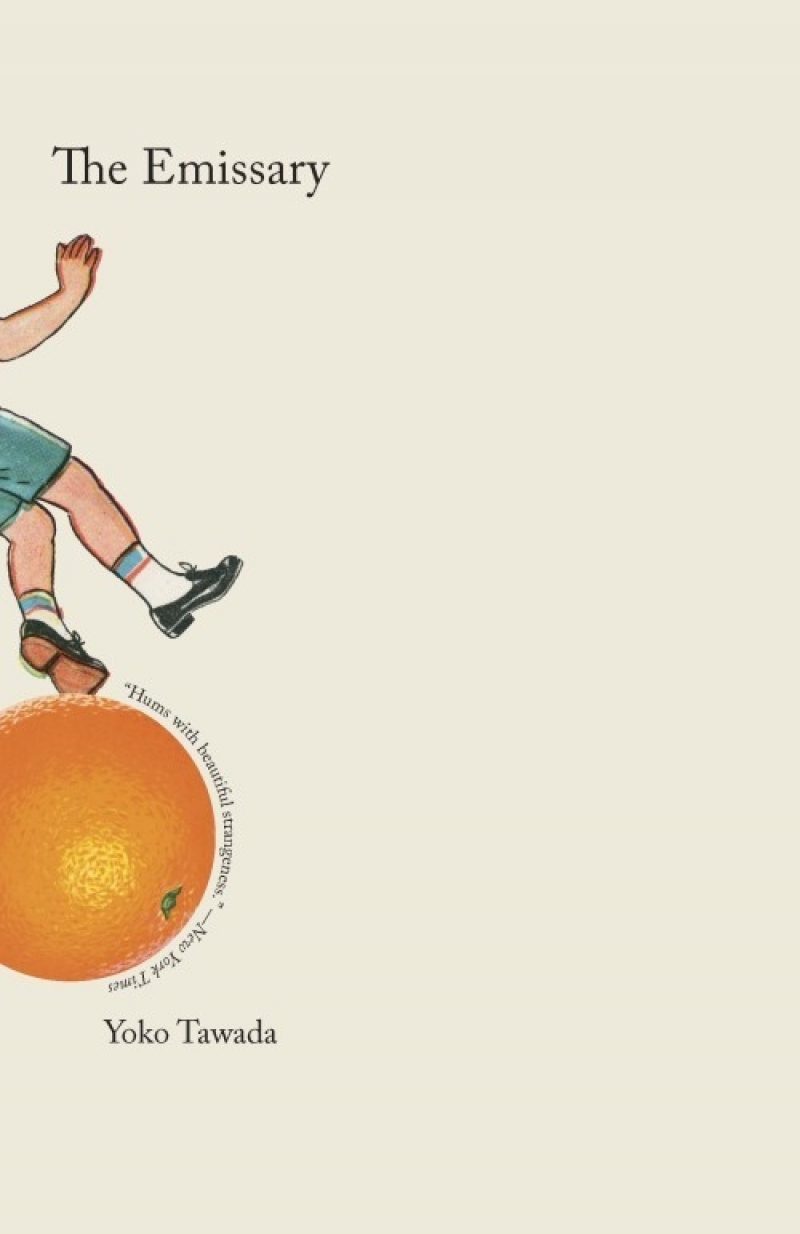 This novel was composed in Japanese, which may contribute to its placid tone; Tawada’s last two books Memoirs of a Polar Bear and The Naked Eye were published in German (and later brought into English by her usual translator Susan Bernofsky) and are much harsher, the latter involving kidnapping and sexual exploitation. Tawada has said that she wrote The Naked Eye in both German and Japanese, creating two versions of the same story of a Vietnamese girl whose only link to the world is the filmography of the actress Catherine Deneuve. Memoirs of a Polar Bear follows the career of a writer who happens to be a polar bear and two generations of her descendants, which probably sounds fatuous but winds up being as intensely latitudinarian as any 19th-century social novel.

The poles between which Tawada oscillates are thus, not quite independently of her choice of language, the interplay between seriousness and frivolity. The result, in which farce is played as tragedy and tragedy as farce, is a big part of what makes Tawada one of the best and most unique writers working today. Her recurring conceit is that of being an outsider in the world, someone—whether a circus-trained polar bear or a woman slowly morphing into Catherine Deneuve—at some distance from reality but capable of the kind of clear-eyed wisdom that comes from being a misfit looking in from the outside.

In The Emissary, the trope is reversed; it’s the world that has turned its back on people, making outsiders of the young and old alike. It’s also eerily prescient considering that it was originally written in 2014. The book’s vision of closed states, xenophobia, mass extinction, and the gulf between the undying adults and their feeble progeny (even the concept of enjoying the taste of food is alien to Mumei) makes it one of the few literary futures that makes you sit up and say “Oh yeah, that’s totally going to happen.” In the Japan of this strangely imminent-seeming far-future, even concepts like gratitude have become unthinkable, as is driven home during a tense exchange between a schoolteacher and his students late in the novel:

“Excuse me is what you say when you want to apologize for something. A long time ago it was also used to express gratitude, but you mustn’t apologize when you haven’t done anything wrong.”
“But we’re putting them to a lot of trouble.”
“We don’t talk about putting people to a lot of trouble anymore—that expression is dead. A long time ago, when civilization hadn’t progressed to where it is now, there used to be a distinction between useful and useless people. You children mustn’t carry on that way of thinking.”
“Didn’t people used to say arigato.”
“Arigato—sounds crunchy, but kind of sweet, too.”
“That word is also dead.”

But The Emissary is only incidentally the story of Mumei and the new Japan. The novel is primarily focused on Yoshiro, older than he ever dreamt he would be but still young enough to remember the old world. He pines after his absent relatives, mailing the occasional picture postcard as he speculates on what their lives might consist of. Indoctrination, isolation, and thought control at the level of everyday language—it’s sobering to realize that “a long time ago” isn’t necessarily so far away at all.

From this description, you’d probably imagine Tawada’s book to be a gloomy dystopic nightmare. Instead, it is charming, light, and unapologetically strange, with a distinct “indie cinema” feel. Tawada is extremely gentle with her two characters. Mumei flips through picture books and Yoshiro sorts through his memories while taking pleasure in daily rituals like walking a Rent-a-Dog along the riverside. As for the plot, don’t get your hopes up: There isn’t one! And yet, in a world this bleak and prose this charming, you wouldn’t really want it.

Tawada takes pleasure in slowly unspooling the conditions of the new order, as when Toshiro recalls how electrical appliances “had met with disapproval ever since electric current was discovered to cause nervous disorders, numbness in the extremities, and insomnia—a condition generally known as bzzt-bzzt syndrome.” She goes on to describe the public terror of vacuum cleaners, which might be a reference to the Korean superstition of “fan death,” but it’s important to note the warmness and humor of “bzzt-bzzt syndrome,” undercutting what should be the severity of the passage. Another section finds Marika bemoaning “the misery of married couples” and imagines “a wife who never lets on what she knows about her husband’s affairs mixes her own turds into his miso soup.”

There’s an impish delight in the sentence that energizes what is otherwise a despairing note. This attitude is present on every page of The Emissary, as Tawada finds a way to make a story of old men trapped in unending life and children fated to die before their time joyful, comic, and—frankly—a huge comfort. Mumei and Toshiro represent the extremes of experience but one place where they intersect is the ability to find hope in desperate circumstances, and a life that, whether too long or far too short, is still worth living to the fullest.

J.W. McCormack has written for VICE, BuzzFeed, The Baffler, The Paris Review Daily, LitHub, The NYRB Daily, and The New York Times.