Kristin Naca’s first book Bird Eating Bird was selected by Yusef Komunyakaa for the National Poetry Series and published October 2009 by HarperCollins. Naca’s language is similar to her title. 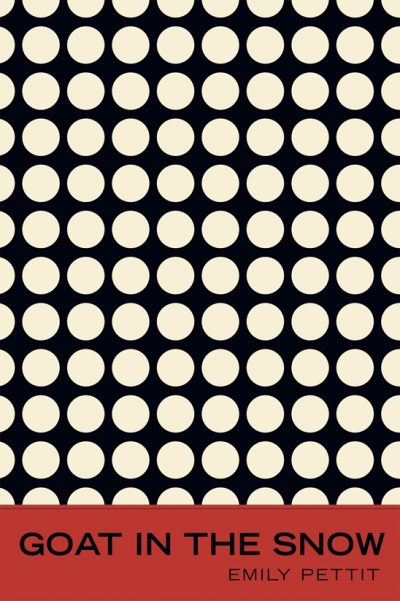 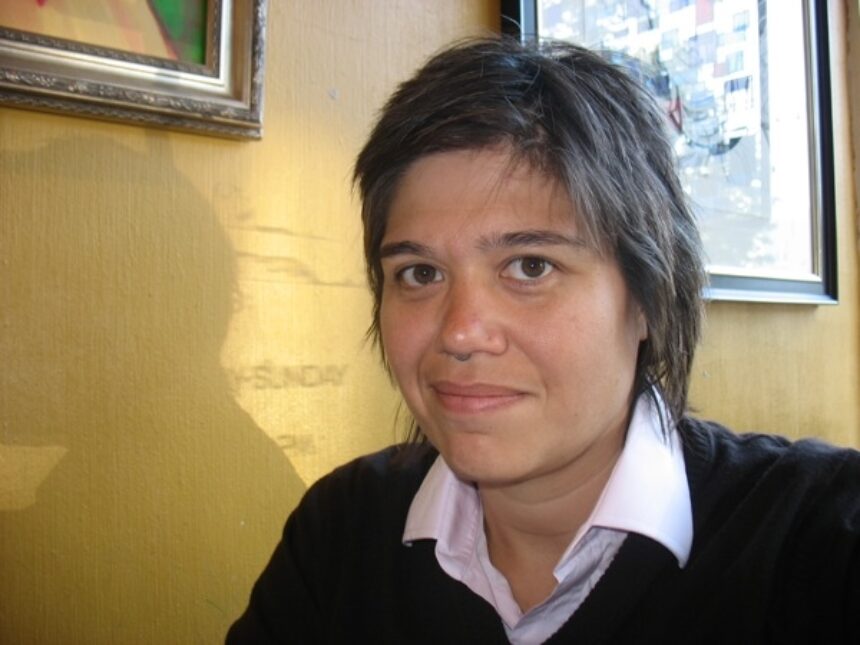 Kristin Naca’s first book Bird Eating Bird was selected by Yusef Komunyakaa for the National Poetry Series and published October 2009 by HarperCollins. Naca’s language is similar to her title—her poems are delicate, meticulously edited, and at times ravenously devour the reader. She takes us on a road trip from Pittsburgh to the Philippines, Mexico to Nebraska. We enter her intensely personal world though familial anecdotes written in Spanish and English that illuminate her multicultural background with tenderness and humor in poems with titles like “Grocery Shopping with my Girlfriend Who is Not Asian,” and “Uses for Spanish in Pittsburgh.” She also explores her sexuality and relationships with women in the poems “Heart like a Clock” and “Rear Window.” Her fresh and much-needed voice is that of the American grappling with the supposed idea of our country’s “melting pot” mentality, which at times seems filled only with white bread and vanilla ice cream.

Naca is a CFD Fellow at Macalester College in Minnesota where she teaches courses in poetics, Asian American and Latino poetry, and creative writing. She received her Ph.D. in English from University of Nebraska (2008), MFA in poetry from University of Pittsburgh (2003), and MA in English Linguistics from University of Cincinnati (2000). Her poems have appeared in Harpur Palate, Indiana Review, Bloom, and Rio Grande Review. She has been a member of Sandra Cisneros’ Macondo Workshop in San Antonio, TX, since 2002.

Susie DeFord Your first book Bird Eating Bird was selected by Yusef Komunyakaa for the National Poetry Series and published by HarperCollins. You also got to interview Komunyakaa for MTVU. Will you tell us about this whole experience?

Kristin Naca When I was told about the prize, I was in the middle of moving to Minneapolis from San Antonio, Texas. I was in Minneapolis a few days before and MTV called and told me I had a day to compose interview questions that they would review. The producers added three questions to my list, in which I was to ask Yusef why he picked my manuscript for the prize, what kind of advice he had for me, etc. I thought their questions would be completely mortifying to ask. Then, filming the actual episode was strange because they tell you what to do and you just do it, knowing you have no control of what the end result will be. But once I finally got to the interview, the world finally slowed down. Yusef is such a careful, thoughtful person and, as he speaks, his sonorous voice makes you believe you’re inside a poem with him. I asked my questions—embarrassing ones first—and he answered directly and surely. We talked about performance, about his poetry heroes, his writing process, and how the subject of death continually cycles through his poems. The questions MTV made me ask really helped me understand how he personally connected with my collection. It was maybe one of the most thrilling experiences of my life. I flew back to Minnesota in a completely different space; I could hear my own thoughts again.

SD Bird Eating Bird is very meticulously written and edited. How long did you work on this book?

KN I salvaged seven poems from my MFA manuscript and composed the rest over a three-year period, in Nebraska and Mexico City. Then, I revised that group of poems for about three years. In the last year, I was working with comments from poet Joy Harjo, whom I had met at the Macondo Writers Workshop. It took me a while to digest her feedback. It was mostly unspoken or nonverbal. That’s the best way I can think to describe it. Somehow, her feedback inspired me to become the enemy of my poems. That’s when I did the most aggressive work. I wrote from scratch, over and over. It was like doing reverse taxidermy, refitting the poems’ skins around clouds of ideas.

KN Spanish was an experiment for me. I’m not a great speaker. But I have a desire to learn more about my family from Puerto Rico and Spain, as well as the roles that Spanish colonial myth play in my being who I am, in my family’s inception, etc. I was reading poems and taking courses in Spanish. In writing the poems, I wanted to build emotional connection to the words. It seemed like the decent strategy, since so much of my life takes place between pages of books. I also believed working and reworking the poems would help me build emotional attachment to vocabulary. Good writing comes from the body. The poems document my mouth conforming to the sounds of words. I also tried to work with the limited vocabulary I had. So, the poems reflect what I don’t know. Like, I repeat words, record my awkward/non-fluent phrasing, and when I sound out words that becomes the content of the poem. A fluent speaker can see how much I stumble around. I know some readers are hostile to that idea. But honestly, how else do we learn, but by being clumsy?

SD In your poem “Uses for Spanish in Pittsburgh” you quoted relatives who said, “Spanish means there’s another person inside you.” Can you speak about this?

KN My father told this to my brother and me as children. He meant, you can speak to twice as many people and inhabit other worlds. But he also talked about the harshness of the culture, and of his family, around speaking Spanish: not polluting it with code-switching in English, and the traditional (or violent) catechism of learning grammar, la letra con sangre entra. I think this is one reason he wasn’t so hot to teach us Spanish. Because it hurt. That decision, though, left this gaping hole in my understanding of my own experiences, particularly in relation to him. It meant there was someone inside him I couldn’t know or perceive, unless I learned more about where he came from. In the same way, as a young person, you know when your existence is complicated. I wanted to give myself the tools to reexamine existing. My parents believed that it would be easier for my brother and me—as mixed race, multiethnic kids—to just skip that part. My curiosity just never went away.

SD Bird Eating Bird has a section all about houses. What inspired you to write about the concept of houses?

KN I think the actual thing, house, was probably a product of my reading House on Mango Street. Author Sandra Cisneros told me this story, one about class discrimination, and how she had a strong reaction to Bachelard’s A Poetics of Space in MFA workshop. In all the lyrical, theoretical meditation in Poetics of Space she said, Bachelard left out the rats. I wanted to borrow from both traditions, to write about growing up around a blue-collar town, that doesn’t exist anymore: Arlington, Virginia. The Arlington I knew was erased. What’s there now is a monument to disparity, in comparison. Because no issue is more ubiquitous than class difference in the U.S., nothing is more deliberate, poetic, and political than the ways in which we do and don’t talk about class. Class and colors were my ways I hoped to talk about space. My background in linguistics, too, heavily influenced my meditations on the letter ‘h.’

SD You teach Latino and Asian American Poetics at Macalester College. Who is one Latino writer many people have not been exposed to that you would recommend and why?

KN Generally, I like to encourage readers to check out what’s current. Paul Martínez Pompa’s My Kill Adore Him is the most recent Letras Latinas Andrés Montoya prize-winner. Two forthcoming collections, Francisco Aragón’s Glow of Our Sweat and Carmen Gimenez-Smith’s Odalisque in Pieces, are great examples of current evolutions in Latina/o poetics. Looking at two to three collections is a reliable way to approach the conversation taking place, in particular the complex modes of identity and edgy poetics that these poets interject.

SD Who is one Asian American writer many people have not been exposed to that you would recommend and why?

KN I’ll stick with Filipino poets: Vince Gotera, Luisa Igloria, Nick Carbó, and Eileen Tabios. Gotera and Igloria write poems that thoroughly, brazenly complicate who we are as a nation and as an empire. I also recommend people read Carbó’s blog for poems that celebrate the every-day with depth and compassion, and Tabios’ blog for up to the minute conversations about poetics.

SD What are you working on now?

KN I’m working on two, sort-of historical projects. One is a poem collection in various traditional forms. A prophesy is all I can say about it. Second is translations of a border poet, whose existence was left to the dust, literally. A friend found a heaping pile of their uncle’s manuscripts in his mother’s attic. This poet had a sixth-grade education, at best. His poetics strike me as elaborate and contemporary, though he was writing in the ’50s.

Bird Eating Bird is out now from Harper Perennial.

Emily Pettit: Goat in the Snow by Jack Christian