Women Looking at Other Women by Karyn Kay & Bette Gordon

In conversation, filmmakers Bette Gordon and Karyn Kay pinpoint women’s desire and experience in and out of film. 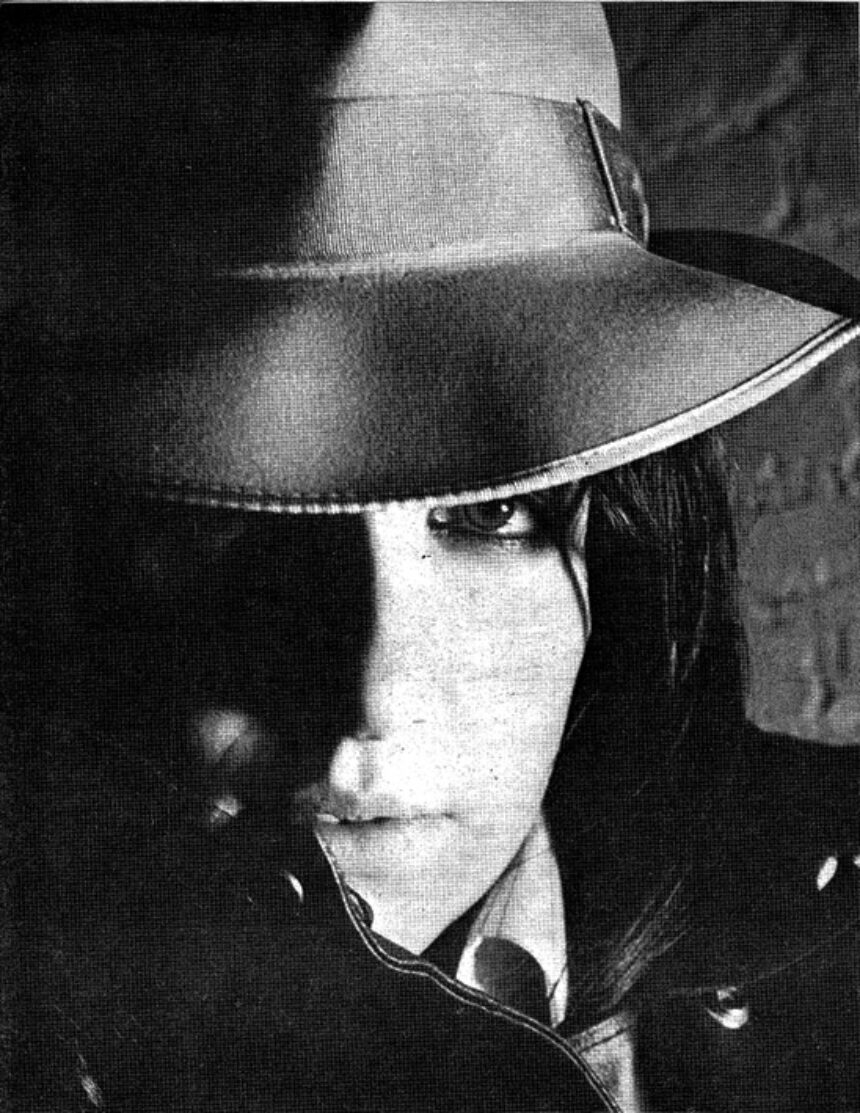 Bette Gordon is a New York City filmmaker whose works include Empty Suitcases, Exchanges,An Algorithm, noyes and several collaborations with mid-western filmmaker James Benning (The United States of America, Michigan Avenue, i-94). Ms. Gordon has been the Educational Director at the Collective for Living Cinema in New York.

Karyn Kay is a filmmaker and writer. She’s made several films; her most recent work in Super-8 includes Someone Else’s Clothes and i-49. She has published two books on film, Women and the Cinema: A Critical Anthology and Myrna Loy.

Karyn Kay Who said, “Where there is struggle there is narrative?”

KK Initially I loved Hollywood, and I loved it for all the problems, and then I loved experimental work for all the other problems, and now what I’m interested in is merging the two sets into a conjunction of problems and a more complex film practice. I think someone like Yvonne Rainer’s work is very important because she mixes politics with theoretical issues and experimentation in narrative form, not making a straight replica of traditional narrative. Also, George Landow has been an important influence on 16mm experimentation with narrative and cinematic structures.

BG Then, what you’re saying, and I agree, is that playing with the narrative, as well as telling a story is more interesting than a straightforward replication of what Hollywood does anyway, or the simple story with beginning, middle and end.

KK Or the simple experimentation. Besides Hollywood isn’t or hasn’t always been a “simple story.” Look, for example, at Ophuls, Sirk, Sternberg.

BG I’m very interested in narrative, but I don’t have a desire to reproduce Hollywood because nobody can do it like “they” do I.

KK “They” don’t even do it like they could do it.

BG I see films that don’t deal with the problem of narrative, use the traditional shot, reverse shot, long shot, medium shot, close-up and some of them are done quite well, but it’s not satisfying for me to know that I can duplicate that. What’s more interesting is making some kind of radical relationship to that which exists in the dominant cinema: I like to use the structure and play with it.

BG Well, for one thing, there’s the problem of identification, there is no sense of developing characterization, so I use multiple characters as a stand in for one character (which has been done by Rainer, as well). Disallowing for the viewer’s identification with a character is a way of reconstructing traditional narrative. While there is a kind of story in my film—a woman travels back and forth between New York and Chicago and can’t make up her mind about where she wants to live—the film goes away from the particular story and deals with the issues of story telling (first and third person), with issues of sexual difference and violence, indecision and variability of women’s position in culture and language. I think the film deals with the dislocation of sense of self inside and behavior outside and of narrative, but in a fragmented way. I do not attempt to reproduce emotions in the viewer, but to raise questions about the position of women in relation to institutions, to language, to sexuality.

I’m thinking about another thing, when we were talking about the importance of narrative, I wonder if, for women who are dealing with the question of representation in film, if in fact narrative doesn’t allow for a lot more investigation of problems of women, rather than the abstract imagery that also has been used in films by and about women.

KK One thing I’ve been thinking about, in relation to your film Variety after reading something by that Moral Majority guy, Jerry Falwell, is that women should have sex in film, and they should have nude bodies in films, because that’s precisely what the Moral Majority has positioned itself against. On the other hand, what they would advocate is precisely that which oppresses women, e.g. anti-abortion, anti-affirmative action, so there is a demand for a repositioning of women’s relationship to censorship—which is something I plan to deal with in the new film I’m working on. There’s the problem of an odd alliance between the clearly right wing ideology of a Jerry Falwell and feminist groups such as Women Against Pornography.

BG But what you said about working with nudity and film raises a lot of problems—of voyeurism, appropriation of those images by men and for the production of desire. When I was attacked for the nudity in my films, I said, “Well, what should you do? Simply not deal with it?”

KK I’ve heard that said a lot about women’s issues, and that irritates me. I was similarly attacked for the continuous scenes of women putting on make-up and hanging out in bathrooms and boutiques in Someone Else’s Clothes, but I wanted to confront make-up and disguise as women’s fetishistic exercise for the male gaze. 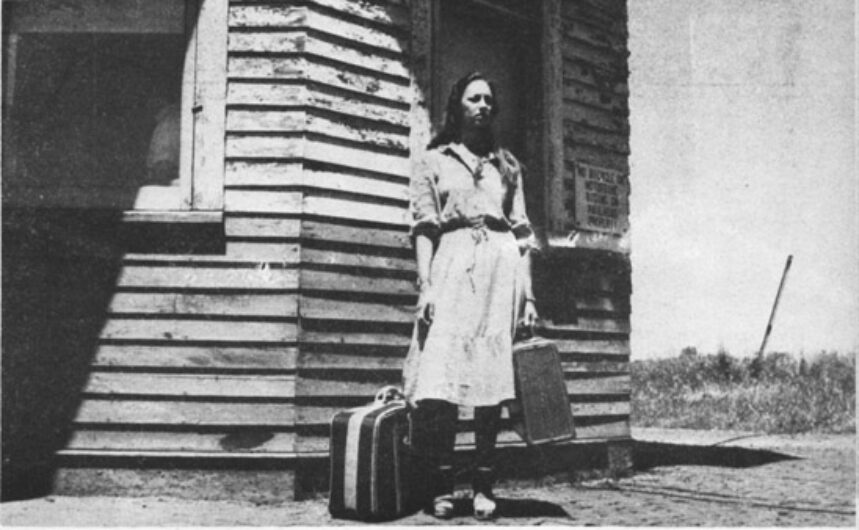 BG You just said that in Someone Else’s Clothes Rosemary is a voyeur, and in my new filmVariety, my woman character is also a voyeur. In cinema, is there a tradition of woman as voyeur?

KK I can’t think of a tradition in cinema, but I know I’m a voyeur.

BG Well, we all are, just going to the movies, when women see a Marlene Dietrich or Marilyn Monroe—it’s to do with identifying with a more perfect image of yourself.

KK The problem with that is identifying with the male fantasy of a woman. It’s interesting because in each of our films something has undercut the possibility of identification; we have tried to problematize desire. Is that possible?

KK So we’re saying that women can be voyeurs, but their pleasure in looking has been constructed from a male position. In trying to articulate our desire, all we come up with is this jumble of non-identification and disjuncture.

BG Which is what we pose as problematic.

KK But we’re structured by the patriarchy. We, you and I, make films which are experimental narratives, in which you can’t identify with anybody really, in which moments of desire and pleasure are always somehow formally disjunctive, in which language is fragmented or not the speaker’s language. And we’re asking people in the audience, in that voyeuristic position to identify with what we’re saying about women’s desire, which is just fragmentation. So, of course, it drives everybody crazy. Looking for a more perfect image, one can’t possibly be content with less.

KK Right. They don’t have their own.

BG It’s all mixed up with male fantasy which we have taken on as our own construction, that which might be our own, but we can’t locate it. And in our films, we want to look at the complications of our desire.

KK By looking at contradictions, perhaps you discover the nature of oppression and desire and can potentially effect change in the meaning of those representations. 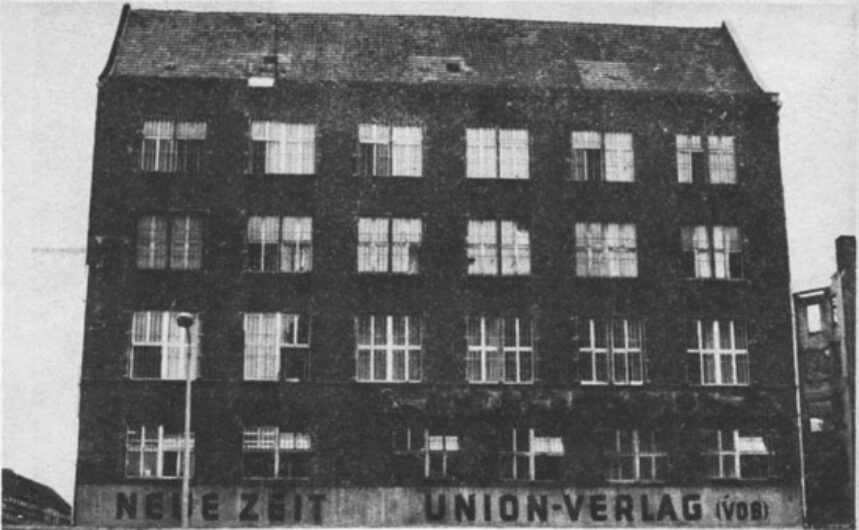 BG The interest for us is looking at the contradictions and locating the place of female desire.

KK I think of my films as tableau moments.

BG So do I, but I want to get away from that tableau sort of thing. But does that mean cause and effect, motivation? Is the point to make a story?

KK I don’t think those are the singular components of narrative or story. If you had a story or just an assemblage of letters, that still would be a story.

BG Right, and what’s absent is sometimes more interesting than what’s present. But if you don’t want to make disjunctive tableaux…

KK I see that my style of working is in tableaux, and the linkage is not necessarily A, B, to C, but it’s about the little parts.

BG Yes, somebody said to me, tell a good story in your next film, but there are other things going on that need to be addressed. Even in the best Hitchcock films, it’s not simply a matter of telling a good story. Hitchcock told a great story, but his films are aware of those mechanisms which entrap the viewer and have to do with voyeurism and identification.

KK Sternberg too. Or Ophuls, or Sirk.

BG The story is as important as the way in which it’s told.

KK I want to deal with characters.

KK This reminds me of someone I teach with. He drew a picture of a fish on the blackboard and asked his eight and nine-year-old students, “What is this?” And they said, “It’s a fish.” Then he pulled out a real—a live one—and said, “Then what’s this?”

BG The representation and the real. You asked why it was my fantasy to have a woman working in a porno movie house. It’s more an attraction toward the image of that, rather than the reality of it—an attraction to the sleazy, the hard, the indifferent, the image of that rather than the reality. Also it’s the image of Bernadine Dohrn in Empty Suitcases that is interesting to me, the image as it exists in newspaper photos and posters, not the reality of her life in the weather underground, not necessarily connecting that to my film. I guess this relates back to the discussion of image, being attracted to the image of something, not the “real” of it.

BG But then again, you wouldn’t, you couldn’t.

KK I’m not. I think each of us acts out these fantasies. It’s just fragments. I think we want to be the women in our films. 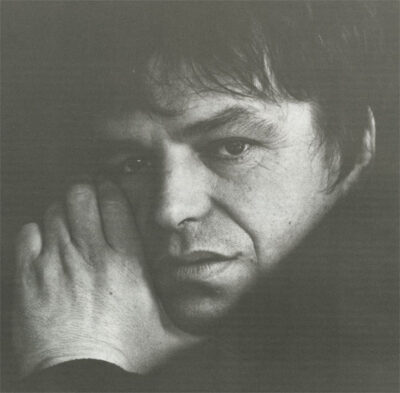 Lawrence Chua and Neil Jordan discuss the sexual dynamics and undercurrents of Jordan’s film, The Crying Game, an “unruly narrative of colliding identities and troubling resonance set in contemporary London.” 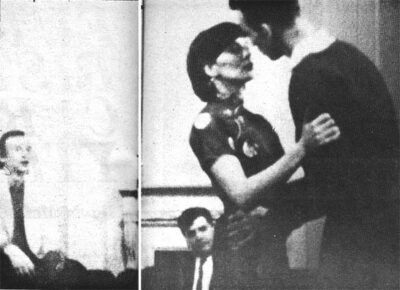