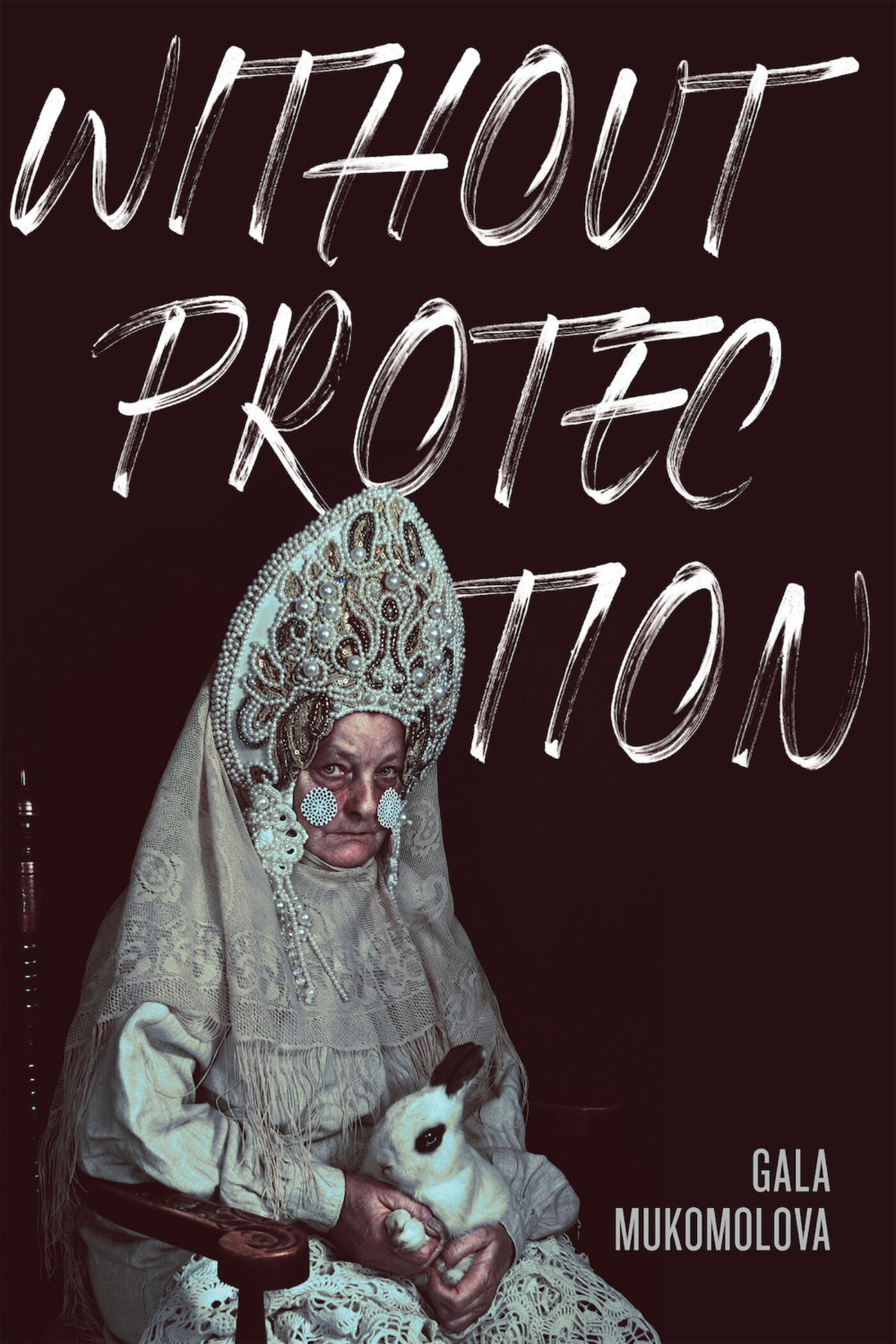 Gala Mukomolova’s new collection of poetry, Without Protection (Coffee House Press), came out in Aries season, the month of a cardinal sign that announces bold new life. As the title suggests, Without Protection is fresh and vulnerable and brave, born from the beauty and violence of early spring. Mukomolova is an astrologer as well as a poet, twin arts that channel possible futures based on patterns studied in the past. Her monthly horoscopes and ruminations on the moon read like prose poetry. Without Protection is not explicitly about the stars, though it is interested in a future that doesn’t replicate the violence of the past.

Both tasks, she notes, “interrogated the danger” behind seeking out truth, whether it be the truth of one’s own desire or truths violently handed down from generations of women. “Vasilyssa, a maiden undone by the world, braves Baba Yaga’s forest,” the poems begin, a sort of thesis statement for the collection. Mukomolova tells me she was curious about “how a body marked as female becomes a sexual self, and how fraught and violent that can be in this world. So many memories of myself as a sexed self are not of a relation to pleasure, but a relation to danger.”

Danger runs through her poems as a constant, a force that exists not to punish but to initiate. “It is neither good nor bad/what happens to that girl,” ends one poem, a line many adults who were once girls will find resonant. The first poem in the collection examines the contours of what a girl knows and does not know: “There’s always a forest I know, little else,” it begins, adding later, “The girl knows very little / wants to be brave / says her name / bright like a bird might,” though “I know / which girl I was which girl was left.” The girl isn’t like any other, however. Like many queer adolescents, she wants to know what the thing she wants is, what to call it, and what will come if it is called. The initiation into such knowledge is often violent.

From the forest of fairy tales to the subway that takes her to the shore of the Russian-Jewish community in Brighton Beach, the speaker braves danger to seek out how to embody the knowledge of her own desire: “I wanted / to know what my body knew // what spiders made a night pool of my mouth // while I slept wet / without closure.” Bodily intuition is likened to the spiders we supposedly swallow in our sleep, or the desires of dreams that do not come to an end so much as we awaken from them.

It stands in contrast to the beauty the mother figure offers in the poems: “a beautiful girl like me, men must make advances all the time. A beautiful girl like me has to think of her future.” The future, for the mother, always means the potential to reproduce. This notion echoes a line from her essay, “Inspiration Presents Itself to Me in the Form of Anxiety,” where Mukomolova’s mother spits, “the kind of love you have is empty—no future.” It’s a familiar complaint for any childless woman, one that queer women especially hear from the homophobic mouths of concerned relatives.

When I admitted to Mukomolova that this line has settled in my pelvic floor since I first read it, she expressed her desire to write “the transforming of sacred maternal figures who may not have ever had children, like Baba Yaga, who become monstrous in the childlessness. For someone like my mother, a future without reproduction is monstrous, cannibalistic, eating up the future.” Crucially, Mukomolova recasts Baba Yaga as a wholly other maternal figure than the kind that raises (instead of eats) children.

One story with no mother’s blessing: Baba rides her mortar,
pestle proud
against the bones and forest floor.
Behind her, a broom of birch that sweeps her traces.

The crone’s knowledge can only be absorbed as the maiden herself ages, swallowed up by the crone. I found myself wanting more Baba Yaga in these poems, but perhaps hers is not a wisdom that can be imagined by someone who has only gone through one Saturn return. As Baba herself warns, too much knowledge can make you grow old. Or, as Leslie Gore (who is referenced in the collection) once sang, “I’m young and I love to be young.” Mukomolova had always misheard this line, and in a poem, changed it to “I’m young and I love to be loved.”

“You showed me your beautiful vagina and we touched. I fingered you for six stops. You came, kissed me on the cheek and exited the train.

My heart has never beaten faster.

Just a page earlier in the collection, the subway is a site of compulsive harassment, a teen boy who mutters, “Take my dick. Fat Bitch. Take my dick. Ta ta take it.” The juxtaposition of threat and trust in these two poems surprises with its dissonant beauty. In a world where a woman’s “sexed self” is conditioned by violence, of taking, it is, as Mukomolova writes, “a kind of miracle” that the women found each other, if only for six ecstatic stops.

In her explanatory notes, Mukomolova remarks that she had collected these W4W missed connections as “a baby dyke, hoping to one day find someone hoping to find me.” Recognition and clocking are forms of queer clairvoyance that help you see what is not otherwise noticed. If eros is the drive to seek one another out, then the beauty of Mukomolova’s “queer eros” subverts the danger of the wrong person noticing you. In Without Protection, we see how queerness, too, belongs with the stars, with bodies reaching out for each other to find a form.

Natalie writes about no-wave feminism, queer culture, and left politics. She has a PhD in Comparative Literature and is writing a novel.