Will Corwin by Eve Sussman

In anticipation of the culmination of Will Corwin’s Clocktower residency, artist Eve Sussman queried him about his take on futility and repetition and his interest in architectural interventions. 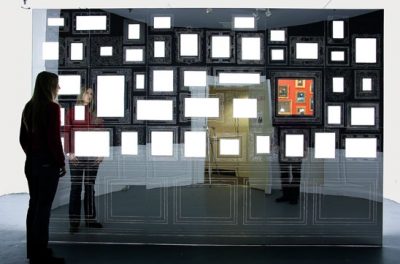 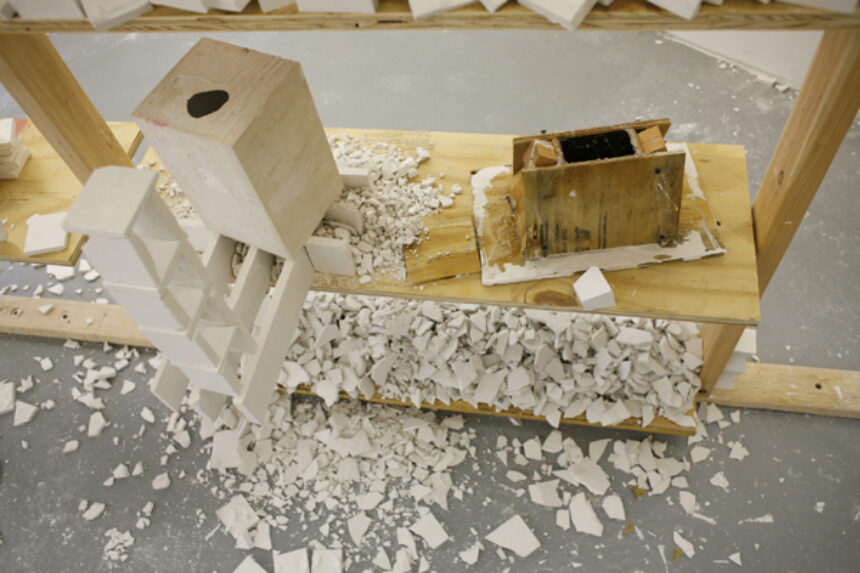 Will Corwin, Auroch’s Library, 2011, installation views, dimensions variable, studio at the Clocktower (operated by AIR, Art International Radio). Photo by Tommy Mintz. Auroch’s Library has been funded by a generous grant from the Jerome Foundation.

Will Corwin has been ensconced in his studio at Art International Radio’s Clocktower residence program for a little over a month, obsessively stacking a makeshift shelving unit with plaster objects that stand for a personal museum—memories crystallized and piling up till some of them, the ricketier ones, inevitably topple and crumble.

Next Wednesday, August 10th, from 6-8 PM, the Clocktower Gallery will host a chess match between International Master Irina Krush and Grandmaster Robert Hess, with blow-by-blow commentary by Grandmaster Maurice Ashley, on a chess set built out of components from and referencing Corwin’s installation, Auroch’s Library. In anticipation of the culmination of Corwin’s Clocktower residency next Wednesday, artist Eve Sussman queried him about his take on futility and repetition and his interest in architectural interventions.

Eve Sussman You’ve completely taken over the room in a matter of weeks—with a massive amount of hard labor and heavy lifting. I’m curious about your interest in architectural intervention and your relationship to repetitive work.

Will Corwin The heavy lifting was over pretty quick. It took three or four 16-hour days—once I’d built the framework for the piece from the leftover lumber from the James Franco exhibition at the Clocktower Gallery last year, it mostly came down to endless casting of small plaster objects, which, I guess, can be hard labor in its own right. It’s repetitive, to say the least. Unfortunately, the repetition is necessary in order to achieve a certain sense of overwhelming-ness. It’s easy enough to make a mess with dissimilar objects, but to overwhelm the viewer with hundreds and hundreds of versions of the same thing has a disturbing quality. In his Maestà in the Louvre (and in lots of medieval art, to be fair), Cimabue paints the angels and the Virgin Mary all with the same face. That’s my favorite painting in the world, and maybe that’s where I get the fascination with repetition, though it’s not like it isn’t a recurring theme in art. In a long-term piece like this installation I’ve made during my eight-week residency at the Clocktower, I’ve had to find respite from the casting process, so I’ve pushed myself to cast new objects (usually in similarly excessive numbers) and to experiment with poured plaster forms. This has added a narrative element to the sculptures that I only approximated at before with found objects like rocks (there are two in this piece—see if you can find ‘em). The poured pieces have an anamorphic quality that creates a narrative out of assemblages of abstract forms. As for architecture, well, it’s anti-architecture, I think. I’ve made a big x-shaped, wooden shelving system that divides the room into four triangular spaces. There’s a lot of “dead space,” but it’s filled with rubble and plaster objects, so it’s actually very much alive. I experimented with the “Rood screen” structure—a wall in the transept that separates the nobles from the common folk in English churches—at my show last spring in The George and Jørgen Gallery in London, and it’s a real disturber of space, so I thought I’d double up on it and really fracture the space, force the room to be part of the piece, as opposed to just housing it.

ES Your installation seems like a comment on the futility and absurdity of it all. Is it possible for it to every be finished?

WC The endless casting and pouring is a bit futile, yes, because no matter how much I make, it will really never be able to fill all the space allotted—as the rooms grow bigger, so will the pieces, kind of like the Stateroom scene from A Night at The Opera, I’ll just keep piling in more stuff. But on an individual level, as the plaster panels and pours and truncated pyramids interact, they form these smaller precarious structures. There’s a balance in the piece between failure and success. Most of the time the structures collapse—I don’t necessarily want that to happen, but I can’t really stop myself from seeing how high a tower I can build, or how delicate a house of cards I can construct with these thin plaster rectangles. When they do stay standing, though, which isn’t often, and even if it happens, not for very long, it’s intensely gratifying. After spending a month straight in the Clocktower, I’ve gone a bit addled, and I’ve started to imbue a certain ambition and personality on these little plaster objects—the structures they make are tremendously courageous! I’ve always had my issues with inanimate objects. We all do. I remember trying to help my six year-old godson Lorcan with his homework and having to deal with his insistence on asking his little stuffed elephant for advice on all his math questions. It was mightily frustrating, but I guess I’m sort of doing the same thing, relying on plaster to help me work out my own neurosis. On the other hand, it’s the sense of play that enervates much of the space and the sculpture. It’s a long piece, and you’re meant to spend time with it, follow the possible narratives that develop between the arrangements. It won’t ever be categorically finished, but it will reach a point of stability, hopefully in time for the chess match on August 10th.

ES Did you like to take things apart when you were a kid? Did you put them back together?

WC I did, but I wasn’t very interested in figuring out how they worked. I liked looking at the complicated guts of clocks and radios and just admiring the odd shapes of the gears and transistors. Modern appliances aren’t like old alarm clocks: there’s a point of no-return where you find yourself face-to-face with some object that is prepackaged and soldered shut. And computers are so boring inside—inside there’s a bunch of prepackaged components, just a lot of rectangles! And the rest is just wires. As for older mechanical things, once you see some gears and a counterweight, it seems like too much work to go through the process of figuring out what turns what. The assumption, on my part at least, is that someone already went to the trouble, and it seems to be functioning, so that’s the end of it. Maybe I have too much faith in engineers! I find the workings of a pile of rocks infinitely more fascinating than a jet.

I think that’s where the piling mentality comes from in my work. If the sculptures don’t “work,” they fall over, and in being splayed out on the floor—in the jarring reminder of their own failure—they work very well, as sculptures. Similarly, if you see a precarious little column of plaster bricks snaking up to the ceiling and being stabilized by a wedge at the last minute, that “works” as well. It makes you nervous and sows doubts. Failure is a very scary but beautiful presence in our lives. Operas are almost never written about happy people for whom everything works out.

Eve Sussman is an artist/filmmaker who will be featured in BOMB’s fall issue. 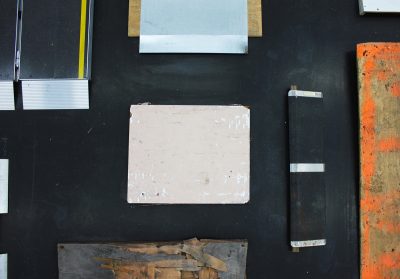 In her new exhibition Ramps, artist Park McArthur considers access as more than a public policy question—it’s a physical property.