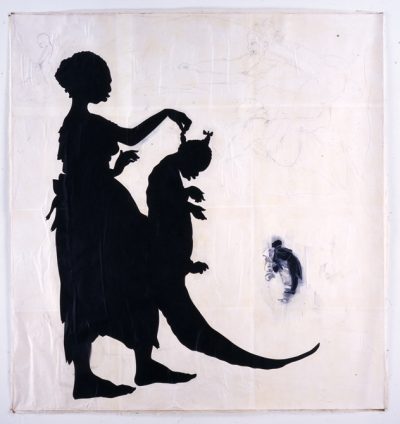 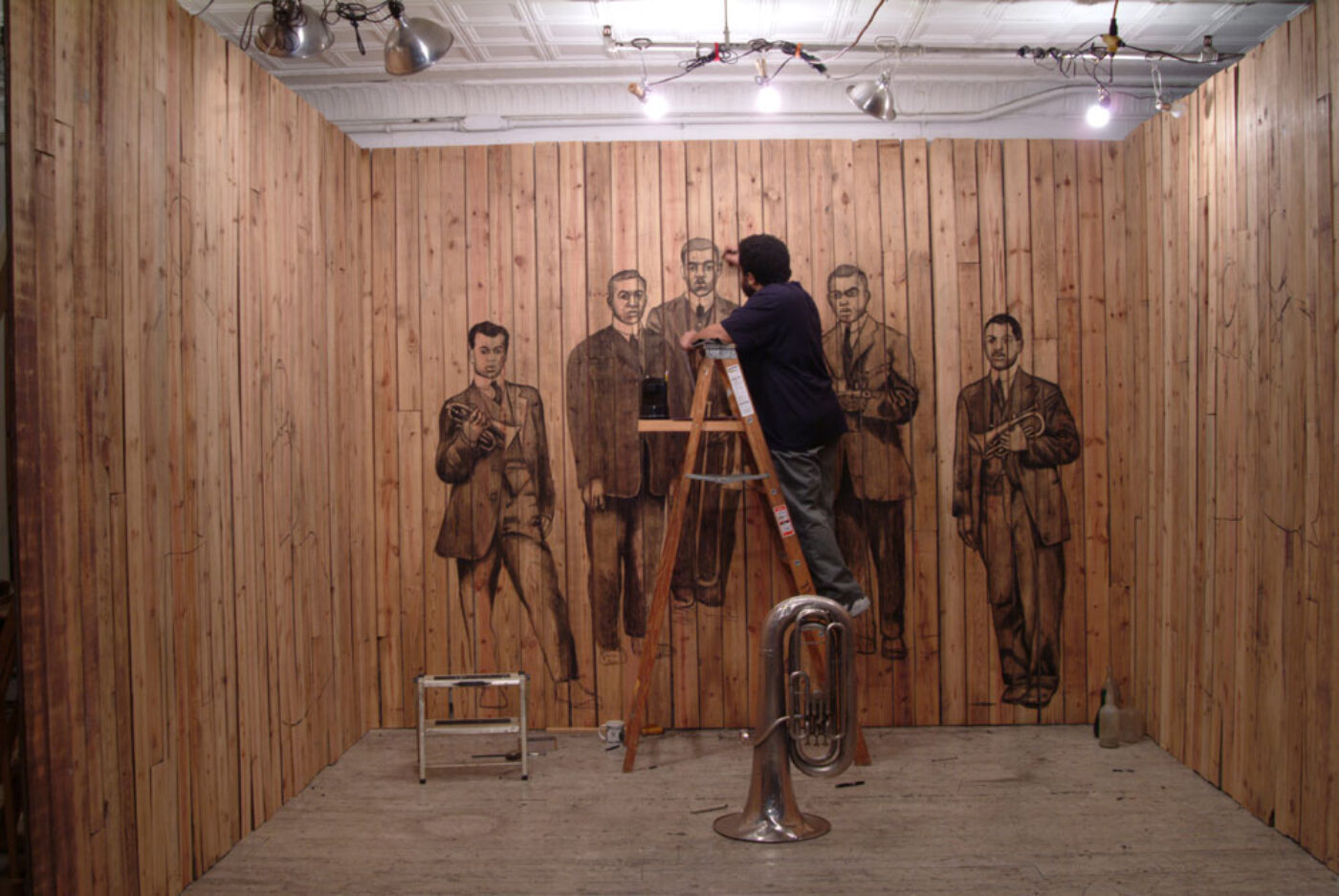 Installation view with the artist and a work in progress, January 2005. Photo by Katrin Grotepass. All images courtesy of the artist and DC Moore, New York.

The interior of the “object” of the home, the objects that furnish these homes, the objects that absent people once used: chairs, beds, glasses, guns, medicine bottles, tools, tubas and record players are in the foreground, while reserved, watchful figures seem to be inside the walls that envelop us as we enter someone’s long abandoned home.

The drawings fade into the grain of the wood or emerge from under partially stripped paint and wallpaper. They are a kind of growth history or natural time line-not unlike the tree rings of the wooden walls that make up their camouflaging background, marking droughts, fires and floods. Ceremonial photos of weddings, funerals, children and military uniforms are the pictographs left to us from the cultural tree Whitfield Lovell describes.

Lovell began at the first ring of this tree with a portrait of his mom when he was five years old. She titled it Whitfield’s Mother, by Whitfield. His father was a serious amateur photographer and Lovell spent hours as a child helping him develop photographs in a darkroom in their home. Lovell’s childhood was surrounded by photography, both his father’s and an extensive inheritance of family photos.

Lovell’s drawings on canvas in the ’80s traced the rings of his known family tree, progressing slowly from the living relatives to second- or third-generation photos with oral histories and quirks of character still attached to them. His father’s family tree has a dressed-up city history going back first to the West Indies and on to Africa. His mother’s genealogy leads to a religious, rural South where it ends in slavery.

The thickest ring in Lovell’s tree is the moment when a project in Texas presented itself to him. A row of wooden housing from the ’20s had somehow survived at the edge of a Houston suburb. When asked to make a work in one of them, Lovell chose to leap into a common pool of ancestry that almost every African American shares. Using photos from second-hand stores in the South, Lovell sifted through the images, making intuitive choices. The combined effect of the wood grain, objects and people leads him to a theme for the work as a whole. It’s a kind of physical logic that makes the work so unsettling and memorable.

Lovell has left his personal history behind and joined the viewer in speculation about the desires and ambitions of these unknowable people. They will become a cultural Rorschach test for each of us to blunder into. Perhaps their true human nature will float to the surface and simple emotions will remain. 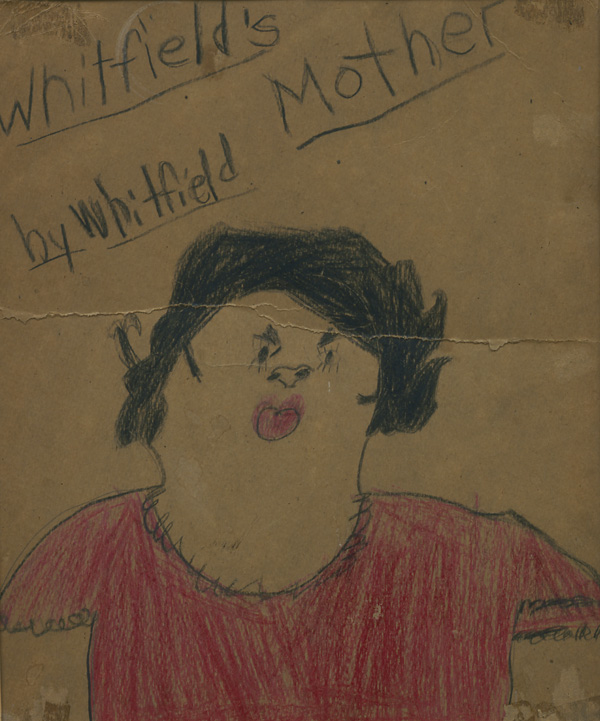 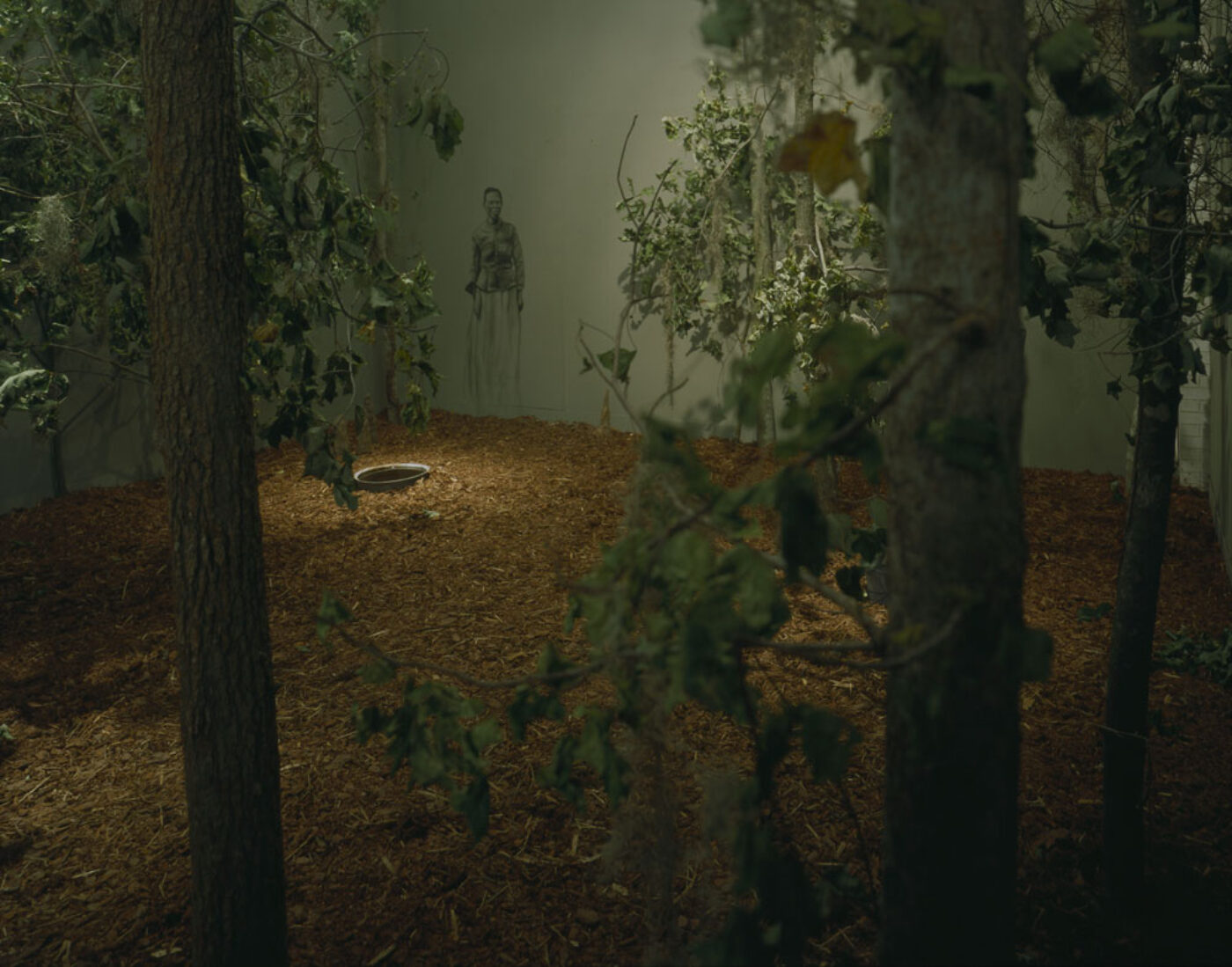 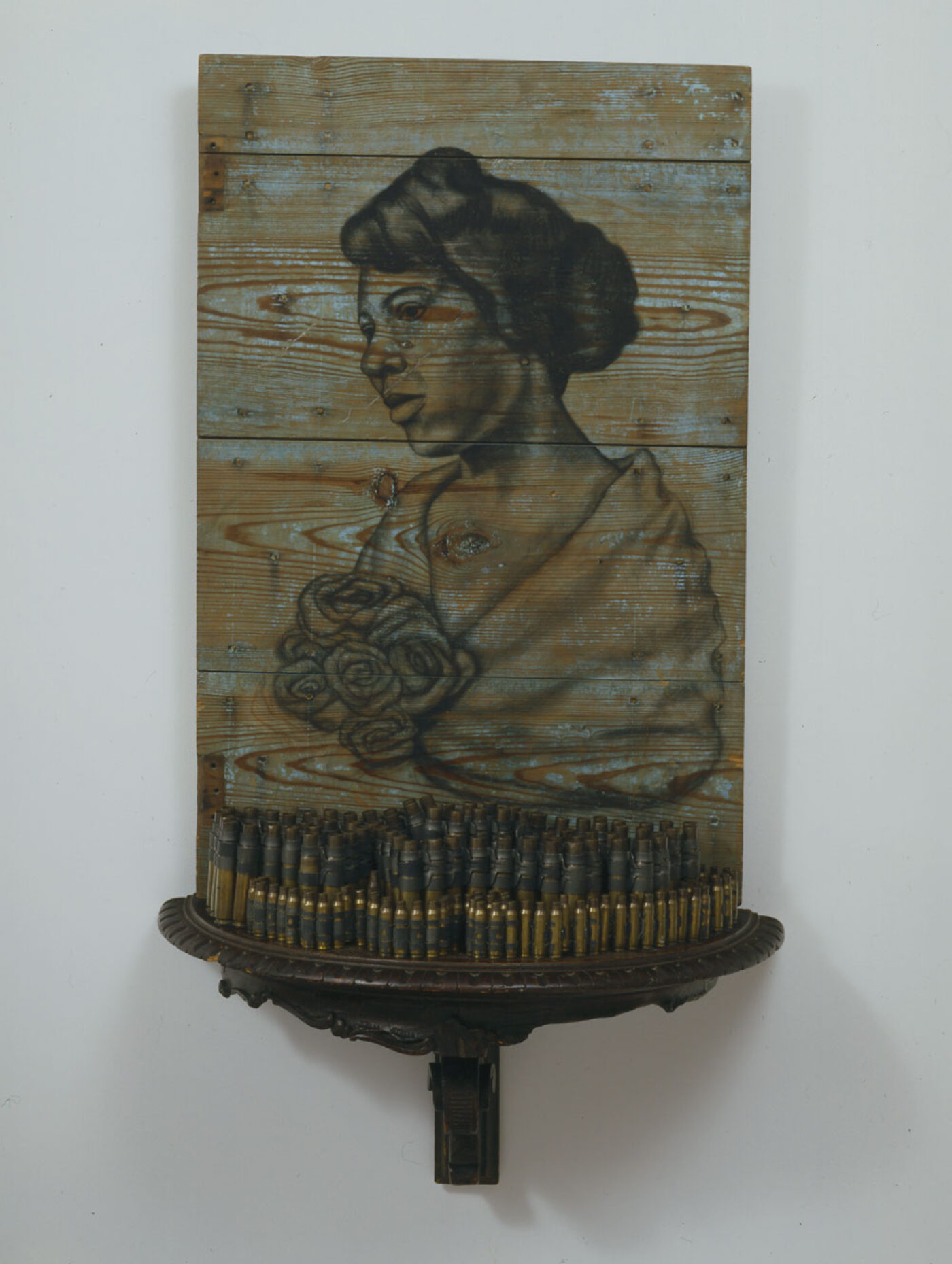