Where Is the Danger? by Silvana Paternostro 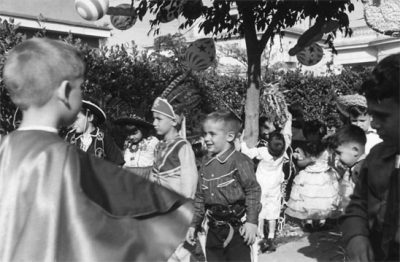 On Tuesday Morning, the definition of danger that I had lived with was destroyed. Up until that moment, when I saw images that I will never forget, the answer was simple: danger was in Colombia.

Three weeks ago I arrived in Barranquilla, my hometown, from New York, where I have been living for 20 years. I had come to write a feature story for an American newspaper, an article that would talk about the absurd climate of insecurity that people in Colombia live with on a daily basis. I arrived with the intention of wanting to understand—by visiting the Colombia I used to know—what has happened while I’ve been away all these years, what has led this country to the state of civil collapse in which it is normal for a former classmate, now a successful businessman, to pick me up in a car full of armed bodyguards; where it is common to go to the movies in an armored car; where the word kidnapping is part of the vocabulary of those same children who still expect gifts from Santa Claus. I wanted to understand a country where a teenager, encouraged by nothing more than the audacity fostered by youthful ignorance, tells a presidential candidate who is in favor of peace talks that the guerrillas have to be shot instead of being engaged in discussion; a country whereupon asking after my childhood friends I am matter-of-factly told how they were gunned down for being involved in shady businesses; or where I am calmly told that there are people who can finally and peacefully go to sleep on their farms “thanks to” the paramilitary squadrons.

These deformities, which have become routine here, were alien to my life in New York, where to ride in an armored car—unless you are a gangsta rapper—is not a symbol of success or progress. In the US, gunning someone down is not an option that is often mentioned in political speeches, or at friendly get-togethers, as an acceptable course of action.

New York has always represented security, liberty, and above all, the protection of freedom. Colombia, as far as the entire world is concerned, represents danger, chaos and the destruction of liberty. On Tuesday morning as I sat speechless and frightened, at my grandmother’s place watching television, that symmetry, which had terrified me and yet consoled me, crumbled. While there is still hatred, fanaticism, and revenge there will be no end to the massacre of thousands of Colombians and there will be no end to those who are willing to kill people by the thousands in the name of Allah. On September 11, 2001, the whole world understood that the danger could be anywhere at all.

Silvana Paternostro lives in New York City but was at her grandmother’s home in Colombia when the attack occurred.