Sight Mapping by John Beeson is a collection of essays and conversations offering insight into the nuances of the European art system. 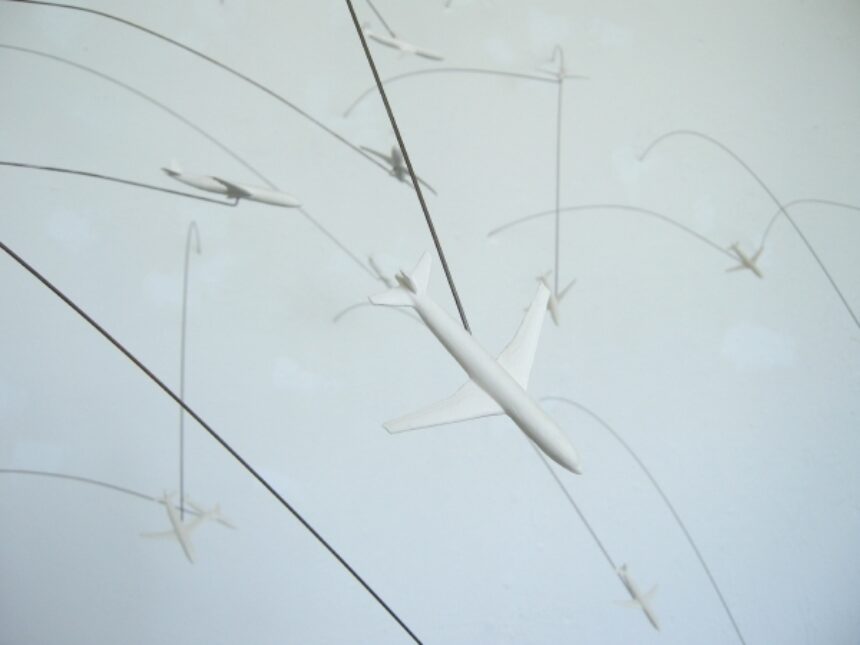 Brad Alexander, originally from Philadelphia, Pennsylvania, has been living in Southern Germany since graduating from Wesleyan University in 2008. Alexander is currently enrolled at the Staatliche Akademie der Bildenden Künste in Stuttgart, which has seen Willi Baumeister and Alfred Hrdlicka as professors as well as Oskar Schlemmer, Max Ackermann, and Bernd Becher as students. Following in the trend of the New Leipzig School—made famous by Neo Rauch—and the Städelschule in Frankfurt, the ABK in Stuttgart is garnering increased attention both from within the region and from without.

In a move that has grown in popularity among a generation of American college students, Alexander targeted the scholarships available for study in Germany. During his time abroad, he has taken advantage of the opportunities to work with pioneers in the field of contemporary art. Alexander is in his second of six years at the art academy. Like so many others, he has found inspiration in a country that is rich with its own history as well as fatally tied to the rest of the world during the modern era.

John Beeson You asked me recently what you should make, and, given that I was in New York at the time, I was pretty inundated with Gabriel Orozco. I had just gone to the exhibition at MoMA and had heard Benjamin Buchloh speak about the work. Orozco’s sculptural ideas were oftentimes dialectical in nature; they had to do with a cultural identity in relation to a greater theoretical, universal interest. For this reason, I was thinking about dialectical models in object making, such as the relationship between physicality and ephemerality, objects and non-objects.

Brad Alexander There are certain dialectics which, for me personally, have become less interesting. One of them is this object/non-object—if you can call it a dialectic—this contrast. In this case, the dialectic exists in the approach to the object itself, how the object comes into being. And, I think my position on whether something is an object or a non-object—if you can call it the synthesis of these two—is a realization that this spectrum exists. An object can exist all the way into non-existence in art, and these non-existing objects are already a canon. Viewers understand non-objects, and they already have a place in the production of many artists.

In terms of the larger picture, the real synthesis is putting that aside and realizing that there are other issues which are perhaps more interesting in art at this point. Now, we can focus on beauty, justification, stance on precedent selection, and endlessly redefining meaning. You can use the entire spectrum of objecthood in your art making. I can make things that are non-objects, and I can just as well make things that are objects. Personally, I prefer that the work appeal to the eye somehow. It is, after all, visual art. A great thing is turning the distinctly ephemeral into a concrete object, which is something that greatly interests me.

JB Take your recent work International Post Routes. How does this logic apply in that case?

BA I was looking at a map online that tracked the movement and positions of all the airplanes flying above Europe in that moment—something impossible to see without radars. The ephemeral nature of the form created by their actual positions can never be repeated, even though radars can produce a schema of their relative positions. Add the fact that there are people, letters, and shipments of different things in the airplanes, and there is a continuously changing swarm of things above our heads at every moment. International Post Routes could be read as a frozen moment.

I didn’t start with an idea consciously generated by a dialectic but rather a fascination with something else. I found this non-objective idea of a swarm of information beautiful, and I attempted to create an aesthetic object out of it.

JB So you found it interesting to try to create an object out of something immaterial? Is this a fundamental part of your artistic process – to pursue opposing logics?

BA In this case that’s what I did. But, I don’t see the value in solely pursuing antitheses as an artistic model.

JB Relative to you personally or in art in general?

BA In art now. Regarding an object and how much materiality an object has, I think there are more pressing concerns in art.

JB What next? If that method is not interesting then what may be interesting?

BA What is important is finding the most suitable means of communicating an idea. We have so many different ways of communicating now—you can choose any one of these methods and use that in how you materialize your idea. Just choosing an established method that has worked for someone else is something a bit naive, of course. It’s not as simple as selecting a process and a precedent and trying to work with the logic of a given type of object. I think developing an attitude towards other models of decision-making redefines how we go about making our own.

JB That’s an interesting way of looking at it—that choice is at the forefront of what’s interesting today because there are so many different choices that one could make.

BA I think that’s one of the hardest parts about being an artist. You have to make decisions that force you to take stances on older methods. 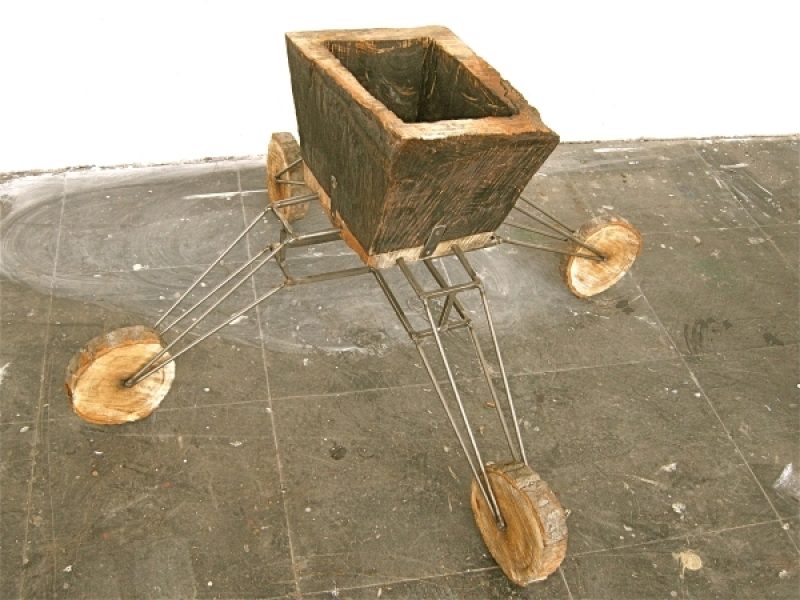 JB So, recently, I had a conversation about the popularity of the conceptual manner being taught and exercised at the Städelschule in Frankfurt. Some people seem to believe that a shift may be occurring in favor of the practices at the ABK in Karlsruhe and the ABK in Stuttgart. Do you find that the education at ABK-Stuttgart stresses a diversified approach to art?

BA Absolutely. And, I think approaches vary widely from class to class. Someone said to me that the experience students can have in different classes could be so extremely different that it would be as if they were studying in different academies. Every professor has a different approach, which includes showing the students different styles of decision-making.

JB Does the work that an artist makes need to highlight in some way the fact that they’re making choices and that they had a lot of different options to begin with? For example, maybe that’s part of the problem with being a traditional artist today—that, by doing so, you’re not reveling in the fact that you have so many opportunities and so many different choices.

BA I think that artists are more and more being forced to justify themselves.

JB In what ways?

BA For example, one of the first questions that Peter Friedl asked me when we met recently was: “There are already so many objects existing in this world – especially in art – and what gives an artist the right to bring a new object into existence? Why should somebody do that?” Of course, that’s a really good question; it’s a really complicated question, which is nearly impossible to answer.

BA There you go. That’s sort of my point before, regarding the dialectic. How do you bring that dialectic up to date? How do you make it relevant to what artists are doing now? And, I think that using the whole spectrum of the dialectic is like giving a nod to the history of the object/non-object contrast, and then going about your own business.

JB If historical dialectics are not as interesting today as this new type of artistic activity—making choices from a vast field—then what about the existence of dualities as a model in individual works of art?

This relates to some of Orozco’s works—Black Kites, for example, which is a human skull drawn over with checkerboard patterning. Dualism is a motif or, rather, an artistic model that comes up again and again in his production of objects. He takes a given subject and complicates it with another subject, which may or may not be given. It may be patterning, or it may be a process. But, it’s this idea of one-to-one.

BA In terms of contemporary ideas, that’s one I find very interesting—these one-to-one relationships. How can you take an object and by the addition of another layer—oftentimes a very simple layer—change the meaning of the object? 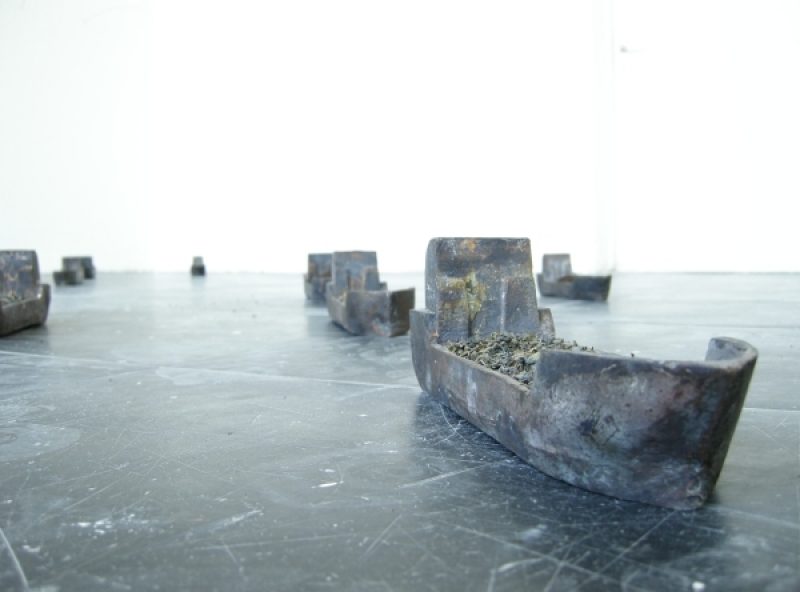 JB Why is the model of duality so interesting? Is it limited to dualities? Could it be tripartite relationships between subjects? Or, could it be abstract subjects?

BA Absolutely. There’s something about this one-to-one relationship that is already so complicated in itself, and I think it’s interesting to see how many times and in how many different ways an artist can successfully make one plus one equal something other than two. The possibilities there are infinite. In terms of projects, this might be one of the more interesting projects for artists now. Although, I could be wrong.

JB And, the idea may still apply on an individual basis. If the work of art is made by complicating two subjects, and the result is something irresolvable or paradoxical, then that’s the question that I was trying to ask initially: “Is this a particularly interesting method now?”

Just as we were discussing what’s interesting for artists today—and your response was making choices – what might be interesting for the viewing public today? What could artists do in terms of choices and art making models that would be interesting and relevant to the contemporary public?

BA One thing would be to continue making things for people to look at, but at the same time to stop making things that people can only look at. There is a subtlety to what I mean —I would like to come into contact with artworks for whom the viewer’s experience is more closely related to the complexities of living rather than simply being a direct aesthetic and intellectual interaction. I haven’t figured out how this can be done, but I hope it develops naturally in my work rather than looking like I’m taking a stance on the matter.