Earlier this year I posed a question to 12 admired painters: “What is the current state of abstraction?”

Check back weekly for responses to Jackie’s question.

“The state of abstraction” is so general, and vague, but I guess there should be something to say about it. We have had “abstraction” with us long enough that there is probably a consensus about what it is, although any definition would get very fuzzy at the edges. In the contemporary context, there appears to be a divergence between “sincere” abstraction and “ironic” or even “bitchy” abstraction, although frequently, and paradoxically, the latter feels emotionally deep and on target, and the former seems full of shit. This split is related to the question of whether there can still be “progress” or “discoveries,” and there have been particular and different approaches to exploring this issue, notably in Germany and America. It keeps coming back to definitions, and to the relationship between the personal and the public.

Abstraction presupposes itself to be either a private language or a shared one, with the first approach leading to works of “self-expression” and the second to embodiments of the manipulation of codes. These different categories share a self-referentiality which may be peculiar to abstraction; except in the extremely rare case (today) of a spiritually grounded investigation, abstract art relies on other art to provide its reference frame. While it is ultimately true that abstraction isn’t abstract and representation isn’t representational, it’s much easier to become confused about that with representational art. Subject matter and even chains of appropriation appear to offer levels of reading other than the formal/structural. Although one of the confusing things about the state we’re in (implicit in all of the above) is the extent to which abstraction has become a representation of itself. 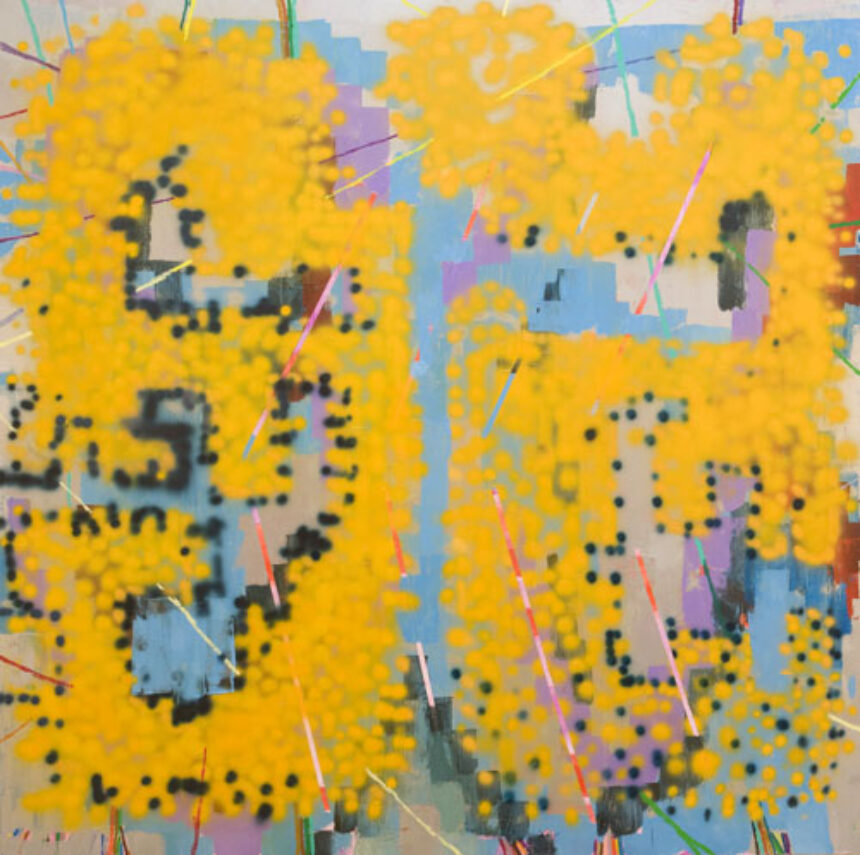 A big question now is the sincerity/irony problem in abstract painting. In my own paintings, I think a lot about the structure of jokes to attempt to articulate some sort of intelligent middle ground that encompasses sincerity and “bitchiness” as Carroll Dunham aptly calls it. Jokes have to be true to be funny; they allow you to laugh at something sad or wrong. To ring true, they must come from an honest place, not simply from bitterness. Like a good joke, a great abstract painting has to come from a sincere place and be aware of the absurdity and complexity of that place as well as this world in order to avoid naiveté. Now we require of the artist some sort of distance from his/her work in order to see a bigger picture, but I would argue that it should still be from an honest internal spot.

In a larger sense, in an attempt to answer the question, “What is the state of abstraction today?” I compiled a list of various directions I see happening now, particularly among younger painters:

Keltie Ferris has a solo show, Man Eaters, at the Kemper Museum of Contemporary Art through February 5.

Marc Handelman: Through a quasi-language of negation, abstraction was perceived as the response, if not antidote, to too much populist pleasure, too much spectacle, and a false logic of representation, which it sought to make visible.

Cheryl Donegan: When I was very young I remember thinking that abstraction was something you had to grow into, you had to earn. You couldn’t just do it: that would be somehow fake or false. Maybe that is because I associated it with wisdom or truth.

Jackie Saccoccio is a painter living and working in CT and NY.