What do we want to know and how far are we willing to go to get it?: An epistolary novella by Julie Carr

I’ve been meaning to write to you for some time, though I am sure you are surprised to hear from me. I think we’re not much alike. At the time of our closest connection, you were tall, narrow, and quiet in a long coat—very elegant. I was distraught but I doubt I looked it, practicing handstands on subway platforms. I hung out with the one angled between us and you did not, but actually, one could say it was the other way around—he went home with me and thought of you. For this reason I couldn’t speak to you when we ran into each other at events, I wouldn’t look at you unless it was always, and then I did, across rooms shut tight against traffic moving models and billboards, freezing them in air. I thought you beautiful in ways I could not be. I also thought that you were cruel. But it wasn’t cruelty you carried but an irresistible sense of tragedy (it has to be mentioned). There was something about a bridge: the two of you walking across it in the wind. I think it was there, on that bridge, that you revealed your motherless status—

I write in the morning: a fly and a glare. And I “try to show you what is inside myself—a freak, a foible, a mental illness if you like.”

In light like this, I should try better to reveal my motives, but I’m not sure I know them to show them. Is it that you should have been my daughter rather than my rival? If we were hit by the same strong wind, I should have been the one to protect you? No tears. “I admit I hide out in the office,” the x confessed once the two of you were finally off in the City of Magnificent Distances. How and why did this communication occur? I report this not in order to hurt you, but to reveal to you what hides. I am trying only to uncover what’s been concealed for so long, and if I happen to express contempt, even disgust, you will forgive me? But J., everything you read is a reflection—and so you will need to forgive not me, but yourself.

Today my ten-year-old daughter told me, while doing some Lady Gaga moves in the kitchen, that she had just two things to look forward to: owning a credit card and sitting in the front seat. She has other things to look forward to, worthy things, as you and I know, or as I hope you know, because I cannot tell, looking at your photos, what you know, which is why, maybe, I am writing. “Nothing,” writes Flaubert in the mind of Emma Bovary, “was worth the trouble of seeking it; everything was a lie. Every smile hid a yawn of boredom, every joy a curse, all pleasure satiety, and the sweetest kisses left upon your lips only the unattainable desire for a greater delight.” Maybe I just want to prove to you that she is wrong.

There is no harm in speaking of the past, for the past does not exist, is nothing, less than the light that falls toward my face. The future, however, is a red fox, running right past me, headed for the dark hole where it lives. Or else it’s like the flush in Emma Bovary’s cheeks: fleeting, alluring, and unsure of its cause.

We looked at one another across a classroom. We were in a soft box. We’re in one now. There’s a lot that doesn’t happen. We aren’t in a field or a river. We aren’t naked. We are not the children of communists. Nor are we loved by religious grandmothers. Our light is ugly. We are worried about words. We don’t touch one another’s wrists. J., I know nothing of the party happening in your head, I can see only your body, and that only in my mind. I don’t cause myself physical pain. This is better theater, more believable, stronger. There’s water in the bottle and charge in the machine. Ink on a piece of paper. I have no requirement to speak of anything in particular. I ask you to look back at me, and that’s all. Someone else might make a play about his father. Someone else might sing “born to be wild.” I do this; and if I happen to express adoration for an absence, you will forgive me? You will forgive yourself.

Today I read about the inventor of chemical warfare. I read about chlorine gas, mustard gas and the gas that damages, not your body, but your brain. When you are exposed to this gas you are stripped of your will to participate in even the most mundane tasks. You hear the groans of others, but you cannot hear yourself groaning. You see that they are in pain, but you cannot feel your own pain. The colors of the world become all one color. Thought dissolves into a fluid form belonging to anyone.

J., it’s been a bad day full of semi-enclosed spaces and too much parental guidance. You do not have to like me, but think of me as an eager affection fixed against reason, as something that resists.

The secrets under the hat are a kind of fuel for me, driving this incessant interest in letters. Every day resolves itself in language, like insects running across snow, or like the premonitions of Philip Glass heard through a pillow.

Words are talismans. I’ve never been so happy/frightened/sad.

I escape the pains of the present by re-examining the pains of the past. As I rode the bus home from another X’s apartment—I was almost a child—I didn’t yet drive—my body sometimes involuntarily jumped, as if either sex or shame created spasms in my nerves. This was not pleasant, but it wasn’t unpleasant either. Like lying, it created in me the feeling, false I now know, that I was following my own fate, a fate I couldn’t control but which would one day reveal its logic to me.

Did you have that sense too when you turned as panoramic as an air raid and I couldn’t get out from under?

And were you to blame?

There are, in life, competing passions. And perhaps we choose which ones to live in, or perhaps we only narrate the past.

Later I would try to imagine my own bad behaviors as motivated by something other than the desire for revenge, a sort of freedom. But there was no other deeper motive than this desire for freedom won through cruelty. What had been done to me, what had been done to my mother, this I would now do to others. As if all men were one man and all women me. J., all the ways in which I’ve hurt others have made those others more beautiful to me.

I know exactly how that sounds. But this has been true for a dozen years, and was true before then, though I didn’t know it, and might also be true for you.

For a while I found it only an amusement, imagining your pristine home and history books. Or picturing you with an infant on some Italian island like H.D. Then something changed and that scarf you always wore took root in my mind. I was afraid that crying on the subway or puncturing your body with needles, you had become the performance artist I always wanted to be, had settled down in Germany or somewhere else where ugliness is a virtue. I imagined taking up smoking and walking along the Muddy River with you at dusk. I thought about sitting on the hood of a car with you like it’s the seventies again, a cat in the car’s shade sleeping until the sun shifts. This isn’t an erotic narrative, but it is a passion. In the basement of a piano showroom you beat your drums. I don’t say much. I tie my shoe. I am in your debt.

I have discovered this need to break something, even if it’s only a housefly’s wing. Sex is too see-through to make me real. Narrowing my eyes, tightening my jaw—this is my way of loving you and it’s gone on for decades. I’ve kept my pulse pretty steady through all of it, except when I think of you calling me by my full name. It’s like this:

1. I have become “for you”
2. If I claim never to have admired you, I will lose the part of myself that misses you
3. And so will miss that part of myself

I write again, after months of nothing, on this the first day of a new year, with a confession: I allowed my daughter and her friends to watch Psycho at her slumber party. I had no guilt, I wanted them, for reasons I didn’t at the time think about, to see that mother in the basement: her empty skull propped on her clothed and rotting corpse.

This mistake, if it was a mistake, has cost my daughter at least one friend—that is, if the friend’s mother has anything to do with it. I wanted to shout, not at that mother, but at the world, maybe at you: better that they see the rotting corpse of the mother than the dozens of fleshy girls parading themselves before panels of judging “sales associates” and “friends” in “Say Yes to the Dress”—where they submit, as I had, to the regime of “self-improvement” with the goal of acquiring the male, the children, who will then all be submitted to similar rituals of dressing, redressing, presenting and representing themselves before ever widening circles of judges for ever more violent reconstructions.

That, J., is the true horror show. The dead mother is only all of ours, the dead mother we carry from room to room, we dress her and speak to her, we shout at and whisper to her—she must be dragged from the basement into the light of day, not so we can finally bury her, but so we can finally admit our love for her, how we care for her, how we speak in her voice, how finally, we become her.

Julie Carr’s most recent poetry book is Think Tank (Solid Objects, 2015). She is also the author of Rag, 100 Notes on Violence, Sarah—Of Fragments and Lines, Equivocal, and Mead: An Epithalamium. She is the founder of Counterpath Press, teaches at the University of Colorado at Boulder, and lives in Denver. Objects from a Borrowed Confession is forthcoming from Ahsahta in 2016. 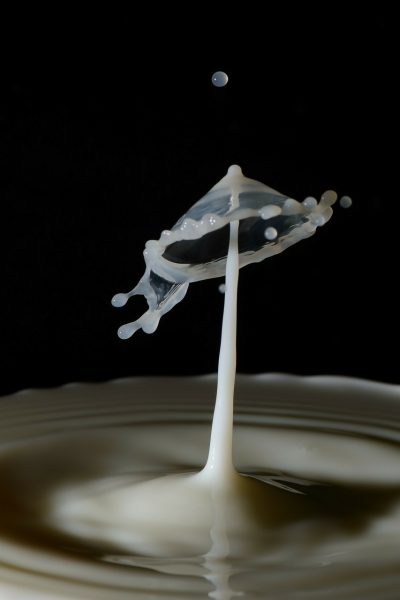 He used a specific verb, which I forgot to write down: screw.  With the bottles screwed into your breasts… It all started with screwing, what does he make of that.