We Deserve Nothing by Sarah Gerard

Sarah Gerard on Existentialism, relationships, and Alexander Maksik’s You Deserve Nothing. 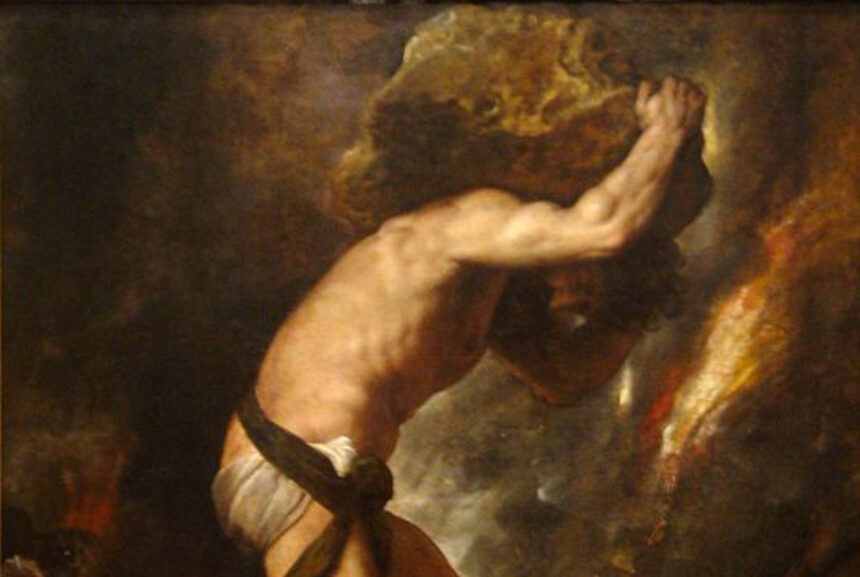 Choice is an apt theme in literature today, and a timeless one. One could argue that it’s more important now than it’s ever been. Occupy Wall Street demonstrations are escalating in New York and places around the country and abroad. The presidential race is heating up and the national debt is skyrocketing alongside the divorce rate. Choice was Penelope’s only defense against the onslaught of suitors, Bartleby’s revolt, Frodo’s first step on the journey to Mordor. It’s also central to the story of You Deserve Nothing, Alexander Maksik’s debut novel and the launch of Alice Sebold’s new imprint, Tonga Books.

But what does it mean to make a choice?

My husband and I eloped this July after two months of dating. I had recently left a long-time boyfriend and many of our friends were upset over the manner in which I did this. One of them, a girl that I was close with when I still lived in Florida, complained to me that she “just didn’t know how to talk about it with people.” Another said that I “put her in an awkward position.” Doubtless the choices I made had unfortunate consequences for many of the people close to my ex and me.

Maksik’s book arrived in my mailbox at a moment when some of the consequences of my breakup were coming to light. I had tried to keep many of the details a secret because they were less than flattering, but a few of our mutual friends were still busily uncovering them. One, in particular, who had told me to “deal with what I had done” felt personally insulted that I had not been completely truthful with her while the split was happening. I explained that the fault was not entirely mine and not entirely my ex’s, but she thought she deserved more of a clear-cut explanation, and I didn’t know how to, or didn’t have the nerve, to give her one. Knowing some of the works that Maksik dealt with in this book, I began my research with Sartre’s “Existentialism is a Humanism,” which I hadn’t read since college. One passage, in particular, stood out to me:

We are left alone, without excuse. This is what I mean when I say that man is condemned to be free. Condemned, because he did not create himself, yet he is nevertheless at liberty, and from the moment that he is thrown into this world he is responsible for everything he does.

The main character of You Deserve Nothing, Will Silver, is an almost mythical high school English teacher of the Dead Poets Society variety at the International School of France (ISF) in Paris. He is well-loved by students and faculty and seemingly happy in his job, where he’s told by a fellow teacher, Mia, he is “changing lives.” He describes the relationship between teacher and student as “a kind of love-affair” and teaches his students to ask themselves questions of “courage, passion and belief.” But after consenting to an affaire sexuelle with one of them, Marie de Cléry, Will’s fate is inevitable, and the lessons he teaches become all too personal.

Narrating from three alternating perspectives—that of Will, Marie, and Gilad Fisher, a student of Will’s from an abusive household—You Deserve Nothing achieves a sort of kaleidoscopic view of the moral complexity inherent in Will’s relationship with Marie, leaving one to wonder, in the end, whether either party was ever the victim. Some have criticized Maksik’s book for its moral ambiguity, saying that Will’s lack of apology in the end is ethically unsound. Rather than falling squarely on one side or the other, Maksik poses a series of philosophical questions in the form of classroom discussions, dropping names like Sartre, Camus, and Shakespeare.

Some days ago I sent a very long letter to my friend who didn’t know how to talk about “it” with people. I explained that, while I had done a number of things wrong in the end, the fact remained that I was, for a long time, very unhappy in my situation and very much in denial about how unhappy I was. I said that the matter was complex because people are complex; love is complex. She responded that I still wasn’t taking responsibility. That I was, in her words, “living in a fantasy world.”

Perhaps the most controversial of Maksik’s characters, Marie de Cléry is portrayed as a blossoming sexual creature with equal parts moxie and naïveteé. Will is an emotionally disconnected and deeply unsettled man carrying the memories of the marriage he once had and the life he might have lived. In private, they come together shrouded in innocence that tastes like first love. Will is tender with Marie; Marie is steadfast for Will. There is a sense that something very genuine is happening between them. The lack of resolution in the end seems to suggest that, while man “is condemned at every instant to invent man,” as Sartre says, in assigning value to our choices, “nothing remains but to trust in our instincts.”

Opening the novel in what one reviewer called a “detached Meursault-esque tone,” referring to the protagonist of Camus’s The Stranger, Gilad Fisher is a world-weary teenager tired of being dragged from city to city on his father’s political business. Though the revelation of his unstable home life comes a bit late in the story, the effects on Gilad’s character are clear. He is withdrawn, lonesome, maybe even shy. But when he is placed in Will Silver’s class, his story becomes one of the transformative power of literature and authoritative influence—and the benefits and dangers of believing in either. Though, in the end, he is able to stand up to his father (knowing that, even in doing so, his mother will have to choose for herself what is best for her own life), Gilad is also crestfallen at the news of Will’s transgressions. He is left feeling foolish, confused, leaderless again.

Linking his story to Will’s is the most topical of the book’s characteristics, its enveloping political unrest. Set in 2002, shortly before the American-led invasion of Iraq, Will encourages his students to participate in the protests taking place in Paris. But when Gilad and another student, Colin, a fiery Irish kid, follow through on his suggestion, they witness their teacher’s failure of courage. Seeing his students from a distance, Will steps forward to help two young Jews who are harassed by anti-Semitic protestors. But in the moment of crisis, he falters and disappears into the crowd. Knowing that Gilad and Colin saw this, Will comes to class the following Monday with a lecture on Sartre’s political writings, saying “he continued to write” in the face of persecution: “He kept writing anyway.” Colin calls him out:

Choice is separate from anguish, from desire, from will, from action. It is an interstitial space; it is the crest of one cliff reaching toward the crest of another. It is, as Gilad says, “as if [we] were on the precipice of something.” Stepping off, we can fall, or we can fly.

One of the major complaints of my friends concerns the amount of time that I lingered with my ex. Several months went by while I deliberated: Was leaving the right thing to do after so long? Certainly I wasn’t happy anymore, if I had ever really been truly happy. But had we tried enough? And what was “trying?” And how much did I love this person, or love these persons?

In the foreground of every New Yorker’s mind right now are the continued Occupy Wall Street demonstrations, which celebrate the end of their second month at the time of this writing. Since its inception on September 17th, hundreds and hundreds of Occupy protests have sprung up worldwide with thousands of protestors joining the ranks every day. Daily emails flood my inbox with news of arrests, marches, and requests for donations. But what is striking is not the pervasive smell of revolution in the air as I walk the streets of Manhattan every day. Rather, what amazes me is the overall sense of normalcy we manage to maintain in spite of it.

And indeed, why shouldn’t we continue on? Each of us has something to lose in a city where the minimum wage is $7.25 an hour and the tiniest studio apartments begin at $1,000, where the homeless count recently topped 40,000, where, according to a July New York Times article, nearly a half-million working class people live in Section 8 housing. How can we justify missing work to sleep in a park, to march in the streets, to brave arrest in the name of ideas? Gilad follows Colin’s comment with one of his own, a quote from Camus’s The Myth of Sisyphus;

It happens that the stage sets collapse. Rising, streetcar, four hours in the office or the factory, meal, streetcar, four hours of work, meal, sleep and Monday Tuesday Wednesday Thursday Friday and Saturday according to the same rhythm—this path is easily followed most of the time. But one day the “why” arises and everything begins in that weariness tinged with amazement.

I received an email from a friend today, the one who said that I put her in an awkward position. She told me that, “It is only the present moment where we hold any point of self.” [sic] I agree. Camus spoke of a conscious and constant revolt, a sustained awareness of man’s absurdity as he stared into the chasm between existence and its meaning. It is in this moment that man realizes his own freedom: “That revolt is the certainty of a crushing fate (death), without the resignation that ought to accompany it.” Where he might choose suicide in such a moment, the logical outcome, Camus says, is life. To forge ahead in that state of revolt, making for himself the life he would choose.

And while there is no God to cast his morals upon us, Camus says, self-examination is not so bad. “It is good for man to judge himself occasionally. He is alone in being able to do so.”

Sarah Gerard is a Brooklyn-based writer and contributing editor at Caper Literary Journal. Her work has appeared or is forthcoming in the St. Petersburg Times, The Brooklyn Rail, Word Riot, elimae, DOGZPLOT, and Prick of the Spindle. She was founding editor of the Studio Review and managing editor of the Homeless Image, a southeast regional street paper. She is an MFA candidate at The New School.