As spring slowly warms to summer, casting off the heaviness of winter, anyone who has patiently endured the nasty weather is entitled to at least one guilty pleasure—a little azúcar to further sweeten the transformation from heavy scarves and smothering hats to bare, brown shoulders, and flip-flops. Up, Bustle and Out’s Master Sessions 1, CaIle 23, Havana is a guileless broker of this much-anticipated metamorphosis.

The fourth full-length recording from the Bristol, UK-based trip-hop ensemble is built upon the collaboration between Up, Bustle and Out and acclaimed Cuban flautist Richard Egües (long-time member of the historic Orquesta Aragón). The peppery, percolating grooves of UBO’s Rupert Mould and Clandestine Ein are set against and juggled with Egües’s saucy, driving charangas. Avoiding luxuriant nostalgia or dissonant syncretism, the two parties provide each other ample room to show off new music and flash old tricks, trading places every two or three tracks. Egües’s flute is exuberant and kinetic throughout—especially in the floating, coquettish lines of “Mami.” The sinuous “Por Eso Quiero,” featuring vocalist Javier Olmo and Egües sitting in on piano, is charmingly intimate and relaxed. Mould and Ein maintain a smoky, active groove, wielding tight drum tracks and atomically chill bass lines, faltering only on the facile “Havana’s Streets.” The weakness might be overlooked, however, considering the generosity of Mould and Ein. Master Sessions was an indirect result of substantial donations the duo made to Radio Rebelde (the pirate station established in 1958 by Che Guevara). Royalties from UBO’s 1997 release Carbine 744, 520 … A Dream of Land and Freedom, a recording that commemorated the 30th anniversary of Che’s death in Bolivia, were donated to the station for the replacement of antiquated equipment. As a gesture of appreciation, UBO was invited to Cuba to record with Egües’s Orquesta.

Egües’s and UBO’s desire to respect the musical tradition of Cuba while striving to create a new sound is refreshing. To maintain a romantic Cuba and to consider its music only in an immutable past is to disregard the painful, culture-colliding dynamism that made the music necessary. Up, Bustle and Out and Egües are on to something new. 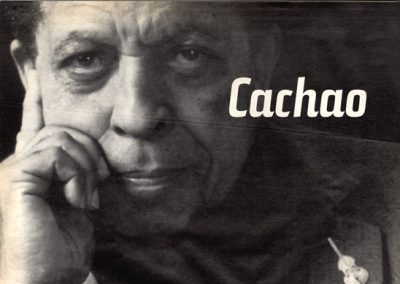 Cachao, the bassist who created mambo, is now the subject of a documentary, Like His Rhythm There’s None Other. Throughout his rich career, he has cut across the boundaries between nations, musical forms and styles. 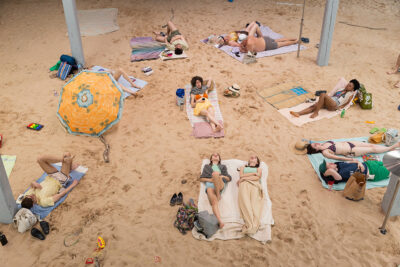 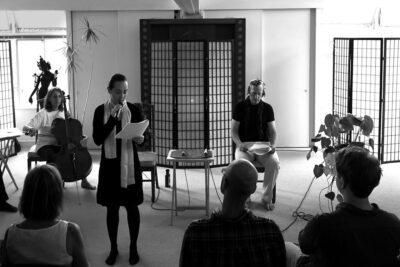