Maybe this time he would find it. Then he could be through. 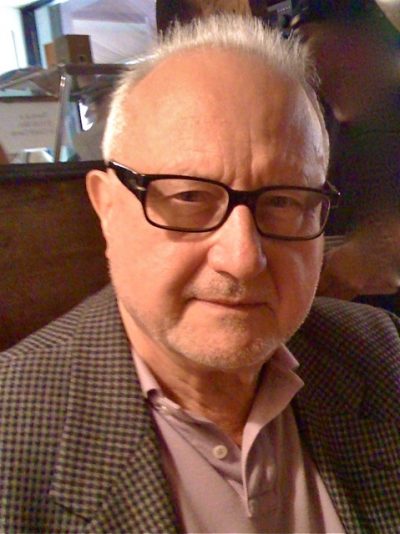 Maybe this time he would find it. Then he could be through. He felt the sponge’s resilient gratefulness as he slowly pressed it downward, washing away the probable shapes of his name—shapes that yesterday had effaced the rhythmic crests of waves whose memory the sponge always returned to, with or without his volition. Now he felt it sliding into an apparition of a breast. He didn’t have to look down to recognize or read it—more and less than recollection of flesh, it was the glyph that encapsulated what was left to him of his first wife. He pressed down harder and watched the vagrant spread of rivulets of diluted detergent. The sodium suds glistened like the crystal flicker of light snow flurrying in the sun. The proportion of soap to water was now just right; suds and sponge were in proper tune. Early on, there had been too much soap, making the liquid film too oily and the sponge too slippery. It took some time to achieve the silken evanescence that might yet lead him to a memory of silence.

How long he had been painting here he could not recall; he only knew he hadn’t begun soon enough. He remembered staring at the 24 by 36 inch checkerboard grid of black and white linoleum for days, maybe for weeks, before he started. A perfect rectangle left in the space between the dishwasher and the corner of the end of the kitchen. At first he just wanted to clean it and rid it of its scabrous stains. Slowly hand and sponge impinged upon the intention of his task and made gestures that claimed more than cleansed the grid of the rectangle. Daily more layers of patterned marks gave new life to the transparencies of his toil and called the grid into presence—now like lace mantillas of foam drawn on the beach by retreating waves, now like the flapping curves of gulls in flight, now like the lush loops of the snail’s spiral growth, layer upon layer of memories glided and elided in liquid configurations of serpentine muteness. Here in this corner, here was the only place left where he could still test the limits.

He had stopped talking when he began to refer to himself as “he” in his thoughts. Maybe it was before. Had he stopped talking before or after his lawyer and his daughter had done him the grace of having him legally declared mentally incompetent? Mentally declared legally incompetent? Before or after he had destroyed his last canvas? It didn’t matter.

The television was the only companion he needed; of course, he never turned up the sound. His daughter continued to pester him with entreaties to get off his knees and return to canvas. Odd how, right from the start, his knees had never hurt him. Mostly he was indifferent to his daughter’s stupidities, but occasionally he wished she would return to the mineral apocalypse of the City and her drug dealing friends. The maid was smarter. When he stopped talking to her, she stopped talking to him. She never touched his corner. She knew.

He watched as the marks of his sponge evaporated on the linoleum’s shiny hardness, leaving only the barest tracks of their breath behind. Slowly the overwhelming sweetness of the decaying whale’s stench seeped into his mind. He stopped watching sponge and hand. Already dead, the whale had just appeared offshore one day. The ocean’s uncustomary stillness held the bulbous corpse in place, some fifty yards from the beach. Bored surfers swam out and climbed atop the slimy mound, laughingly turning it into a water slide. Amongst them was his studio assistant who had so recently made his daughter pregnant. He watched as his assistant and three others once more ascended the curving sleekness. With a slurping belch, the rotting membrane, all of a sudden, collapsed; and all four disappeared into the mush of the abdomen inside. The vehemence of their cries and vomiting were quickly lost in a muffle of thick stillness. Was it their ingestion that hastened the whale’s blackness into pearlescence and made the stench so stupefying? How often had he sought out that putrescence with his sponge? Was it coming to him now? Was that its essence tingling in his hand?

There was no certainty that he was finished, but he was. He knew where his best suit was but was unsure about the whereabouts of his lapis lazuli cufflinks. Soon suited, he sat in front of the empty television screen and watched his reflection giving in to the end. He recorded the heat of urine spreading between his thighs … .

Klaus Kertess is a writer living and working in New York. He is currently working on a book of short stories and has just completed a book on the painter Brice Marden.