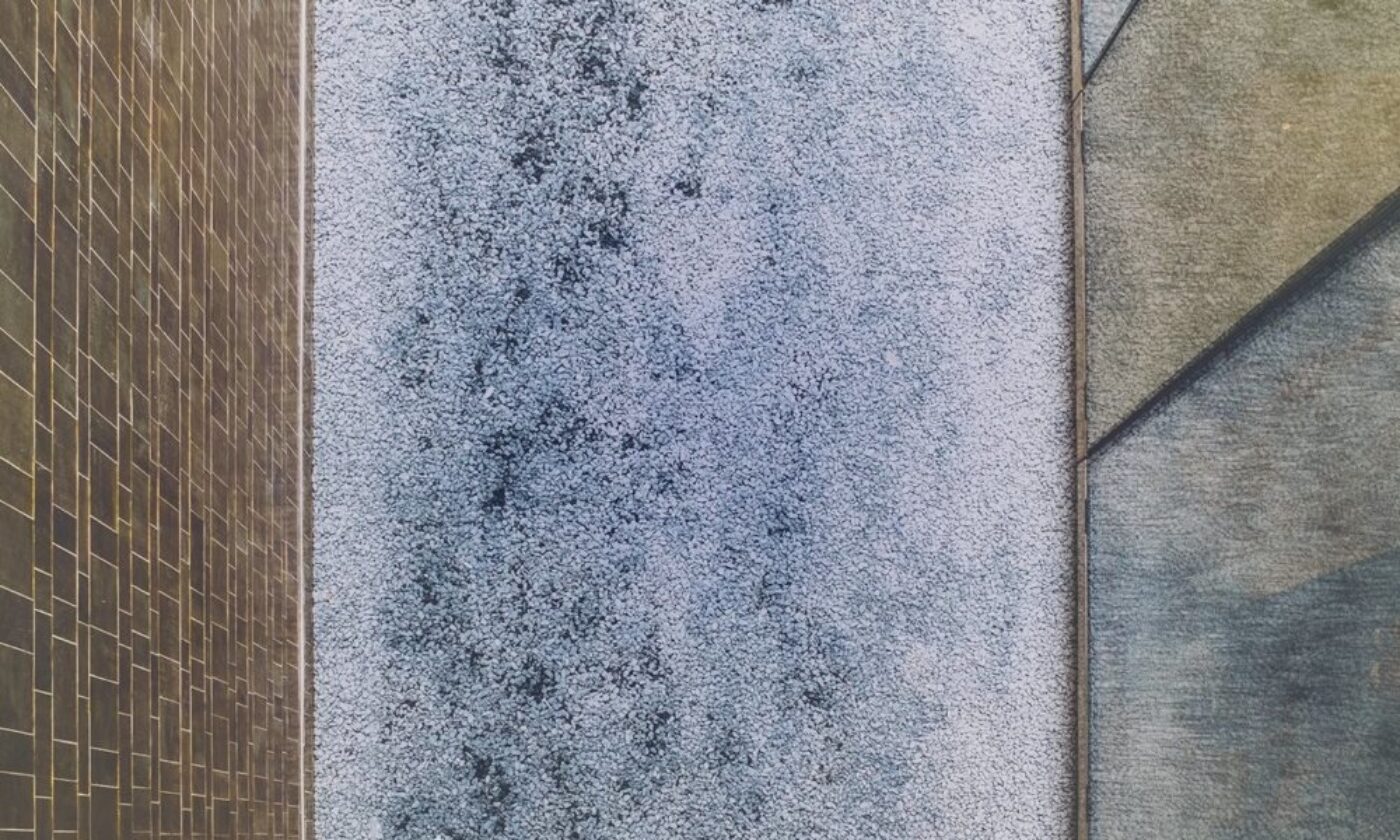 It’s what she always says when she’s compelled to get shit started. My response is equal parts cover, concealment, and a bit of noise and light discipline until she forgets the reason for this twilight cipher. But when I haven’t seen her for days, I sometimes forget that she possesses all the persistence and none of the patience of Rosa Parks.

“I’ve been waiting up for you for the past three nights!”

And I’ve been in the backyard using our grill to light a joint in a 5-degree wind chill. I can only assume that she heard me when I came back in from the cold and crept past her bedroom door into the stairwell.

“Where have you been?” she asks.

Working, so we can afford all of this luxurious shit you consume, so go to sleep.

Her mother must have put her up to this while they both stared at my empty chair at dinner. How can I hold it against her? She’s only seven and exhibiting a behavior she can’t control, the result of a missing Y chromosome. She wants to talk. But not just talk. She wants to pontificate. She wants to debate. She wants to shed light on shit I deem best kept in the dark, or at least in the gray, the almost dark.

She already asked me what gay sex is and before that, she wondered aloud if she could trust white people, while in a subway car full of white people. I still owe her an answer for both.

I step into her doorway and glance at my Movado. The shit is clean and keeps good time. It’s 1:38 AM.

I owe you? After paying for your grade school, I have to offer the soft rebuttal of: the fuck I do. But I’m aware that it doesn’t matter if I don’t owe you; it’s a moot point because I’m here now. I’m right where you want me, hemmed up and high enough for you to push your agenda.

“Daddy, before I get married, will you take my boyfriend to get his AIDS test?”

When I hear you say it, I can’t help but look at you, my angel, my Babygirl, and wonder if there’s any way we can just circle back to trusting white people (the answer’s an emphatic NO).

“Daddy, I’m serious,” you say, staring back at me so wide-eyed. Jesus, you look different, a bit more grown, your face full of confidence that I didn’t know when I was your age.

“I need an answer this time. I don’t want to worry anymore. Not about this.”

Worry? You’re seven! Why are you pressuring me with this AIDS test? You haven’t even gotten past your first slow dance or kiss or real world problems like stop and frisk. I mean, shit, you’re a black female being raised in a white man’s world. Do you have any idea what a double minority pay gap looks like in this country? Of course not, because if you did, then you’d be protesting at Zuccotti Park instead of burning the midnight oil over an AIDS test. Where do you get this shit from anyway? Mommy’s been letting you watch Law and Orderagain, huh? Which one? SVU? Criminal Intent? I bet it’s the one with Ice-T. She’s had a thing for that light-skin motherfucker from the first time she laid eyes on his pimped-out perm.

Babygirl, look. Listen to me now, when I tell you that you aren’t ready to talk about an AIDS test, because take it from me, there’s no heavier weight to drop on a motherfucker’s chest than telling him he has to take an AIDS test, especially if he’s been riding raw dog most of his life. You just sit in the waiting room, waiting with your foot tapping and your head spinning, while your mind cycles through all the times you compared the hassle of donning a condom to that of a duvet cover. You’re waiting for what feels like days, just to have some doc who’s insensitive to a nigga’s dilemma come out and tell you that you should go home because it actually takes fucking weeks to get the results back.Thanks, doc, but that’s not shit you bury in an AIDS test footnote. Heavy fucking weight, I’m talking here, Babygirl. Heavy.

So for your sake and mine, how about we slow down and get into some basic shit because why start with AIDS when there’s gonorrhea, and trust me, everyone in this city has had, will have, or still has gonorrhea. Yes, Daddy too. And Mommy and Grandpa. But, you know what? We don’t even have to go there, because I think I can get the point across if you can just close your eyes and imagine waking up in your dorm one morning and walking to the bathroom where you whip out your dick to piss but you suddenly feel what can only be hot lava seeping its way down a long, long (this is my story, remember) trail. So you run to a communal shower, strip naked, and you stand under three cold water spouts, hoping to douse the flame out, only to realize that there is… no… flame; that the flame is inside you. Have you ever felt like you had a fire inside you? I don’t mean that motivational mantra you chant at that expensive-ass school of yours (thirty grand a year and all they have to eat on career day is a plate of spanako-fuckin-pitas?). I’m talking about that Tibetan-monk-roman-candle, Richard-Pryor-freebase-set-fire-to-your-hands-and-face type shit, but on the inside.

Have you ever felt like that? No? Then you probably don’t know what it feels like to have a doc, who could double as Oprah, pierce your prick like she’s rodding a rifle off a range while you’re reclined on the examination table, contemplating what could be worse: the idea that you might have gonorrhea or the pain of having your prick pierced or the fact that it’s Oprah who’s piercing your prick? I’ll tell you what’s worse: having the test come back negative and finding out that you’re simply suffering from an allergic reaction to some laundry detergent that your mother picked up at the Dollar Store. You gotta love your Grandma and her Dollar Stores.

Because, Babygirl, Grandpa must smoke a highly potent strain of weed named after a fossil fuel reserved for Abrams tanks and 18-wheelers. But that’s beside the point. The point is that if you’re talking about an AIDS test, then you’re talking about sex, and if you’re talking about sex, then you’re talking about Russian Roulette—not just with your body, but with your mind. You’re talking about a young lady who loses her virginity to a haphazard frenzy of thrusts and pumps given by a motherfucker that she loves and trusts, but when she calls that same motherfucker two days later, some other bitch answers with, “He can’t talk because he’s busy fucking me right now.” Yes, Daddy got his asshole badge early in life, Babygirl. But that’s because Daddy was too young and dumb to know a woman’s worth. To keep it real, I was too busy trying to snag the next piece of ass to realize that what matters most is the head and heart that that ass belongs to. In the meantime, a young woman loves, and she loves, and she loves. And she cries, and she hurts, but still, she loves. And despite the fact that I know this now, I still remember the late afternoons I spent in Lace, tucking twenties down the tapered G-string of a woman, who under a blacklight had a body with the mystique of Mars. That is, until the day she leaned forward and put her lips to my earlobe and whispered, “How do you like it, daddy?” Because the way that she said “daddy,” left me unsettled and made me lunge to my feet in the middle of her lap dance and come rushing home to—

You. Babygirl, I often find myself trying to prepare you for a world that I haven’t quite figured out yet. And regardless of what your mother says about me, no, your father isn’t high all the time. Yes, I’m high right now, but not all of the time. And no, I’m not cheating on your mother. Yes, there was that time, but I’m not right now; I’m here right now. And isn’t that what matters most? The here and now. Why are you looking at me like that? And why do you look like that? It seems like you’ve aged years in days or that you’ve aged years in years and that it’s just today is the day that I finally see you. Jesus… Where does the time go? It seems like it just slipped through my hands. It feels like it was just yesterday when you were spitting up on my first Brooks Brothers suit, and somehow I must have blinked, and now you’re out here in the world, walking and talking and learning about AIDS and shit. And I feel like if I blink again, you’ll be graduating from high school, and if I blink again you’ll be walking across a stage at a college that I can’t afford, and eventually you’ll meet a boy who thinks he’s a man, and one day you’ll walk with him along some promenade, and he’ll stoop down to one knee and grab your left hand, and you’ll look at his face as though you might have found the one, not realizing that there isn’t ever a one, just someone—someone who will love you enough to see past all the shit that this world has done to you and all the shit you might have done to this world and still say—

“I love you too, Babygirl, and that’s why when the time comes, I will take your future husband to get his AIDS test. But if at any time before then I find out that he’s anything half as raggedy as your daddy, then I’ll be taking him into the backyard and burying him next to your bunny.”

“I know, Babygirl, but at least it’s real. My love for you is real.”

Originally from Fayetteville, North Carolina, Christopher Paul Wolfe graduated from West Point in 2000 and spent six years serving as a US Army officer. He subsequently earned a Master of Business Administration degree from Duke University and worked in financial services. Chris is currently completing his Master of Fine Arts degree with a concentration in fiction from Columbia University, where he also served as a Teaching Fellow for Columbia’s Undergraduate Creative Writing Program and has led Columbia University’s Veterans Writing Workshop. His writing has appeared in Penthouse Magazine, Guernica Magazine, Veoir Magazine, and most recently in the veterans anthology The Road Ahead: Fiction from the Forever War. Chris resides in Bed-Stuy, Brooklyn, with his wife and three children and is working on his debut novel.

The Giant Baby by Laurie Foos

Parable of the Birds by Paul Maliszewski

The man was doing chores when he noticed the first baby bird. His little boy was with him, in his arms, held against his hip. 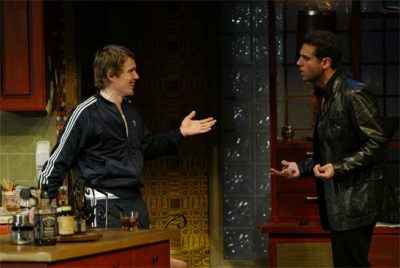 The celebrated playwright and author converses with theater producer Morphos (behind, most recently, Sam Shepard’s The God of Hell), about his book of short stories, A Primitive Heart. In all of Rabe’s work, the past haunts his protagonist.