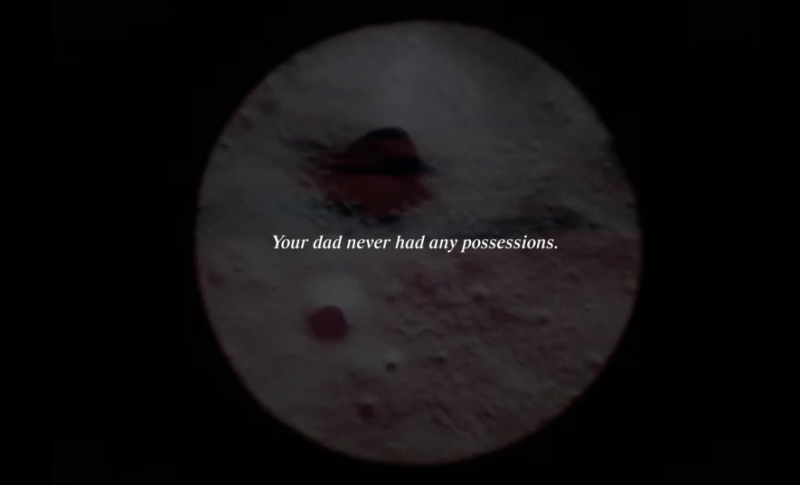 Two Sunsets is a new film by Adam Golfer, a photographer, filmmaker, and writer who works in a very specific space: image-making, emotion, journalism, and memory. His pursuit mostly resembles a dream state. Rather than confront a subject directly, he follows sensations that hover between logic and unreality, capturing flashes of intuition and collapsing dimensions of time, all with a healthy mistrust of traditional narratives. Writing entered into this process where communication could not, filtering fiction and personal experiences between these impressions; this eventually gave shape to his book, A House Without A Roof (Booklyn Press, 2016), a project containing photographs and collected materials five years in the making which took him from New York to Europe, Israel, and Palestine. Beginning with his own feelings of displacement and a seemingly unknowable legacy of trauma in his own family, Golfer explored from a distance—a place that, despite his physical presence, was always inevitable in his travels. From this angle, he can approach sentiments and perspectives often dismissed, but whose influence dictate much of our perceptions and self-identity.

Two Sunsets is presented here exclusively for BOMB. Golfer continues to focus on the intuitive connections between reality and the simulation of reality via a cousin’s addiction, the discovery of two photographs belonging to his late father, and the landscape of Cinder Lake in Arizona.

A House Without A Roof was shortlisted for the Paris Photo-Aperture Foundation First Book Award, Kraszna-Kraus Foundation Best Photography Book Award, and the Mack First Book Award; he also received the Snider Prize from the Museum of Contemporary Photography in Chicago. He has contributed to M Le Monde, The New Yorker, The New York Times, and The Financial Times. He recently participated in the show Traversing the Past at the Museum of Contemporary Photography in Chicago.

Alex ZafirisThere is a constant shifting and movement in your work.

Adam GolferMy process is cumulative. I go out into the world and focus on something I’m really interested in. For A House Without a Roof, family history drove me to go to Germany since no one in my family had ever returned, after surviving the Concentration Camps/WWII. While there, I started thinking about the political situation in Israel and Palestine, and the echoes of violence and displacement that extend from the Nazi Holocaust into the simultaneous creation of Israel and the Palestinian Nakba (“catastrophe”).

My work is about asking questions. Specifically: looking at events, memories, and traumas that might rub up against each other. I start to draw lines between elements and histories that exist simultaneously; I try to see how they might connect. Sometimes they do, sometimes they don’t. With Two Sunsets, I am reaching further to put things next to each other that don’t necessarily have easy explanations.

AZThere is a moment in Two Sunsets where your cousin has her hand on the wheel, and it’s layered with footage of your dad teaching you how to drive. I thought: this is what fiction does.

AGIn the past I was using a Mamiya 7, a medium-format rangefinder camera, which puts a physical distance between you and the subject, because of how the optics work. I would have stacks of pictures and I would tell stories about what I was doing, and people would say, “Are you writing this anywhere?” I didn’t want to write a memoir. But these experiences became my internal mythology. I was reading Etgar Keret and Ghassan Kanafani at the time (a contemporary Israeli writer and an iconic Palestinian writer) both of whom grapple with the anxieties of being forced to leave and returning to a place. I came to realize that A House Without A Roof was tied to the fact that two generations ago, my family was forced to leave their home in Lithuania. Then my dad, when he was in his early twenties, tried to go to Israel to reconnect with a sense of Jewish identity that he felt he was interested in. Years later, in the wake of he and my grandfather’s deaths, I started investigating these different strands of history and identity. That sense of anxiety about returning to a place that maybe isn’t in your immediate reality—but you feel connected to—is at the heart of a lot of my work.

AZYou’re dealing with all these subjects, but it’s somehow very peaceful.

AGI’m dealing with reverberations of feeling. With family history, it’s two generations down the line and I look at it in indirect ways. I work within the realms of documentary, but my images aren’t presented as that. I am not interested in most documentary work because the assumption is that someone will care about it only because the subject matter is upsetting or provocative. To me, that’s not enough. You have to find an angle and a voice, to say: this is why this particular way of doing it is worth giving time to.

AZYour work is a result of your exploring.

AGExploring things that somehow relate to big ideas. My grandfather’s father, let’s say. I know his name, and I don’t know anything about him. That was always a fascinating thing to grow up with, knowing that there was one page of old photographs in the family photo album, and everything else was a complete mystery. Maybe that is related to photography in general. Evidence or proof of life. I have a really distinct impression which I wrote about in A House Without A Roof: sitting down with my grandfather when I was about ten to interview him for a school assignment. My mom and my dad were there. I didn’t even really know what I was supposed to be asking, but I remember being so interested in the fact that this person in my family survived a violent, horrifying experience, and even my own parents weren’t sure exactly what he went through. And in that moment, I’m a kid and the spotlight is on me to try and facilitate everybody finding out. That was a really empowering feeling. My dad was never able to ask those questions. It made me closer to my dad and then my dad, in turn, felt closer to my grandfather. That’s the subtext of the book: asking what three generations’ relationship to an experience is, without ever really naming it.

AGThe film is based around the idea that I found a box belonging to my dad which contained two photographs. The logic of the film is rooted in these objects whose meaning is either redundant (two pictures of the same thing) or echoed (two pictures of two different things). Within the first two minutes, I say exactly what I found in the box. But after showing some friends the film, I was surprised that at the end, they all wanted to know what was inside the box. I think the entire project is about searching. Trying to relate to or understand my dad who is no longer within reach. Trying to drawing comparisons between my cousin and River Phoenix. Creating a man-made landscape on earth to approximate a moonscape that is impossible to visit. Asking why we seek out totems that stand-in for people/experiences…