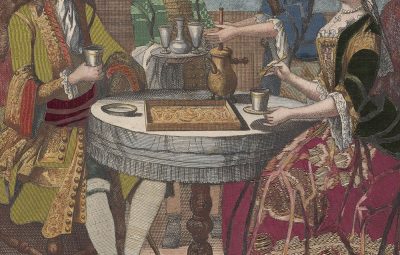 I like to think about what other people do when they’re alone. This is what I would really like to know about people, but I never know how to ask. Some people try never to be alone. I once read that about Susan Sontag. That she insisted someone always be with her, when she was eating breakfast, when she was agitating around some idea. I wonder what it would have been like to be Susan Sontag. To exist, in so strong and intense of a mind, the solid outlines of her body. To photograph so definitively, as if there were such a thing as a self. A novelist friend wrote to me recently over email that she wasn’t sure what she thought of Susan Sontag, because if they met, say, at a party, she wasn’t sure if she would like Susan Sontag or if Susan Sontag would like her. This was obviously a hypothetical conversation, since Susan Sontag has been dead for some time. I liked thinking about that, about how my friend viewed the persona of Susan Sontag, because it was so different from how I thought of Susan Sontag. I don’t think of how famous people or people I admire would view me at parties, or if they would recognize something in me if they met me, probably because I do not go to parties, and usually avoid gatherings of more than five people, unless they are at book-related gatherings I’m involved in, and then I have no choice. And if I were to think about how I conduct myself at the handful of parties that I have attended in recent years, almost always with fellow writers, I imagine I might not come off too well. I think I might come off as severe, in my dress and in my mannerisms, or if not severe, then formal, or if not formal, then not full of ease, although that’s not how I think of myself, or, that’s only how I think of one version of myself, the writer in public, which might be unconsciously mimicking Susan Sontag. I am actually just pretty awkward, because I do not go to many parties, and I’m usually anxious to leave. My favorite pastime at a party is studying bookshelves, to see how books are arranged, or not even that, to greet the authors on the shelves as friends. So if Susan Sontag was at party that I was also at, I would probably be more comfortable going through Against Interpretation or Under the Sign of Saturn than making small talk with Susan Sontag, for after all, you can tell a lot about a writer by how much Susan Sontag they have on their bookshelf, if they have Death Kit, have they read it. Once I think about it, making small talk with Susan Sontag sounds pretty excruciating. I am pretty sure Susan Sontag would not like me if we met at a party. Perhaps I would be anxious to perform, and to say clever things, and I would bring up Michel Leiris and Maurice Blanchot and be unsure as to pronunciation. Maybe Susan Sontag would like me. For me, I don’t think it matters. I am sure I would like her, because she is Susan Sontag, and even if she was dismissive or haughty to me, or seemed paranoid and fragile, or brazen and intense, or any of all the adjectives used to describe women like Susan Sontag and even women who are not like Susan Sontag, I think I would appreciate her for it, even love her for it, and know that this was only one version of Susan Sontag, that there were other, private versions of Susan Sontag, Susan Sontag performing to an audience of one, her son or lover or whoever, reading out loud her drafted brilliance, her unbelievable brilliance, and then there is even another Susan Sontag who is completely alone, alone in her thoughts in a comfortable way, or alone in the bathtub, or alone sleeping, or alone in despair, and this, this is another Susan Sontag.

Kate Zambreno is the author, most recently, of Green Girl (Harper Perennial) and Heroines (Semiotext(e)’s Active Agents). Her first novel, O Fallen Angel, is being reissued by Harper Perennial in Winter 2017. She is at work on a triptych of books about time, memory, and the persistence of art. The first, Drifts, is forthcoming from Harper Perennial in 2017.