The donkey doesn’t have a needlenose pliers

There isn’t one
big enough

“If people didn’t have pockets, they wouldn’t be empty”

There are tigers in my garden

There are tigers in my garden
they erase

The truth is, people can be lied to, they can be scared
into being afraid, they are only as strong as their
weakness, and their weakness is strong logic, they
think completely about fear, so when the articulate
bully, with sandpaper hands, roughs them up, they take
two tablets of philosophy 101 and call themselves shithead
in the morning, they explain away any injury with a sigh,
fate,
fate is what the bully decides will happen tomorrow,

they fill your head up with a thousand wet magazines, they
fill your head up with a thousand gallons of ice cream,
they severe your head and place it, dripping sticky glossy
pages, on the petite seat of a tricycle,
and enjoy watching you pedal without legs, it is
a vibrating scalpel, up your nose, but you explain
away the pain, I cannot express my wretchedness because
I am too wretched,
freedom of speech is not a given but many times a taken away,

abstinence makes the heart grow weaker, with every
inward shrieker, disgusted at the insides of the humane
bean, comes the outward beaker, you drink down so low
(solo), that you can consort with people that consort, you know
the sort, not ex-cons, right-now-cons, fronds
of golden palm tree words cannot fan away
the odor, that con is short for conservative, of course
that’s what fronds are for,
look at least chemical addiction is only chemical,

swiss cheese self sainthood, doin’ nothine is
‘tific’, and a vacuum so sucky, that all the icky
stuffy, stucky, tween the toes of the couch, you know
where the foamy forms crackys, is whooshed up
into leadership roles, and the real leading actors are
assigned extra parts, as swell crowd swelling
slaves, crumbs, smelly coins, fingernail clippings,
potato chip chips, lost phone numbers, rule,
take the keys away from leaders that borrow a country and smash it up,

sometimes I wonder, shouldn’t I sniff glue, instead
of be glue, you know stick around all around all the
time, shouldn’t I vamoose on a moose, and mounty
all the bounty that would want my pure loins, why
do I so much want to entertain the troops in a
neutral zone, during peace, in a country without
an army, don’t I have better things to do than
to try to do these better things,
I’d rather be the best and have nobody know about me than the worst and,

stick I shall, but not with a plan, a plan
is always a blueprint for doing something entirely
different, and I want to do this, I know that
the good guys, left, and the bad guys stayed and had
a party, I know that the young and the restless are
resting, a diner in Greenwich Village has 7 chairs and no
customers, I know that everybody hates everybody else, and they
all have good reasons, but stick I shall, with bucket and pail,
somebody’s gotta clean up the mess

Mike Tyler was recently described by the Village Voice as a “post-punk rock philosopher.”

Two poems, “On A Visit Home” and “We All Need” by Peter Spiro. 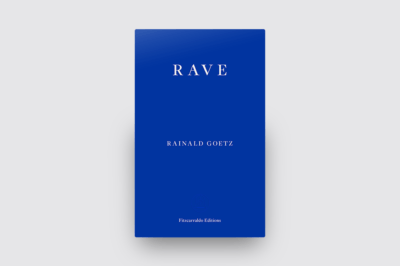