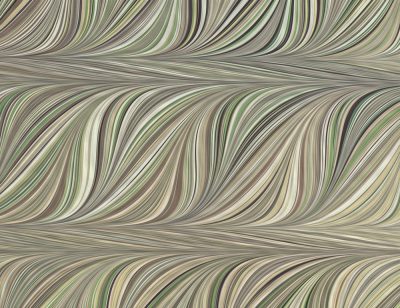 I hope this note finds you feeling very comfortable.
I’m in the fourth antechamber on the right,
just trying something new on the picture.
There are buckets of color for our advancement—
amassed lilies make a green cave. Lightest sardines
tossed against dishwater light. Duplicate birds.
I caught a swelling node. How? It can happen.
Buildings grow along the timeline like bacterial crystals.
I found the wildest circles to shade through.
I admit I stressed about it, but it was productive
It could be finished early as tomorrow.

In the daily revision everything gets toned way
way down. I feel squashed, but tell myself to power
around, metallic and thin, throw out the gaudy textiles.
The mold toxicity results arrive under the door.
It would be presumptive to say the dreariness of outside
will leave us feeling determined and invigorated.
The word format is gone. The word dwelling
disappears. The wall dissolves into a pile.
Just like that, as they often say.

I dim the Himalayan salt lamp. Nothing goes here.
I’ve tried almost everything. We let ourselves outside.
But now, doused in your new black felt cape, you look better
than ever before, bending to admire the gray rocks.
We make a blue line in the field with our breath.
Could this be diagrammed? I fear I am always tired.
You returning your back to me, a swivel
into a predetermined groove. I couldn’t get
that texture back after that day. It was gone.
Is a report possible? It is impossible.

There was a history there of men overtaking and rebuilding and casting to ruin, then drawing up new plans, beginning anew, hesitating, revising only to tear down and build again, and always slightly off center. The old structures lay low, shaven very close towards disappearing, and the men forgot what they had once been there for. They would pace the grounds, the current geometries and sketches leaving their minds just as newer ones arrived. Neighboring cousins would ship in, ask to see the plans, squint at them, breathe heavily, muttering, “this needs to be done over,” and a new process would start on top of forgotten plots, fresh visions interrupting and clotting over the preceding ones. Soon after the day the wrong stones (too smooth, or too flat, or not enough) were delivered for the second time, and a favorite work animal fell ill, interest in fortitude waned and the men scattered into neighboring projects, absorbing themselves with agriculture, family, and deep thought. The site had been abandoned for years when officials in England urged the nearby colony to rebuild against Native populations, citing their “growing hostility” and the location’s military value. Colonel David Dunbar, Surveyor of His Majesty’s Woods in America, took firm steps to reestablish a structure. Nobody was sure if there were people watching from the woods, but the workers felt seen, then overseen, then ultimately neglected. They decided it would be best to construct around a giant rock, moved there and discarded like a bad egg by the Laurentide Ice Sheets, glaciers that traveled from Canada 25,000 years earlier to sweep away much of the evidence of earlier glaciations, eroding both the bedrock and previously existing sediment cover. The boulder at the heart of the growing fort left little room inside for people or weapons or planning of any kind, just two small circular walkways connected by meager stairwells and a garret with no overhead or balustrade to speak of. Later, with the erection of Fort Pownall farther east and the fall of Quebec, the need for anything there ceased and the Massachusetts governor ordered the rebuilding to come to an end. The low walls of the ruins were, for a long time, used to house farming equipment. Then families began to come for picnics. Oyster shell heaps glowed underground, alkalizing the soil, never to be unearthed. A few vague and confusing plaques were posted and ignored. A preservation committee was formed and meets in the library on Tuesday evenings. Coffee is served with supermarket cake and the minutes are typed up by a secretary and sometimes lost. Just last week, two friends climbed to the top to take in the spectacular view. One wore red circular sunglasses and left them behind, hooked onto the newly implemented guardrail. It is June 8th at sundown. It is the morning of June 9th. It is almost midday.

Emily Skillings is the author of two chapbooks, Backchannel (Poor Claudia) and Linnaeus: The 26 Sexual Practices of Plants (No, Dear/Small Anchor Press). Her first full-length collection of poetry, Fort Not, will be published by The Song Cave in 2017. Recent poems have appeared or are forthcoming in the Brooklyn Rail, Hyperallergic, Lit Hub, Washington Square Review, and elsewhere. 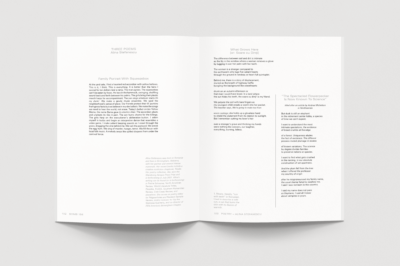 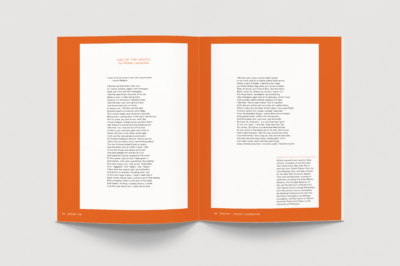