Turn Me On, Goddammit by Liza Béar

May 19, 2011
Facebook Twitter Email
Karl Ove Knausgaard and Fredrik Ekelund's Home and Away: Writing the Beautiful Game by Adam Lehner 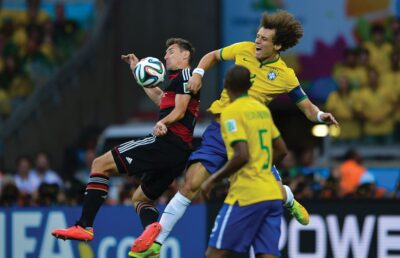 At the world premiere of her debut feature, Turn me on, goddammit, writer-director Jannicke Systad Jacobsen won Tribeca’s Best Screenplay award. An adaptation of the novel by Olaug Nilssen, the film is a tender, hilarious, frank, and fetching coming-of-age story in which reality blends seamlessly with the sexual fantasies of a 15-year-old girl in a small rural community in Norway.

In her very first acting role, Norwegian high school student Helene Bergsholm stars as Alma in Jannicke Systad Jacobsen’s Turn me on, goddammit. The film explores the dynamics and pitfalls of teen sexuality in a hilarious, pitch-perfect script that never lapses in taste.

Karl Ove Knausgaard and Fredrik Ekelund's Home and Away: Writing the Beautiful Game by Adam Lehner