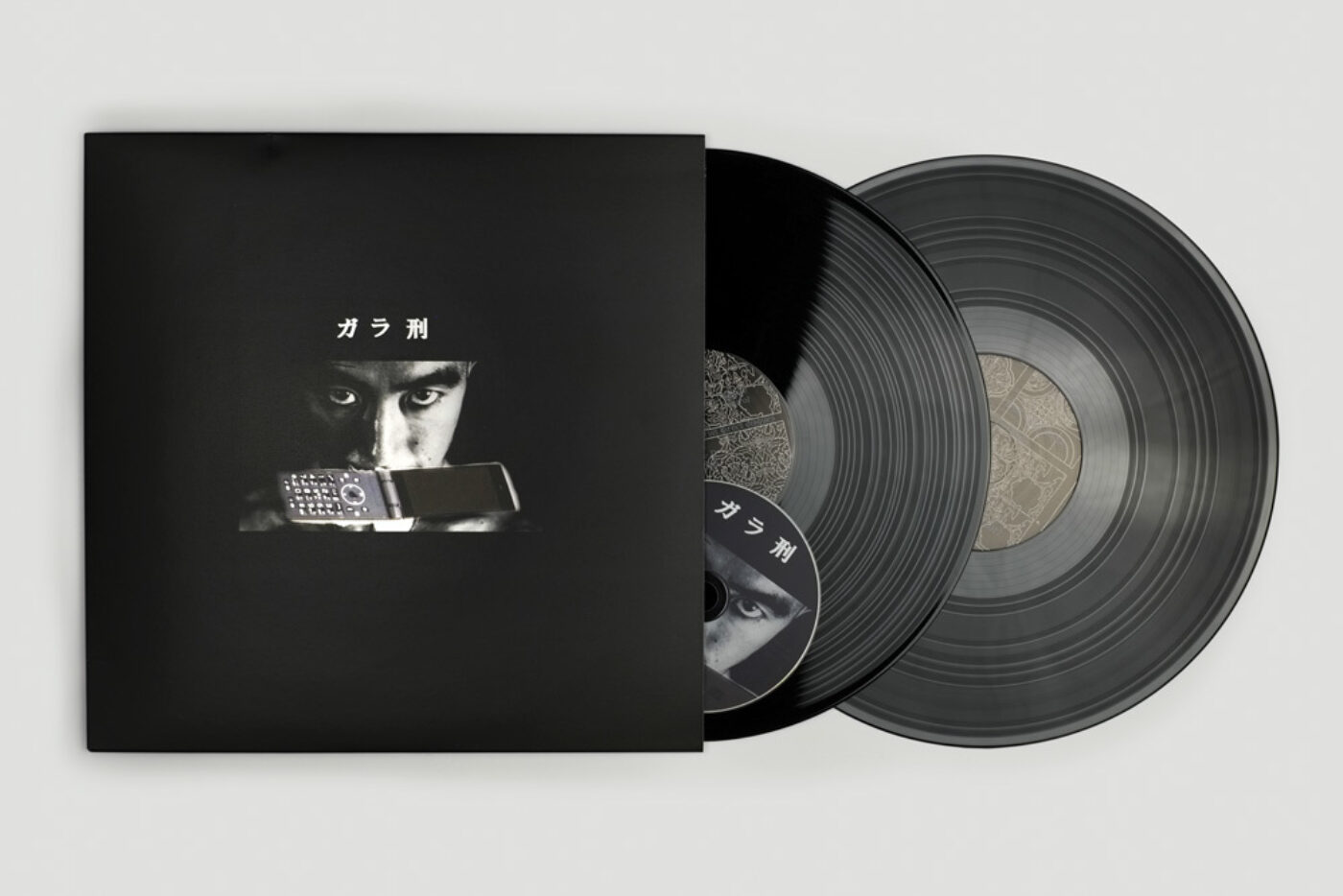 Ever the reductionist, three decades deep into a sprawling, marrowy discography, Japanese noise legend Tori Kudo has produced what he’s called a “life work” that, unsurprisingly, defies simple classification. Though inextricably linked to the shambolism of his flagship “naivist” group Maher Shalal Hash Baz, GALA-KEI constitutes a kind of groupthink pre-roll, capturing (s)trains of elemental sound-thought in transit over quite literally vanished tracks—a game of Chinese whispers resulting in a fleeting tone-poem possessed of an odd, lilting grace.

It begins with an establishing shot, exterior: the iconic image of Yukio Mishima by photographer Eikoh Hosoe from his 1961 portrait Ordeal by Roses #32, though the titular petaled pacifier is here occluded by a Razr-like flip phone. A pun, likely lost on most gaijin, exists between Bar ra kei (Ordeal by Roses) and GALA-KEI, referring to the Galápagos Syndrome phenomenon of regionally specific jacked-up “feature phones” common in late-aughts Japan: pre-smartphone, pre-metadata cheek swab, etcetera. This sets an apropos tone for what follows via the album’s contents. Employing a not-so-elaborate system of relayed voice messages and a reverse-proportion nostalgia for recently obsolete media, a reverie of cyclical song segments takes shape: first Tori hums a wordless voice-memo and sends it to Ai and Mari Geshi, his distant neighbors in Wakayama; then mom and daughter parrot back to him the same tune (occasionally adding bits of toy xylophone); finally, this snippet of audio is learned by a need-to-know-basis configuration of MSHB and performed live at JAM in Shinjuku on October 26, 2014 (their thirtieth anniversary show).

All of this has been meticulously edited into a sequence of stories that plays out over two 45-rpm 12-inch records, and it feels like the ghost of Jackson Mac Low inhabiting some hypothetical audio Instagram in a near-but-never-happened past. And lastly, a supercut comprised of all fifty-five tracks, recursively combined into a twelve-minute CD, functions as an exhale, revealing, like the punchline to an incomprehensible joke, an acute compositional complexity.

A time and date log of each track completes the package, running as barely readable black-on-black gossamer credits to a clandestine documentary listing Tori Kudo as “Director.” While this disappearing text conjures forgetfulness, the listener is left with more than a mnemonic device, something lovely in its vérité and mannered digression. And while other albums bear some formal resemblance—Amon Düül’s Experimente and Harry Pussy’s Vigilance! come to mind—none evince the socio-technological transposition or diaristic tack at work here. Also, none play like this one—a carousel of forgotten melodies in multiple states of becoming. In short, GALA-KEI is a thrice-lived “life work,” and a third-act magnum opus from a legacy artist in a class entirely his own.