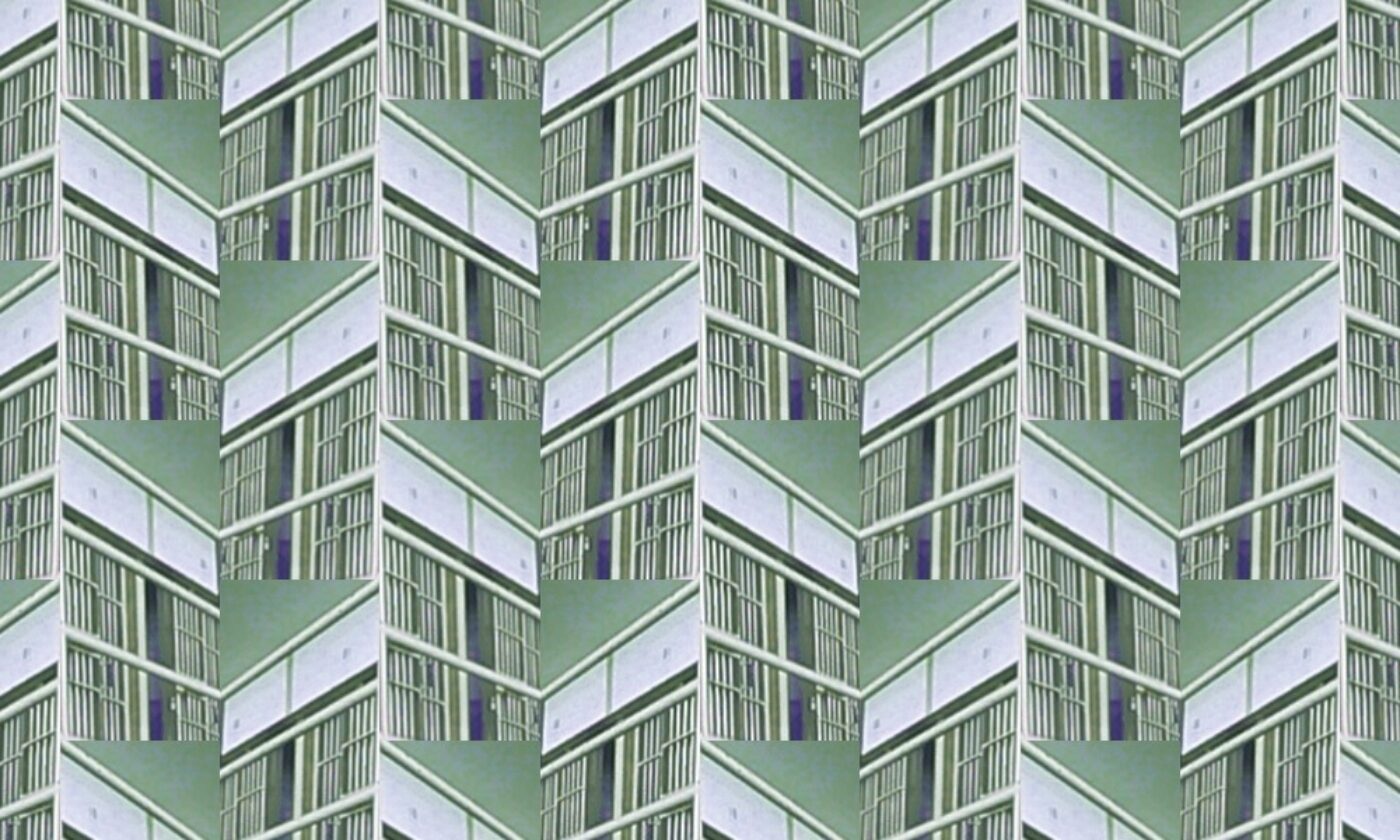 In the first few pages of his latest collection, Heaven Is All Goodbyes (City Lights, 2017), San Francisco-based poet Tongo Eisen-Martin has one of the most beautifully trenchant lines I’ve read in awhile: “My dear, if it is not a city, it is a prison. If it has a prison, it is a prison. Not a city.” Eisen-Martin’s work is characterized by this kind of clear-eyed lucidity, and he tends to read his poems like he’s addressing you personally. In this way he reminds me of Charles Olson, and in the weirdly dystopian imagery he links together—“8th grade heroin in my hand / pieces of an uncle / a purgatory grease fire got us worried / a phone rings in 1988 / and an epoch begins after a mother hangs up”—he reminds me of Kevin Davies. I don’t think either Davies or Olson has had an actual influence on Eisen-Martin, but I did get a chance to speak with him at Hauser & Wirth’s Roth Bar and ask him about who and what inspires his work.

Jeffrey Grunthaner In what sense do you consider yourself a Bay Area poet? Is that essential to what you’re doing?

Tongo Eisen-Martin I think I would call myself a Bay Area poet. It’s the place I’m taking responsibility for and doing the best I can to collectively create a moment in poetry that will engineer some discoveries. Or at least people will collectively make discoveries within their own craft. I’m also a Bay Area person of resistance. The Bay Area is a modern ground zero for the current state of contradictions in the United States. It’s the service economy on steroids. You have a super-corporate reimagining of both public and private space. You have a gentle but severe police state. Well, not that gentle. I’ll amend that with the killings of Mario Woods and Alex Nieto. The Bay Area is one of the few places industrialization didn’t happen, because of the tech boom, which actually started a long time ago. This goes back before the ’90s. And by the ’90s a third of the world’s capital was being invested into San Francisco. What you’re seeing is the other end of an epochal effort to remake a place for a ruling class. That’s where I find myself.

JG You mentioned collective discoveries—what do you mean specifically?

TEMTrying to affect not just a specific cultural side of poetry, but also transforming our social relationships and tendencies in order to create a mass culture that is one of resistance. What that looks like is a lot of political education, both within some type of class setting, but also in the streets, bringing the conversation outside. The extrajudicial killing of black people is a heavy single issue. Gentrification is a heavy single issue. We have to engage those types of issues, to engage a way to push the energy into entities of self-determination, pushing the movement work into an almost dialogical realm.

TEM I did. I taught mainly creative writing. But also ran a program that brought people into Rikers Island to work with kids. 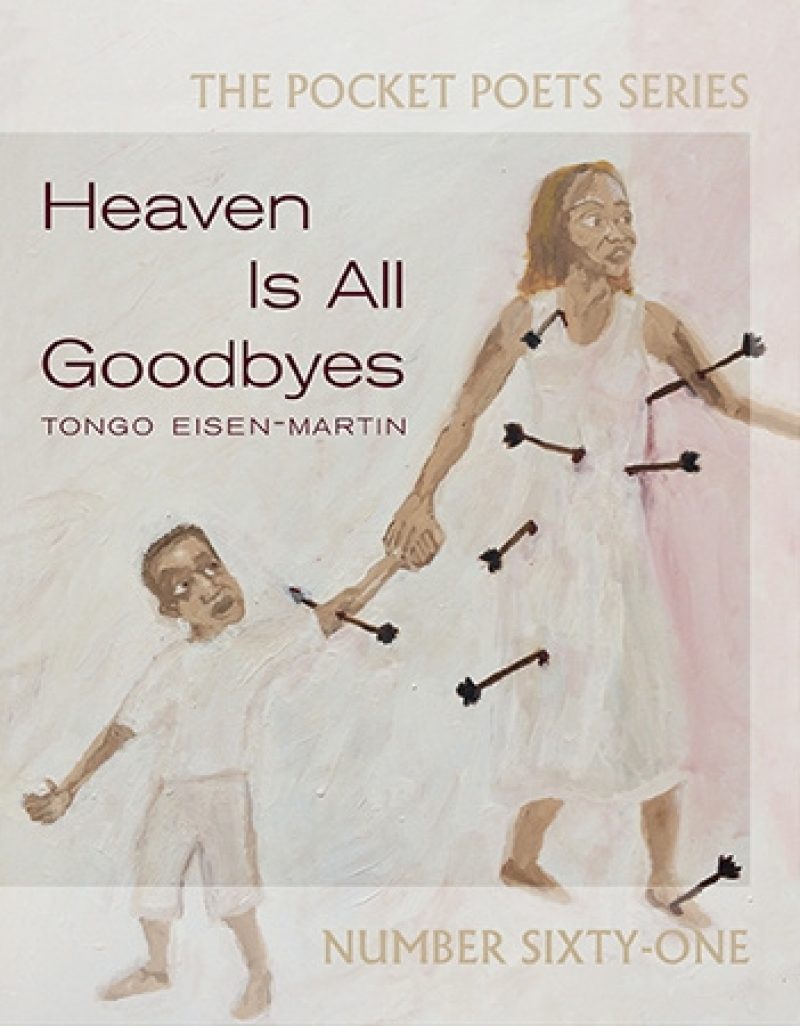 JG Do prisoners get work published or make books that go beyond the prison system?

TEM In the prison system—as well as in the nonprofit industrial complex, the community college industrial complex—where is the real outlet anyway? A lot of this takes place almost as a shell or a husk imitation of the kind of society that the ruling elite enjoys. We have publications like The Beat Within, but for the most part: no. Creative writing is repressed by the system because the system’s strategy is to make sure nothing gets out. Messages get out anyway. Of all the arts in jail, I think creative writing is the most repressed.

There’s a movement going on in the California prisons called Prison Renaissance, where writers throughout the California prison system are trying to form a prison collective. I don’t want to misinform, but it involves people who are locked up producing things together—coming together regardless of prison. But the system is hard on that too. At every turn, it seems like what the system wants to do is keep the processes of art [solely] individual, which stunts any type of possible movement. There is no moment in the history of art—I promise you—in which a major movement or step was made individually. So to keep cats living the lives of their craft, keeping those lives separate is destroying history or possibilities of history.

JG What do you mean by that?

TEM Even with me on the outside—I did not really know where the literary scene took place. When Someone’s Dead Already was published at the dawn of 2015, I didn’t know where any of this was taking place. It takes place in people’s living rooms. Beautifully, I mean; it takes place beautifully in people’s living rooms. The readings are invite-only for the most part. The literary scene is not so public.

JG Did you write poetry because you sensed a potential for unity from that art which maybe others didn’t have?

TEM Its nature kind of works against it. It is a loner craft. You write alone. A musician, a band, naturally does have a collective experience. That actually influences how it plays out at such a mass level; musical experience is very collective. To the point where a million people will sit in a stadium for some music, where you won’t get a million people in a stadium to hear a poem.

JG Can a poem even communicate to a million people at once?

TEM Speaking for myself, even when you get to around 200 people, it starts to lose. There might be some people out there who you could throw in front of a million people. But for me, even in a room full of a hundred people, something changes, and you don’t get the same immersion in the moment. The thing about poetry—or poets—is that we don’t have a physical output. There’s no martial art to it. A painter’s hands learn; a musician’s hands, actors’ bodies, all learn.

Our bodies are in some ways inconsequential to the craft. It’s really just thoughts and the physicality of it is only to give yourself that little space to play with your thoughts and organize them and dialogue with them or have them dialogue with each other. Synthesize new things. You’re kind of like a voice with no physical location. What we know as poets is that we get the thousand-year ride. Meaning, somebody could read your poem in 3,000 years, and it’d be relevant and interesting and inspiring.

JG You have this very—for lack of a better word—organic, self-made style. It seems like your poems really come from you personally. This is reflected in the way you read, too. Do you have all your poems memorized?

TEM Nah. I just keep running. I run more than one poem together. Although there was a point where I was taking shorter poems and in the course of a reading just puzzling [them] around to see what kind of holes would gel; but then certain orders stayed where they were and became presented in whole.

There’s a journey of energy that takes place in every reading, [and I] let the energy affect me and let the lines affect me to give a color of improvisation. But often it’s just—I would get overwhelmed by the lines themselves. I would have to stop for a brief moment and let energy pass through—let energy dissipate a little bit so I can get to the side of the mind that wants to express words.

JG Have you done collaborations with poetry and music?

JG And you perform mostly in the Bay Area?

TEM Yeah, man. We run amok in the Bay Area. Have gun will travel, you know what I’m saying?

JG What do you think has influenced you apart from San Francisco? Do you have many literary influences?

TEM I always gotta give a shout out to Roque Dalton and Audre Lorde. I try not to be too influenced by poetry, but what I got from them was: do what you want on paper.

Jeffrey Grunthaner is a writer/poet based in New York. Their articles, reviews, poems and essays have appeared via Drag City Books, Louffa Press, Archinect, Folder, artnet News, Hyperallergic, and other venues. They curate a reading series on contemporary poetics at Hauser & Wirth, West 22nd Street.

A Litany for Survival: The Life and Work of Audre Lorde by Ada Gay Griffin Michelle Parkerson

An invitation to disorder: poetry, insurrection, and concrete utopia.