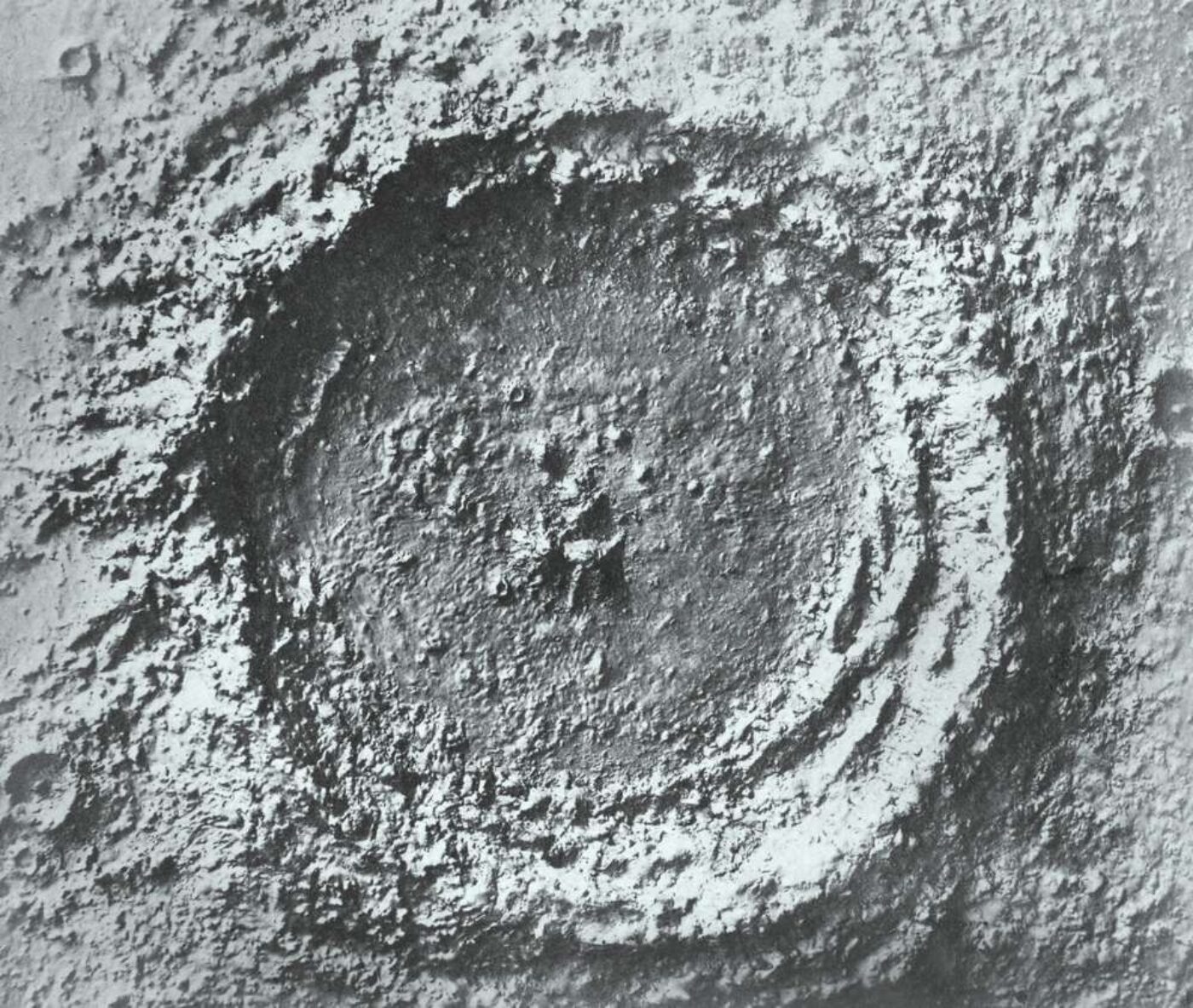 A Report on Elephants

I am reading the philosopher W. Not, however, the most famous philosopher W., the one who had only one glass that he kept his toothbrush in and had to wash out when visitors came if he was to offer them a drink. No, the W. I am reading had sufficient glassware and, as far as I can determine, very few eccentricities.

Writes the W. I am reading: Sometimes we see an elephant, and sometimes we do not. The result is that an elephant, when present, is noticed. This seems an important thing to note, and also the sort of thing someone would remove, or at least loosen, their tie to write. If we were always seeing elephants, apparently, we would for all intents and purposes see noelephants, because of not noticing them.

But who is to say we are not always seeing elephants, and by always seeing them, not seeing them? I have only ever seen elephants in the zoo, but I go to the zoo looking for elephants. When I go to the zoo, first I see a sign that says elephants, with an arrow below it. I read the sign, and then I look in the direction of the arrow and then I notice elephants. I do not think I have ever seen elephants without first reading the word elephants and swiveling my head to the right. If I did not read the sign, would I notice these elephants?

If I were to put a sign on my porch that read elephants, perhaps people would start to notice that elephants are present, and that they have always been present, but have gone unnoticed. The terrible constancy of the elephant’s presence leading to the simulation of their absence.

I do not put a sign reading elephants on my porch. It is better not to know.

Perhaps this is what people mean when they speak about the elephant in the room. I always assumed they meant the phrase metaphorically, but by speaking the word “elephant” in the phrase “elephant in the room,” perhaps they are summoning an elephant that wasn’t there a moment before. Now that I know this, will I feel a presence next time I hear that expression?

Which makes me want to return to W.—the other W., not the one I am reading, the more famous one: the one with a pianist brother who lost his hand and then commissioned a series of extremely difficult one-handed piano pieces. Whereof one cannot speak, this W. says, thereof one must be silent. But in the case of elephants, “cannot” is less appropriate than “should not,” for if L. is right and we keep uttering the word elephant, how can we not but soon be surrounded and hemmed in on every side by the palpable absence of elephants?  Better to remain silent, at least when it comes to elephants. Or their absence.

When I was young, I pronounced my L’s and W’s the same. Forty years after shaking this habit, sometimes when I am very drunk I still do this, as if a younger version of myself is buried under my current self, just waiting for an occasion to get out and wreak havoc on my tongue. It occurs to me that my sense of the world will always be infected by this younger self. If not, why would I read W. and then immediately think of L.? Even if both mention, in passing, elephants? Why not think first of O. who writes much more famously about shooting an elephant, or D. who offers a vivid autopsy of the same, or S. who wrote a novel about an elephant given as a wedding present?

There will always be a secret link for me between the letter L. and the letter W. So much so that, for me, to speak one letter is to speak the other. In other words, when I speak the name of the philosopher W. he is, suddenly, in the room, more real than the contingent W.-individual. But so too, almost as suddenly, is the philosopher L., dragged along by the coattails of my childhood speech impediment. They are both there, one wearing a tie and the other not, both of them talking about elephants.

Or “ewephants” as I used to call them. And, as deep in my head, I still do.

A Report on Toes

If I sit with my legs crossed, my fifteen-month-old son, M., will sometimes unexpectedly bite my big toe. He does not do this hard enough to hurt me, but the look he sometimes flashes to me while doing it lets me know he knows he could hurt me if he wanted.

English is curious in that it has a specific singular word for the thumb (i.e. “thumb”), but none for the big toe. “Thumb” is evocative, a word that sounds like it is being said around the shape of a thumb lodged in the mouth. “Big toe” is simply descriptive, as if the namer of parts of the body was tired by the time his gaze fell that low. “Big toe” says: Look at the toes, find the biggest one, and there you have it, you’ve arrived, there’s nothing more to be said.

When it comes to toes, though, Spanish is worse. Not only does it not have a word for the big toe, it doesn’t have a specific word for toes. Fingers are dedos and toes too are dedos. If you don’t know which you’re talking about, you can slap on de mano (of hand) or de pie (of foot). In English we have the word “limb” that can refer either to arms or to legs—or to certain tree branches, for that matter—but we also have the word “arm” and the word “leg.” If we only had the word “limb,” we’d have to say “limbs with toes on the end” or “limbs with fingers on the end” or “limbs with branches on the end.” But if we were Spanish, we’d have to say “limbs with digits of feet on the end” and “limbs with digits of hands on the end.” I don’t know what we’d have to say for tree limbs. Probably just that: tree limbs. In any case, it would be sufficiently exhausting that we’d stop talking about our limbs—in the same way that I assume Spanish-speaking peoples avoid speaking about their fingers or toes. It’s just not worth the effort.

This concludes my report on toes.

A Report on Borrowed Items

Sometimes we want to borrow an item and sometimes an item is pushed on us and we don’t have the strength to decline it. Sometimes we leave our home or our office and we come back and an item is there unexpectedly awaiting us, and we are not even given the option of declining it. Sometimes we borrow an item, willingly or unwillingly, from someone while they are alive and then, before we can return it, they die.

What are we to do with the item?

When I was fifteen, my friend R. loaned me five dollars and then was hit and killed riding his motorcycle. When I went to view the body at the funeral home, I had five dollars in my pocket, which I intended to give to his parents. When I was putting the five dollars in my pocket, alone in my room, this seemed like a nice gesture. But when I was at the front of the line and shaking his parents’ hands and staring into their bereaved faces, I could not figure out the etiquette of how to give someone’s parents the money that they had loaned me before their death. Now I keep five dollars in my drawer, thinking of it as belonging to him. But periodically when I am short of cash, which is often, I spend this five dollars, only replacing it months later. Each time I spend it, I feel as if I am borrowing it from my dead friend again.

Another friend, M., more recently dead, committed suicide by mixing alcohol and prescription medication. By the time he died, we were no longer friends. In the months before we stopped being friends he would show up at my office and loan me books. Usually I had no interest in these particular books, and if I read them at all it would be only out of a sense of obligation to our waning friendship. Sometimes he loaned me books I had already read, and I would pretend I hadn’t read them, so that, a few weeks later, the next time I saw him, I could pretend that I had read his copies of them and, by doing so, expressed my friendship.

When he died, I had three of his books. I haven’t returned them to his daughter—I originally planned to do so, but then I started coming across copies of books from his collection in used bookstores and realized that his daughter did not want his books. I haven’t sold the books, but also haven’t worked them in with my own books. They sit on the edge of my desk, being slowly buried under stacks of papers.

In the case of R., I feel haunted by the money I’ve never repaid. I think of it fleetingly but often, as a kind of ghost. In the case of M., the books are always there, palpable in front of me, like a corpse that one can’t get rid of. But like a mummified corpse, since they smell only of dust. I know that the borrowed money and the books are neither ghosts nor corpses, but only in one case (the money) an insubstantial thing, and in the other (the books) a substantial thing, and that neither cares if they are with my dead friends or with me. I am the only one who assigns any significance to them. Eventually I too will be dead, and they will once again be things plain and simple, with no clear history, making their muddled way through an indifferent world.

Brian Evenson is the author of a dozen works of fiction, most recently Immobility (Tor) and Windeye (Coffee House Press). He teaches at Brown University.