Come home
In gusts as guessed

In the middle of a dark plot, a complicated story, squares of bright green light smear open and the character turning to speak is suddenly scattered: little stacked blocks of face and body stalled behind him where he is now—still trying to speak (in bits and pieces, in pixels)—at differing levels. Representing an actual person (an actor) and also representation. One eye vivid and lovely, the other an unlit window, his open mouth some disconnected ideas about a mouth, some partial theories and doubts, now several mouths, existing in various parts of the same sentence or word, even, open and shut. His hands time lapsed fragments strewn through a gesture, his shoulders a structure being demolished as he turns to speak. And likeness. The image a series of unconnected versions, differing aspects of the subject, Cubist, but literally: everything broken down into exactly the same shape beneath all shapes, little boxes of color. Ongoing ghastly analysis of his speech—wurrrghc brggguhdrvl—also cracked or dissolving into pure system. Syllable to sound: meaning’s revealed as made out of meaninglessness we speed or slow into shape and message, pressure into expected phrase. A speck of dust or an invisible-to-the-naked-eye scratch in the shining surface of the disc and everything twinkles, skips, drags: blisters of hot chartreuse and fire-opal orange appear, unbelievable colors usually lost doing their part in the work of representation suddenly appear as themselves. Then there’s almost no story in the frame held onto too long, as the protagonist, turning to speak, turns into some suggestions or cartoon shards of human features tossed in the mad workings of the excited medium itself, a stew, all process. As if we could watch the distance of ceasing to care, or forgetting: see what it looks like. “You’re…” he says, and then, mammmurghovzwughurghlf. What it does to us. Repeated cleanings and re-loadings leading to the same breakdown in roughly the same place, and now in the smoothest movie the memory always there of those disparate bits of information forced into a flow. Memory of memory itself: liable to quit at any instant at the site of some invisible scar, aware of the work of desire. But—paused there—so the fear of breaking up might be gradually replaced by something like an understanding of our brokenness: a sort of undulant surface tension tugged at by both the will to present some success and an increasing desire to inhabit and explore the spaces opened by a failure not quite not quite not quite complete.

The issue of First Proof was funded in part by the Bertha and Isaac Liberman Foundation and the Thanksgiving Foundation.

Laura Mullen is the author of five books, most recently Murmur (Futurepoem, 2007). She is the recipient of Ironwood’s Stanford Prize, a Rona Jaffe Award, and a National Endowment for the Arts Fellowship. Her poems have been widely anthologized, most recently in American Hybrid (Norton, 2009), and her prose has appeared in the anthologies Civil Disobediences: Poetics & Politics in Action and Paraspheres. She teaches at Louisiana State University. 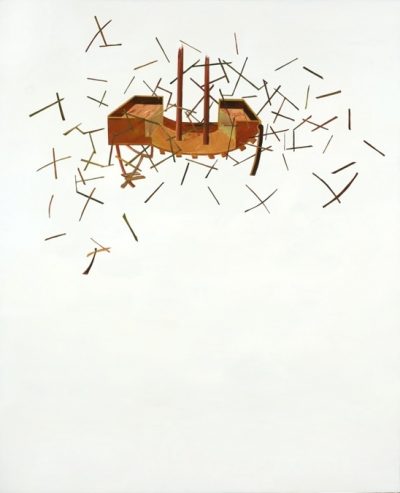 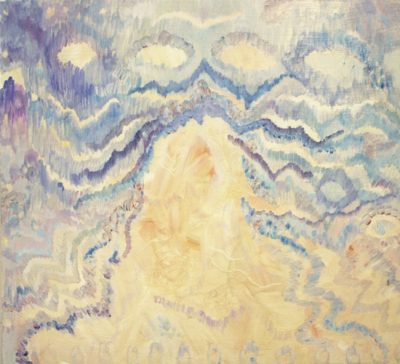 on the other hand if someone were to ask Leopoldo about his pilgrimage to Cajas,