I’m Over the Moon

I don’t like what the moon is supposed to do.
Confuse me, ovulate me,

spoon-feed me longing. A kind of ancient
date-rape drug. So I’ll howl at you, moon,

I’m angry. I’ll take back the night. Using me to
swoon at your questionable light,

you had me chasing you,
the world’s worst lover, over and over

hoping for a mirror, a whisper, insight.
But you disappear for nights on end

How long do I try to get water from a stone?
It’s like having a bad boyfriend in a good band.

Better off alone. I’m going to write hard
and fast into you moon, face-fucking.

Something you wouldn’t understand.
You with no swampy sexual

promise but what we glue onto you.
That’s not real. You have no begging

cunt. No panties ripped off and the crotch
sucked. No lacerating spasms

sending electrical sparks through the toes.
Stars have those.

The obvious sun, no bullshit, the enemy
of poets and lovers, sleepers and creatures.

But my lovers have never been able to read
my mind. I’ve had to learn to be direct.

It’s hard to learn that, hard to do.
The sun is worth ten of you.

You don’t hold a candle
to that complexity, that solid craze.

Like an animal carcass on the road at night,
picked at by crows,

haunting walkers and drivers. Your face
regularly sliced up by the moving
frames of car windows. Your light is drawn,

quartered, your dreams are stolen.

You change shape and turn away,
letting night solve all night’s problems alone.

No wonder time is so mistaken.

aren’t they long and dayful

with traintrips to the sea edge

and free legs? Why do we only get two

years in exchange for three summers?

A full year stolen by mosquitoes.

summer to separate year of bacon

from year of turkey. Like a lot of hard

suffer in a stolen year, make it a year

of sweaty nights alone in a cube

and days in a cubicle,

a year of that. Just give it back to me.

unless you are in that deviant minority of women
claiming to be 110% heterosexual.

In that case it is an imperative: defy your nature.
Get rid of that too-protesty 10%.

You, more so than normal women, will fall harder
than you ever imagined.

Your bruises will be museum-quality Ming Dynasty
frog-blossoms uprooting your veins.

Words like “penis-substitute” or “lifestyle,”
as applied to yours,

will wound and incite you into daily little wars.
This is a regime change.

Nevertheless, still a regime. You will be gayer
than the most-aborted genes,

more Lesbian than anything else you will ever be.
In this way you are erased,

you’ve known it and feared it all along) from science,
discourse, your careers.

This is how we do it to you: we keep you extremes
to either side

and parade down the middle while you cheer us on.

—Brenda Shaughnessy is the author of Interior with Sudden Joy. She is the poetry editor at Tin House magazine and teaches poetry and literature at Columbia University and Lehman College. She lives in Brooklyn, New York. 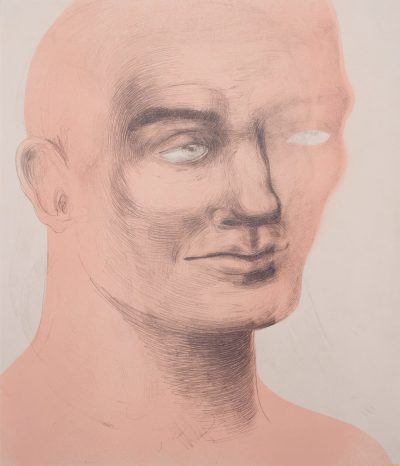 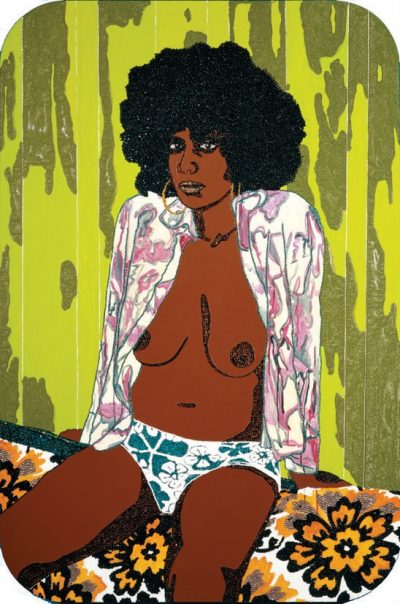 Kara Walker on the work of Mickalene Thomas. Accompanied by three works by Thomas.