When Norma walked on screen, a warmth
died out of the sunshine. A huge head

gave her the eerie look of a wok ladle!
Wearing all that big brown hair swept up

like a ziggurat made her seem shorter.
The hideous way midgets yearn to loom!

She turned down Mrs. Miniver because
she flatly refused to play the mother

of a grown child. Wherefore vanity, I ask,
in someone who walks constipated?

With her mismated eyes, was it possible
that, looking, she was unable to see well?

Hey, Turps, how many fingers do I have up?
I’d giggle to myself sitting in a back row,

swivel-munching caramels, wondering how
and why she married Mr. Irving Thalberg

but wondering the same of him! Was that
my answer? Or yet another case of myopia?

As to her profile, she looked knifey,
jut-jawed, as thumbless as a bear, and

rarely walked across a set but tottered.
Was not her scream a whip? No lux, I felt,

going to the movies, like an Asian,
in the afternoon, thinking lemonhead.

“Hit with a fish club,” grizzled one actor
about that face of hers that looked conked,

but, me, I felt her eyes were insect-like
like a crass vinegaroon. What is a quango?

(So brazen I felt watching her, I’d pry candy
from my teeth, which I’d never do with Rita!)

She surely had pull in Hollywood to work;
my judgment of her was what W. C. Fields

called “noxis on the conoxsis”—nothing!
She disappeared at the end, not even allowing

the good taste that sets yesterday’s bad taste
on something of a pedestal, which in her case

fell across your lovely name
clouding with shade its golden beam
once so youthful and so strong.

You then one night appeared to claim
my love and so my doubting soul redeem,
whispering to me that love is long

but only will or can remain
to thrive in faithful hearts that deem
a similar world to walk among.

Now summer burns again with flame,
for my beloved taught me in a dream
how a heart to sing its song

must see how, very much the same,
sun and shadow share a common theme
and both to love belong.

A Poule At Pavillon

At Pavillon, that shiny poule
indelicately swirling a fork among tiny crevettes
knows rouged shrimp from the shapes

of pointed pain that paid for them.
Her mahogany red nails, as flash and sharp as tines,
are really black as night.

What clacking from that table!
Plates, nails, forks, shells, tongs, the shaking
of jewels by her swirling shine.

as it does the noise she makes
working those intractable crevettes around in all
the rouge they need for taste,

her shine, that noise, inviting
the disapproving look of three quiet hateful ladies
at a nearby table at Pavillon,

exchanging looks in total silence
as sharp and flash as tines that say they well know
rouged shapes from silly shrimp.

Alexander Theroux is a novelist, essayist, playwright, and poet based in West Barnstable, Massachusetts. He is the author of the novel Darconville’s Cat (Doubleday, 1981) and two poetry collections, History is Made at Night (Aralia Press, 1992) and The Lollipop Trollops and Other Poems (Dalkey Archive Press, 1992). He also wrote a collection of essays, Theroux Metaphrastes: An Essay on Literature. 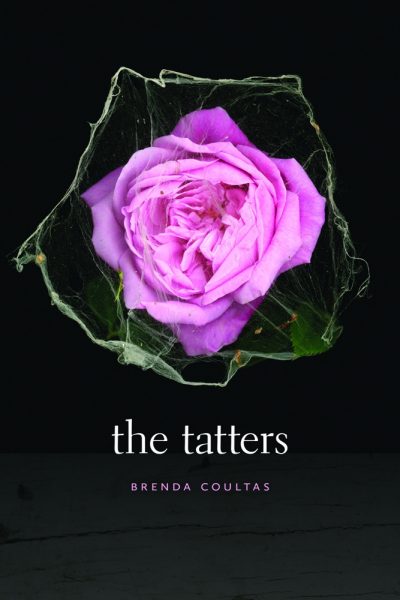 Dedicated to poet, journalist, and activist Brad Will, a friend killed while filming a street battle in Mexico in 2006, Brenda Coultas’s The Tatters summons powers too seldom called upon these days.

A Little Brooke of Visions by Jeff Nagy 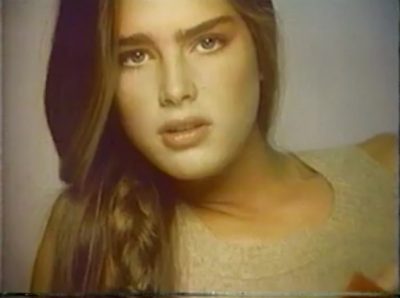 Jeff Nagy on Ariana Reines’s translation of Tiqqun’s Preliminary Materials for a Theory of the Young-Girl.