The Verdict is in the Sentence by Sarah Gerard

Sarah Gerard on the experience of language in Clarice Lispector’s recently translated fifth novel, The Passion According to G.H. 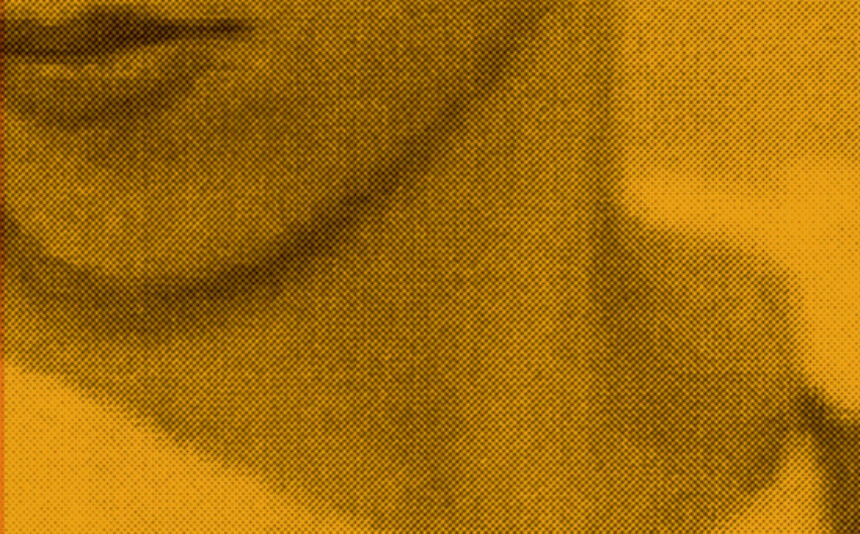 “Though the ether is filled with vibrations the world is dark. But one day man opens his seeing eye, and there is light.” —Ludwig Wittgenstein, Philosophical Investigations

Clarice Lispector’s first novel, Near to the Wild Heart, broke the world of Brazilian publishing wide open with a signature stream-of-consciousness style and won the Graça Aranha Prize for the best debut novel of 1943. By the end of her short life (she died at 56 of cancer), she had penned nine novels, nine collections of short stories, five books for children, and numerous articles, essays and interviews, including “Cronicas,” a weekly column written for Brazil’s leading newspaper. However, it was her fifth novel, The Passion According to G.H., recently republished by New Directions Books with a translation by Idra Novey, which Lispector claimed “best corresponded to her demands as a writer.” In it, she tells the story of G.H., a dilettante sculptor in Rio de Janiero, whose experience crushing a cockroach causes a crisis of boundary, meaning, and identity from which she fears she may never recover.

Though The Passion According to G.H. was first published in 1964, an English translation of the book didn’t appear until 1988. In his introduction, translator Ronald Sousa explains the difficulty of interpreting a work of such wrought complexity.

Where does literature end and philosophy begin? Intellectually speaking, that question is an easy one to answer: they both end in “language,” which for Lispector is the medium within which such designations as “literature” and “philosophy” are made, as well as the medium in and through which alone anything nonlinguistic can be reached. The problem is that for her language is also fallacious unless it is pushed to its limits and thereby made to reveal what, in its structuring as a container, it seeks to hide.

In particular, the ambiguity of many of Lispector’s terms proved problematic for Sousa, a matter of what Benjamin Moser—her biographer, editor of this New Directions series, and translator of her last novel, The Hour of the Star—said was “knowing how she uses certain words in certain contexts.” The difference is immediately apparent from Sousa’s to Novey’s translation, even in the first sentence; what for Sousa read, “I’m looking, looking,” for Novey reads, “I’m searching, I’m searching.” Though slight, the nuance carries important implications. Whereas the first sets the scene as a place to be observed—a passive activity—in the second, it is a place where lost things are sought, and possibly found. There’s no doubt that this was Lispector’s intended reading; her novels, and G.H. in particular, are filled with a sense of longing and desperation—a yawning desire for meaning itself.

For this reason, it’s hard not to think of Wittgenstein in relation to Lispector. It was in his Tractatus Logico-Philosophicus that he first famously made the proclamation that the meaning of a word is in its use—an idea that, like Lispector, he amended and pushed to incredible limits in 1953 with the publication of his Philosophical Investigations. For Wittgenstein, language and meaning are connected by a series of interrelated forces far surpassing a word’s definition. Intention plays an important role, but contrary to our everyday literalist uses of language, what we intend to mean, what we actually mean, and the interpretations of our meaning don’t always coincide. This is especially apparent in, for instance, the debate over same-sex marriage which, it can be argued, is rooted in a problem of language. Doubtless Wittgenstein would have found this very interesting; he was of the opinion that philosophical misunderstanding is due entirely to our misuse and misunderstanding of the rules of our language-games.

On May 8th of this year, North Carolina voters approved a constitutional amendment banning same-sex marriage and all other same-sex unions. On May 22nd, a North Carolina pastor, while addressing his congregation, proposed that “all the lesbians” and “the queers and the homosexuals” be rounded up and left to die behind an electrified fence. It’s hard to imagine a misunderstanding of Rev. Charles Worley’s rhetoric; certainly, it is hate-filled and despicable any way you take it. However, the fundamental problem here is not one of politics, religion, or even sexual orientation—it is one of language. What are we calling “marriage?” Who or what are we calling “God?” In Wittgenstein’s opinion, definitions are not inextricable from their words, but emerge from “forms of life”—the culture and society in which they’re used. To see how language works in a certain case, we have to be familiar with how it functions in the context of a specific social situation. Definitions are agreements formed among people; and without that agreement (in the case, for instance, of private language, a matter that becomes crucial in understanding Lispector’s work) it is debatable whether words really mean anything. In an interview with CNN host Anderson Cooper, one of the congregation members, Stacey Pritchard, actually seemed to cite Wittgenstein’s theory.

Um, I believe [the pastor’s statement] was taken … I mean, yes, he said that, but he would never want that to be done. Of course, people are going to take it and make it their own way and make it into what they want to. But I agree with what the sermon was and what it was about.

In North Carolina, the word “marriage” is defined exclusively as a legal union, under the supervision of God, binding one man to one woman. We can safely assume that the word “God” refers to a Judeo-Christian, linguistically male-gendered, moral arbiter who considers certain activities punishable according (some might argue nominally) to a book of rules he calls the Bible. It’s no wonder that, within these confines, citizens may react violently to certain activities deemed “wrong” (the meaning of which, too, is a social event). But regardless of our feelings about Pastor Worley’s proposition, what Stacey Pritchard seems to be saying is that, in the context of her church, Worley’s sermon was “the word of God,” an expression of love for what they believe to be good and in accordance with the rules of their culture. In a different context—for instance, that of a conversation between this essayist and her good friend Danni Daniels, a kind person who makes her living in transgendered porn—the statement is threatening, even dangerous.

But what if there were no one around with whom to reach an agreement about the meaning of a word? What if the thing you’re trying to express can’t really be understood by anyone else? What if you’re alone, as G.H. is alone, at home with the memory of a mystical experience in which your concept of identity with relation to language, social class, gender, species, and time were challenged, to the extent that you felt you had become one with a cockroach you had recently killed, as well as one with—literally—eternity and the universe? How do you put that experience into words? The conflict involves not only translating the experience into language, but translating that private experience into language that someone else can understand. Who will understand what you don’t even, yourself, understand thoroughly? Lispector’s battle with private language runs urgently through the entirety of G.H. It is arguably the point of the book—the conflict being G.H.’s struggle to express an inner crisis without the “right” words; translating the intangible into the pictorial (a necessary step in Wittgenstein), in order to assign it definition and subsequently—in speaking, in writing—to imbue it with meaning. In the beginning, and throughout, she asks for our hand.

As soon as I can release your warm hand, I’ll go alone and with horror. The horror will be my responsibility until the metamorphosis is complete and the horror becomes light. And not the light born of a desire for beauty and morality, as before without realizing I’d intended; the natural light of the existing world, and it’s this natural light that terrorizes me. Though I know that the horror—I am the horror in the face of things.

Holding hands, we live the experience together. G.H. speaks in physical terms; finding any figurative language in this text is very difficult. These events are actually happening, to her and to us: “The roach with the white matter was looking at me”; “I reached the neutral and the inexpressive in me”; “the matter vibrates with attention, vibrates with process, vibrates with inherent present time.” In this way, G.H. is ostensibly able to “get around” the problems of intangibility and subjectivity. We are physically moving through this experience with her step-by-step.

Her deconstruction is minute and unrelenting. At the start, she has already “lost her human setup” and fears that she will never again be “something she could locate.” She fears being. Just being—apart from a system. “I don’t know what to do with the terrifying freedom that could destroy me,” she says. Recounting her experience the day before, she strips away (and returns to, and again strips away) her status as socialite, sculptor, lover, woman, homo sapiens, human, animal, and body. Time and place are shown to be irrelevant boundaries, like the rest of them; when we are, now, is simply, rapturously, a continuation of all time that ever was, is now, or will be; “now” is present and eternal. We are naked beings in a vast, indifferent desert that is God; not the God of Pastor Worley’s Providence Road Baptist Church, or even the God of North Carolinans, or even a Judeo-Christian or Muslim God. To this God, the terms we use to define ourselves are condiments upon the white, neutral matter of the edible cockroach, which is also Him. Lispector’s God doesn’t care if you’re gay. Her God doesn’t even care about marriage and especially not how the act is legislated. Her God is the “bosom of an indifferent love.” He is “still and alert.” “He wanted me to be his equal and for me to equal him through a love,” of which we are all capable.

Sarah Gerard’s fiction and criticism have appeared in BOMB, The Brooklyn Rail, New South, Slice, and Word Riot, among others. She has written journalism for The St. Petersburg Times and Creative Loafing, and edited a number of journals and street papers. She is a bookseller at McNally Jackson and a graduate of The New School with an MFA in Fiction. 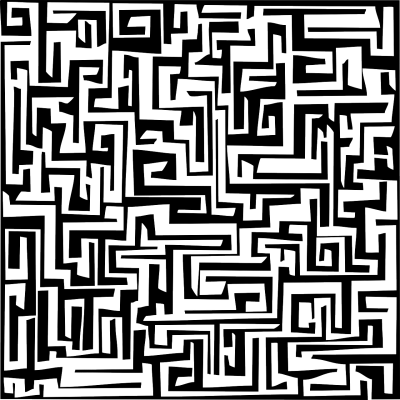