The Synesthetic’s Almanac by Laura Goode 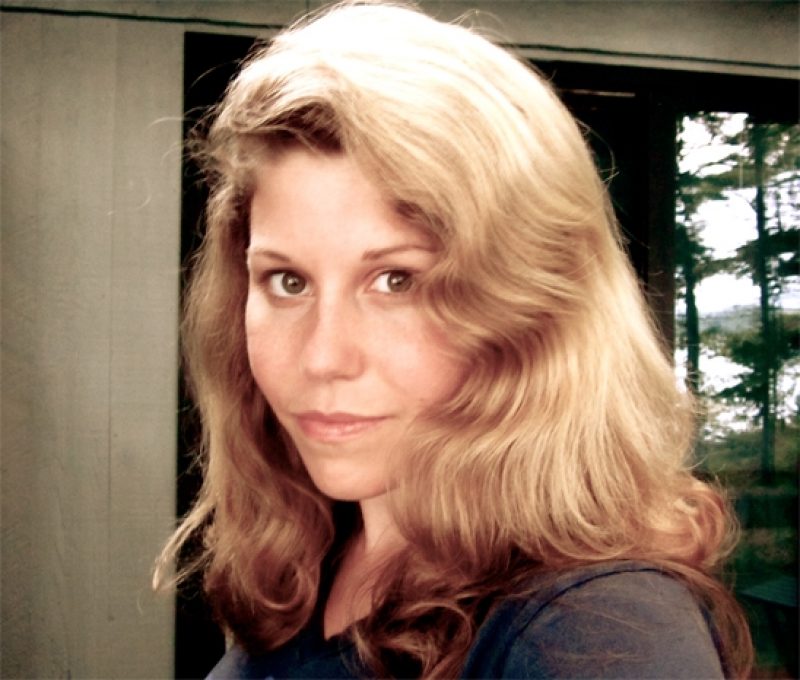 In 2008, a writing student of mine named Lindsay Stern emailed me to set up a meeting to “talk about poems and college apps.” Lindsay was 17, and had recently finished her junior year of high school. In preparation for the meeting, she sent me a handful of poems.

One of the poems, “The Rug Doctor” began arrestingly:

Pierre keeps his autobiography under the sink. It reads:

March: Pierre is a boy of ambitions.

June: Pierre and Selma buy a house with daffodil wallpaper.

July: A chandelier falls on Pierre.

October: For Halloween, Pierre is a frayed hem.

I remember sitting back from the poem in a kind of awestruck stupor, my thoughts drifting back to the humiliating drops of latrine-sweat that I called poems in my own college applications. My response to the remarkable work now before me came in the form of her calendar:

February: I don’t know what to call these, but I like them.

March: These whatever-the-hell-they-ares are fucking great.

April: A teenager wrote these?! Christ.

June: Has anyone seen the top of my head?

Four years later, I’m elated to discover that “The Rug Doctor” has returned as the opener to Stern’s haunting, elliptical novella-in-vignettes, Town of Shadows. Alternately illusive and elusive, TOS operates outside traditional constraints of plot or narrative, instead presenting a collection of short prose poems that become a sort of algebra of memory, or lexicon of sense; Town of Shadows could be called the synesthetic’s almanac. Not one to wait to publish her first long work until she had, say, graduated from Amherst College, where she’s just begun her senior year, Stern made her literary debut on August 25, when Town of Shadows was released by Scrambler Books.

Using her gorgeously unclassifiable text as source—after all, on page 46 of TOS, Stern asserts “Answer, n. A question disguised.”—I caught up with Lindsay to discuss age, light, calendars, Nabokov, and other dissections.

Laura Goode How old are you actually? How old is Town of Shadows? How old do you wish to be?

Lindsay Stern 1. Twenty-one. (According to Paul Ryan et al., however, I am already twenty-two, having existed before my own birth.)

2. Four-and-a-half. Town of Shadows came into being on an afternoon in April 2008, when I spotted a shop in Northampton, MA called “The Rug Doctor.” The next morning I wrote a short story about a mender of carpets who loses his shadow. That character became Pierre, the protagonist of the book. I left the story alone for a year or two, and then picked up a copy of Sherwood Anderson’s Winesburg, Ohio at the library one summer. I read the first chapter and charged upstairs to write. The novella grew from there. I finished the first draft during the winter of my sophomore year at college and sent it out to a few small publishers without expecting to hear back. In the end I was lucky enough to choose between two presses, and signed on with Jeremy Spencer at Scrambler Books—a fantastic editor and person. I’d returned to Northampton by then, only to find that the shop had disappeared. Eerie, considering what happens to Pierre.

3. Fifty-four. That number might seem odd to those unacquainted with the work of Kurt Gödel. Gödel was an Austrian logician who proved that all consistent arithmetical systems are incomplete—i.e. incapable of proving their own consistency. He also developed an intense fear of his refrigerator. In any case, thirty-three extra years would have given me a chance to roam this rock when he did. (The writer Laura Mahr and I visited his grave last year, after hours, and were unfortunately locked in the cemetery.)

LG If you had to write your own autobiography in an annual calendar of 2012, what would it contain?

March: Accidentally escaped from computer program. Had been using avatar to fly. [Fact]

May: Began sewing quilt with pins and needles. [Fiction]

LG “Through the bars he discerned only light: red for politicians, for philosophers bright blue, and for children the glint of candleflame.”

If you were to emit a personal light, in what shade would it burn?

LS A synesthete told me recently that my voice was somewhere between burgundy and vermilion. This would accord with my chronic blushing, which got so bad in sixth grade that I would bolt when called upon. Apparently blushing was more embarrassing than fleeing rooms. To answer your question, then, I emit red light. Which would make me a politician, much to my chagrin.

Amanuensis, n. To prefer not to. (cf. Melville)

LG “The best way out is the way in, he thought.”

Which ways in have you also followed out?

LS For most of my childhood I couldn’t bear to be physically alone. Not out of loneliness, but fear. All manner of grisly images would stalk my visual field. My father gave me some advice that seemed paradoxical at the time: “Write what you see,” he said, “the very worst of it.” Which I did. Sure enough, the demons lost some muscle. Avoiding them had been as fruitless as swimming parallel to an oncoming wave. Plunging in was the best way out. It’s funny how often that logic applies in conversation; how, for instance, acknowledging the elephant in the room can turn it into a mouse.

LG How do you think Nabokov would feel about your lepidopterist?

LS Strangely enough I hadn’t been thinking of Nabokov, consciously, when I wrote that chapter. The lepidopterist uses butterflies to defy the law of non-contradiction—the idea that two opposing propositions can’t be true simultaneously. If I remember correctly, Nabokov has a few lines in Lolita about love as the merging of “mirage and reality.” I think the lepidopterist would admire that insight, even as the book’s essential, damning mirage—Humbert Humbert’s—would elude him. (Several weeks before I wrote the chapter I’d had a quarrel with my advisor at college, the philosopher Alexander George. I had coughed up a naïve objection to the law of non-contradiction, which he’d calmly demolished. Professor George, if you are reading this, I am to blame for the caterpillars in your desk.)

LG “Lita knew from age twelve that no person was entirely human. Most were several degrees off, while others were unrecognizable. Lita’s mother, for example, was down to 96%.”

LS According to Lita, poets are not human at all. They are spiders. As for the rest, I think her matrix would run something like this:

Fiction writers: 60% [Excluding the work of Italo Calvino, who would clock in at 10%.]

LG “Victor had dissected every home in town. He came and left unnoticed, slinking down each house’s spine. From there he heard the sounds of other organs: the slosh of bathwater, the clicking stove, the fluttering of pages upstairs. Mother reading, Victor guessed. Those horizontal lives.”

Dissect the home in which you grew up. Dissect the room that has meant most to you.

LS Victor and I share—or used to share—a vertical existence. I grew up on the thirteenth floor of a co-op in New York City. The apartment was ideal for eavesdropping. Several corridors were so narrow that I could dampen my feet and shimmy up between the walls. There’s no hiding place like the ceiling. When my legs got tired, I would relocate to my bedroom. I’d stand at the window with a tweezers, squint, fit the metal tips around a passerby below and squeeze. (I realize now that Pierre does something similar, on the morning the mayor announces an imminent war. As the bureaucrats distribute the draft cards, Pierre rolls a tin cyclist along the windowsill, across the mayor’s face.)

Anyhow, when I was feeling less malignant I would write little notes, seal them in envelopes, and send them wafting down to the avenue below. I wish I could remember what they said. On the other hand, maybe not. I was rather haunted in those days. At four I threatened to stab my au pair. She returned to Europe.

LG Dissect the room at the end of your mind.

LS I can’t help but think here of a passage by David Foster Wallace, where he describes Kafka’s work as a kind of door upon which readers pound and pound, needing admission, only to find that the door opens outward—that, as he puts it, they’d been “inside what they wanted all along.”

And there you have it.

Lindsay Stern grew up in New York City. She lives in Massachusetts, where she is completing her B.A. in English and Philosophy at Amherst College. Town of Shadowsis her first book.

Laura Goode is a novelist, essayist, poet, and screenwriter. Her first novel for young adults, Sister Mischief, was released by Candlewick Press in 2011. You can follow her on Twitter.