The Ruined Map by Steve Macfarlane

Blunt yet intoxicating, James Gray’s The Lost City of Z betrays its outsize ambitions and pained revisionism with every last scene 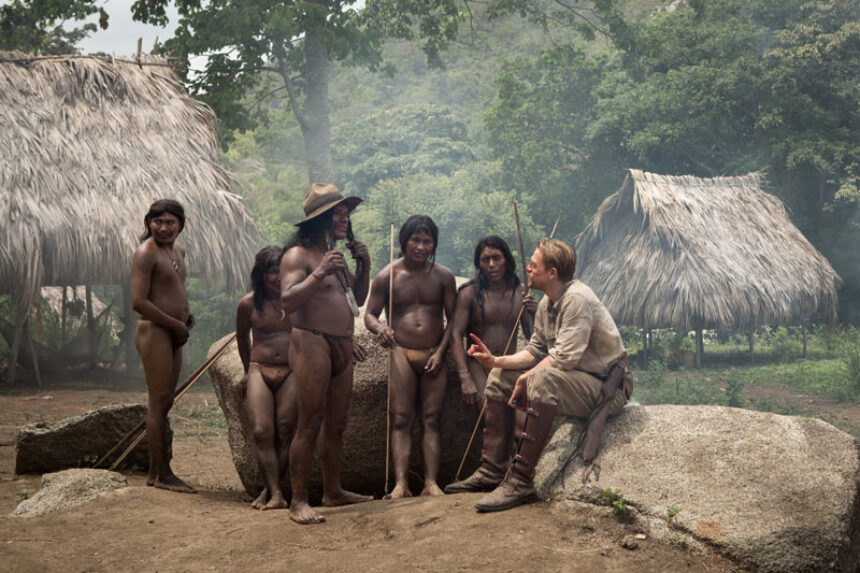 Few filmmakers’ careers highlight the gap between critical consensus and the mass ticket-buying audience (or lack thereof) better than that of writer-director James Gray. Until now, Gray’s films have taken place exclusively in New York City, concerning themselves with operatic themes: family dissolution, the cop-crook divide, longings for a better life compromised by the inevitable strictures of class, race, or religion. Gray loves little tweaks of fate that alter his stories’ outcomes irrevocably—in his 1994 debut Little Odessa, it’s a hanging bedsheet that manages to obscure a character’s field of vision just long enough for the wrong person to get shot; in 2007’s We Own The Night, it’s a pummeling rainstorm (added in postproduction) that sees Joaquin Phoenix’s Russian mafioso-cum-police informant unable to prevent the assassination of his deputy NYPD officer father (Robert Duvall). Whether these are desperate MacGuffins or rupture moments of pure poetry is very much the Rorschach blot by which Gray’s auteurism can be judged. Just as diehards find this earnestness to be unrepentantly classical, I’ve struggled to see these movies rise above their tendency for the hoary or literal-minded. (Then again, as Duvall’s aforementioned character offers: “You marry an ape, you don’t complain about the stench of bananas.”)

The key plot device of Gray’s new historical drama The Lost City of Z is, of course, the eponymous “city” itself: a mythical civilization rumored to exist within Amazonia that becomes the lifelong obsession of one Percy Fawcett (Charlie Hunnam), exploring on behalf of the Royal Geographic Society around the turn of the century. A career military officer besieged by class insecurities, Fawcett describes himself to his wife Nina (Sienna Miller) as “impatient with lost years,” while patrician muckity-mucks around the R.G.S.—including Emperor Palpatine himself, Ian McDarmid, in a savvy metacasting—refer to him as “unfortunate with his choice of ancestors.” This bit of screenwriting shorthand puts the thematic stakes where they will remain for near-all of Lost City’s 140-minute runtime. Fawcett is as fixated on “Zed” as he is on redeeming the family name, teasing out dichotomies on which the film will ultimately punt: setting a man’s mettle against his rank, and the difference between destroying what you wish to discover, versus never discovering it and living a life of permanent overreach. 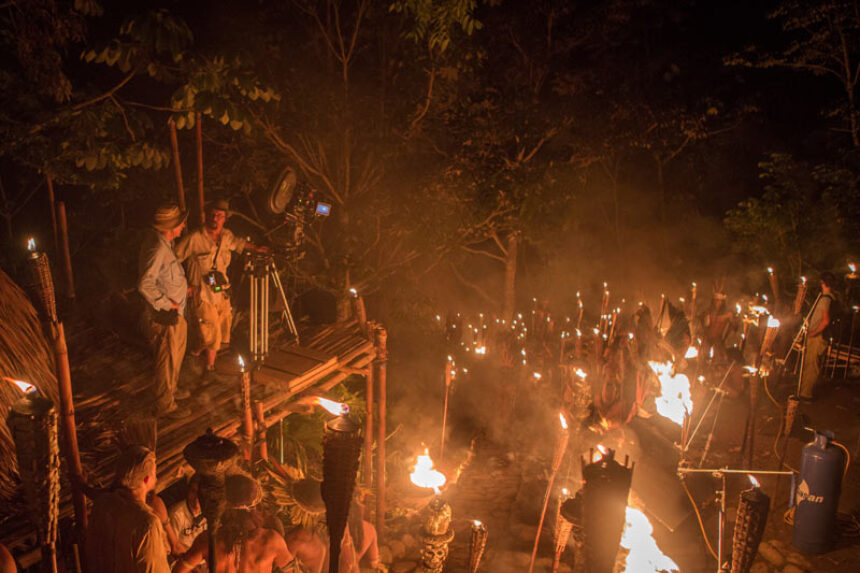 Crew and talent on the set of The Lost City of Z. Courtesy of Aidan Monaghan / Amazon Studios & Bleecker Street.

Whereas The Immigrant’s fragmented slivers of the Lower East Side circa 1920 managed to suggest a vastness just beyond the main character’s glimpse, Lost City’s elisions of context are too conspicuous. The onscreen abundance is less than you’d get in a normal historical epic, lending a certain preciousness to the images: Gray and uber-cinematographer Darius Khondji avoid the digitally composited helicopter sweeps and syrupy borealises that have befallen even Martin Scorsese, focusing instead on blink-or-you’ll-miss-them location shots and tangible, unfakeable growths of vegetation. The physical rigor is considerable, and there’s no doubt that Gray had to fight for every last shot—whether against bugs and disease mid-production in the Mato Grosso itself, or perhaps wrangling runtimes with his financiers at Plan B back in Hollywood. But the narrative end product is strangely gerrymandered, a tribute to what one zealot had the poor fortune of coining “the rare benevolent ambition of colonialism” that doubles as paean to its own outsize aspirations—which is to say, a necessary incompleteness.

For a movie about an ostensible cartographer, Lost City is too canny by half about the logistical challenges of Fawcett’s respective treks into the jungle: exactly how his team (led by his taciturn aide-de-camp Costin, played by Robert Pattinson) “miss” Zed on their first and second passes goes entirely unexplained, while Fawcett’s final sojourn—in 1920, after many setbacks and a Great War—arrives as if with a snap of the fingers. The thesis of exploration leading to ennoblement is taken mostly for granted by the surrounding film, and grows only more bristle-worthy as the political dimensions of Fawcett’s endeavor are less and less acknowledged. Early in the first journey, a rubber baron (Franco Nero), clearly aware which side his bread is buttered on, tells him that “I will help you because you will make sure nothing will change”—but beyond the addition of a slave to guide the party upriver, nothing is brokered onscreen beyond heavy portent. Gray manages to keep the region’s native Indians peripheral without indulging in the old stereotypes, although aforementioned slave’s final warning to Fawcett—”I feel sorry for you, English. I am free; there is no escape from the jungle”—is laden with the kind of indigenous mysticism that inevitably accommodates these stories. (While only a little less tendentious, Ciro Guerra’s Embrace of the Serpent does a far better job acknowledging the ravages of colonialism in a compressed timeframe.)

Gray has described the real-life Fawcett as a racist, yet the screenplay bends over backward to exceptionalize its hero’s obsession, rendering him more a victim of class stratification back home than an agent of empire in Amazonia. Given the roles Brad Pitt played as a white savior in 12 Years A Slave and the irascible conscience of the banking industry in The Big Short, respectively, it makes perfect sense that Lost City was originally optioned as a Pitt vehicle, but it’s hard to say if Hunnam—managing a brogue that’s both nasal and gravelly, leavening the material with cardboard old-world grandiosity—manages any better. During The Lost City of Z’s final 30 minutes, I found myself wishing the film had put (more of) its money where its mouth was—crumpling Fawcett’s dreams against the genocidal history that made them possible in the first place—yet curiously rapt, and unsure I wasn’t seeing it happen before my eyes. 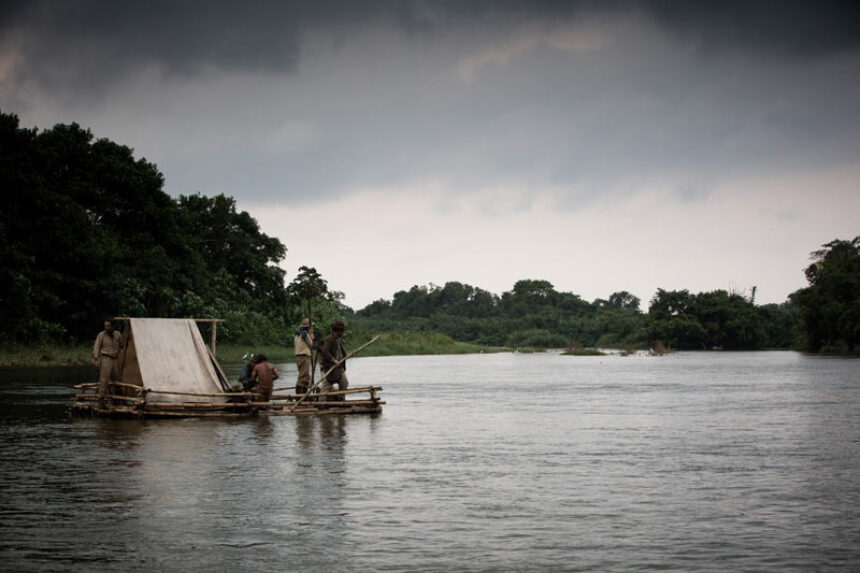 A still from The Lost City of Z. Courtesy of Aidan Monaghan / Amazon Studios & Bleecker Street.

This transcendent coda evokes not just the expected Fitzcarraldo or Apocalypse Now, but also James Hilton’s original Lost Horizon, performing a kind of exorcism of genre responsibility that ranks among Gray’s finest work. “Our world has set itself on fire,” Fawcett says, “and we must look elsewhere to quench the blaze.” But… must we? This is the predicament haunting every last scene of this maddening and riddlesome film which, for its many failings, remains an experience unlike anything else playing the multiplex this spring: in an era of endless exploitation, what is a white man’s sublimity really worth? I began to suspect there was a longer, better-detailed and perhaps more complex version of this story rattling around Gray’s brain before production began; perhaps, in 2017, an auteur’s signature can be better traced by his compromises than his indulgences.

The Lost City of Z is currently in wide theatrical release.

Steve Macfarlane is a writer and filmmaker from Seattle, Washington. A programmer at Spectacle in Williamsburg, his writing has appeared in Cinema Scope, The White Review, Filmmaker Magazine and The Brooklyn Rail, among others.

Everywhere at Once: José Maceda’s Musical Territory by Aki Onda 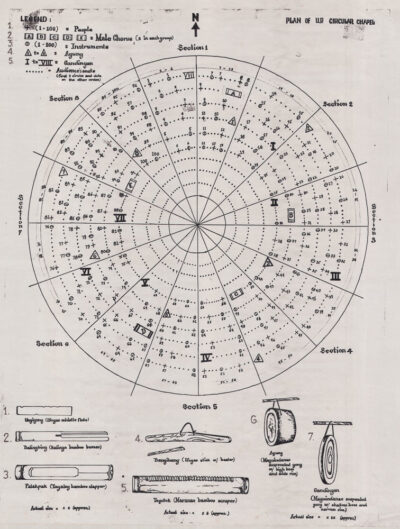 The secrets are boxed within. That’s what I thought two years ago in Quezon City, where I was doing research at the University of the Philippines Center for Ethnomusicology. 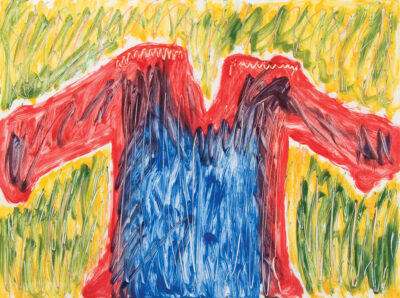