Gordon Lish has loomed large in the background of the American short story for nearly half a century. His recent Collected Fictions provides a re-affirmation of his incredible influence on a form he so clearly treasures. B.C. Edwards spoke with Lish over the phone about revision, reduction and the silence that precedes reading. 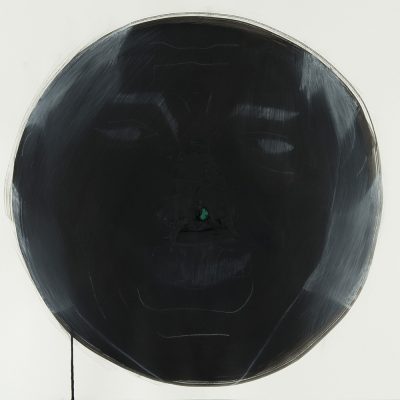 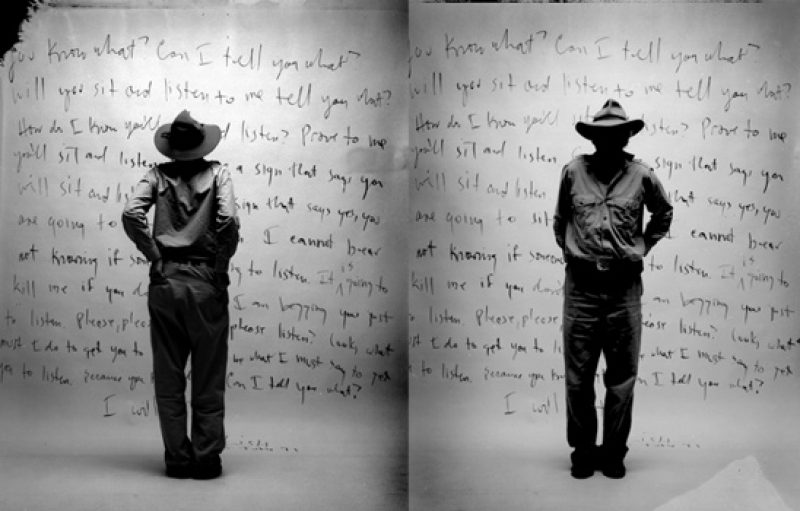 Gordon Lish has loomed large in the background of the American short story for nearly half a century. Known primarily for his minimalistic tendencies and his unapologetic editorial eye, his recent Collected Fictions provides both a contrast to these and a re-affirmation of the incredible influence Lish has had on a form he so clearly treasures. Published in June by O/R Books, Collected Fictions is a dense tome of minutely crafted stories, packed with work that is introspective to the point of recursion and pared down to the barest of essentials. There is no element to any of Lish’s stories that could be reduced further; every word, every sentence a key stone the removal of which would bring about the collapse of the entire structure.

As I read the collection, it occurred to me that if Lish’s work were to be personified, it might be as Kafka’s character of the Hunger Artist. Thin to the point of awe and wonder yet unwavering and steadfast, he is undoubtedly a master of his chosen medium. Lish, in his disarming humility, might dispute this, but it is precisely this dissatisfaction with his work, this compulsion to revise eternally, that makes his work so mercurial and fascinating. I spoke with Gordon over the phone last month.

B.C. Edwards Are the stories in this new collection, the Collected Fictions—were all of these part of previously published collections? Or are there some that you’d never published before?

Gordon Lish They all come from the collection What I Know So Far, Mourner at the Door, Self-Imitation of Myself and Krupp’s Lulu. To what extent I certainly can’t say—but my sense is that over the course of revisiting proofs, I have revised these entries rather a lot, perhaps too much. For better or worse, what you find here are not duplications of what appeared in prior books.

BCE I think it’s fairly rare, at least from what I know, for an author to severely revise—

BCE (laughter) Appreciably then… It’s said Borges was fond of doing that, every time he republished a story, he would effect a pretty heavy revision.

GL Not classing myself with Borges, but I’m all for revision any chance I get.

BCE Why the impulse to revise your work every time you print it?

GL It’s evident that what one’s done, however well done at first, won’t seem have been done as well subsequently. One’s read more, knows better, one hears differently. If one is to take this principle around the corner, one would revise every instant–both one’s work and one’s life—a practice I expect some artists enact. The results may prove damaging, but the artist’s work is not damaged.

BCE So then, in this process of constant revision, is there something in the story that refuses change, won’t let itself be bent or erased? Something you’re still trying to pull out?

GL No, it’s all just words, one had better not let oneself be bullied by words. I horse around with tones, acoustics, music–all the properties of speech aroused by diction and syntax.

BCE I think that ‘acoustics’ is a really lovely way to put it. When I was first reading the stories, I thought they were written in an almost frenetic, stream-of-consciousness style. As I read further though, I realized that your work is much more nuanced, in terms of effects. I was charmed.

GL Okay. I’m inclined to be insufferably fussy. Every jot seems to be crucial. With a word one can hold back the world. You know? A common comma, for pity’s sake. To shift, where in the mouth the sound is uttered can make all the difference, one likes to think. Probably irrationally.

BCE “With a word one can hold back the world.” That is a very lofty goal to have.

GL Nothing lofty about it. The fiddling, the ferocity of its possession of one, is just what writing is. The telling and the told aren’t separable, of course. In as much as I lack imagination, however, I make hardly any headway with the told. As for my manners of telling, I do my best to place my attention elsewhere but succeed very little at it, I’m sad to say.

BCE In many of your stories, the opening seems to sort of catapult the rest of the fiction all the way through it.

GL Well the opening is to get the thing opened, to overcome the inertia of silence, indifference. Whatever means convince you you have achieved this effect ordain what follows.

BCE The silence that precedes the reader beginning to read?

GL The silence that precedes the writer beginning to write.

BCE So that’s the grand challenge, is it?

GL For a writer whose imagination is impoverished, yes.

BCE A lack of imagination, as you insist. This would conceivably force you to focus not on the story per se, but relieve you to attend to what you call the manner of telling.

GL That will do as an excuse.

BCE I think your sense of inadequacy might happen to produce a grand result.

GL The less I have in mind, the more my mind can be counted upon. Unhappily, for me, mind is scarcely the whole of what applies. Call it the art of the bricoleur—making do with less. Making much out of little, a mountain out of a molehill.

BCE I was wondering about the foreword to the book. It was lovely to have this be the first thing of yours that I read. As a piece, it did exactly what you were saying the first sentence of every story does, namely, wake me up and make me wonder what the hell I was getting into.

GL Wow, that bit, it’s nuts! What the deuce was I up to? Yet, let it not become hypertrophic in me, but I have been taken with the feeling that the preface discloses, however opaque, what’s truest of me. I produced it as fast as I could write it and concluded, queerly, I’d stand by it no matter what. Apart from its drift as reference, there’s words in there I’m not certain are to be found anywhere else.

BCE I thought that maybe it wasn’t a foreword to anything at all, but rather a story called ‘Foreword’ that just happened to be placed first in the collection. (laughter) I guess I ruminated on that for about fifteen minutes before proceeding with the rest of the collection.

GL Fine, fine—what’s not a story? Besides, Is it not justice to put the reader on notice when lunacy is prospectively in view? By the by have you read Sam Lipsyte’s The Ask?

BCE I just finished it.

BCE I really enjoyed that book.

GL Yes, talk about it! But I would assert Lypsite has ends-and-a-half.

BCE He was a student of yours for a fairly long time, wasn’t he?

GL You bet—and I want it on the record, assuming this is the record, I’m mad for The Ask. And for Lipsyte. Just wish the book had not been printed with ornaments suggesting it was a goof.

BCE Yes, the typography and general design were strange to me as well. When I was givenThe Ask, I was told it was this hilarious book, and though it is hilarious, to be sure, it’s so much more.

GL Right you are! It’s Lipsyte’s heart, and no writer’s heart deserves to be offered us as if issuing from the hand of Disney.

GL Hooray for you. Whereas the design…

GL I laughed aloud, to be sure, but I probably cried to myself more than that.

BCE You could always have removed the dust jacket…

GL Sure, one can always tamper with the goods, but Lipsyte was owed the dissemination of his intent.

GL Better that the novel be read in fair light.

BCE As to your collection, I’m thinking of the story “The Little Valise”—how you begin by apologizing for the story’s taking place on a subway when so many other stories in the collection take place on subways. And then you apologies for how short the story is, noting that this seems justified insofar as the story takes place between subway stops. There are similar openings to many of the stories in your Collected Fictions. It seems to me that this trick serves to annul the noise of being that preexists our reading of the story. Does that sound about right?

GL Edwards is my man.

BCE Another thing that caught my eye is your naming of many of your stories’ characters ‘Gordon Lish.’ Are you writing yourself into these stories or are you generating a character, separate from yourself who you’ve called by your own name?

GL It’s an attempt to use writing to find out who I am.

BCE Is this, maybe another aspect of your enthusiasm for the revisionary life?

GL It’s an aspect, at the very least, of the truth. Besides, I think I’d sooner be lost than found.

BCE Are you trying to make yourself sound like a genius?

GL Absolutely. Is it working?

BCE I know you read DeLillo and McCarthy all the time. Would you be prepared to comment on that?

GL I am always prepared to comment on DeLillo and McCarthy—much in the same way, if not entirely in the same way as I would be prepared to comment on myself. They are geniuses. My mother and my father wanted for me to be a genius. So did I. When I found out a couple of days ago that I couldn’t be I made up my mind to stick as close as I could to those who were. A feat, a procedure one finds one can accomplish, on the cheap by reading. And by reading. And by reading. So I pick up the books of these two writers every day that I am not otherwise busy with the genius of certain women I know and certain children and grandchildren I’m tickled to have.

Gordon Lish’s Collected Fictions is out now on, and only available from, O/R Books.

B.C. Edwards is a novelist and writer who lives in New York City.