The Persistence of Place by David Varno

David Varno reflects on the Charles Olsen documentary Polis Is This: Charles Olson and the Persistence of Place. 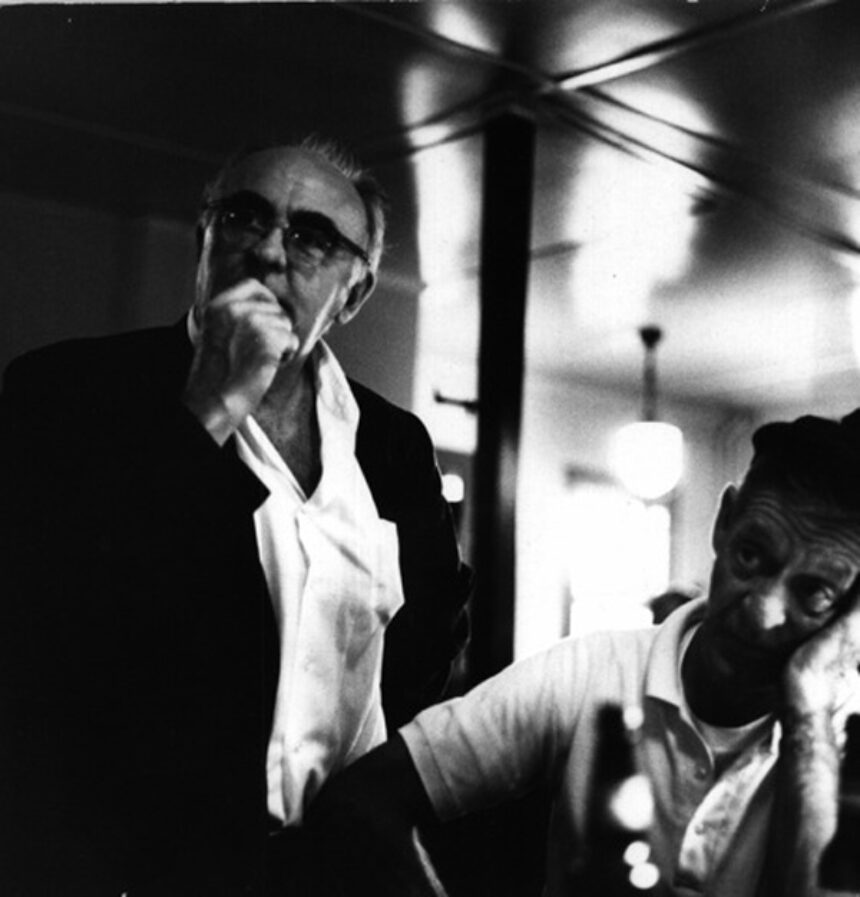 When Henry Ferrini’s documentary on Charles Olsen (1910–1970), Polis Is This: Charles Olson and the Persistence of Place, first appeared in 2007, the Boston Phoenix declared it “the best film about an American poet ever made.” This Friday, it will be screening on PBS as part of National Poetry Month.

The filmmaker, nephew of the late Gloucester, Massachusetts poet laureate Vincent Ferrini (who appears in the film), has had the special advantage of knowing the city of Gloucester and its people, and seems to suggest, with a succession of uncredited comments from townspeople interspersed with voices of well-known poets and the actor John Malkovich, that while poetry might not be for everyone, Olson was writing with the concerns of all of humanity in mind. He wanted us to take care of one another, of the earth, and most of all, to understand our origins. Place, as the film shows in an exploratory rather than doctrinal way, was most critical to Olson. Place and ownership. “This is my place,” he told poet Robert Blaser, when he sought to understand Olson through New England’s history, “you do it for yours.”

An unidentified man remembers that Kerouac, in New York, would tell people about this poet Charles Olson up in Gloucester, and Ed Sanders recounts marathon 24-hour classes that Olson led at Black Mountain College, but that’s the extent to which the film shows Olson’s connection to the counterculture in the midst of his later years. What we see is a poet who was intent on charting the geological, spiritual, municipal and economic development of Gloucester, with the Greek city-state (the polis), as a model that, as Diane DiPrima notes, was intended to be small enough to walk the entire circumference within two days. But the polis doesn’t contain him; “eventually you reach your arms up to heaven,” DiPrima says, and in so doing he created a new way of writing and thinking about poetry. This is the man, after all, who coined the term postmodern. As Harvard professor and environmentalist writer John Stilgoe suggests, he twisted the prism to look out from within.

One of the film’s most endearing moments occurs in a statement from Olson’s colleague and long-time friend Robert Creeley (their ten volumes of correspondence is available from Black Sparrow) captured sometime in the late ’90s. Creeley compares the ingenuity, spontaneity and force of Olson’s process to the performance of 1973 Super Bowl MVP Larry Czonkas. The Miami team that year was equally matched with the Minnesota Vikings, but succeeded by responding to the other team’s strategy, and watching the footage over Creeley’s voice, we see what he’s saying about Olson: “poetry that informs itself by what it’s doing.”

Creeley was about 15 years younger, but the two poets learned from one another, as we see in Olson’s exercise in poetics, “Projective Verse,” read from in the film by Malkovitch and centered around Creeley’s statement that “form is never more than the extension of its content.” Creeley pops up again later in the film to discuss the sadness in the answer to one of the main questions that Olson raises, which is, If men do care about the world they live in, what kind of a world do they care to have? As Gloucester began to lose its character in the 1960s to new development, Olson responded with many outraged letters to the local newspaper, and later claimed to have no more connection to the place.

The spiritual reaching towards the sky that DiPrima mentioned, combined with the pillaging of the earth is colorfully demonstrated in Olson’s translation/rewriting of “The Song of Ullikummi” (not included in the film):

The most incredible scene in the film—not to take away from Ferrini’s skill, whose own footage is stunning, both here and in Lowell Blues: The Words of Jack Kerouac—taken from the Smithsonian Archives, is an audio recording of Olson reading from his “3rd Letter on Georges, Unwritten,” heard over gut-wrenching archival footage of sail fishing boats racing through heavy surf. The piece is included in The Maxiumus Poems (his lengthy and powerful project composed in the tradition of William Carlos Williams’Paterson and Ezra Pound’s Cantos), and narrates a return voyage with a young, brave swordfish captain. Olson is filled with wonder and agony, of longing for the skills to be a fisherman himself, or at least for the words to do justice to the experience. “I want that sentence here,” he says, as though it’s all he wants in the world, “of this man going home.”

Polis Is This: Charles Olson and the Persistence of Place will screen Friday, April 24th on PBS. For info and schedule, click here. 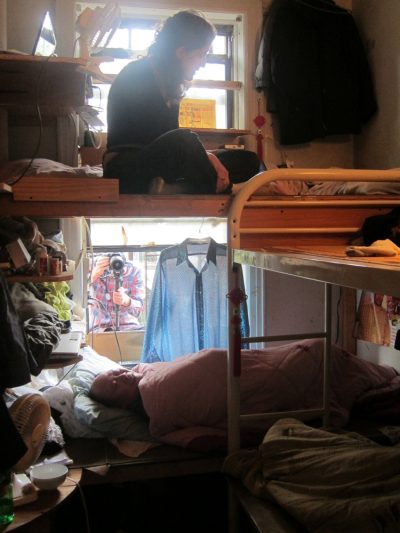 Filmmaker Lynne Sachs and poet Paolo Javier on the dialogues between documentary and poetry, and politics and personal history.