The Necessary Rage by Scott Esposito

On Iván Repila’s The Boy Who Stole Attila’s Horse 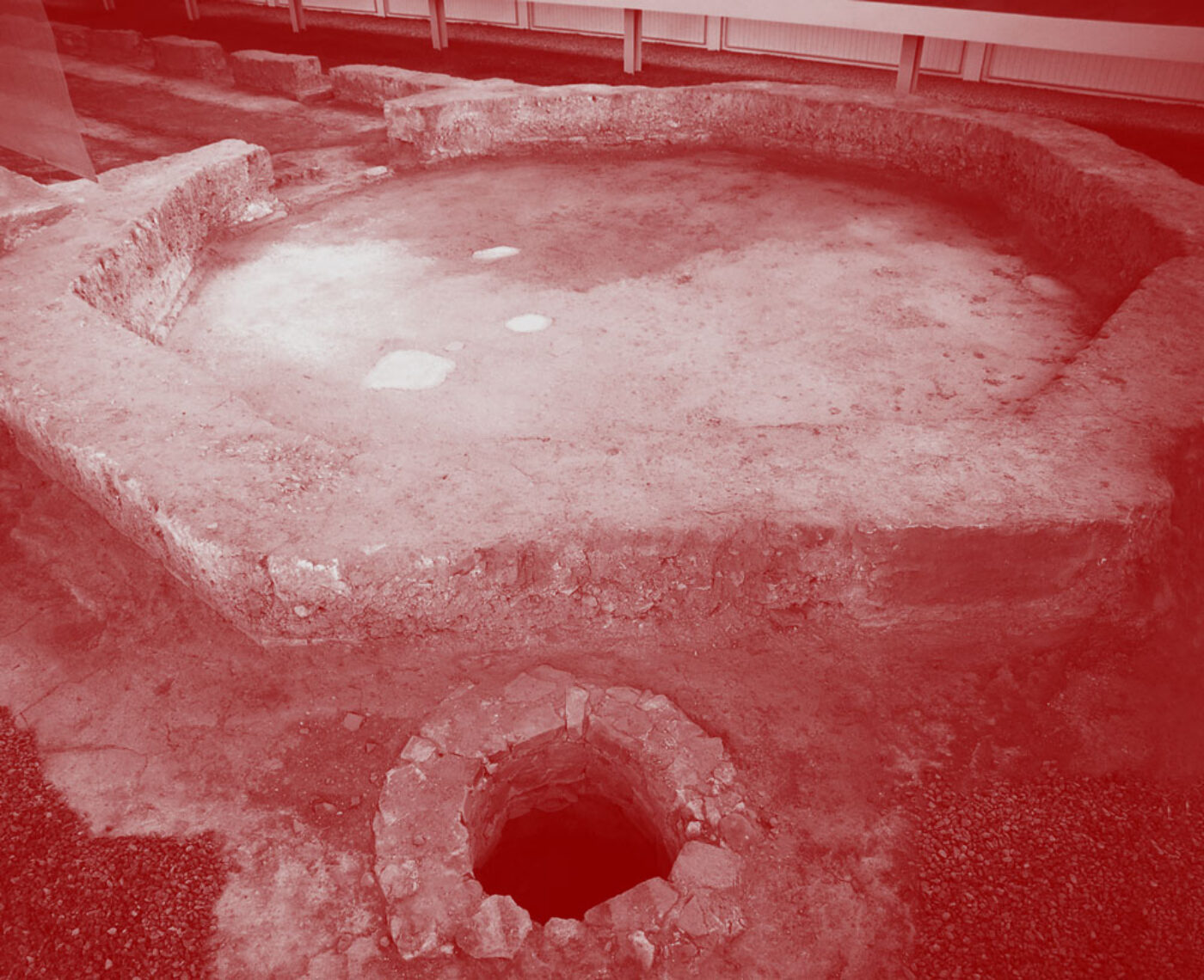 It may be that, looking back, we recognize these as the years when the social fabric began to fray. The years in which the rich began to take just a little too much of the world’s wealth, when citizens of the wealthiest nations grew just a little too callous toward refugees from the poorest, when the effects of our environmental mismanagement became just a little too dramatic to brush off. The years, in other words, when order broke down and the only response for the dispossessed became rage.

The author Iván Repila invites this subtext for his second novel, published amid historic poverty in his native Spain in 2013 and now arriving in English. He opens The Boy Who Stole Attila’s Horse with these twinned epigraphs:

In a system of free trade and free markets poor countries—and poor people—are not poor because others are rich. Indeed, if others became less rich the poor would in all probability become still poorer. — Margaret Thatcher I came to the cities in a time of disorder When hunger ruled. I came among men in a time of uprising And I revolted with them. So the time passed away Which on earth was given me. — Bertolt Brecht

Though published in her 2002 memoir Statecraft, Thatcher’s epigraph is nonetheless pure ’80s arrogance, in effect scolding the poor that they are fools to wish for greater equality: the gap between them and their betters is natural and irreducible, and making the rich less well-off would only make them even more wretched. Brecht’s, by contrast, comes from his 1939 poem “To Posterity,” a work that has assumed a second life as a sort of battle cry of the left and written in a very different era than Thatcher’s. In Brecht’s moment, even the Iron Lady’s rhetoric would have felt quaint as the poor she demonized were busy turning cities into flames.

A portentous beginning, but one that is almost completely forgotten once you turn the page: Repila’s novel changes entirely, confronting us with a story beguiling in its fairytale-like simplicity and absolute distance from any recognizable reality. Two brothers known only as Big and Small are at the bottom of a deep well with no way to escape. They know who put them there, though this is a revelation that Repila carefully elides until the end of this taut, eerie story. This is not the hack’s trick of withholding information to no purpose other than cheap suspense; rather, Repila cannot reveal this fact to us yet because his two protagonists do not know how to utter it. As he constructs their complex psychologies and makes them evolve, the boys work their way toward discovering how to speak of such a thing. 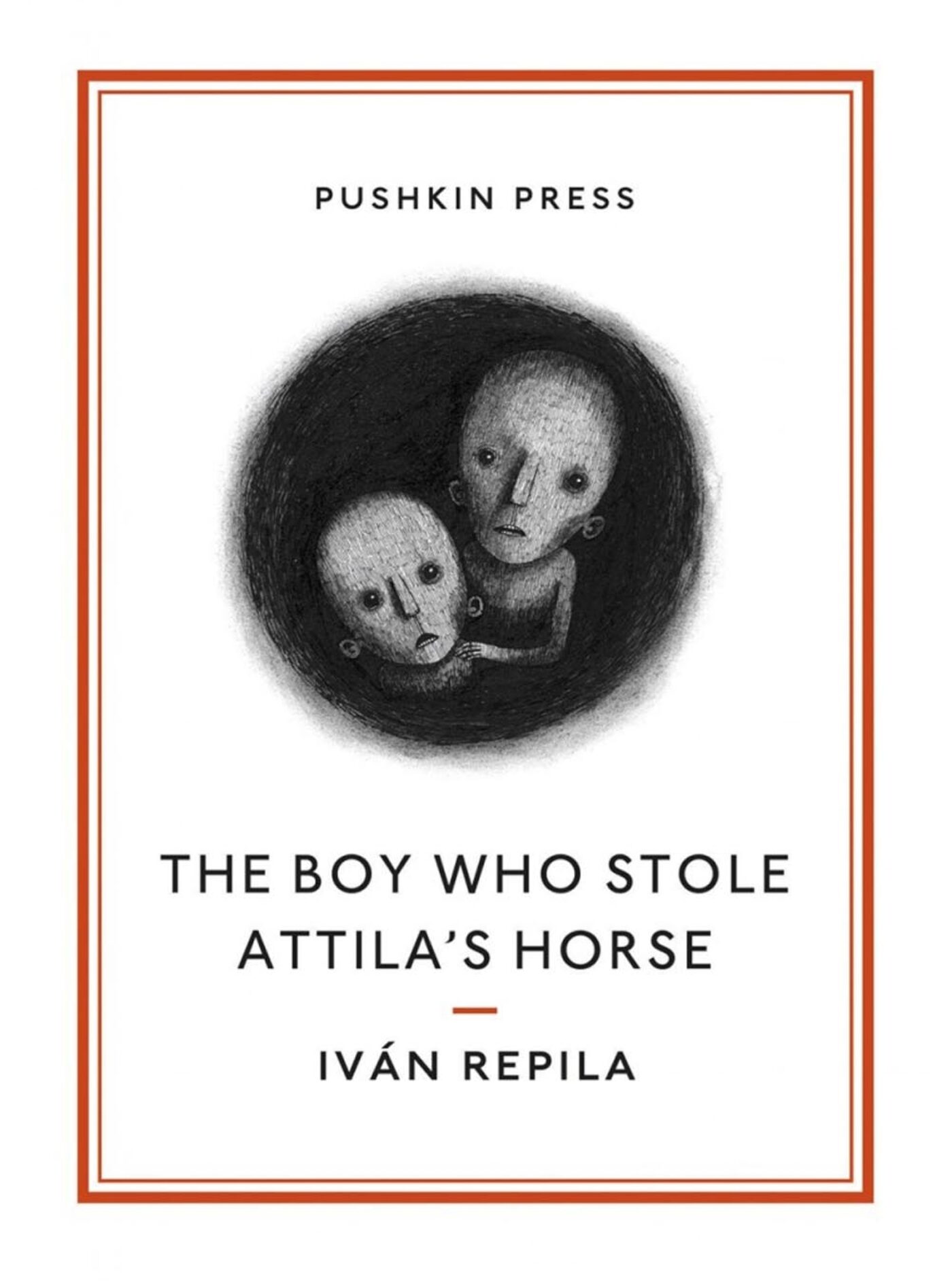 They also fight to keep death at bay, and to find an escape from their prison. With shocking precision The Boy Who Stole Attila’s Horse reveals what happens when two innocent individuals are dispossessed of everything and made to live like terrorized animals. Repila’s language, clogged with maggots and tumors, festering wounds and leaking brains, gives this book an overwhelming pungency (praise must be given to Sophie Hughes for a translation nimble enough to turn on a dime and powerful enough to knock us out with its startling images). Although the book is very much about the physicality of the brothers’ desperate survival, it is also equally a philosophical study about what such an ordeal does to their minds.

Here is where the epigraphs begin to seep into the story, where it becomes evident that this novel is about vengeance, how people are pushed to take it, and what this does to a psyche. When we start the book, Big is already muscular and brutish, a being who is one with rage and can apply this most destructive emotion with absolute force when necessary. It would be a simple thing for him to take vengeance on the thing that has left them to die in the well, but Big cannot scale the slippery walls. Of the two, the only one who stands a chance at returning to the surface is Small. Big knows this, and early on he attempts to windmill his body and toss Small to safety like an Olympic athlete hurling a discus, but the only result is serious damage to Small’s fragile body. For a second effort Big must wait and marshal his strength, and it is during this time that he brutalizes Small so that he might learn how to let rage possess his body so that it may commit unspeakable acts.

The Boy Who Stole Attila’s Horse is a study of how it is possible that rage can encompass such a gentle, sensitive creature. It is a book of shocking violence, one that will turn many stomachs. For it is quite clear that Small is not the type to take vengeance, and watching him be made so is difficult. Repila writes that Small, “admires the simplicity of his brother.” He continues: “It must be easy to make decisions in a world with such radical contrasts, where everything is black and white. It must be easy to do the right thing.” By contrast, Small is a forgiving intelligence that only sees ambiguities. This perhaps tells us why Big’s first attempt to liberate his brother is destined to fail; were Small to have escaped there would have been no vengeance taken. Only the entrapment in the well, and the destruction of Small’s psyche, makes his transformation into a murderer possible.

The horror of Repila’s book is the sober calculation with which he augments Small’s despondency, how that anguish feeds the dark emotions until they are ripe and ready to take possession of the body. As Small reflects, “lock up a rebel in a cage for a few years and he will either escape, commit a meticulous planned suicide making use of the objects he has at his disposal, or die carving up his own body into pieces small enough to pass through the bars.” Such political sentiments follow naturally from Thatcher’s callous remarks to the downtrodden, but Repila also imbues his book with the apolitical madness of Brecht. Gazing into Small’s mind, he lets us see the unintelligible, unspeakable thoughts that come when an intellect is forced to dance with its rage. “Deep cracks open up in his thoughts and he can feel how the walls that contain them are beginning to collapse. He feels his reason plunging into a hole; waste collects at the smoking base and noxious fumes rise up and lacerate the chimney of his sanity. He is saying goodbye to reality. It is defeating him.”

Repila’s book is not merely about how the neglected acquire their rage; it also leans heavily to the allegorical, and its political subtext is so lightly worn that it is easily overcome by the many symbols and ambiguities constantly at work. Is it meaningful, for instance, that the chapters of the brothers’ story are numbered with primes? Is there meaning in the particular depredations they endure, the thirst that drives them delirious, the rain that nearly drowns them, the wolves that threaten to climb down the walls and devour them? Is there meaning in the identity of the person who entraps them, the full picnic basket tossed in after they are betrayed, and what the boys choose to do with it?

One could go on, for nearly every aspect of Repila’s strange, slim book seems to imply some sort of obscure significance. And yet, there is no reason for any of it to mean anything. The story is sufficient as just an uncommonly exacting depiction of how rage works itself from one mind into the next.

Repila tells us that the exercises Big uses to strengthen his muscles make them grow oddly in the constriction of the well. They become “misshapen, somewhere between those of a half-starved man and a mastiff…. His training is reproducing an incredibly short muscle memory, a kind of corporal amnesia that stretches the limits between survival and progress.” But the line between survival and progress is a blurry one for Repila, for in his well the only progress possible is to survive. Big may only build those muscles that the well will permit him, and they are the exact ones necessary to survive within it. Likewise, all of the brothers’ exertions are put toward keeping their bodies functioning and their minds from imploding. This is complete wretchedness, the moment when the body can no longer discern between moving forward and running in place. The question posed by Brecht’s epigraph, and with which this book finally leaves us, is whether this is not merely the fate of those imprisoned, but rather the common human predicament? For what exactly is liberation? Is it merely building the muscles necessary to fling your brother free from oppression so that he may commit unspeakable acts? Once you have internalized the logic of the well, can you really escape it? If anger is what makes Small into a “man,” then I would like to believe that there is another chapter to his story, one where he finds that anger is but a veil before a truer self. For just as strongly as it implies that rage is a necessity, Repila’s book also indicates that it is unnatural. As Brecht’s “To Posterity” asserts in its conclusion, “And yet we knew: / Even the hatred of squalor / Distorts one’s features. / Even anger against injustice / Makes the voice grow hoarse. We / Who wished to lay the foundation for gentleness / Could not ourselves be gentle.”

Scott Esposito is co-author of The End of Oulipo? (Zero Books, 2013) and the author of The Surrender, forthcoming from Anomalous Press in spring 2016. 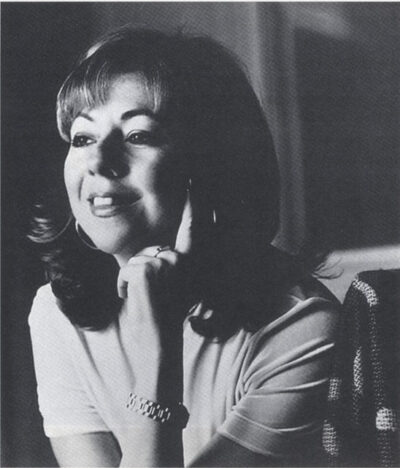 In June 1920 a bomb exploded at the Teatro Naçional in Havana. 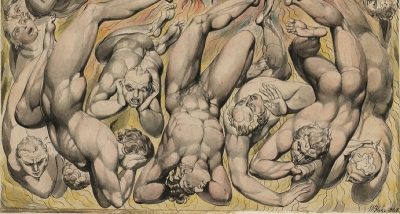 “All our worst mistakes begin as fiction in our lives.”