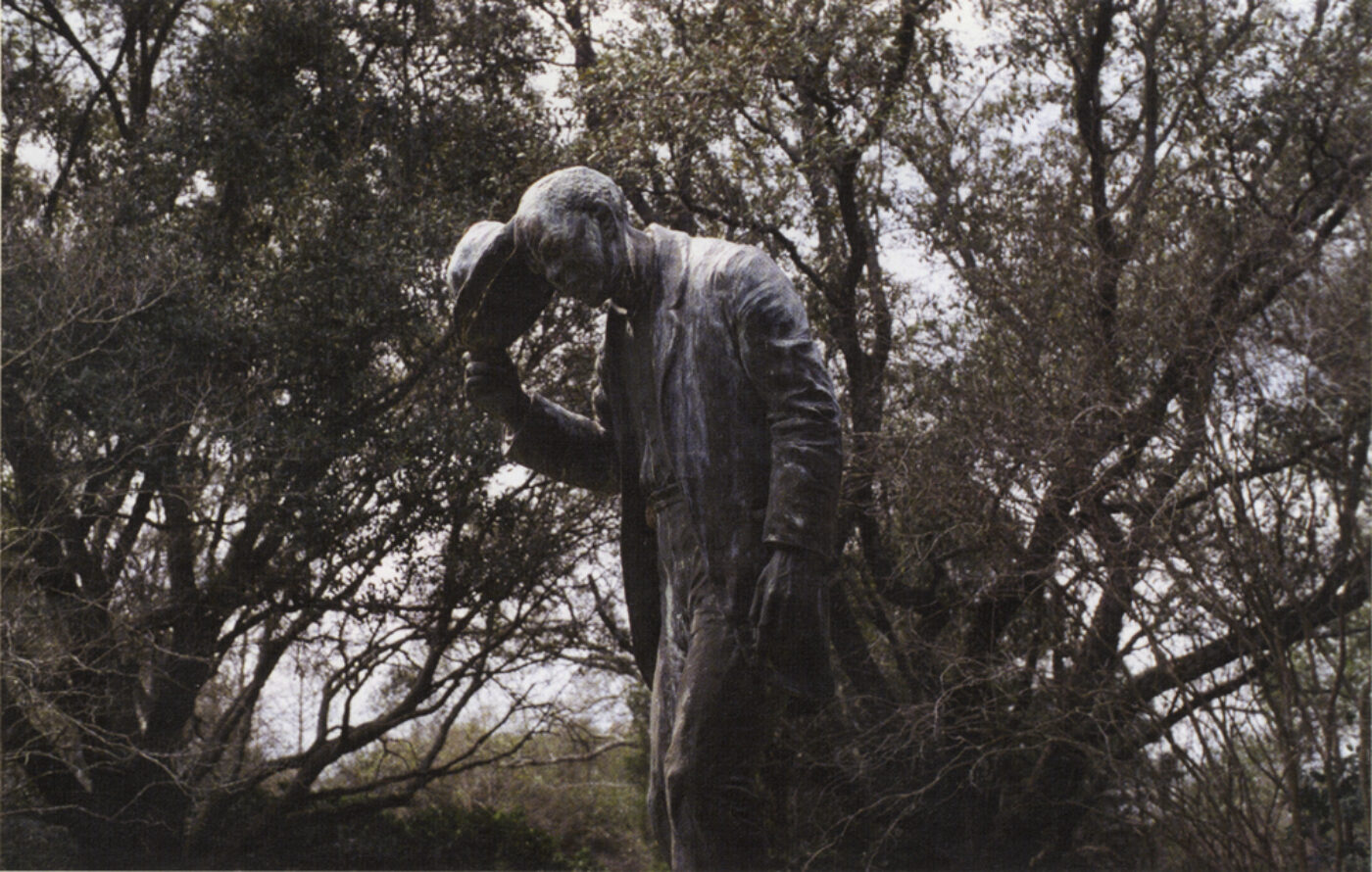 My first grade teacher explained to us why we shouldn’t put coins in our mouths.

“It might have been in the hands of a”—she held her hands up like they were diseased, and distorted her face—“sick person.”

“It might have been in the hands of a colored person.”

We lived a couple of other places before we moved to Natchitoches, but I don’t remember them. I was two when we got there. I learned to talk in Natchitoches, and to read, and to tune the radio, in that order. I came to consciousness there.

The town’s name, that of a now extinct group of Indians, is pronounced Nackatish—a terrible trick to play on a kid learning to spell. Up in the northwestern part of the state, 68 miles southeast of Shreveport, Natchitoches is the oldest town in the Louisiana Purchase. Founded in 1714—that’s four years before New Orleans, as the locals never tire of reminding you—the town is split in two by a long, thin, oxbow lake that used to be the main channel of the Red River before it changed course around 1835. By my time, that blind 35-mile segment of what had been the Red River had been dammed up and was called the Cane River Lake. It looks like a river, but it doesn’t flow.

When I lived in Natchitoches in the 1950s, the town’s business district stretched for a few blocks along the west bank of the Cane River Lake. Front Street, the town’s main promenade, had old-style brick paving in my childhood, and has it today. At the top of Front Street, there’s a little traffic circle, and in a place of honor in that circle was a statue. It was the only statue in Natchitoches, but it’s no longer there.

I didn’t know how long it had been there or who put it up. But I knew that life-size sculpture of a humble old black man, because I saw it every day of my childhood. The statue was erected, we were told, to honor the slaves who didn’t leave their masters at the end of the war. There was no need to ask which war, though in other parts of the country to speak of “the war” would have meant World War II.

The Good Darkey was a gift to the city from Jackson L. Bryan. Born in 1868 in nearby Mansfield, Mr. Bryan was a cotton planter, mill owner, and banker in Natchitoches. He loved Negroes, you see, and wanted to honor the good ones. A $4,300 commission to monument sculptor Hans Schüler brought the life-size figure to the bank of the Cane River Lake in 1927, cast in bronze and complete with a plaque that read, “dedicated to the arduous and faithful services of the Good Darkeys of Louisiana.”

That year, 16 black people were lynched in the South. That made it a calmer year than, say, 1892, when 161 blacks and 69 whites were lynched. But that wasn’t much comfort to the family of John Carter, who was lynched in Little Rock in 1927 by a mob of 200 that also burned his body. That’s what happened to Bad Darkeys. Indeed, the burden of proof of Goodness was on the individual Darkey, who otherwise could be presumed to share the stain.

My parents weren’t exactly left-wingers, but they weren’t racists either. I was carefully taught to say Negro, the respectful term, or, in the alternative, “colored”; “black” would have seemed derogatory, and being educated people, we never said “nigger.” But I grew up in a town that was about half black without ever having any social contact with a black kid. I don’t mean, I didn’t have any as close friends. I mean, I never had a single conversation with a black child. As people say when they talk about those days, that was just the way it was.

If you were black and wanted a job in the Natchitoches of my childhood, the Good Darkey was there, beaming his benevolent eyes down to instruct you in deportment. The only jobs open to you were menial ones, since you wouldn’t be considered for anything else. Whites encountered blacks only in service positions. They were janitors. They dished up dinner in restaurants where they couldn’t be seated. Not a few white people assumed Negro men to be sex maniacs, so businesses wouldn’t hire them for jobs that required social interaction with white women. Negroes were also deemed likely to have (whisper it) venereal disease, and, since it was widely believed you could contract syphilis from a toilet seat, this was sometimes cited as the justification for not allowing them to use the same restrooms or drinking fountains as whites. The gas stations of my childhood all had three restrooms, labeled Men, Women, and Colored, in the Esso or Mobil logotype. Except the fancier ones, which had restrooms for Colored Men and Colored Women both.

We moved away from Natchitoches in 1960, and didn’t go back until 1967, when we passed through on a trip to Florida. By then I was a 16-year-old hippie, dragging my guitar along with me everywhere I went. We stopped for burgers in Shreveport, a visibly different city than the pre-interstate version I remembered. I played “Funky Broadway” (the Wilson Pickett version) on the jukebox. Black people were coming into the joint to eat, something they couldn’t have done in 1960. In Natchitoches, the Good Darkey was still up on Front Street, but his time had passed.

The next, and last, time I was in Natchitoches, it was 1977 and I was already living with Constance. We were driving cross-country, and I managed to route us through my old hometown to spend a night. As I was getting some ice from the machine at the motel, I asked the man at the front desk, whatever happened to that statue that used to be on Front Street?

He said, “Oh, they took it down when all that integration mess came th’ough.”

The Good Darkey came down in September 1968, so he didn’t get to see downtown Natchitoches become a National Landmark Historic District. He was mothballed for a time, then resurrected. Today he’s on display at the Louisiana State University Rural Life Museum, located on the site of an old plantation outside of Baton Rouge. They don’t call him the Good Darkey now, they call him “Uncle Jack.”

Which is scarcely less insulting. Uncle and Auntie, of course, were standard ways to address slaves once they reached a certain age. After all, you couldn’t call them Mr. or Mrs. if they didn’t have last names. If they had last names, that would mean they were people, instead of property. That in turn would mean they could be married for life, and not be sold apart. Or have the right to keep their children, instead of having them sold off.

In Harriet Beecher Stowe’s novel, the fictional Uncle Tom is beaten to death by Simon Legree at a Red River cotton plantation. Had Uncle Jack commemorated a real individual, that old man might well have been sold away from his mother in Kentucky down to a Red River plantation, never to see his family again, in what historians politely call the interstate slave trade. That’s what those sentimental lyrics were about: Old Folks at Home. My Old Kentucky Home. Carry Me Back to Old Virginny. They were the lamentations of the Good Darkey.

In 2005, living in New Orleans, I kept intending to go to Natchitoches. Somehow I never made it. But I had go to the Rural Life Museum, to reassure myself I wasn’t crazy, that I really did remember what I thought I remembered.

There he stood. High up in the air on a pedestal, at the front entrance to the plantation, submissively welcoming visitors like an exalted lawn jockey. The Good Darkey.

The on-site signage spins the story as if putting up the statue were an act of liberalism: some of the townspeople were more conservative than Mr. Bryan, and they didn’t want any statue of a black man going up. Even a servile one.

I paced around him, snapping pictures from every angle. I didn’t make it up. Constance was my witness.

He really did have his head bowed, and his hat in his hand.

Adapted excerpt from The Year Before the Flood: Music, Murder, and the Legacy of Slavery in New Orleans, a work in progress. © 2006 by Ned Sublette.

—Ned Sublette is the author of Cuba and Its Music: From the First Drums to the Mambo (Chicago Review Press, 2004), and a contributing editor to BOMB. He is a 2005–2006 Guggenheim Fellow and was a Rockefeller Humanities Fellow at the Stone Center for Latin American Studies at Tulane University in New Orleans in 2004–2005.

The Insult: “Shut up, you dirty greaser.” From Tejas by Carmen Boullosa

It’s high noon in Bruneville. Not a cloud in the sky.

Justin Peters is told by his department how he must teach the Great Books course he has been assigned. 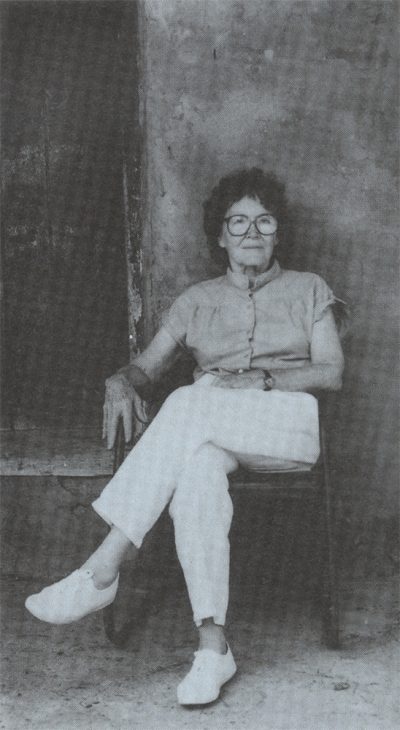 Ellen Douglas’s Truth: Four Stories I Am Finally Old Enough to Tell contains scattered tales and facts gathered from her relatives, and the residents and archives of the author’s community.