The False Fear of the Christians by Celsus 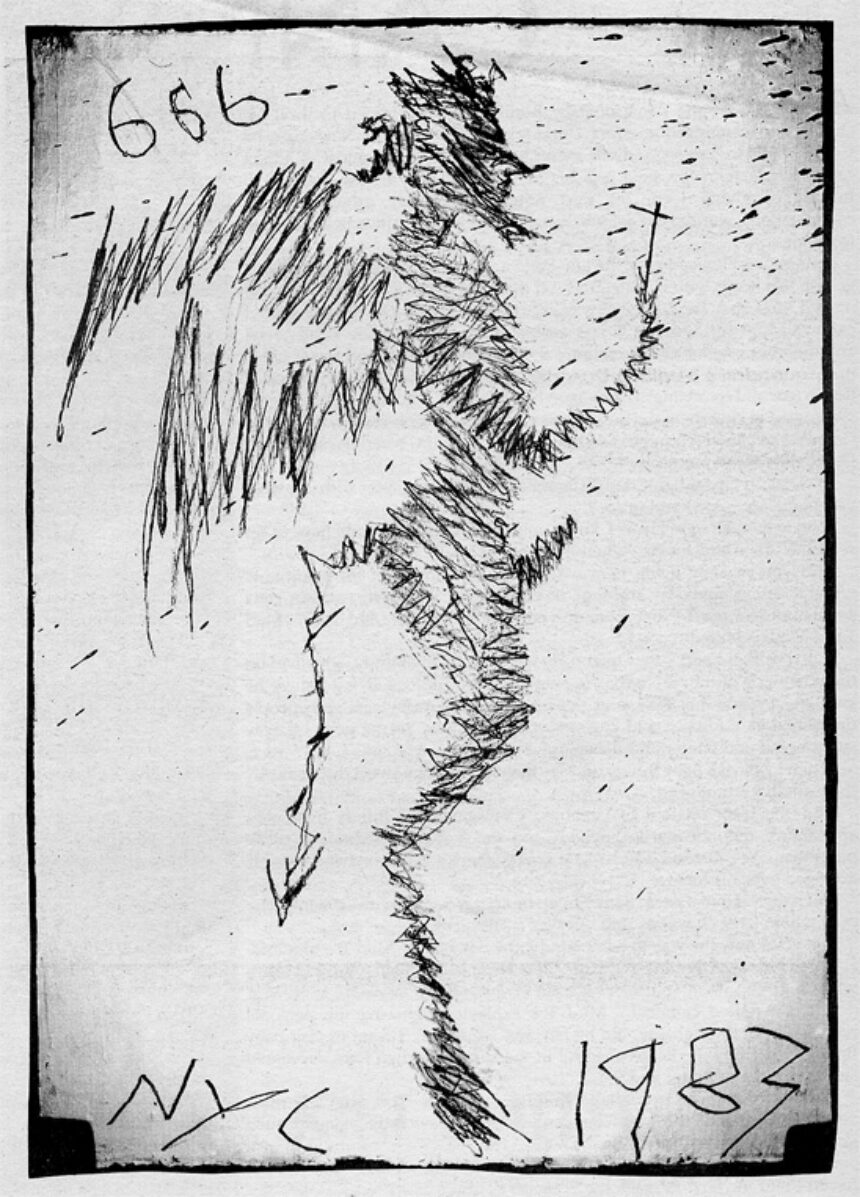 Carl Apfelschnitt, In the Light of the Second Coming, Study 4, 1983, oil and pencil on paper.

Look, they say, I post myself beside the statue of Zeus or Apollo or whichever god and blaspheme and strike, and in no way does he take revenge on me! Do you not see, o my dearest friend, that your demon, too can be belittled and slandered at will by anyone and more than that—that the blasphemer expels that demon from any land and sea and tethers you, who are dedicated to him like an image, and leads you away and hangs you up on a stake; and still the demon, or, as you hold, the son of God, does not take revenge on him. The priest of Apollo or Zeus, however, answers:

“Late will the Gods’ mills grind
upon the children’s children, who
ever grew up in days to come.”

Indeed, you deride their statues, you, who had inveighed against the present Dionysos or Hercules, would certainly not have came off unharmed. Yet those who punished your God while he was present, those who accomplished this, did suffer in no way; and even with so much time elapsed since, nothing new has been attempted by him against those, who then may have come to believe that the punished was not a fraudulent man, but the son of God. And he who sent his son for certain “images,” did shut his eyes to him who was so cruelly punished that the “images” perished with him—did not even return after so much time has gone by. What father he must be to be so ungodly! Indeed, it may be as you assert, that he wanted to be thus treated, and was therefore abused and ill-treated from all sides. But may it not be that those whom you blaspheme want it as well and therefore suffer being blasphemed? For to compare like with like is surely the best. Rather, they utterly take revenge on the blasphemer, wherefore he flees and hides himself or gets captured and perishes. Do I have to name everything that out of oracles by prophets and prophetesses, and by other inspired ones, men and women alike, was prophesied with God-enlightened voice? Everything that from sacrifices and victims was revealed? Or from other wondrous signs? Others, yet, saw distinct manifestations. The whole world is full of this. How many cities were built owing to oracles and overcame illnesses and famines? How many, though, were badly ruined, neglecting or forgetting this? Yet many were sent out to found colonies, and became happy because they obeyed these orders? How many rulers, and how many private persons, too, found a better or worse end because of this? How many fled from the wrath of the demons? How many crippled were healed? But how many, on the other hand, who, being arrogant at the holy places, were punished immediately—some being seized by madness on the spot, others confessing what they had done, others committing suicide, others struck with incurable diseases! Yes, it even happened, that from the very sacred rooms came a powerful voice to knock them down.

The Jesus Series by Jim Torok

Passing Through by Colin Channer

He was set to leave that evening on a packet boat that had arrived the night before from Cartagena via Port of Spain. Officially, he’d only been recalled, but a secret letter brought him wind of circulated gossip—they were going to defrock him in New York.