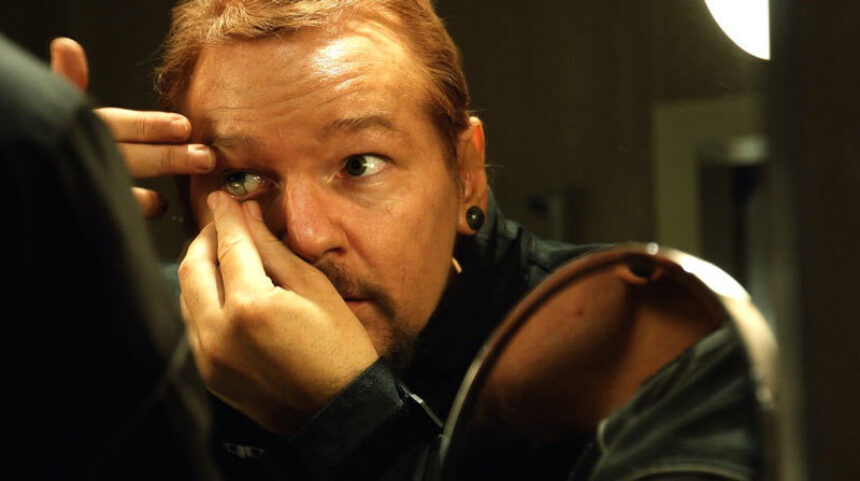 Julian Assange in disguise, as seen in Risk, 2017. All images courtesy of Praxis Films.

Over the course of six years, filmmaker Laura Poitras had unparalleled access to WikiLeaks founder Julian Assange and his closest confidantes. What she captured became Risk, the follow-up to her Oscar-winning Edward Snowden exposé, Citizenfour (2014). Despite such intimate access, Assange remains opaque, at times maddeningly so. Risk is both less exciting and more complex than Citizenfour, because, while Poitras liked and admired the young whistle-blower, she’s conflicted about the slippery Assange. “It’s a mystery why he trusts me because I don’t think he likes me,” she comments at one point.

In 2010, WikiLeaks made international headlines for publishing secret and censored information. The organization was credited with helping spur the Arab Spring protests, bringing to light civilian deaths in Iraq, and exposing uncomfortable truths about the American war in Afghanistan. Assange became a liberal darling for a time, praised for his devil-may-care attitude. But WikiLeaks failed to discriminate, releasing data with little regard for its potentially damaging effects. The organization plummeted from grace—and into the alt-right’s favor—when they played a detrimental role in Hillary Clinton’s bid for the presidency. Following the infamous DNC email hacks, Assange stands accused of assisting Vladimir Putin in undermining the democratic process and helping to elect Donald Trump.

Was boosting Trump into power WikiLeaks’s endgame? It seems unlikely, judging by this film. Assange is a student of organized chaos, not partisanship. He dislikes Clinton primarily because of her condemnation of WikiLeaks while Secretary of State. He measures people by their respective allegiance to or hostility toward his organization. 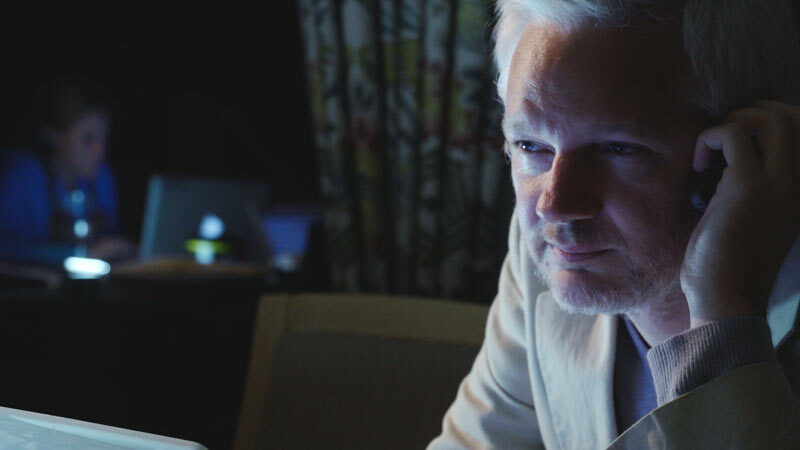 Poitras began filming Assange long before she and journalists Glenn Greenwald, Ewen MacAskill, and Barton Gellman broke news of the National Security Agency spying on US citizens; Citizenfour was a detour, and she returned to this project once that film was complete. The first version of Risk, the one that premiered last spring at Cannes, was pointedly different from the cut you’ll see today. The original was flatly sympathetic to the WikiLeaks founder and his quest to protect our rights and freedom of information—but with Assange’s election involvement, Poitras’s feelings about her subject shifted. “This is not the film I thought I was making,” she admits. “I thought I could ignore the contradictions. I thought they were not part of the story. I was wrong. They are becoming the story.”

Risk consists mostly of quiet conversations in unremarkable rooms. Poitras records Assange in moments of calm—getting a haircut, having a casual chat with Lady Gaga—but also on vulnerable occasions, like when he speaks to his lawyer in the woods in hushed tones, paranoid about nearby birdsongs and dog barks; also when he’s briefed on what to say in response to sexual assault allegations, and when he flees in disguise to the Ecuadorian Embassy in London, where he has been holed up for the last six years.

Either vehemently criticized or venerated by individuals, officials, and press, it’s nearly impossible to know who Assange really is. Trying to get a read on him, Poitras paints a portrait layered with contradictions. Assange alternates between flippant, jocular, sarcastic, and condescending—but he’s forever calculating. He blinks often and quickly. He never shares personal details, be it news of his children (he has several, apparently) or how he feels about being targeted by the US government. When questioned about his personal feelings, he claims they do not matter. Yet he manages to seem likable enough, at least until the sexual assault charges hit in 2010. He denies the validity of the assault claims, but reacts with distinct misogyny, dismissing the whole thing as a “feminist conspiracy.” Yet even this is ambiguous, since Poitras presents the allegations from Assange’s point of view, which is that these trumped up charges are merely meant to draw him to Sweden, where he could be extradited to the United States and face the death penalty if convicted of publishing government secrets. 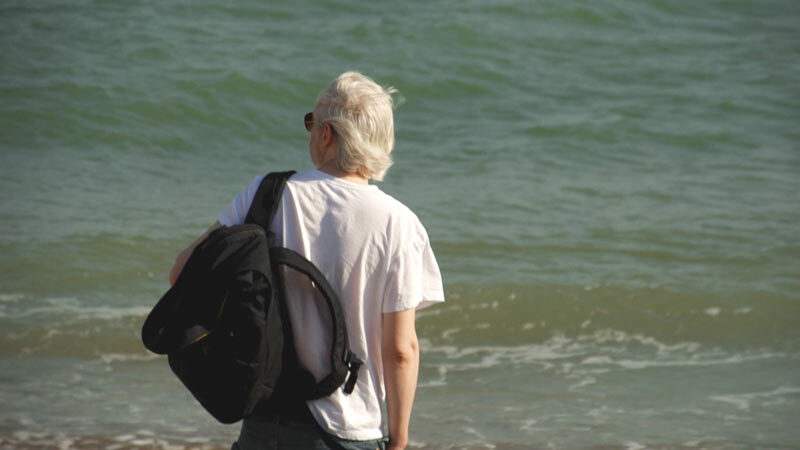 One of the few scenes in Risk where Assange is not on house arrest or confined to the Ecuadorian embassy.

The clear enemy in Citizenfour was the US government—roiling, omnipresent, cruel. Risk doesn’t have the same desperate, suffocating timeframe, and the locus of antagonism is a lot more diffuse. On one hand, Assange is correct in his conviction that government organizations should not withhold information from citizens; on the other hand, it’s possible that he put American lives in danger with his indiscriminate leaks. He refuses to acknowledge how WikiLeaks could be used effectively by those who wish to do the US harm. In the trade-off between privacy and security, Assange sees only one side.

At one point, Poitras reveals that she and Assange had a falling out prior to the film’s completion. He wanted more loyalty than she was willing to give. Despite this, she is obviously impressed with him, describing his inscrutable character and how he taught her things about secrecy she never knew existed. For a filmmaker and journalist who has made a career out of challenging US government conduct, and is consequently stuck on watchlists and subjected to harassment, search, and intimidation—these are probably valuable bits of knowledge.

A striking motif in Risk is windows. Poitras films Assange sitting in front of large bays at a Norfolk estate owned by Vaughan Smith, a WikiLeaks supporter, or peering through closed blinds inside his Ecuadorian prison/refuge. But just as frequently, she shoots windows on their own: open, curtained, and blacked out. They are often just portals for observing the harried conversations held in their midst, possibly deciding the fate of our world.

Anya Jaremko-Greenwold is a film and culture writer. She has published arts writing with BOMB, Indiewire.com, The Atlantic, Hyperallergic, and VICE. 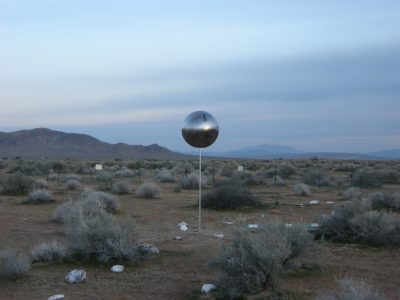