The Complete Stories of Leonora Carrington by Sarah Resnick 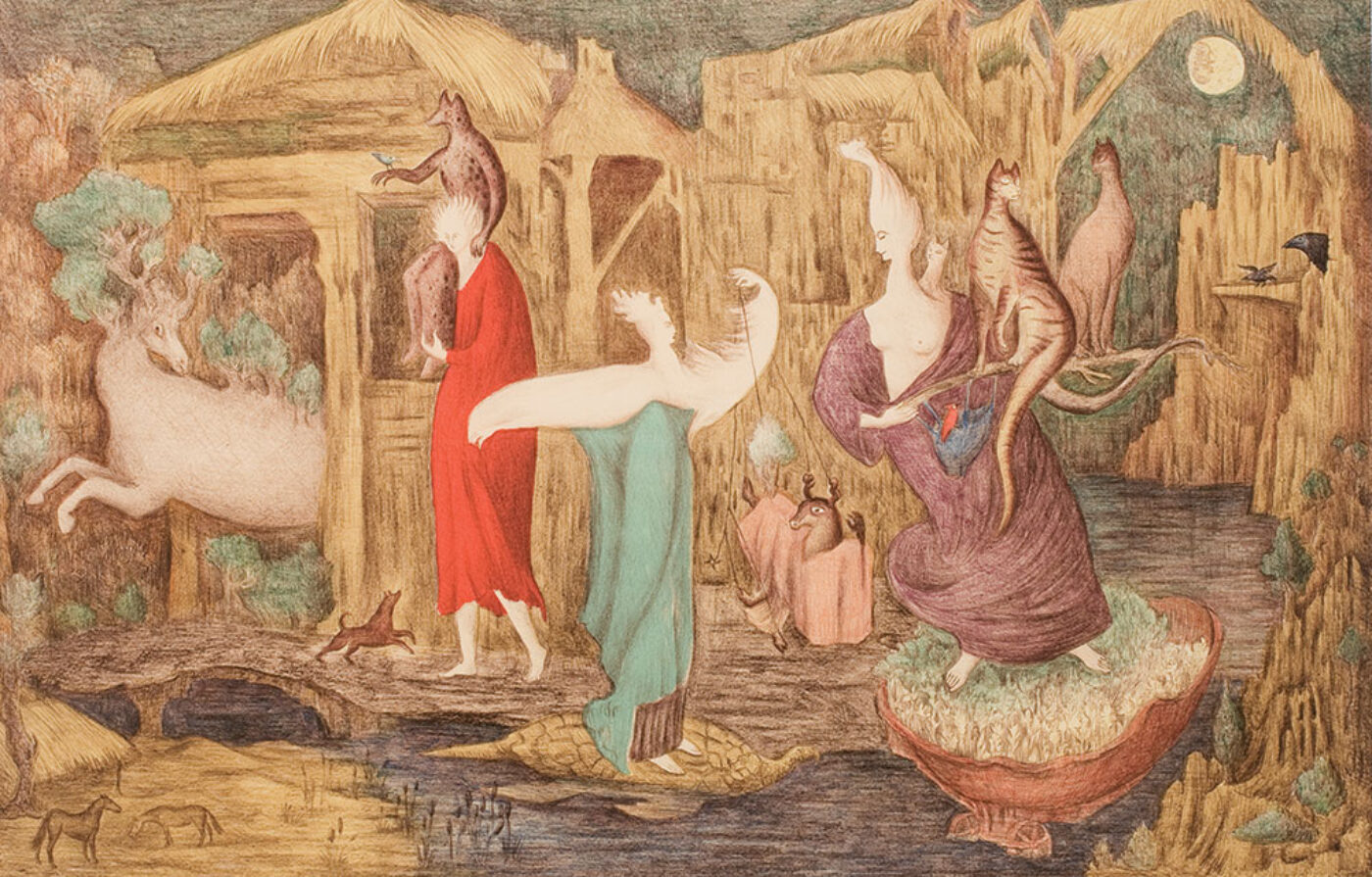 In “The Royal Summons,” the third in this delightful collection of Leonora Carrington’s gothic short stories, a woman beckoned by the queen to the palace finds her chauffeur has buried her car. His rationale: “There’s no better way of growing mushrooms.” A nuisance, yes, but no matter: she will hire a horse and cart to transport her there. In “Uncle Sam Carrington,” a woman witnesses two cabbages “tearing each other’s leaves off with such ferocity” that soon only torn leaves remain. The woman first rationalizes the savage scene as a nightmare, but is no more unnerved upon realizing that she can’t have dreamed it, she has yet to go to bed. In “The Debutante,” the titular character enlists a hyena to attend a lavish ball in her place. In search of a way to disguise its face, the hyena proposes to tear off the maid’s to wear as its own. But the debutante casts doubt on the plan: Won’t the maid die without a face? Won’t somebody find the corpse? “It’s not practical,” she warns.

Carrington’s matter-of-fact presentation of the bizarre and the gruesome lends a distinctive black humor to her short stories, here collected in their entirety for the first time, including three that have never before been published. Absurdities and grotesqueries abound, yet the protagonists meet them with a nonchalance and pragmatism so composed, so sensible, as to render the explicitly strange strangely ordinary.

The British-born Carrington, who in her youth moved to Paris and befriended the Surrealists, is perhaps better known as a painter of dreamlike tableaus in which wild-maned, wispy androgynes consort with half-human beasts and spindly plant life. Yet prose makes available to Carrington a wry deadpan that painting does not—these stories are funny—as well as images that preclude visual representation. Foul, stinking odors waft throughout the collection, inlaying a texture of realism amid otherwise fantastical worlds. “What can’t be cured must be endured,” remarks one narrator of a withering corpse’s bad breath. It’s a line that could appear in almost any of the stories, a stoic maxim for the protagonists—and perhaps, for Carrington herself.

Sarah Resnick is a writer who lives in New York. Since 2010, she has been an editor with the magazine and publisher Triple Canopy.