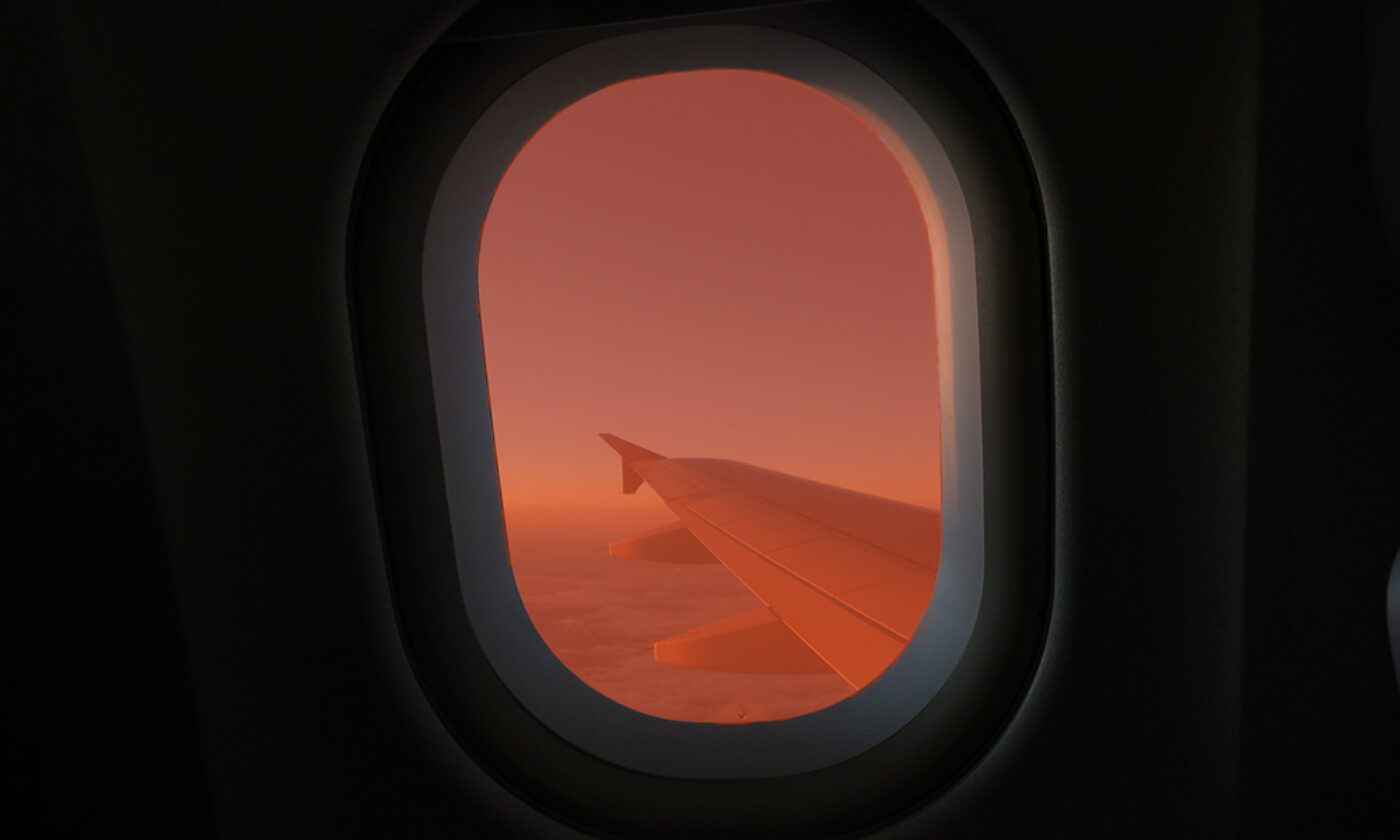 A flight from Berlin to Paris takes an hour and forty-five minutes. This is enough time for a long nap, an unhurried conversation, or, if you’re the narrator of Noémi Lefebvre’s Blue Self-Portrait (Les Fugitives), it’s the perfect amount of time to brood. In the first of Lefebvre’s novels to appear in English, a woman on just such a journey unleashes an agitated inner monologue following a romantic encounter with a pianist in Berlin. Her rapid-fire, run-on thoughts rove over the places she’s just visited (Café Einstein and the cinema at the Sony Center), her failings (a recently ended marriage, her insufficient education), and her in-flight surroundings. She also happens to be reading the correspondence of Theodor Adorno and Thomas Mann.

Always, she returns to obsessing over the pianist, their interactions, as well as his own obsession with Arnold Schoenberg. If Schoenberg had not been a major twentieth-century composer, we would know him as a minor twentieth-century painter (his work Blue Self-Portrait lends the novel its title). It becomes clear through her musings that, far from simply getting over a love affair, the narrator is ultimately grappling with her own relationship to art. Her anxiety about men—whether her beaux or beaux esprits—is entwined with misgivings about the quality and seriousness of her own ideas; after all, if societal notions of intellect are masculine, any female relation to the intellect is in some sense a relationship to masculinity. This is the narrator’s unsolvable problem, laid bare again and again in painful yet eager honesty. The book’s subversion lies not in exposing these well-known phenomena, but in the cavalier and self-evident tone in which they are presented to us. An intelligent woman is supposed to raise herself above these anxieties; the narrator revels in them. 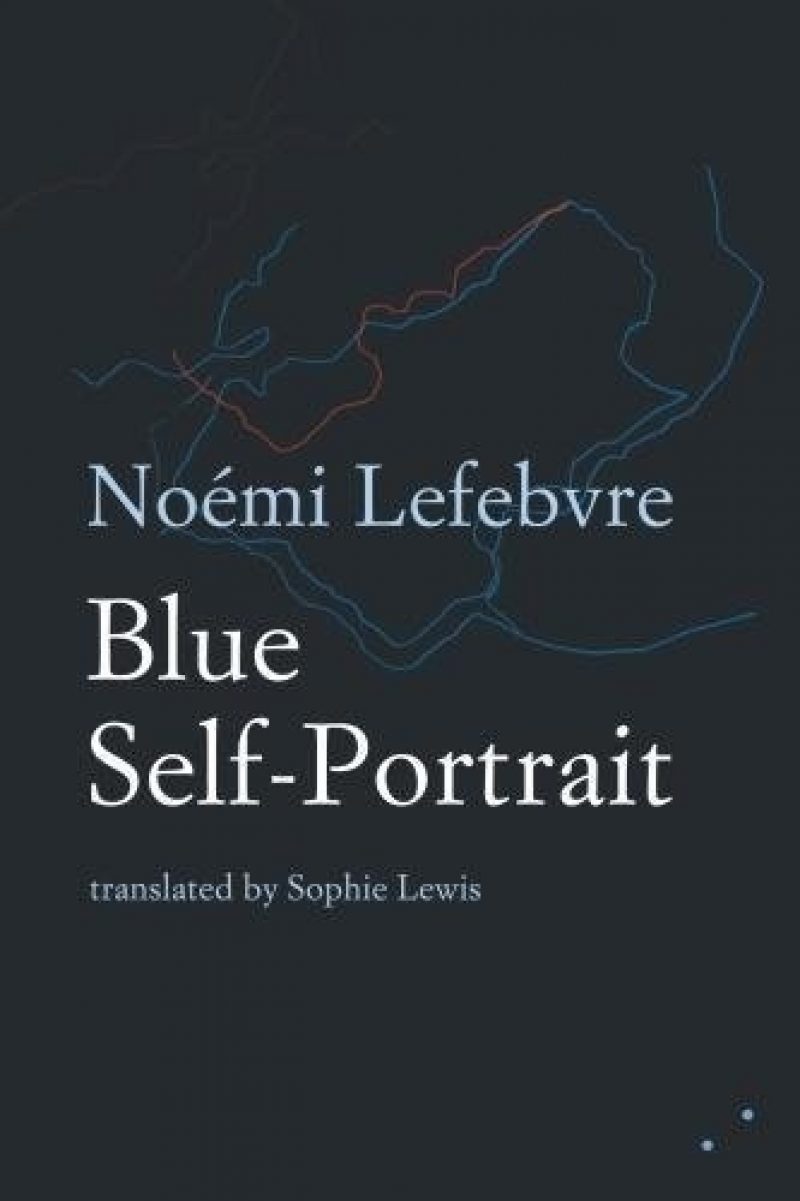 The shape of the book, however, is so entangled with the narrator’s personal idiosyncrasies that any broader political messages cannot be cleanly extracted. The narrator is not a rebel hero, nor liberated, nor admirable, nor (certainly for many readers) even likable. Blue Self-Portrait is too ambivalent for that. She is simply an object of understanding, her own and ours; every man and work of art becomes an opportunity for self-reflection. The pianist’s ostensibly self-referential concerns echo her own: “Talking about my moral life is rather ridiculous, the pianist had said to whoever’d listen, to talk of my moral life is absurd but not to talk about it is impossible.” The narrator’s endless monologuing is absurd, but her silence would be impossible. And as translator Sophie Lewis notes in her afterword, “Lefebvre’s dominant key is absurdity.”

The narrator is particularly ashamed of having talked too much, of having committed the female sin of chattering at the pianist, extremely serious intellectual being that he is. In fact, the irony is that Blue Self-Portrait is itself a relentless torrent of chatter sustained for the length of its 150 pages (or 105 imagined in-flight minutes). She has diagnosed her problem, and she just can’t help herself. Her verbosity showcases her hyper-self-awareness, the fact of which, “in the purest tradition of girls without any self-control,” she is aware. Her posture ranges from self-reproach, “I disturb, I’ve never done other than disturb, I disturbed the pianist just like I disturbed a whole pack of people who nevertheless were quite well disposed to me,” to glib self-deprecation regarding “the unquenchable stream of observations and ingenious associations that flowed from me, each idea more striking, subtle, singular and wondrous than the last.” A portrait of female intelligence emerges, one that cannot “behave” appropriately in a way that is either feminine (modest, reticent) or masculine (momentous, self-assured).

She operates in a mode of loquacious levity, self-absorbed absurdity, a style that lets her move lightly from one topic to the next, from one ponderous thinker to another. Adorno, Mann, Schoenberg—fun, right? The very flippancy that the narrator regrets in herself gives the text its fleet-footedness in such laborious territory. Her thoughts are abuzz with German intellect and German hubris, which are normally things that are too leaden to “buzz.” Its luminaries and abominations flit through her mind, reflecting the irresistible intellectual brilliance that attracts her and the damaged, anti-social malformation of spirit that she feels separates her from it: “Humboldt’s education is like that of Schiller an exemplary education, an ideal education, die Erziehung des Menschen, that of Goering was not and all’s done that’s done.” When she laments her own deficient education, one can’t help but feel that the little Goering on her left shoulder is tormenting the Humboldt on her right. Her idée fixe is really the proper formation of the human soul—how a person should act or be.

In their more cynical moments, the narrator’s convulsing tangles of verbiage can seem Bernhardesque, but generally her anxiety and obsession are carried out with such cheerful energy that they go down easy (or easier). This tireless cascade is both overwhelming and charming, and the translation must have required an equally tireless effort on Lewis’s part. French reviewers rightly praised the book’s musicality, though fans of classical harmony should note: it is Lefebvre’s total lack of measure, her narrator’s wanton disregard for the rules of pacing that make the book what it is. Repetition is the narrator’s most-used structural element, and yet it is also the one that indicates her loss of control as she circles her obsessions again and again. Were we to note the musical expression with which Blue Self-Portrait is performed, it would be con bravura, or even scatenato: unchained, wildly.

Amanda DeMarco is a translator living in Berlin.