The Black Humor of a Slow-Burn Apocalypse by Kate Perkins 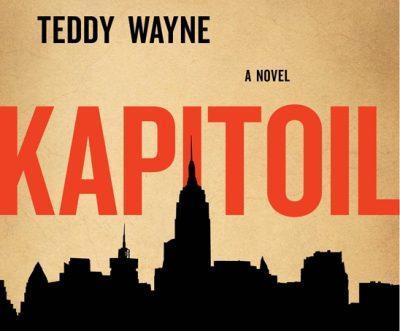 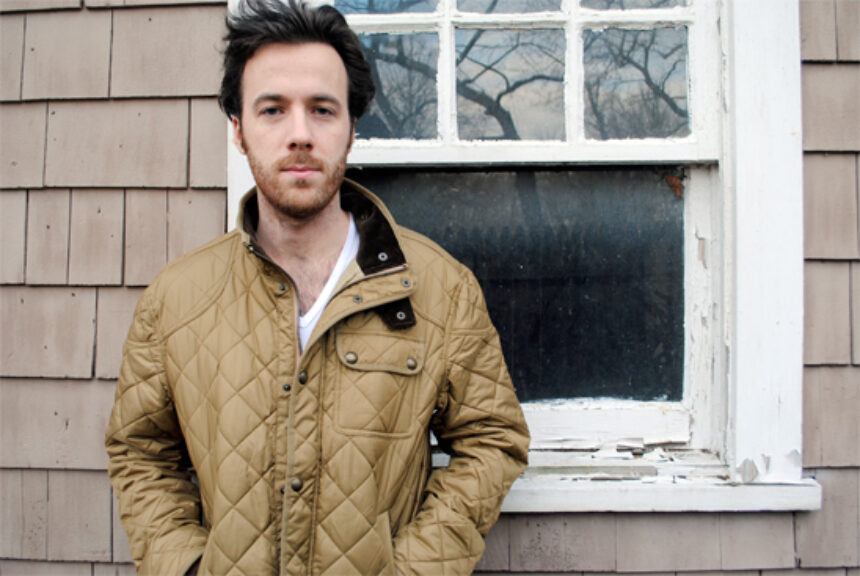 Rather than let the relentless absurdity of headline news get us down, my friends and I like to play the occasional e-mail round of “Real News or Onion Headline?” You’ve probably played some version of it before (or watched The Daily Show). It’s a good way of laughing to save our sanity, rather than altogether cracking up. My most recent entry that wasn’t from the Republican debates came from the sports world (which, much like the primary elections, is run by corporation-persons; in fact, probably many of the same corporation-persons!). It read: “Indiana Pacers’ Arena Renamed Bankers Life Fieldhouse.”

I thought of “Bankers Life Fieldhouse” when I came to a passage early in Miles Klee’s darkly funny debut novel, Ivyland. There’s a rolling blackout in the book’s eponymous town, and when the characters DH and Leviticus go outside to investigate, they register—with prescription drug subdue—a riot scene, apparently in response to the territorial encroachment of the town’s monopoly subsidizer, a faceless pharmaceutical corporation(-person):

If the bright new street sign isn’t a prank, Clark Ave. has been renamed “Bladderade Boulevard.” As in, the Adderade flavor that helps old folks with urine flow and control.

In this and so many other too-real moments, Ivyland hits too close to home to be read as a satirical lens on a bleak future—or even on a bleak near-future. Given the actual existence of once-civic gathering places now bearing names like Bankers Life Fieldhouse, the future has arrived. Ivyland’s vignette-like episodes, which alternate between banal and high-stakes absurdity, are definitely sketches of the end-times; but they spare us any finger-wagging didacticism about the perils of social media as substitute for real experience. Instead, Ivylandis preoccupied with the waning sense of place that sets in when every dimension of civil life is sponsored by your friendly neighborhood behemoth. Contrary to the techno-dystopia leanings of novels like Jennifer Egan’s A Visit from the Goon Squad and Gary Shteyngart’s Super Sad True Love Story, it’s not the gadgetry of social networking that alienates us from a sense of belonging in a world. It’s that the world is always and everywhere brought to you by …

Not funny ha-ha; more like funny uh-oh. Something, this place, our place in it, is at stake. “What strikes me as so funny,” DH observes after the riot scene, “is that nothing’s funny at all, and I take a moment to collapse with painful gasps of laughter that are themselves the funniest things and over too soon.”

I happened to know of Miles Klee not only from his fiction and non-fiction writing, but from his background in various improv comedy groups around New York, so I was particularly interested in the black humor of a slow-burn apocalypse.

Miles Klee There’s definitely an element of writing myself out of the darkness, even as I’m writing about dark times. Things are so serious that laughing at the world just feels transgressive. In a way it’s a case of the “church giggles”—when you’re supposed to keep a straight face, you need to feel something, you have to laugh.

Kate Perkins Transgression is a funny thing in Ivyland. It’s an anti-moral universe. Everyone’s medicated, addicted to the intoxicating gas supply—corporate pharmaceuticals for every state of mind. It’s interesting to me how antithetical it is to the Beats’ relationship to drugs, which was about a liberation of consciousness, a transgression in its own right. In Ivyland, drugs are about being controlled and therefore at the same time about being out control.

MK Yeah, the altered reality does wind up looking like a reality with a kind of lost, or at least confused, causation. There’s a dissociation of cause and effect when you aren’t really a participant, an agent. There are consequences but no responsibility for them.

There’s a great Louis C.K. bit where he talks about being good, about how no one is watching out for you but yourself; it’s about the realization that your actions—even the ones that seem most consequential—are completely eligible to be meaningless. To the extent that you aren’t responsible for your actions—that no one will hold you accountable for them—there is a loss of agency. That’s the end of meaning. And the troubling concern is, maybe leaving no trace is the best you can do.

Here’s something, though: my grandfather was actually the advisor to the US Army in their experiments with LSD—they were exploring whether it could be used as a weapon. He tried it himself, in fact, because he felt obligated to know first-hand what was being considered. He hated it and strongly advised against its military use. He’s eighty-five now, and he was an influence in the book. It’s not that I wanted to deliver some kind of anti-drug manifesto, but I do think that, in the end, there isn’t a huge world of difference between prescription and non-prescription chemicals. It’s just a matter of isotopes. And brand names.

KP I’d also draw a line between you and some other contemporary novelists working in the near-future dystopia vein, particularly Shteyngart, about whose curmudgeonly future-fatigueyou’ve expressed some pretty clear reservations! In Shteyngart, and also in Egan, the dystopian aspect is in large part technological—social media and digitized experience and so forth—although Egan has a more optimistic outlook on the survival of meaning in different forms. Instead of high gadgetry, though, a lot of the characters in Ivyland are actually dealing with the unreliability and the downright invasiveness of natural life. Not ennui but revulsion. I’m talking, of course, about the caterpillar infestation.

MK That comes straight out of real life. It was my junior year at Williams, developing the first inklings of the book, and there was this massive caterpillar outbreak. Apparently it only happens once every seven years or so—this boom—and it was a warm winter that year, so all the conditions were ripe for this complete infestation. Their nests were these white, cottony things hanging from the trees—they’re Forest Tent caterpillars, which turn into the equally harmful Gypsy Moths—and when they emerged, they destroyed the trees. Nothing about the descriptions of these creatures in the book is an exaggeration. They were everywhere; we’d have to brush off our clothes, shake out our shoes, check our hair before entering and leaving places. Living through a month of that wakes you up to your complete helplessness with respect to nature, the biological reality that will survive and overrun human civilization. In place of the world, there’s still the Earth. One is keenly aware of that repulsive, teeming kind of thriving that life has in the absence, or decline, of human civilization. It’s a kind of dissonance.

KP I was struck by that concern with placelessness. It comes up particularly in relation to names and their meaning, or lack of them. There’s the changing of the street name to the brand-name drugs: “The pharma-giants that built us up got crushed by Endless [the monopoly conglomerate] a decade ago, and now Endless is here to claim the spoils. Easier to change a place’s street names than bulldoze and redraw the map.”

MK We can’t discover any new places, only rename them, reclaim them, re-brand. The trouble is that experience has to take place somewhere, and in place of experience, there is nothing—nowhere. It’s the last kind of conquest, I suppose. The conquest of meaning. The final frontier.

Ivyland is available from OR Books.

Kate Perkins is an associate editor of The Classical.

My art originates from hallucinations only I can see. I translate the hallucinations and obsessional images that plague me into sculptures and paintings.