That the Voice Is a Shared Thing: Charmaine Lee Interviewed by Conrad Tao

The vocal improviser discusses the visceral tactility of the voice as a medium for organic and synthetic sound. 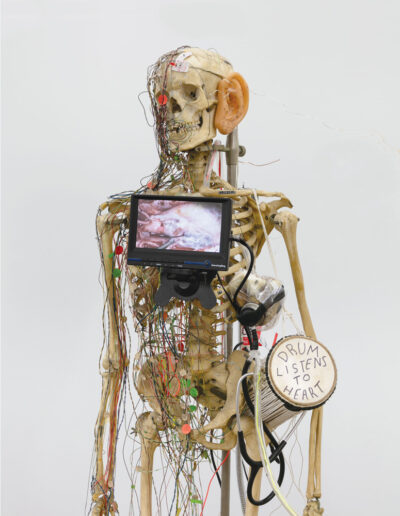 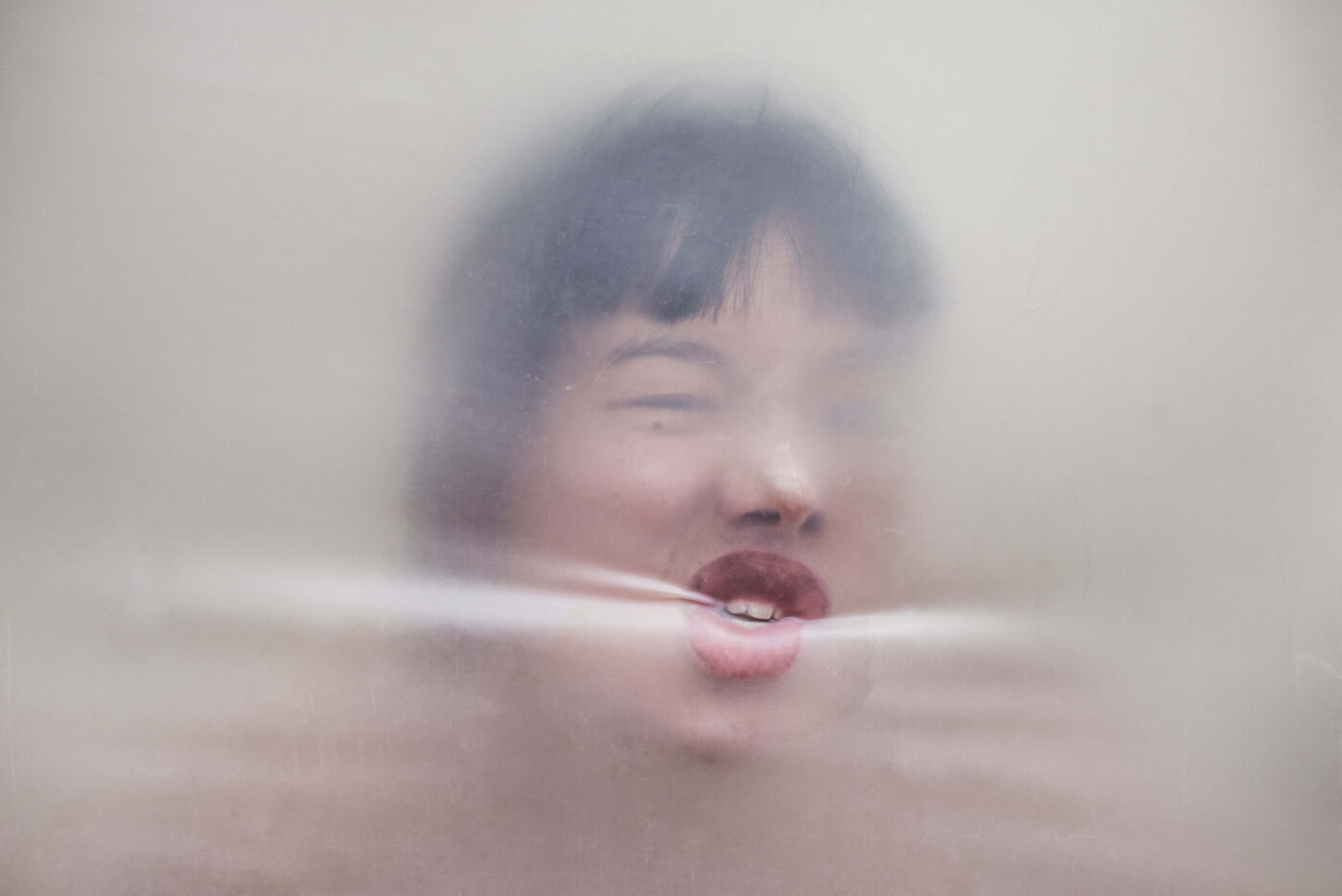 I first saw Charmaine Lee perform in June 2016 at Gallery 456 in Chinatown. Even among a dozen other improvisers, the richness of her music-making—lyrical, brutal, and funny in equal measure—was immediately evident. We hung out after over Thai food and followed each other on SoundCloud. In the two years since then, her musical toolkit has only expanded, her highly personal vocal techniques joined, distorted, and augmented by electroacoustic feedback, amplification, and an array of microphones.

Walking to her Chinatown apartment for this interview, I lingered a bit in the southernmost end of Sara D. Roosevelt Park, which was, that afternoon, teeming with people of all ages speaking in English, Mandarin, but mostly Cantonese—a language that Charmaine has described to me as an important sonic and expressive jumping-off point. Standing there, listening to the resultant texture felt like an appropriate prelude to a conversation in which I could finally ask my friend some broader questions about her work and life and have it not seem weirdly formal. 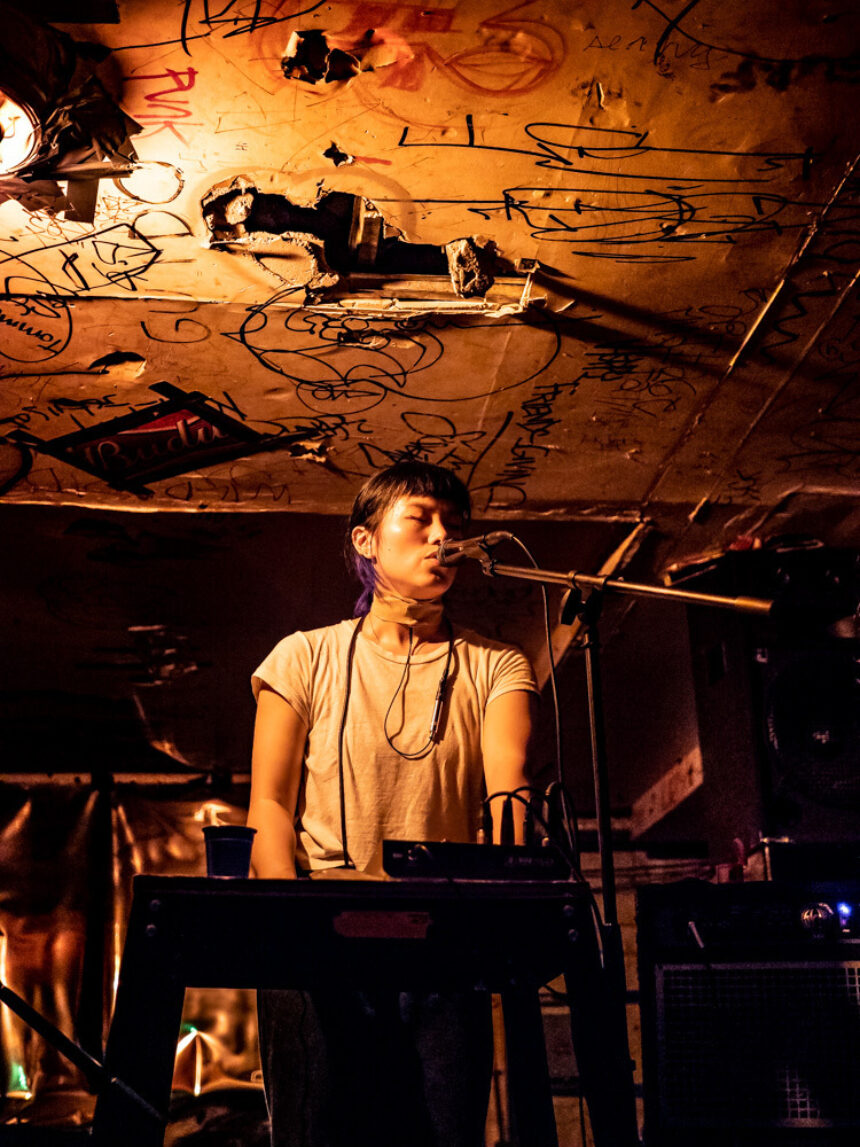 Charmaine LeeComing out of an institutionalized jazz education, the term vocalist had very mixed connotations for me. I spent years being treated like I didn’t know anything about music, expected to stand there, look good, talk between sets, and do the banter. I resented that experience deeply. A big reason why I was so powerfully and magnetically drawn to improvised music was that it gave me the freedom to redefine and reclaim what it meant for me to be a musician and a vocalist. These days, I think of myself first and foremost as an improviser, channeled through the voice.

CTRight, another entry into your music comes from most people’s familiarity with this instrument … that the voice is a shared thing.

CLWhen I first started improvising, I was very conscious of the fact that I was using the voice in ways that challenged my own vocal technique. I was acutely aware of the voice’s inherent tie to human emotions and experiences, and I used it as an outlet to funnel my life’s complexities that I felt I couldn’t express in any other way. I would perform these sets where people would come up to me in tears afterward saying I had triggered a trauma they had had in the past. Maybe it’s a little like theater, where human experiences are directly confronted, thrown under a microscope, blown up, stretched, distorted. Gradually, through the process of refining my technique and improvisational skills, that initial motivation started to feel superficial to me. I became obsessed with a highly technical and methodological approach, inevitably freeing me and the listener to respond to more complex human associations without my having to define it so explicitly.

CTI’m curious if there is or was ever, at any point, some relationship to a more conventionally representative way of soundmaking—this sound is rain, this sound is thunder, this sound is birds, etc.—if that’s something you were ever thinking in terms of.

CTSo your work isn’t trying to literally represent some abstract, inhuman “sound of the earth,” per se; it’s related to traditions of music-making that center around the fact that someone is making those sounds.

CLRight. Though I find myself these days really attracted to music that seems to ride that line between recognizably human and “non-human.” That’s an interesting point of tension that I’m wanting to explore more.

CTFrom my perspective you do often come down on the side of being a recognizable human voice.

CLOver the past six or seven months, I’ve developed a noisier sound, incorporating both hi-fi and low-fi microphones that distort my voice to a much less recognizable place, making that question of human versus non-human increasingly relevant for me. My current set up includes a dynamic mic, a contact mic I attach to my throat, a tape mic I found connected to a Radio Shack cassette recorder from the ’90s, and a handheld mini cassette recorder that has a distorted mic built in it. The last was a gift from id m theft able, and it’s been a lot of fun (though the most difficult to control!). As I’ve shifted to a more distorted, machine-like sound, I simultaneously have felt the urge to throw in guttural utterances, breaths, and nonsensical words as a kind of reminder to myself that my voice is the main generator of the music. 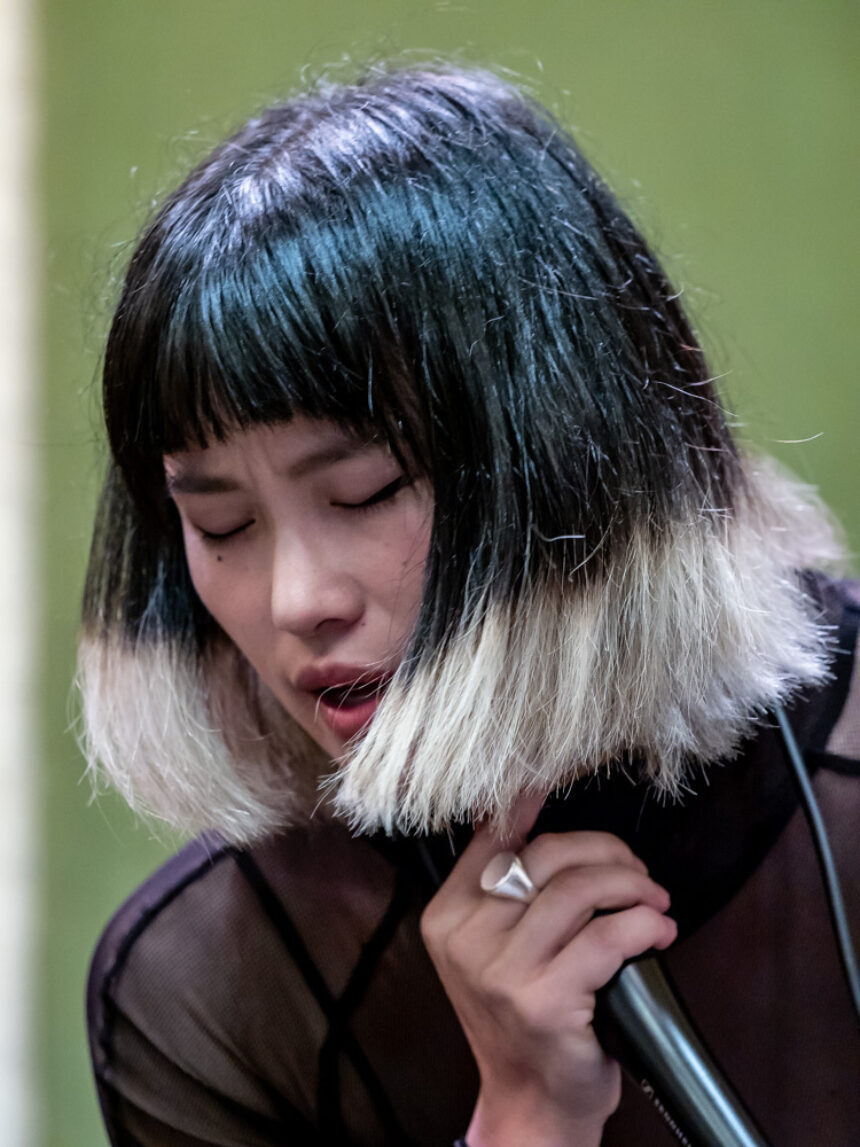 CTYou mentioned the institutional education you received earlier. I come from a concert music background, which I think can be perceived from the outside as having an obsessive focus on technical skill. I’m curious to hear about your relationship to technique.

CLMy two years at the New England Conservatory were extremely formative—I developed a set of tools that lets me constantly reevaluate my music and my practice through a fresh perspective. It helps me wake up every morning and feel like I’m grappling with something that I must work toward. It also exposed me to highly conceptual, challenging music, and through the process demystified certain concepts that I felt were way above my head. I very much lean on the side that acquiring more knowledge is a good thing. Making music is one of the most abstract human activities we’ve ever invented, and garnering all the knowledge you can (both musical and non-musical) can only deepen your practice. I should mention that there are many, many artists who didn’t go through a formal education and have achieved an extremely high level of artistry, so it’s certainly not the only way. At the end of the day, what I really care about is making great music, so all of this only matters in the context of being in the service of that.

CTThat gets at something that I like about your music—it’s not fetishistic. There is expertise there; you’re not fetishizing a lack of knowledge or a lack of refinement. But you’re also not deifying technical skill. Instead of just displaying your expertise, you’re using it to get at something more … intuitive, at the core. It’s hard to verbalize. But I hear that core in your work, without it ever falling into the obvious and latently racist approach of, like, “And now we’re going to expose the raw primitive heart of humanity with these sounds,” you know?

CLIt’s all too tempting when you’re using the voice.

CLThat’s an issue I have with some experimental vocal music: it feels kind of masturbatory. It feels like it’s exploiting the universal human connection that I mentioned earlier, fetishized by extended vocal technique. I’m not really interested in pursuing that. Maybe it’s a little hostile to say “exploiting,” as I don’t think anybody is intentionally being evil. But I think it’s relying on the novelty, which is an easy way out.

I’ve been thinking about this, as I recently saw a bill of movement and voice-based performance artists. Some of the sets were very strong, some were not, and I think the strength actually came from successfully exposing some part of their humanity that I have felt very protective of until this point. It felt a little like turning on its head all these facets or rituals of music and art-making that I take so seriously. Witnessing these people riding that line in this legitimized space led me to think, Where’s my line? Where is the point where I can stop working so hard to generate music at this intensely abstract level, and just acknowledge the reality that I’m just sitting here, with the attention of these people around me for this one moment, and I can do whatever I want, like stand and spin on my own head? A big part of my personality is silly and fun, and in my practice that comes out in more subtle ways that ultimately serve the music. Do I care about expressing or exposing that part of me in a performance space? I think there’s value to the question, though I’m not yet sure what my answer is.

CTIt’s funny to hear you say that because I would argue that performing with a contact mic that’s taped to your throat with a bandage all the way around your neck already has a theatrical dimension to it, regardless of whether or not it’s intentional. And you do have a physicality in your practice. As a performer myself I understand it might not be something you’re thinking about consciously, but it’s unavoidably there.

CLI recently re-watched a video of my very first improvised solo set from three years ago, and it’s wild how physically different I am. I find myself becoming more and more minimal in how I move. I think it’s largely for economical reasons—a reflection of the techniques I’ve cultivated that require a certain level of intense concentration and physical stillness in order to execute. I also like the contrast between a minimal physical display and a crushingly brutal or harsh sound. I hadn’t really considered it consciously, but I was made aware of it from looking at videos of me on YouTube—it actually looks pretty jarring. Especially the contact mic on the throat, because some of the sounds I don’t open my mouth for. Even I’m forced to ask myself: What is going on? How…?

CTAnd so much is happening.

CLYeah, the polyphony is something I’ve been looking to get deeper into. Physically, it doesn’t look like I’m making any sound.

CTI think it’s fucking badass. You’re doing everything inside your throat and the result is so multidimensional. An entire world of these concentrated bursts of sound, but your mouth is closed. Kind of like a sonic dramatization of an interior dialogue.

CLI think phrasing is everything. My phrasing and improvisation is highly influenced (consciously and subconsciously) by language and how we communicate with one another verbally. Even if it can be sonically distant, all these things are connected.

Charmaine Lee will perform at Issue Project Room on September 6 in a shared bill with Milford Graves & Shahzad Ismaily and Marina Rosenfeld.

Conrad Tao is a pianist and composer based in New York. He will perform alongside Charmaine Lee at the inaugural show for the New York Philharmonic’s new Nightcap series at the Kaplan Penthouse on September 28.