An immersive video installation at the Whitney. 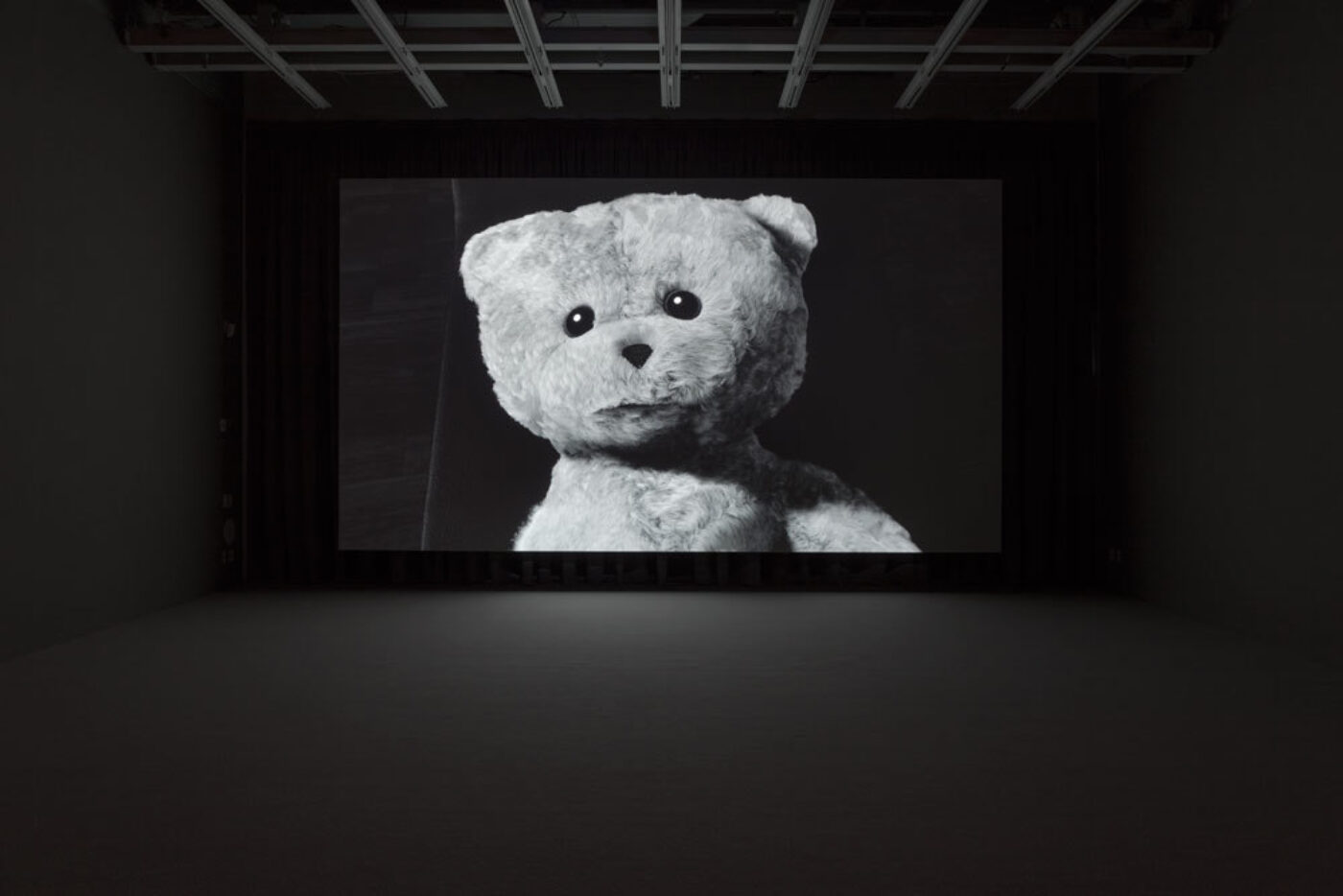 Like the stereoscopic effect of 3D images, Juan Antonio Olivares’s constructions reach the eye for which they are intended and fuse into a single composite image. Veering into magical realism, Olivares’s dream-like, animated tableaus sketch a world that feels more real than it does accurate. Over the course of a month, Juan and I parsed out the psychological acuity undergirding his work. We discussed 3D simulation as a vector for projection and translation, unwieldy intergenerational transmissions, autobiographical withholding, site-specificity, vulnerability, and reconciliation. Meanwhile, I’m still churning over a particularly potent quote from his recent video work, Moléculas (2017), currently on view at the Whitney Museum of American Art: “Sometimes I think I should go back and bring her somewhere else. / But I realize it’s pointless. / There’s no solution. Anything I do / is fiction / to clear my conscience / which is absurd / you shouldn’t … / do things for …”

Elizaveta Shneyderman Let’s start by discussing Moléculas, a 3D-animated mesh of interpersonal loss, science-fictive vista, and the fruitful lineage of the digital grotesque. The work oscillates from storytelling through the careful deployment of labor and loss, to soliloquy, and back to the psychic superimpositions of its evocative protagonist: a black-and-white teddy bear ripe for viewer projection. Can you speak to its construction—the multidimensionality of 3D as a vector for projection and pluralism?

Juan Antonio Olivares This is my first video where I use primarily 3-D simulations. It came from an interest in what felt like the medium’s conduciveness to viewer’s immersion and projection, as you say. It’s a curious and somewhat absurdist aspect of humanity that we can relate to these animated fictional characters so easily. This is not something new, however; there are plenty of examples of folklore and fables that use a similar technique of developing fantastical characters that a broad audience can relate to.

ES In general, I think contemporary art has a similar tendency to scoop up and recontextualize mythic subjects particularly because they are not easily subjugated to reality. I like your choice of the bear as our narrator because it feels intentionally linked to childhood. Can you speak to that choice?

JAO Many of the scenes or the characters I make come to me as visions or hazes in my head, and I follow them. The teddy bear chose me.

ES Ambling in and out of the cinematic frame, the bear’s self-reflexive confessional goes uninterrupted. Imagery of a psychoanalyst’s office, the overflow of water, and even textural spacescape (the processing power of a graphics card unable to capture the overly real render comes to mind here) float atop uninterrupted utterances. As a result, the effect is a surrealist suspension—a sense that the altogether effect is in illustrating the intricacy of everything at once. 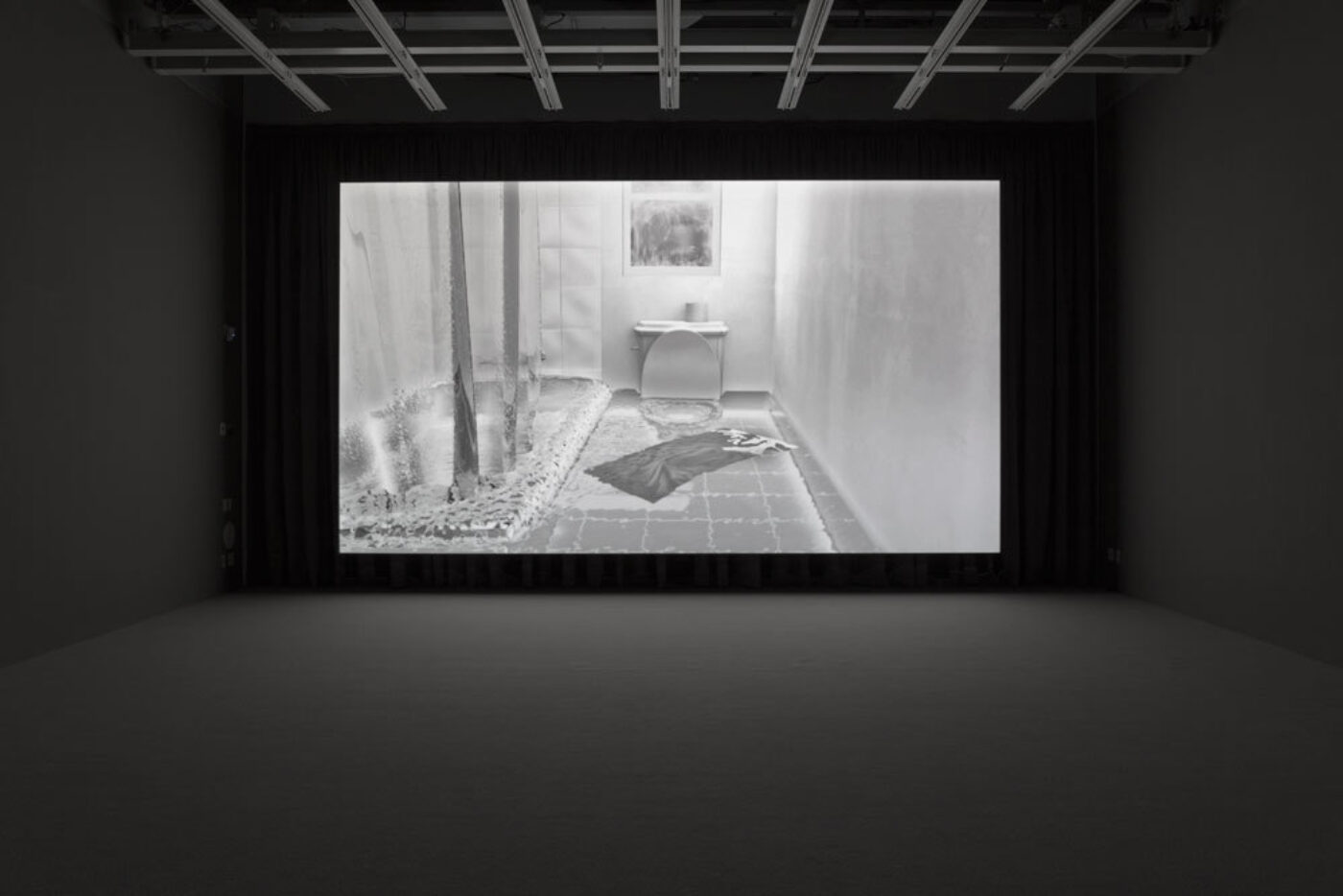 JAO I love the stories of Jorge Luis Borges, Isabel Allende, Roberto Bolaño. There’s an effortless profundity and an emotional charge to their stories that I admire. When I was first starting to work on this video, I was writing a script for the model of the teddy bear. A few months into the process of that, I saw my father, and we started to have a conversation about some parallels I saw in our life: I wanted to know if he thought the world was better when he was my age in comparison to now. At a certain point the conversation started reaching a place I didn’t expect, and I asked him if I could record the conversation; he agreed, and I placed my phone between us to record. It was about three hours long. A few weeks later, as I was toiling on the hair of the teddy bear, it struck me that the conversation could become the voice of the teddy bear. I like to work off of impulses—it helps me reach a place beyond my control in the work.

ES So the work is biographical—an archive of both a moment you shared with your father and a potent memory of his. The vulnerability of family becomes very public. What did it mean for you to immortalize this moment in particular, as a son and as an artist?

JAO I worked hard to distance myself from the material. A long part of the two-year process of this video came from listening to the audio over and over again. Once I was more embedded in the fiber of the story, I began to make editing decisions that I thought would open up the material. I didn’t really want the work to be about a conversation I had with my father (and for a while I did not acknowledge that it was his voice). I wanted anyone to be able to relate to this narration. As I mentioned earlier, it was a three-hour conversation, which I then edited down to ten minutes. I decided to cut my voice out of the text, and to remove any specific names, dates, or places to abstract this material more. The perspective of the video switches from first to third person at different points. Depersonalizing the material made it more relatable, I think.

ES I think so too. It’s not entirely impersonal, either. It’s this unique feeling of bearing witness to someone’s extreme vulnerability, but having no other option. You just listen.

JAO One of the unexpected results of this work was how many people have come to me with their stories after seeing it. It can be intense—once a complete stranger found me and wanted to tell me about the loss of their mother. I think it’s a manifestation of how this work tries to reach people at a universal level. I feel very humbled to hear their stories. 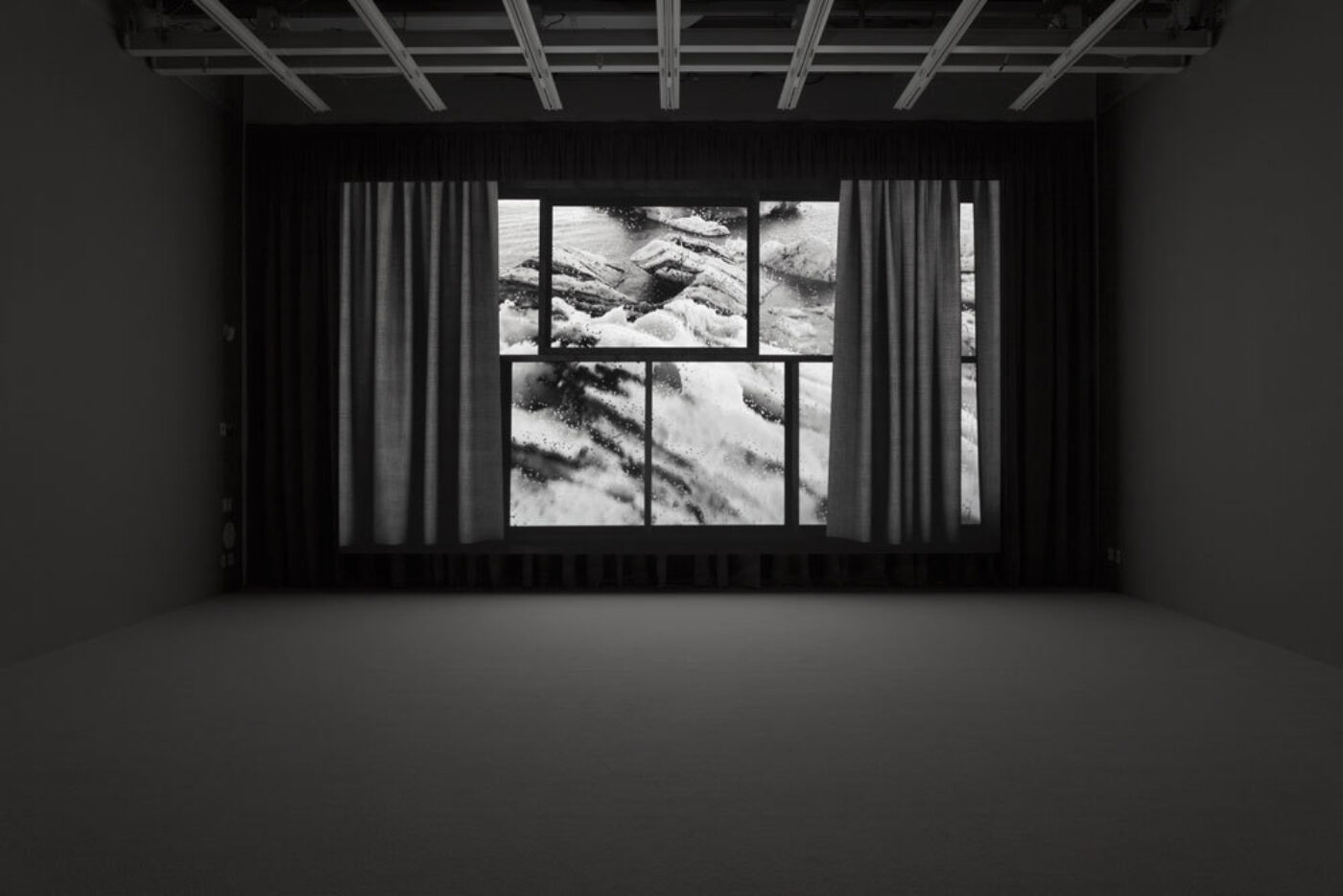 ES Suspended in the lush aide-mémoire of the protagonist’s psyche, the work is like a project of parsing out evidence that integration and disintegration work concurrently. Can you discuss reconciliation and how it is a manifestation of its namesake, Moléculas?

JAO I like to think of art as a way of connecting to people, even beyond the present. This project was a catharsis in a way, and I wanted to share that experience, maybe even lead a path to it for the viewer.

ES I think your work masters the reflexes of emotion, plucking at the heartstrings without trading off genuine feeling. Editing plays a huge part here. What was your strategy to ground the material?

JAO Editing the narration, animated footage, music, and sound effects together is very important to me. At a certain point everything is floating around, and even though I have a plan of where I imagine things might go, I start experimenting with different sequences and transitions viscerally. I want the editing to come from my subconscious. I try to let the material speak for itself so that I can feel it as well.

ES I get that sense in the editing—that although the oration/dictation is on a linear track, the images seem not to abide by the laws of physics. But it’s the surrealism that makes it more real.

JAO In the digital space of animation, at least in the way that I worked with it, you start from nothing: it’s an empty space, and then you add the elements you want to begin to simulate. It’s a type of freedom—anything is possible in that space. It also creates a high level of control and intentionality, which is inherently different from shot or captured video. Waiting on a scene’s render time, I would let my mind wander and suddenly a light bulb shattering would appear in my head, for example, and then figuring out how to simulate that would excite me. Maybe it’s these impulses, which come from a deeper, more visceral place, you’re sensing. 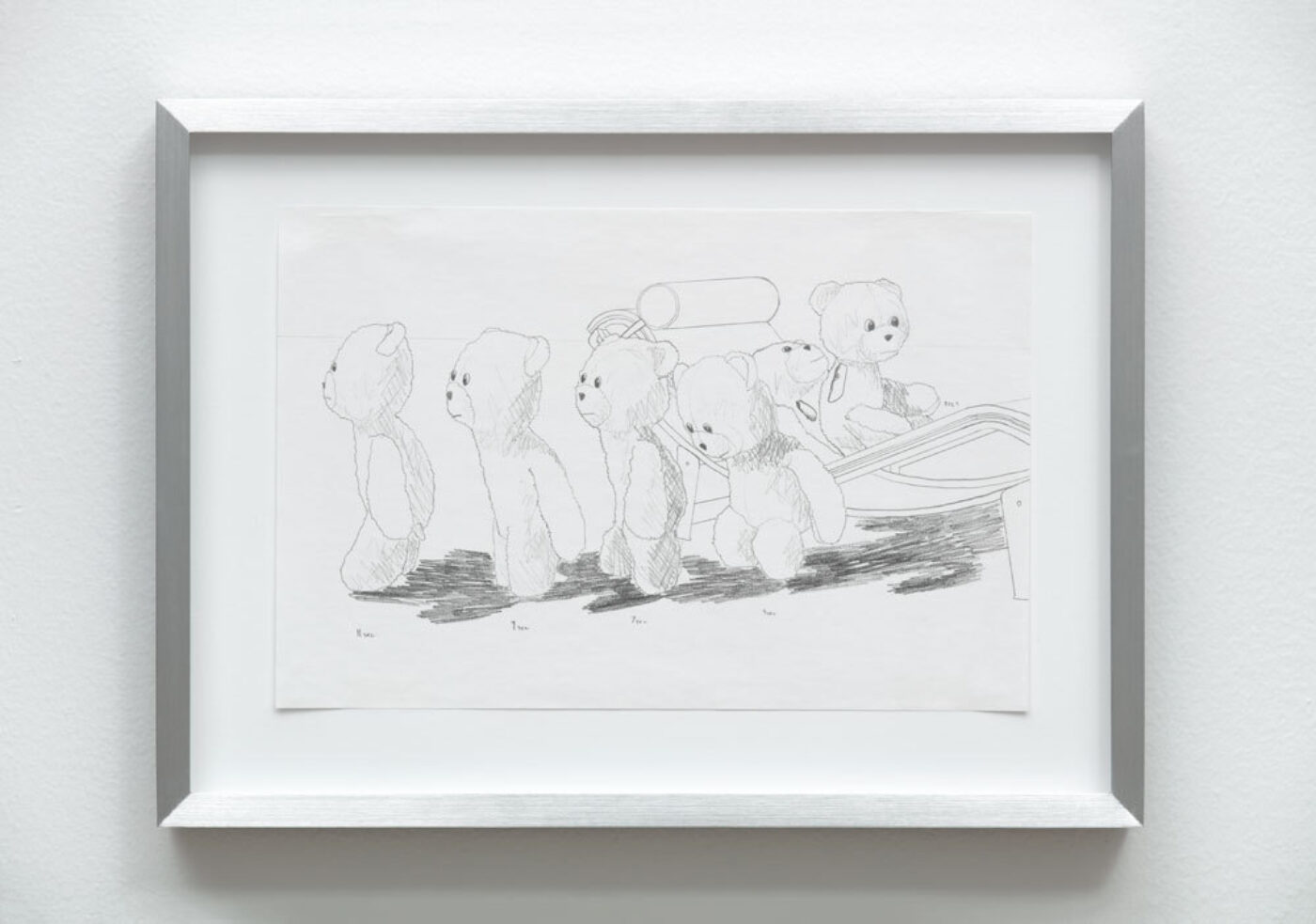 ES The work builds in melancholia. But in its final moments, the bear granulates into fuzzy particles as if to clear a viewer’s conscience. I want to glean your vision of the ending. How do you consider it in relationship to the whole?

JAO This work explored a kind of brutal reality. Not too long before I started working on it I read The Last Messiah by Peter Wessel Zapffe (this text is definitely one of the influences on Kokomo Lost [2015–16], my previous video). It’s such a dark, nihilistic text. It really shocked me when I read it. It took me a while to shake off Zapffe’s pessimism, but I found one of the angles of his perspective that I ultimately disagree with is that I don’t disregard the power of human emotions and connections with each other. That is really the beauty of life, the substance of existence to me.

ES Moving to your other work, including Kokomo Lost. There is a precision to your sculptural approach. Your subjects, usually by way eccentricity, rupture any quotidian possibilities. What I love about your work so much is that, rather than fetishize a nonlinear sequence, you successfully enumerate the structural qualities absorbed in daily life and the objects held within it. The construction of Kokomo, Aside (2014) and its site specificity resonates with this idea.

JAO I believe in the energy of sites. This is the second time that Moléculas has been shown in New York, and each installation of it adapts to the architecture and context of the spaces in which it is being exhibited. Every space has a feeling, a character, a history, and I try to work with it rather than obscure it or impose an idea onto it.

Juan Antonio Olivares: Moléculas is on view at the Whitney Museum of Art American in New York until June 10.

Elizaveta Shneyderman is a writer and curator based in New York City. Her work has been published in Artforum, The Brooklyn Rail, RHIZOME, and SCREEN: Art and Media. 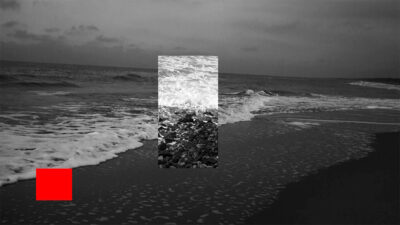 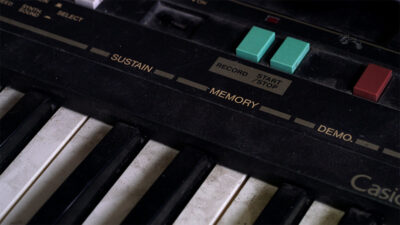