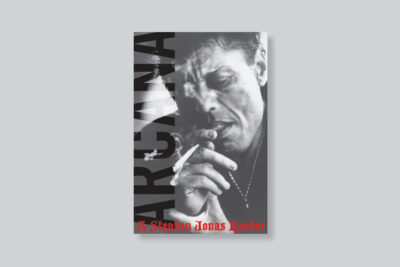 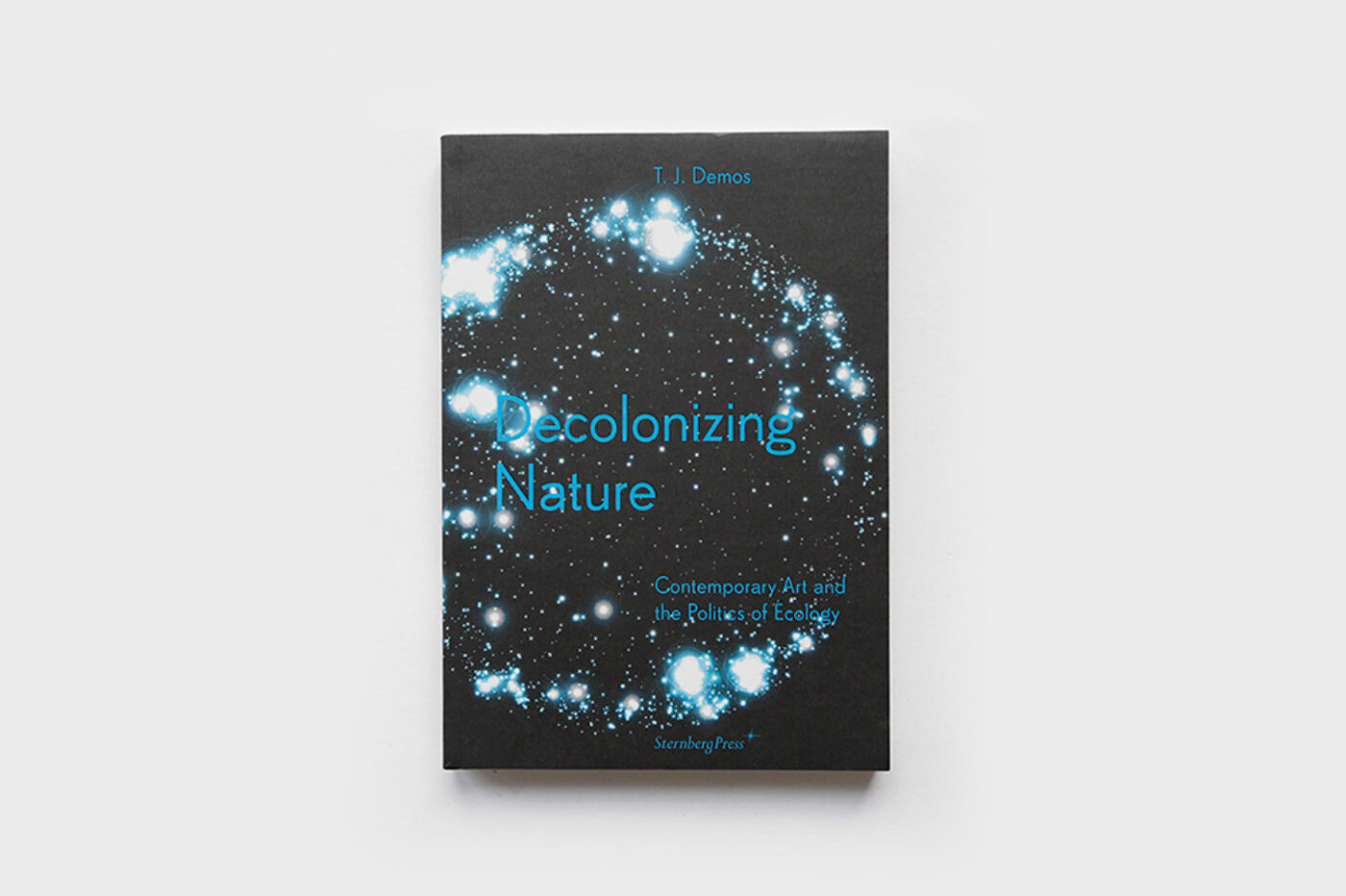 In a leafy courtyard at Cairo University, the philosopher Graham Harman explains that politics is just another object among a level field of objects—to give it greater prominence rehearses the anthropocentric correlationism he seeks to escape. Tear gas wafts through the air from nearby Tahrir Square, interrupting the interview. Harman squints and rubs his watering eyes.

This scene from Ursula Biemann’s film Egyptian Chemistry is presented like a QED in Decolonizing Nature, T.J. Demos’s 2013 study of the intersection between contemporary art, ecology, and environmental politics, recently reissued by Sternberg Press. Borrowing from Michel Serres’s The Natural Contract, Demos frames the logic of a colonial relationship as one between subject and object, rather than subject and subject. To the colonizer, the nonhuman world is rationalized as a network of inert material available for appropriation and consumption. Similarly, colonized peoples are viewed as objects, and subjected, in the language of the poet Aimé Césaire, to “forced labor, intimidation, pressure, the police, taxation, theft, rape, compulsory crops, contempt, mistrust, arrogance, self-complacency, swinishness, brainless elites, degraded masses.” In tandem with the enshrinement of human rights, the “rights of nature”—“to exist, persist, maintain and regenerate its vital cycles, structure, functions and its processes in evolution”—are central to Demos’s project.

Decolonizing Nature explores ecologically oriented art practices, the global contexts from which they emerge, and their activist contributions to the sites they respond to, from the Chalco region near Mexico City to Odisha in India, to reefs beside the Maldives and the Gwich’in First Nation in the Alaskan Arctic. The book highlights particular artworks that embrace Indigenous knowledge and a de-financialized conception of nature and question the impingement of governments and corporations upon human and non-human subjects. 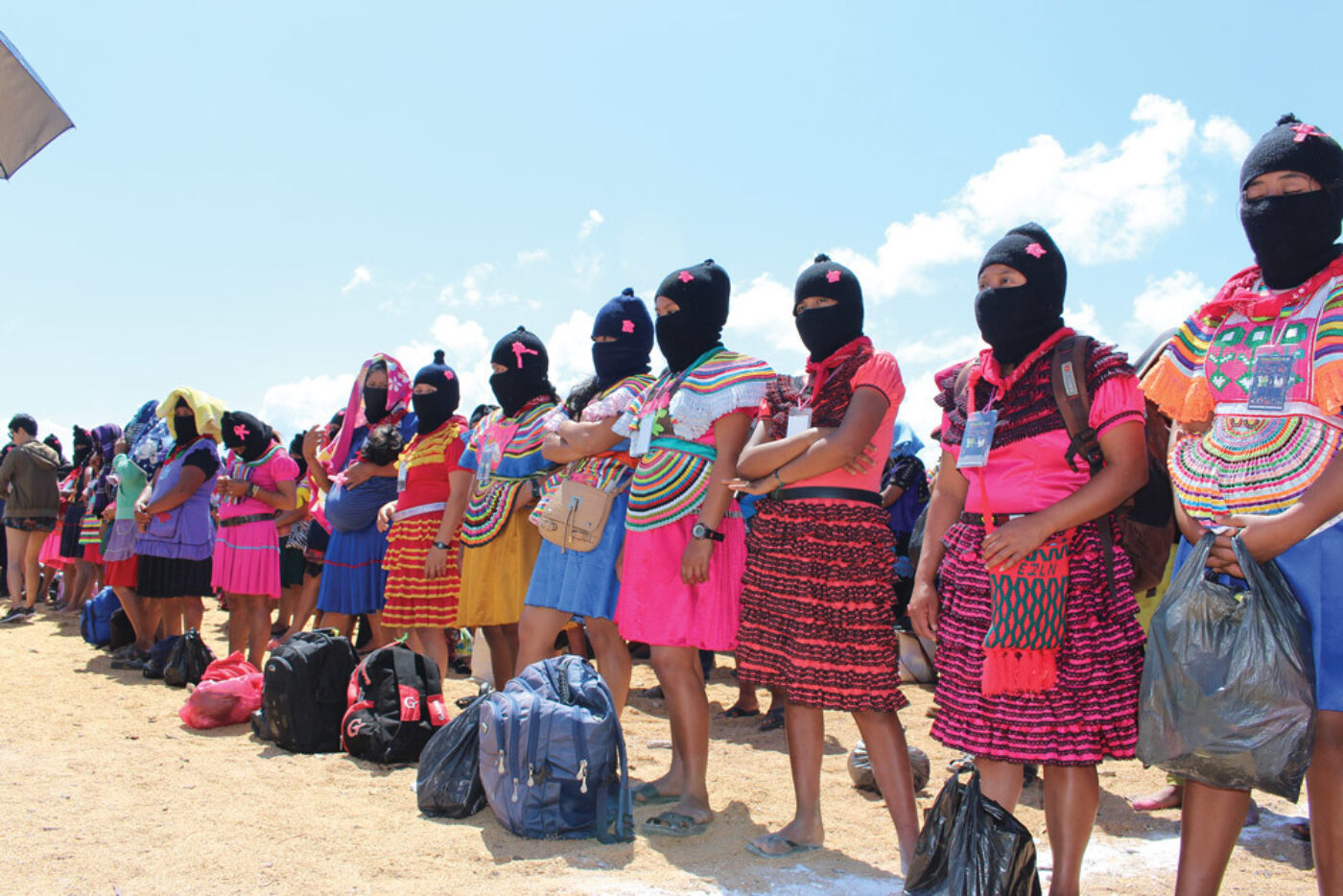 At the Meeting of Women Who Struggle in Morelia, Chiapas, Mexico, organized by the Zapatistas, 2018. Photo by Natalia Arcos. Courtesy of Grupo de Investigación en Arte y Política (GIAP).

Demos indicts the “(non)-position” of much contemporary ecological art and curation as lacking the teeth of “precise contextualization.” Specificity, place, and politics enliven practices for Demos. The work he lauds is typically hyper-hyphenate conceptually, if not literally: bio-political, geo-economic. It’s imaginary yet strategic, local in its focus but global in its implications; indebted to a complex understanding of nature-cultures, critical of the social perils of environmental techno-science, and aware of the shortcomings of superficial eco-aesthetics. Demos highlights the inseparability of thinking about nature through the lens of larger ethico-political concerns: political suppression, poverty, racism, and neocolonial violence.

The author rails against the “outdated notion of artistic autonomy, individualist creative freedom, or transgressive and free avant-garde identity, divorced from any duty or responsibility.” Clinging to such notions, in Demos’s estimation, amounts to advocating, even if through passivity, for “neoliberal exceptionalism and its destructive ecocide.” In 2015, as he was finishing the book, 1,500 sea lion pups washed ashore near his home in California. Decolonizing Nature’s reissue coincides with even more dire news: the Intergovernmental Science-Policy Platform on Biodiversity and Ecosystem Services warns that human activity threatens the existence of over one million species. The book is an effort to counter the grim sense of inevitability, despair, self-indulgence, nihilism, or denial that the popular imaginary often trucks in. Demos puts forward the power of activist ecological art practices to enfranchise the natural world as a political subject with inherent value and legally enforceable rights.

Nich Hance McElroy is an artist and writer based in Los Angeles. 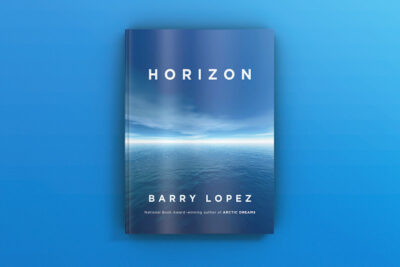