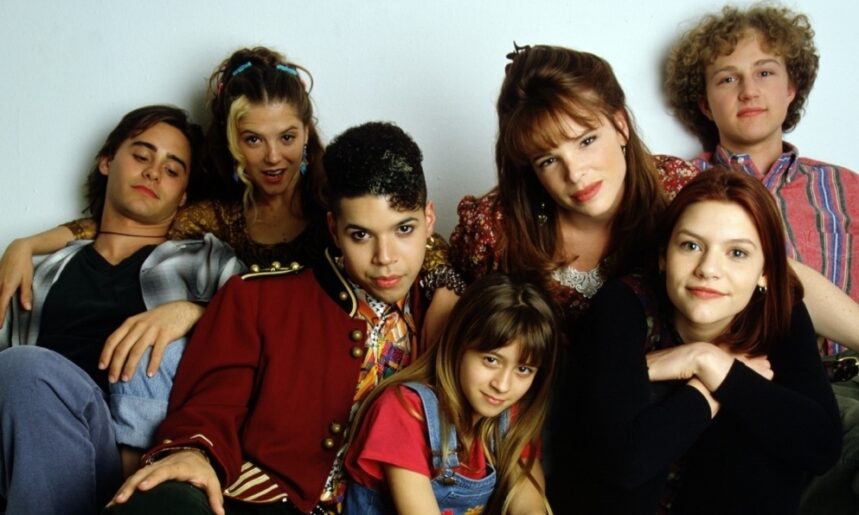 The cast of My So-Called Life.

Rickie Vasquez is waiting to give you some attention. “You should buy yourself something,” he suggests. “I mean, think. What do you really need? I mean, you need new makeup. Makeup goes bad, you know, it does. It spoils. You need new CDs because the ones you have suck. And you could definitely use a leather jacket.” Rickie Vasquez is ready to fix your life; he’s ready to help you spend the money he does not have.

Rickie Vasquez is black and blue. “I like your house,” he says.

“Obsession,” he says. “It’s an obsession. I completely understand this.”

He is saying, “You don’t know what goes on around here, okay?”

You don’t know, you don’t want to know, you won’t know.

“So, what’s this I hear about you and Jordan?”

“That’s what I heard.” Rickie Vasquez wants you to get to the point.

“You mean you didn’t have sex?”

You talk, something about having infinite opportunities for touch, intimacy, attention, still ahead of you, waiting for you to squander. Something about the centrality of your experience, your narrative; that you are the standard by which value is measured, that there will be boys for you, love for you, space made for your desire. That you look around and see yourself reflected in myriad advertisements, plots, soaps, television characters, books. It’s 1994, you dyed your hair Manic Panic, your little sister is a brat. Your parents are maybe a little too attentive; it would be stifling if they weren’t also so compassionate, lovable, capable—and if some little faggot can’t relate to that, they better learn how. Learn to find joy in me, you say, be master of the vicarious. Supportive.

Rickie Vasquez is wondering if all you ever have to offer him are crumbs.

“Go to hell,” says Rickie Vasquez. “You know you’re boring, don’t you? You know I could have handled that.”

The things Rickie Vasquez handles, must handle, are so very different from those he could handle, would love to handle.

For now, Rickie Vasquez is the arbiter of your petty squabbles.

You gently remind Rickie Vasquez that he does not get a side, not really.

“But, I don’t really have a side,” he agrees, and again he changes the subject.

Rickie Vasquez is giving up the fight for the girls’ bathroom. “It has nothing to do with what anybody said, it’s just, I always knew why I was coming in here, okay, but if people are gonna take it wrong, and give it this whole meaning that I never meant it to have…”

And then somehow this gets you telling him about real suffering, noble suffering, about Gregor Samsa, but Rickie Vasquez has questions.

“What? Wait. So, if they’re starving him or whatever, then why doesn’t he just leave?” You want him to believe that there is only one world, one reality, one family, one town, one race that matters. Yours is the one experience. You want him to believe that puberty has transformed him, that in this world, which is the only world, in this family, which is the only family, he will always be a cockroach, monstrous.

You ask Rickie Vasquez who does he think he is, talking about setting off on his own, some kind of Columbus? Rickie Vasquez has no time for discoverers, but wouldn’t mind being discovered, like Lana Turner. You want him to understand that bad things happen to those who forget their place is in the group, he could wind up with no one, homeless.

And then suddenly Rickie Vasquez is turning his attention on me.

“She’s such a sleaze,” he says. “You are like such an improvement.”

I can’t hear you, Rickie Vasquez.

Rickie Vasquez knows my little faggy secret and he’s ready to announce it to the world—but I ain’t ready.

“You knew that. You must have known that. I knew that.”

Rickie Vasquez is the first openly gay teenage character in a leading role in a television series. And he’s played by a Puerto Rican. And he’s almost exactly my age; I am a freshman, while Rickie is a sophomore. We look like this, respectively: 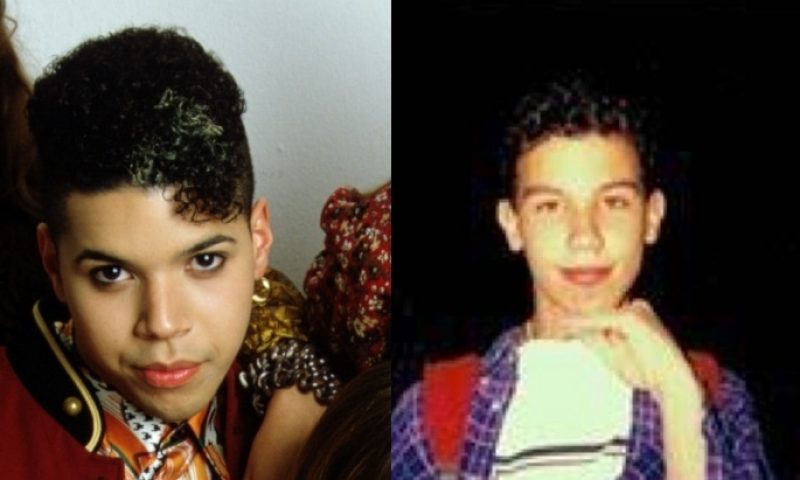 Rickie, I ain’t ready, I ain’t ready, I am not. One day the lunch lady asks loudly, You know who you remind me of, honey? And she does not say the name Rickie Vasquez, because Rickie Vasquez is not a name that sticks with her—she says, That little Spanish boy from that show with the redhead girl. Everyone can hear, and someone says, You mean RICKIE VASQUEZ?And everyone laughs, and the lunch lady didn’t mean any harm, but Rickie Vasquez is a name that sticks to me, for years.

Rickie Vasquez doesn’t give a shit if I’m ready; he’s tired of waiting.

I watch every minute. I watch Rickie Vasquez. Hard.

Rickie Vasquez has a bandana tied around his head like a fortune teller. Rickie Vasquez reads my fate in his own palm. I ask Rickie Vasquez if it might not be possible that I could somehow harden into another kind of man, if the years ahead are to be as desolate, as lonely, as hollow as I suspect they will.

“In my refrigerator,” Rickie Vasquez says, wiping the blood from his chin, “we’ve got this mayonnaise jar that nobody wants to, like, admit is empty.”

I tell Rickie Vasquez that I wish he could be the star.

“I wish I could get away with bicycle shorts,” Rickie Vasquez says.

I tell Rickie Vasquez the resemblance is killing me. He is ruining my life. I want him off the air. He just keeps getting gayer, and more tragic, and his pathos isn’t even the point—he’s only there to add depth to the trials of the white girl. Rickie Vasquez is still spitting blood into the snow. I tell Rickie Vasquez that I never expected to see my reflection and it’s too much, too soon; it hurts to look at him. I feel like I should love him, and it should be simple.

“But maybe it shouldn’t be. So simple.” Rickie Vasquez says. “I mean, not that I know what I’m talking about, or anything, since I’ve never, you know, experienced this, or what have you. But even if I did meet the perfect person, I just think that it should be like a miracle, like seeing a comet—or just feeling like you’re seeing one. Seeing the other person’s perfectness—or something. And if you do it before you’re ready, how are you going to see all that?”

Rickie Vasquez is slipping on the ice.

All of Rickie’s lines were transcribed from various episodes of My So-Called Life’s first and only season.

Justin Torres is author of the novel We the Animals. A version of this essay is included in the anthology Little Boxes: 12 Writers on Television (Coffee House Press).