SUBTEXT: The Philosophy of Miss Peach by Susie DeFord

Catie Rosemurgy’s second poetry collection, The Stranger Manual (Graywolf Press 2009), is a heady, yet playful romp through the American psyche. 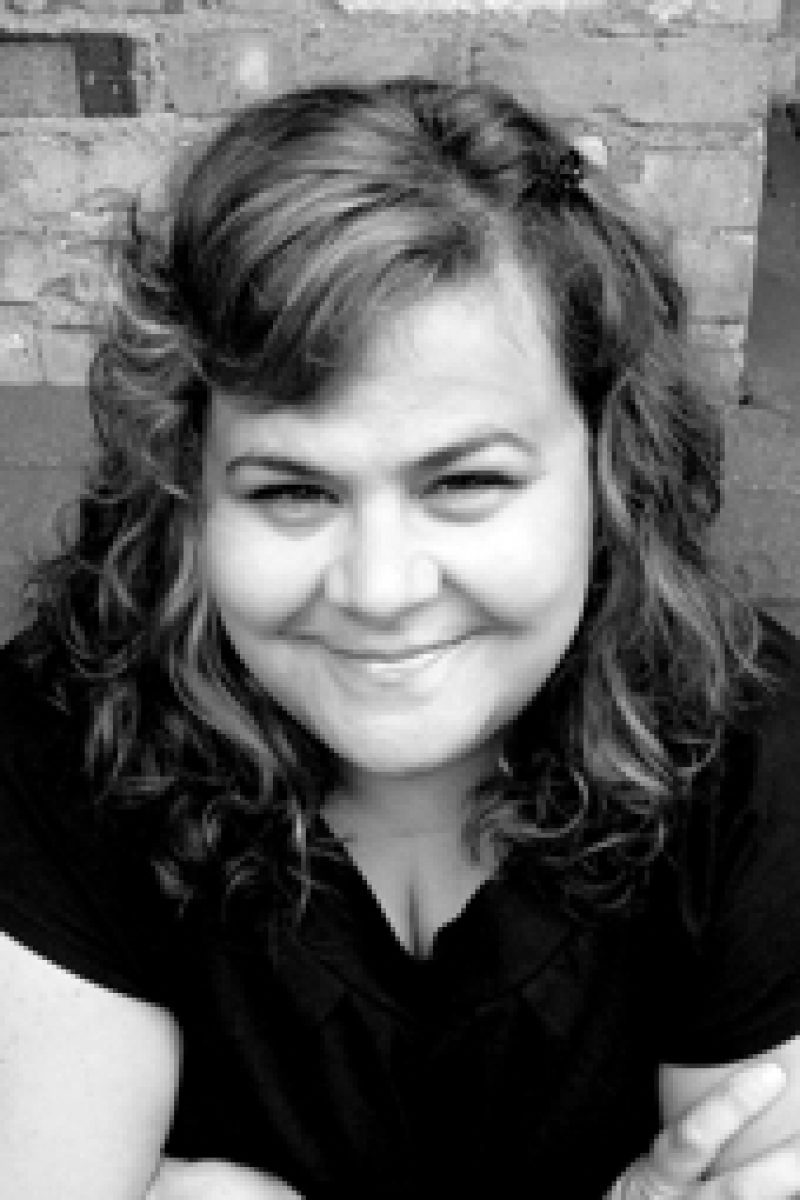 Through her main character, Miss Peach, Rosemurgy questions gender roles in the tradition of PJ Harvey and Liz Phair. Her setting for many of the poems is a somewhat fictitious place Gold River, a sort of Anytown, USA. Reminiscent of Sylvia Plath, Virginia Woolf, and Anne Sexton, Rosemurgy’s precise, restrained language prods into the darkness behind the seemingly mundane nature of her characters and places.

Catie Rosemurgy has one previously published poetry collection, My Favorite Apocalypse (Graywolf Press, 2001). Her work has appeared in American Poetry Review, Ploughshares, and Best American Poetry. She lives in Philadelphia and teaches at The College of New Jersey.

Susie DeFord The Stranger Manual is an interesting title. How did you come up with this title and what do you think it says about the book as a whole?

Catie Rosemurgy I couldn’t title the book for the longest time. My family and friends tell sad, sad stories about some very tortured phrases I tried out. One lucky day, though, someone asked me what I’d been working on lately and I said a handbook on how to be a stranger, a stranger manual.

SD Several of the poems’ titles in the book refer to the character Miss Peach. Will you elaborate on this?

CR Miss Peach holds the place of the main character of the book. She’s not a straightforward, realistic main character, though. I wanted to play with the notion of the fictional character sent lost and roaming outside of its usual territory (the novel or story). Miss Peach began as a satire, really, of female character types—the post-feminist super shopper, the doomed heroine of the romantic novel, the cruelly thin sorority girl. But as she morphed more and more and became increasingly pliable, ridiculous, and monstrous, I developed deeply unironic feelings for her and wanted to follow her storyline, though what happens to her only comes through in flashes.

SD Many of the poems also refer to Gold River. Is this Gold River, California or a fictitious place? Why did you choose this location as the inspiration of so many poems?

CR The place that inspired Gold River is about as far, culturally speaking, from California as one can get and still be in the continental United States. The Gold River in the book is a remote and northern place, loosely inspired by the Upper Peninsula of Michigan where I grew up. I didn’t actually know there was such a place as Gold River, California, but I’m glad there is, since in the book Gold River is more of an alternative universe than an actual place. Gold River is unreal, I think, like a diorama, and Miss Peach is one of the little figurines getting moved around.

SD How does Place play into your work as a whole?

CRI suppose our connection and lack of connection to a particular place on this teeming planet is one of the things I’m always writing about. It’s hard, I find, to get a place to exist for very long. We come and go from it. It changes. Our idea of it and its reality clash. It has no essence. I long for the lakeshore where I grew up, for the particular shadows that the cattails cast. I go there as often as I can, and since it’s the place I’ve spent the most time, it’s the most detailed and mysterious to me. The universe’s disinterest feels most familiar there.

SD I’m always interested connection between music and poetry. American Book Review compared you to Liz Phair and PJ Harvey. Are you a fan of these musicians? How does music factor into your work as a poet?

CR I am indeed a fan. Especially of PJ Harvey. As for how music factors into my work, lately I’ve started making playlists of the songs that I imagine playing in the world I’m writing about. I’ve also written a fair amount about rock stars, though not about rock music. I first started thinking about what I like and what I don’t like and why and why it matters in terms of music. Poetry seemed adult and unassailable until I was a bit older. I still catch myself thinking about aesthetics in terms of music on occasion, like the indie band irony, for example. In contemporary poetry, there are certain linguistic and rhetorical moves that are very fashionable, very cool, and supposedly very edgy and yet they’re popular, even ubiquitous.

SD What are you working on now and what are your plans for the future?

CR My next project is actually about Gold River. The background in The Stranger Manual is the foreground for the time being.

SD What did you learn from writing and publishing your first collection My Favorite Apocalypse that you applied to The Stranger Manual?

CR I learned that I want to keep surprising myself.