Born and raised in the Yukon, currently based in Vancouver, Ivan E. Coyote is one of Canada’s most acclaimed storytellers. Ivan brings the warmness of her “kitchen table” stories to this interview with Susie Deford. 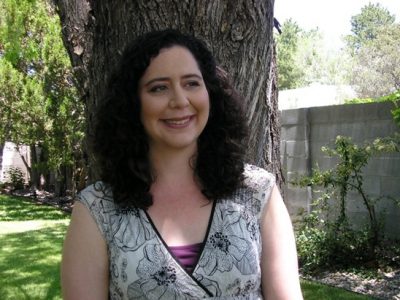 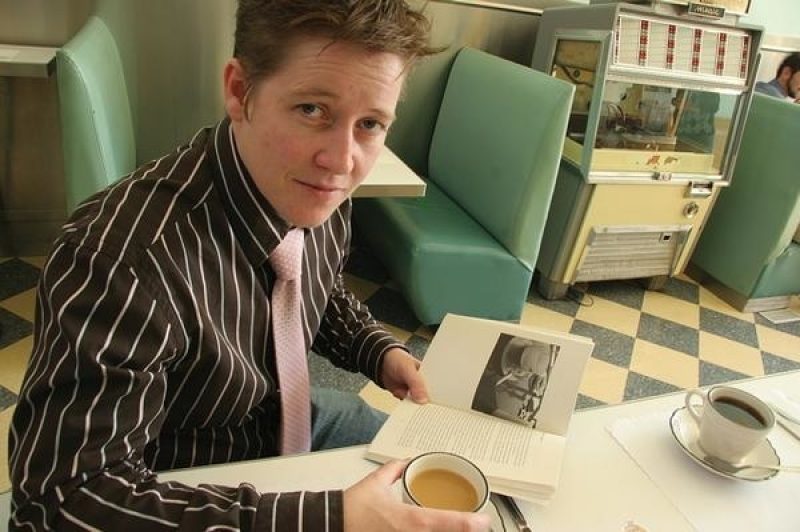 Born and raised in the Yukon, currently based in Vancouver, Ivan E. Coyote is one of Canada’s most acclaimed storytellers. In her warm “kitchen table” stories, she masterfully bridges the gap between the oral and the written, between genders, and between city and country.

Coyote has been performing since 1992 and co-founded Taste This, a performance group that combined music, storytelling, and poetry to create a “text-driven genre-busting collaborative exchange.” They toured North America extensively and in 1998 published the book Boys Like Her, a notable Canadian contribution to the discussion of sexuality and gender identity. She has taught at various colleges and institutions, and was a longtime columnist for Xtra! in Toronto and “Xtra! West” in Vancouver.

Susie DeFord In The Slow Fix you write about your family in the stories “By Any Other Name” and “You are Here.” Do you think you get your gift for storytelling from them? Who was the best storyteller in your family? What’s one of their best stories?

Ivan E. Coyote I definitely learned to tell stories around both of my grandmothers’ kitchen tables, from my family. Yukon winters are long and dark. There are many great storytellers in my family, but I think my Uncle Rob and my Grandma Pat stand out.

Their best stories? Well, like all stories, the best one is the right one told at the right time to the right people. Stories serve many different functions—at times they entertain, sometimes they teach, or warn, or pass down history. Sometimes they help you through grief, or to remember. Just recently my maternal grandmother passed on, and stories were such a huge part of that process for all of us. We laughed, we cried, we bonded, we remembered, we honored, we fought. To ask me which story is best is like asking what was the best sunset you ever saw.

SD You do a lot of performing. What do you see as one the less than obvious differences between oral and written storytelling?

IC Well for me it is the immediacy of the live telling: the reactions, the laughter, the emotions. A Canadian children’s author whose name escapes me right now once said that a live audience is the best editor a writer will ever have and in my experience. I think that is true. Meeting the people I am speaking to is one of my favorite elements of doing my job.

SD This is a bit of a “which came first the chicken or the egg” question: Did you start telling stories orally or did you begin by writing stories and then performing them?

IC It is a bit chicken and egg, but in the end I have to say I just started off telling stories, and then moved into writing them down and telling them.

SD You write about performing in high schools in “Teach the Children Well.” What is one of the strangest experiences you’ve had performing in schools?

IC Schools are always a trip for me, and a constant reminder of how much work we still have to do in them to make them a safer place for our kids to learn in. I am 40 years old, and I still have a mini panic attack as soon as I enter a high school. Queer and different kids still have to learn under the threat of physical and emotional violence every day. I guess the memorable things are mostly the different kids I meet, and they never fail to blow me away. The last school gig I did I was given honorary membership in a gang of misfits, and that was pretty cool. Then there was the time the principal wanted me to write down everything I was going to say or read so she could photo copy it and have the entire faculty read and “approve” of it before I came in. Needless to say that didn’t go over well, especially as I was the only artist she asked to do so. We had words, and eventually she smartened up.

SD What is the most interesting place you’ve performed?

IC I have performed in almost every province and territory in Canada, many states, and in several countries in the EU now. Last year alone I did over 200 live performances, and I have been performing live since 1991. The most interesting place? For me it is more about the most interesting people I have met, or performed with. But place? Recently I performed in a place called Kikisa, a first nations village next to a beautiful river in the Northwest Territories in northern Canada. We had to take a ferry across a river full of icebergs and broken ice. Very remote, very small. Population 46. That was interesting. But then again, I try to be interested in life and my work no matter where it might take me.

SD A lot of your stories in The Slow Fix seem to focus on subtle and not so subtle differences as a way of understanding people and places. In “Dirty Rotten Cock Knockers” you discuss the differences in places between Canada and Amsterdam as well as other cities. What do you see as a difference between the literary scenes in America vs. Canada and any other countries you’ve traveled to?

IC In Europe they generally pay better and seem to respect the choice of artist as an occupation a tad more than they do in North America, but that would be painting a lot of people with the same brush, which I am hesitant to do. I do a lot of different types of gigs, in front of vastly varied kinds of audiences, so this question is difficult for me to answer succinctly, to be honest. I do school gigs, queer gigs, literary gigs, spoken word, storytelling, writers and music festivals, labor union conferences, social justice forums, I read for students, inmates, book lovers, transsexuals, recovering addicts, social studies teachers, and then some. Every gig is different, and every audience is made up of people from all over. So this kind of question is tricky for me. Sometimes they love you right away. Sometimes you have to bring them around. The audience will differ depending on who else you are sharing the stage with that particular day or night as well. Alcohol is a co-factor. There are so many variables, and that is why I never get bored, or stop learning.

IC I know that I love the country, but that as much as I might like to think differently, it is better for my mental health to live in an urban environment and visit the rural life when I need to. The only small town I could really imagine living in would be Whitehorse, Yukon, where I was born and raised, and where much of my family still resides. Similarities? Can I revisit this question when I have gathered more data? I think that a lot of city people make the mistake of believing that cities are somehow more progressive or open-minded than small towns are. This is too simplistic. I think there are good and bad people to be found everywhere, and neither small towns nor big cities can be summed up easily. I know I love to travel, and that there is pretty much nowhere that I am not interested in visiting at some point in my life.

SD In the story “The Bathroom Chronicles” you write about problems you’ve had with male/female bathroom scenarios, which is something I’ve talked about with transgender friends of mine. You also write about the rare breed of right-wing gays in “Right Winged.” In all of your travels I’m curious if you see any major differences in queer communities and issues in the various countries and cities you’ve traveled to?

IC Your questions are hard. Again, I don’t always travel exclusively in the “queer” scene. Often I am the only homo on board. My audiences, especially in the last couple of years have grown very diverse, in terms of not only sexuality or gender, but also in terms of age, race, class, and all the other ways we classify ourselves. This to me is a sign that I am growing as an artist and that my work is touching people outside of the queer communities. Do not mistake this for me seeking to mainstream myself, because that is not what I am aiming for at all. I bring queer content and gender blurring with me onto every stage I step on, if only by virtue of my appearance and shell. But more and more I realize that I am not as interested in what makes me different as I am in what makes us all the same. Our common humanity. The beauty found in the apparently mundane. Those interactions between people that are about how we touch each other’s lives, regardless of who we are or who we fuck. This is the real stuff of life for me these days. Right now I am working on a series of Yukon love stories, spanning 60 years and several generations of my family. Some are queer, some aren’t. I hope one day people will listen to them and just hear love stories, and not care so much about whose what is being inserted into which one’s where, and what not. Do you know what I mean? I know I didn’t really answer your question properly, but like I said, your questions are hard, and I’m just a softy at heart. I just like to tell people stories.

For more information about Ivan, check out her website here.