Nov 8, 2017
Facebook Twitter Email
The Language of Duress: Speech/Acts at the Institute for Contemporary Art, Philadelphia by Amber Rose Johnson 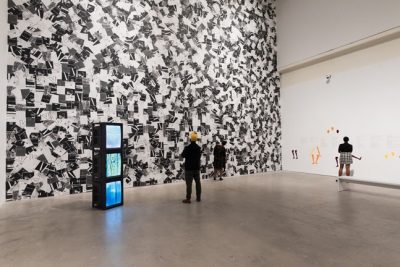 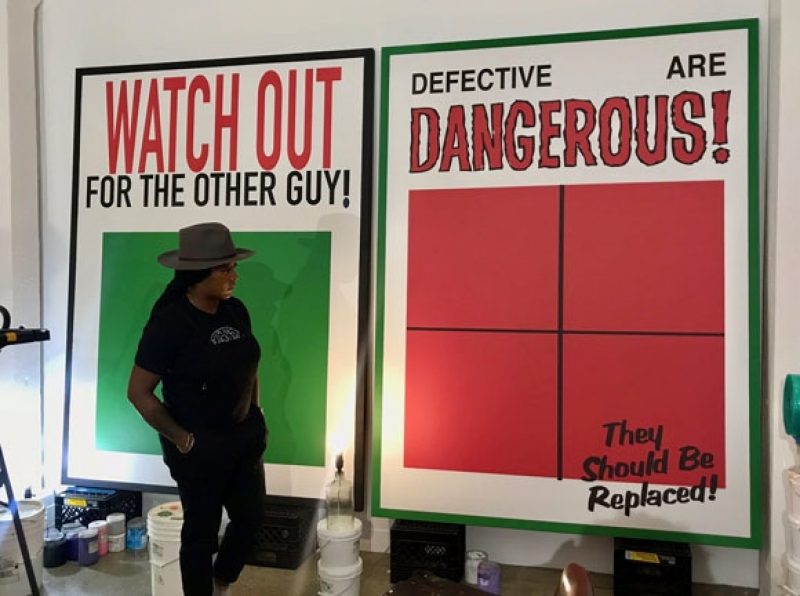 All photographs by Osman Can Yerebakan.

On my second trip to Nina Chanel Abney’s studio in Jersey City, New Jersey, I found the paintings from my initial visit two weeks earlier replaced by a new series of works. Immersive orchestrations of contemporary chaos had left the stage for geometric forms and text on canvas. Preparing for her two-venue exhibition, Safe House, which will conjointly open at Jack Shainman Gallery and Mary Boone Gallery on November 9, Abney was on a strict creative regiment to implement final touches to her first solo presentation following Royal Flush, a touring mid-career survey organized by the Nasher Museum of Art at Duke University. At Jack Shainman Gallery, the audience will find some of the most recent examples of Abney’s signature visual language in which hard-edged and resolute figures from an ample source of inspirations gather on canvases within a buoyant harmony of disarray. Mary Boone Gallery, however, will introduce a new path in which text-based expressive paintings read “Watch Out For The Other Guy!” or “Defective Are Dangerous!” 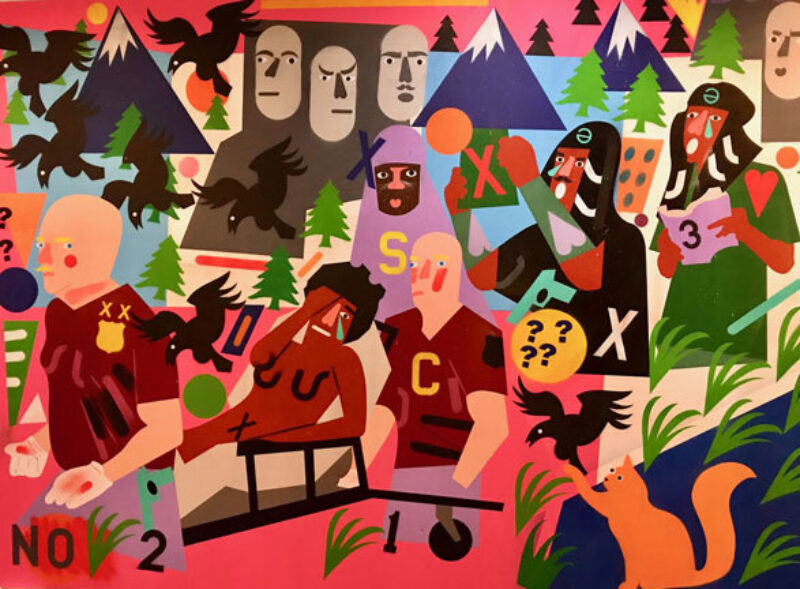 From Black Hebrews preaching on 125th Street in Harlem to media images of police brutality toward people of color, emblems of collective memory and personal history coalesce in Abney’s brushstrokes. Resistant to hierarchies organized by narrative and depth, the images in her work rapidly shift and fuse before viewers’ eyes. “Everything is equally treated,” emphasizes the painter about the various references she blends into her work. “I want the figures to feel overpowering and aggressive towards the viewer.” Abney’s breakthrough came with her MFA thesis painting Class of 2007 in which she painted her classmates as black prisoners whom she guarded, depicting herself as white. Abney was the sole African American in her program at the Parsons School of Design, and the painting powerfully encapsulates class and race concerns that prevail across the United States and in the majority of her work. 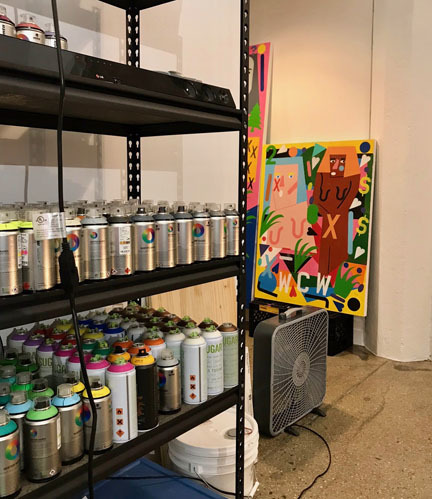 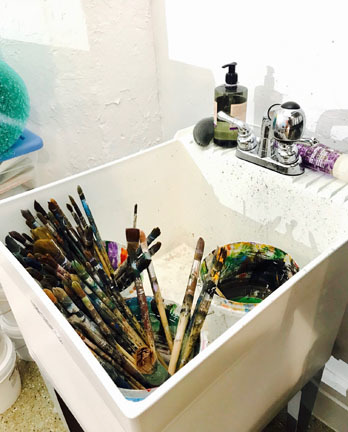 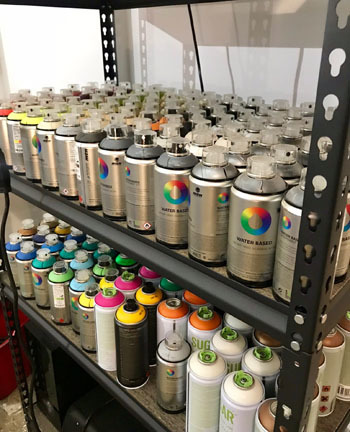 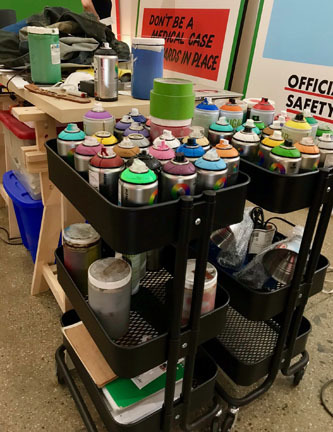 Leaving the studio, I found myself on a jam-packed commuter train brimming with energy and exhaustion at the end of the workday. The panorama of faces inhabiting a train car echoed with scenarios in Abney’s paintings of fury, pride, and endurance. 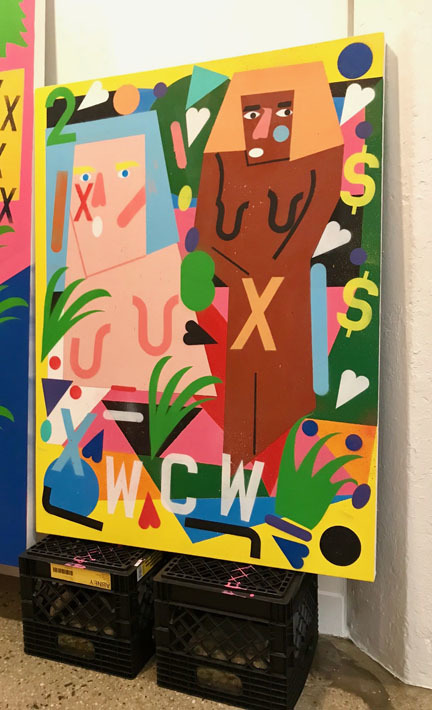 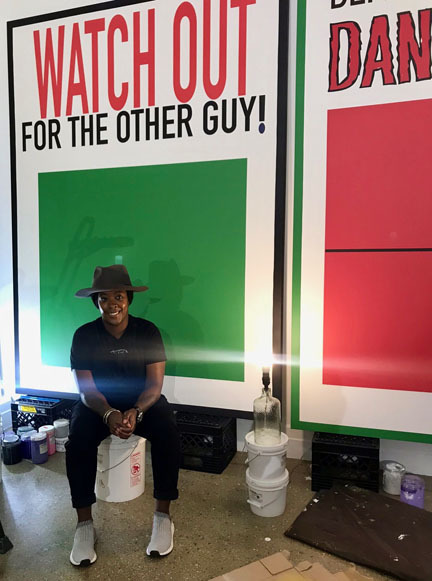