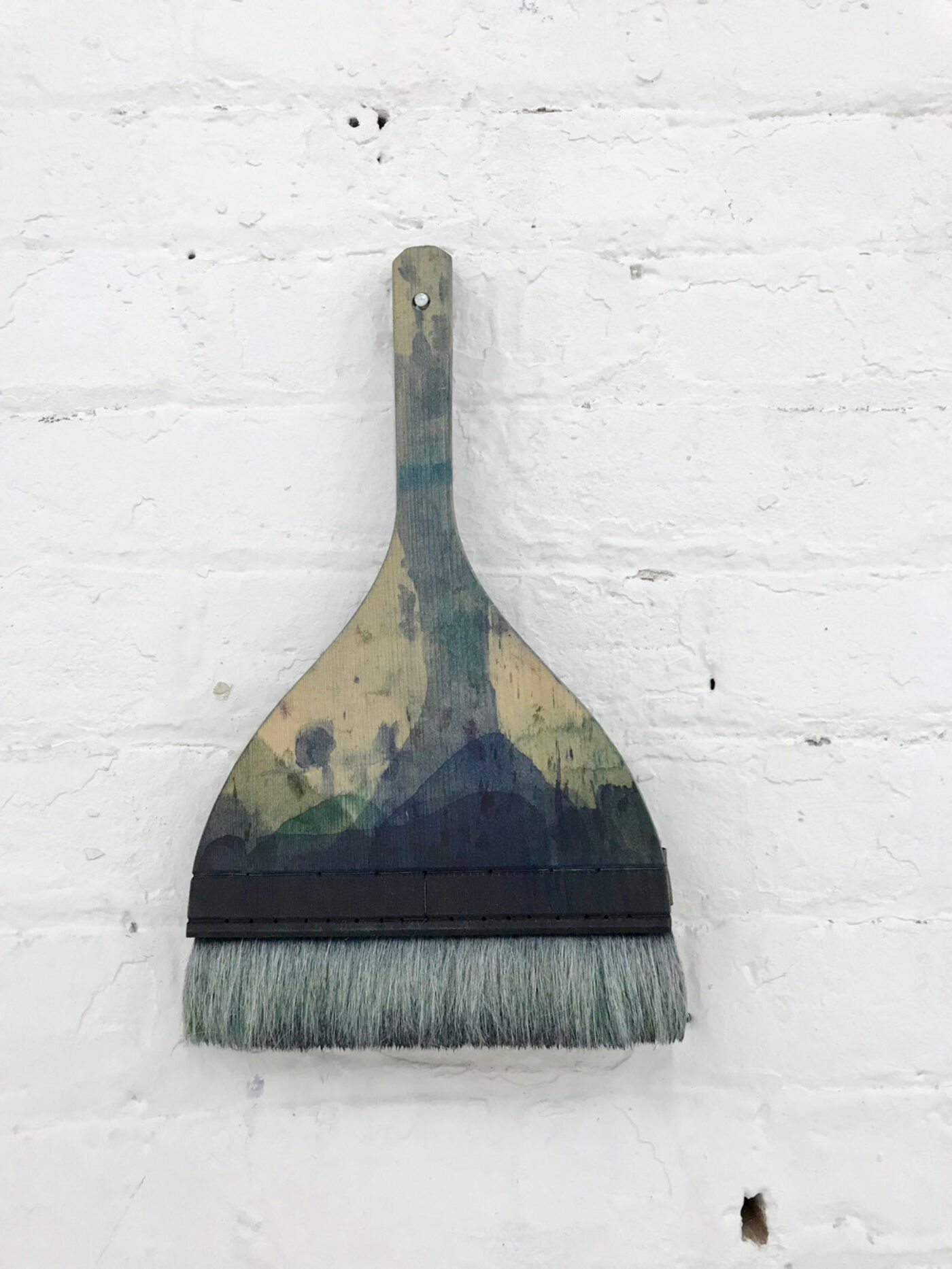 On my visit to Landon Metz’s light-filled Bushwick studio on a sunny winter day, I barely spotted any artwork. In preparation for a busy year occupied by upcoming solo exhibitions in Rome, Basel, and New York, Metz was genuinely calm and unruffled while apologizing for the extra “neatness” of his workspace. The thirty-two-year-old painter creates site-specific work, letting his paintings complete the architecture of their venue with sequences of canvases that result in hallucinatory effects. The most recent example of this method is Fourth Wall at Basel-based gallery von Bartha’s outpost in the Alpine town of S-chanf. After some inevitable chatter about Roman cuisine and the Swiss Alps, Metz and I talked about his personal approach to canvas and paint. 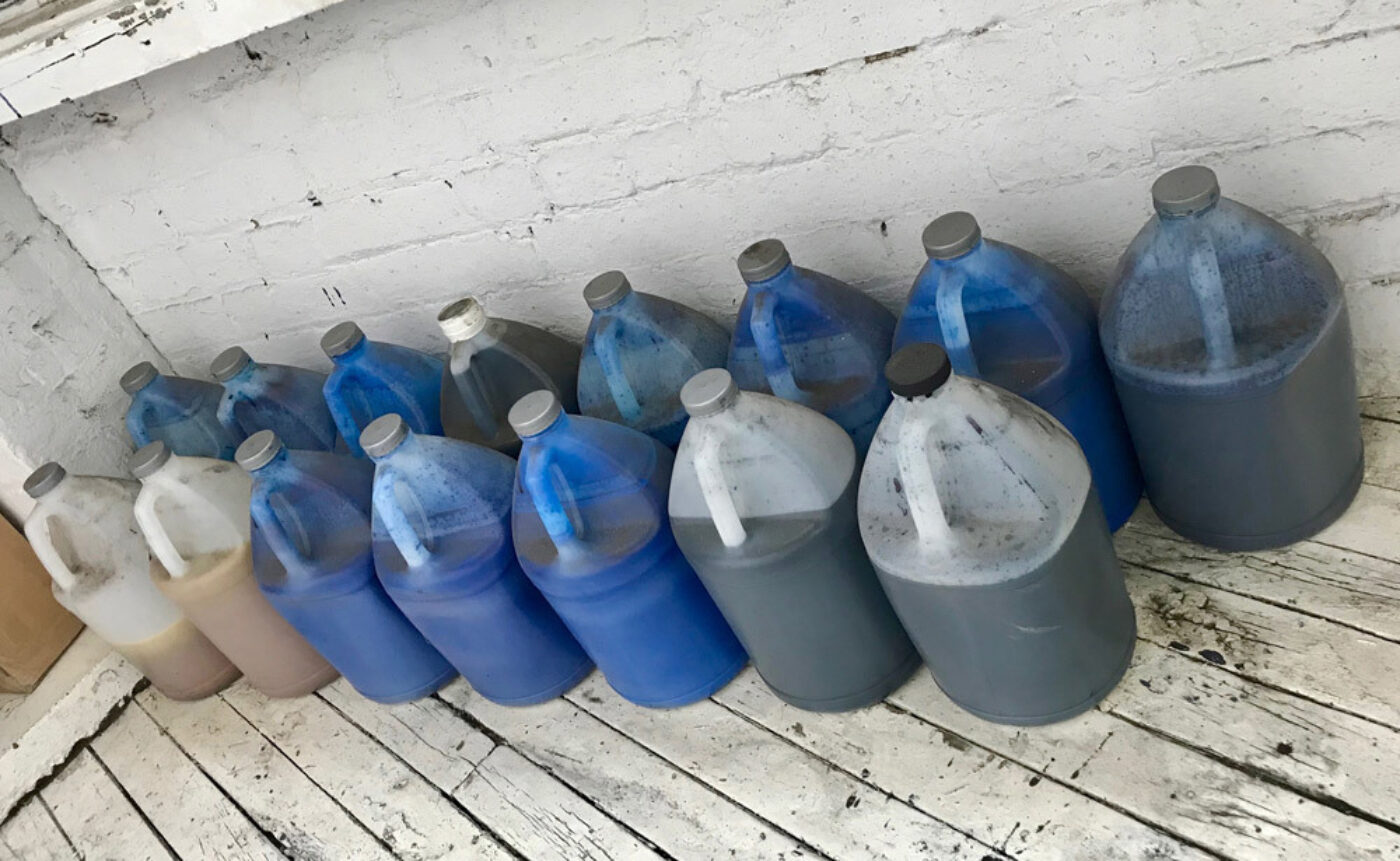 Osman Can Yerebakan Your current exhibition sits atop the snowy hills of the Alps. Was the illusionary effect of dense snow inspirational for the color palette?

Landon Metz Pure snow overloads your perception. My work is always aware of its environment; each installation articulates the architecture. von Bartha is located at a building inside another building. From the outside, it’s a sixteenth-century Swiss chalet; but inside, the gallery is a giant black box. I installed a painting onto the exterior of the black box where visitors enter into the actual gallery. The exhibition title defines the illusory veil between the play and viewers in a theater. Postmodern cinema also has this notion of breaking down the fourth wall to demolish the barrier between the film and its audience. Putting the work on the exterior of the inner structure attempts to break the fourth wall. The time of the year came into play when I was realizing what forms I would be working on. Even before the opening, I was aware of this image in my head with documentations of the facade, mountains, and snow, which all came together while working on the palette for the exhibition.

OCY Besides its metaphorical meaning, does the fourth wall also define the way paintings interact with the exhibition space?

LM The three-walled installation alludes to the structure of a theater. My practice is about extending authorship beyond my own attentions through external constituents, including the relationship between image and object. Even seasonal changes in climate affect how the dye pools on the canvas. The longer they take to dry, the more consistencies there are. In the summer when the weather is more humid, they take longer to dry, for example. 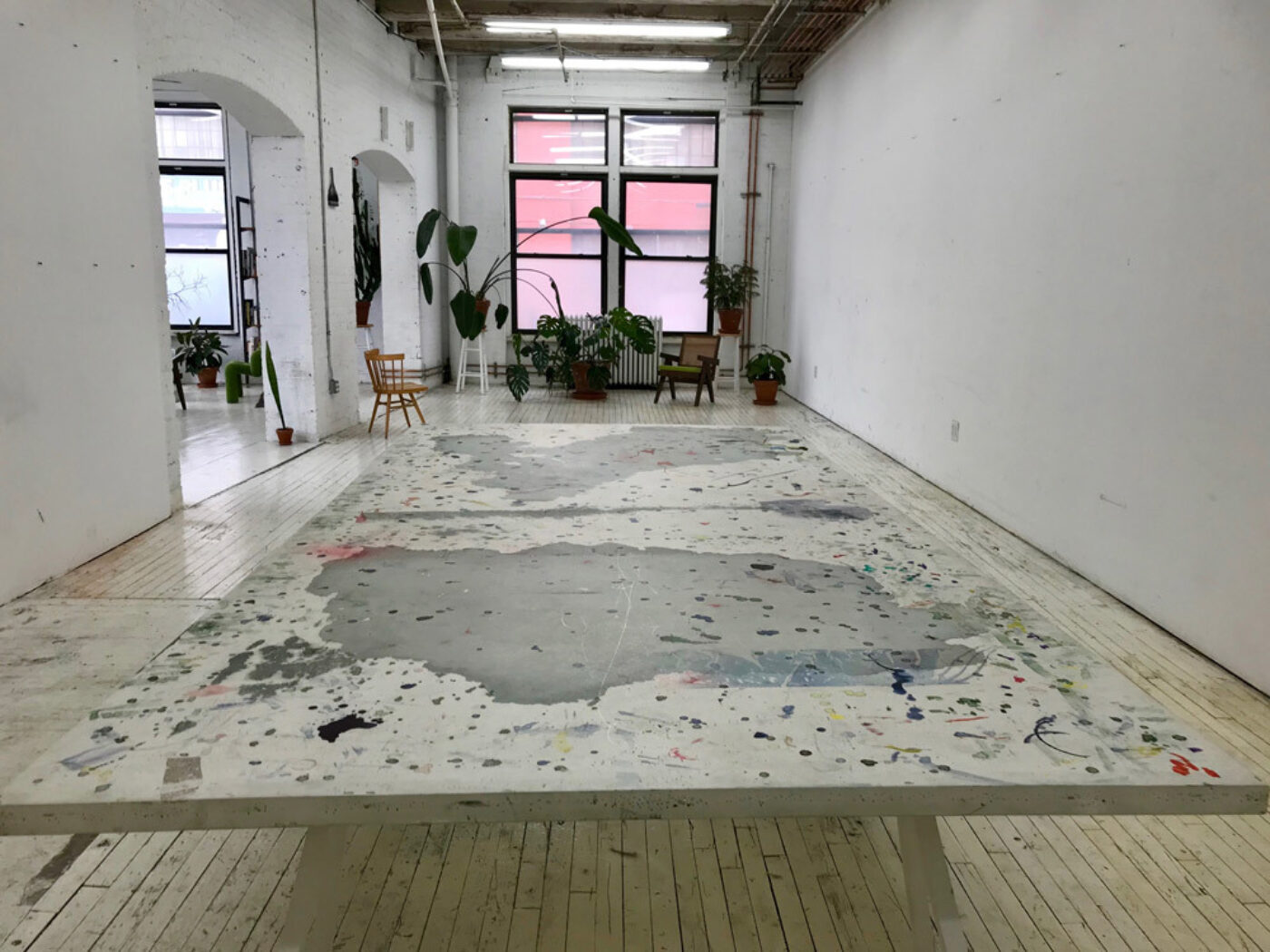 OCY You let the paint decide its course on the surface. Are you comfortable giving nature and physics this authority?

LM I let materials work together and have a sense of autonomy and authorship with how they function and the way the image and the object relate to one another. Dye merges with the object, and image is broken off of the object, resulting in a series of in-between panels. None of the forms is fully realized, similar to watching a film between continuous panels. They are perceived as continuous forms in the viewer’s mind like a natural phenomenon. In reality they don’t connect or continue—they are all broken. They articulate an environment tailored to shed light on the idiosyncrasies of a particular space. In this case, the environment was an immaculately perfect cube designed by a Swiss architect, and this is a rare opportunity that I’ve never had. The space and architecture gain authorship and dictate the work. I just want to point enough and let the rest do its job similar to how things work on stage with a director, actors, and the audience—again, the fourth wall. 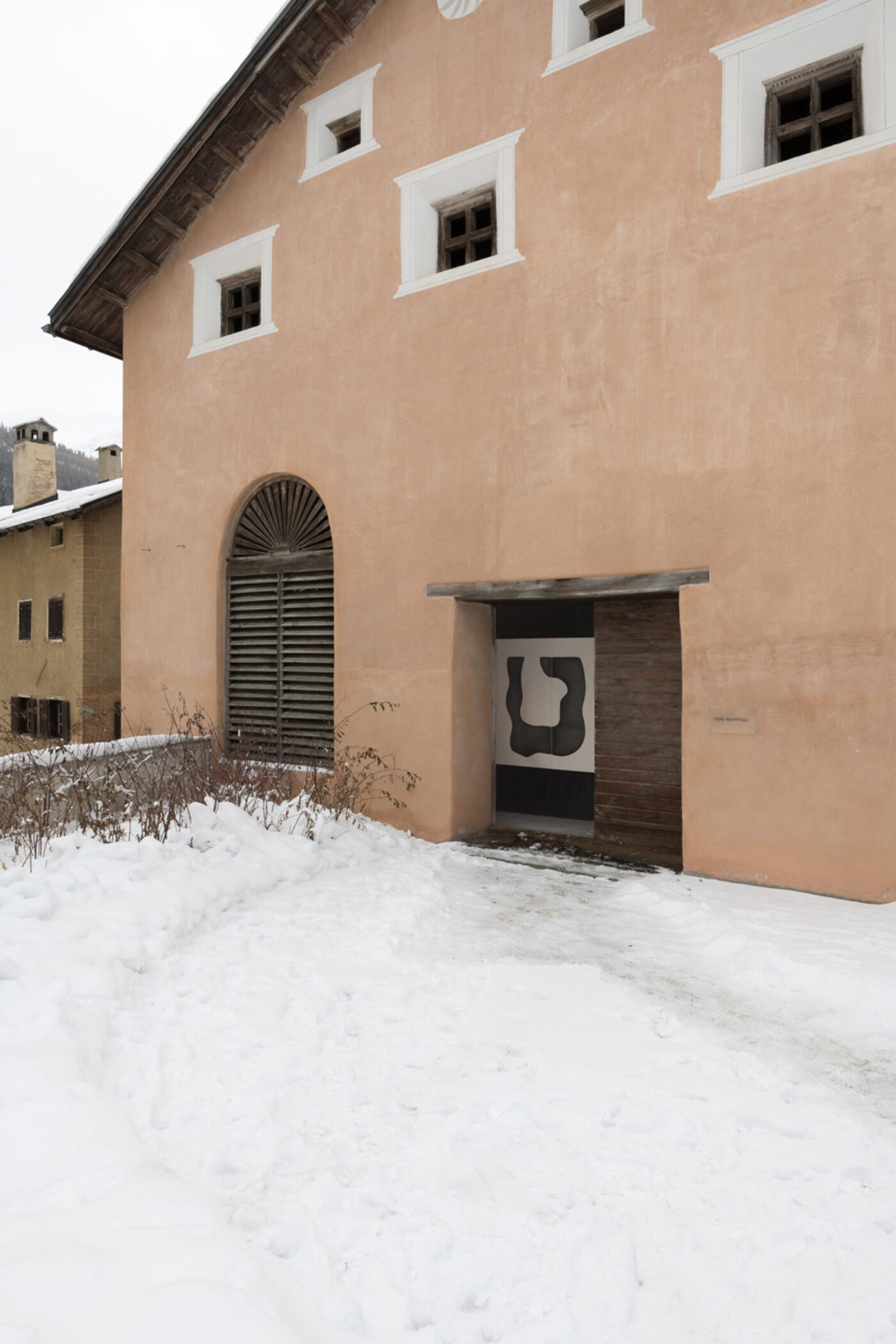 OCY What type of responsibility do you expect from the audience? With painting, viewers usually have limited autonomy or engagement as opposed to a sound piece or performance.

LM It depends on the environment. In a perfect cube like this one, the experience is immediate. In other cases, works can be similar to dials and signposts that draw viewers to a particular place inside the space and subtly reveal an unawareness of the scale of the space and of their bodies while navigating the environment. My work recedes a lot from the viewer; therefore, there is only so much I can control about their relationship. The idea of autonomy is not only about control, but also about creating a container to show the viewer what they already knew but were ignoring. 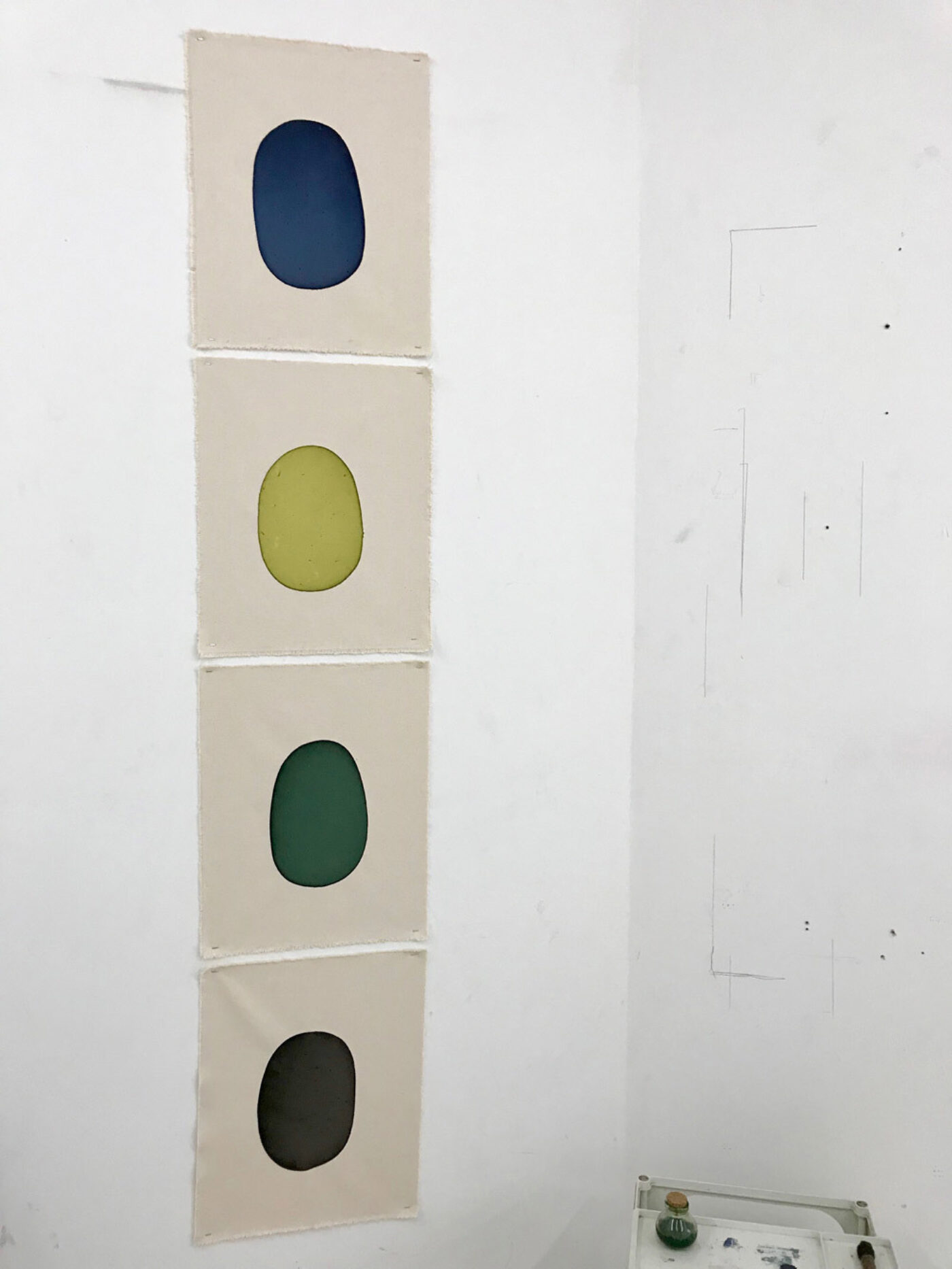 OCY Does abstraction help you attribute freedom to the audience?

LM There is an immediacy to my version of abstraction. Time is an important factor: with a single panel, this relationship is so legible and brief, but repetition signals infinitude, collapses time, and makes any connection possible.

OCY When I look at your paintings, I see a strong connection between seriality and hallucination.

LM The use of seriality underlines the inherent properties of creating a work, most importantly paint and canvas. A large portion of my references comes from John Cage and Marcel Duchamp, particularly from The Creative Act. Both artists implied that their desire was to find a mechanism that communicates on behalf of the artist by removing traces of personal taste. The decision to use ready-mades is a loaded gesture because they express the artist’s vision for the world instead of removing it. The artist’s hand exists, but what’s the best way to show it? The forms I create serve the purpose of acknowledging my presence, but they become serialized and broken. Eventually they do not celebrate the author or revere the skill set—they’re mechanical. My presence is affected by repetition. I started my career in music as a child, and the idea of performing for an audience is still crucial for me. I can’t make work without knowing about the exhibition first.

OCY You’ve never prepared an exhibition for a space you haven’t visited before? 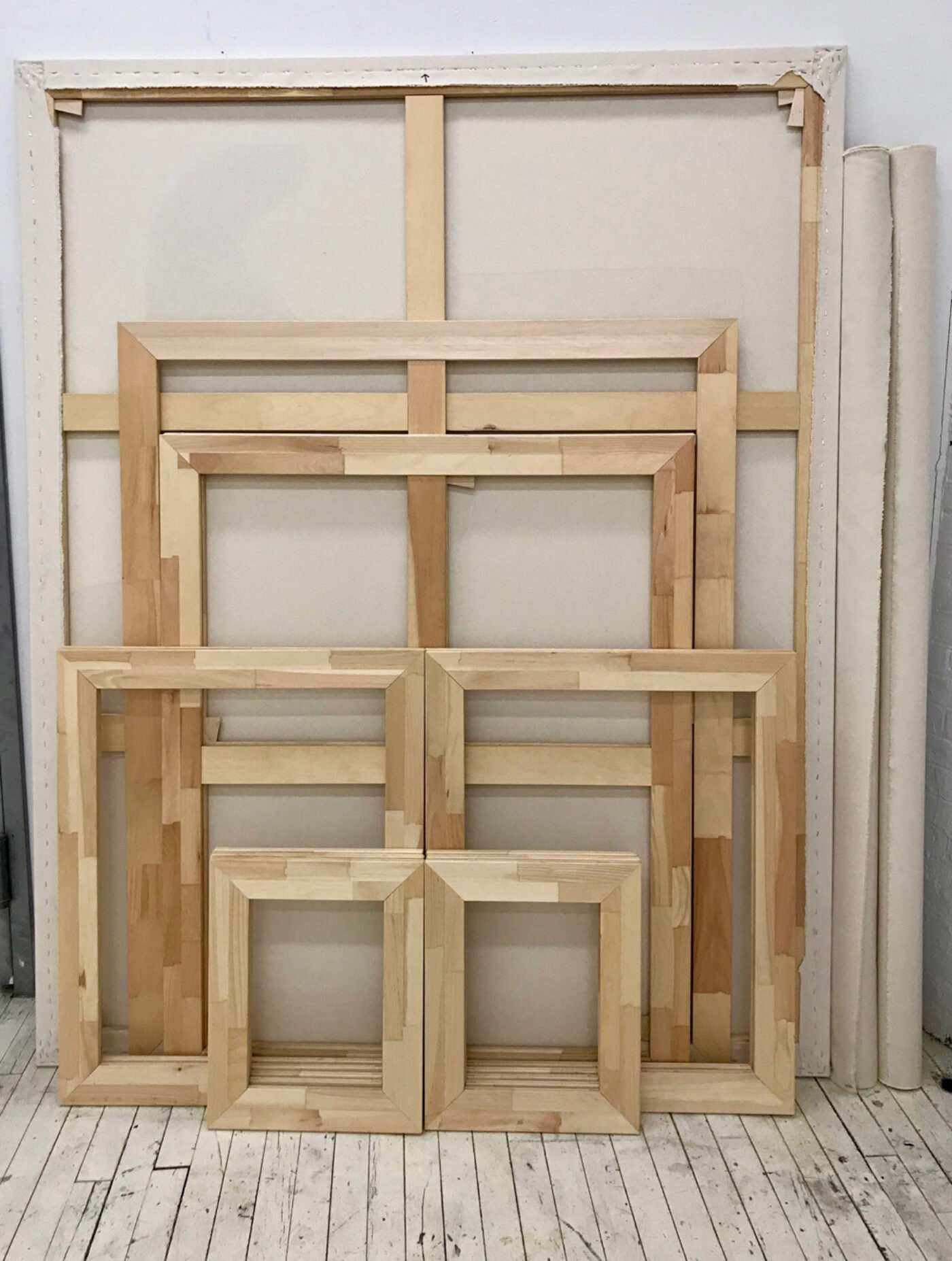 Photos by Osman Can Yerebakan. 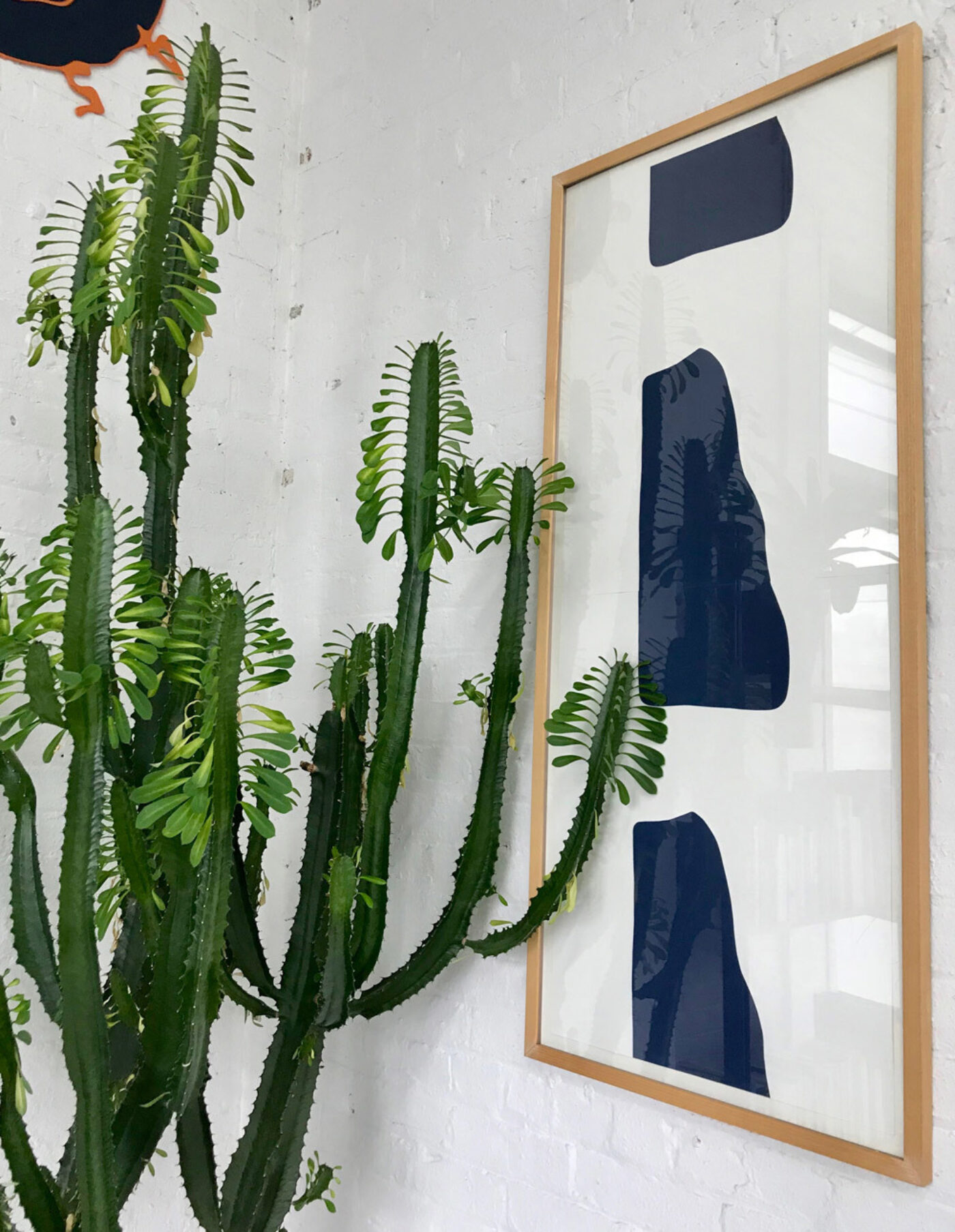 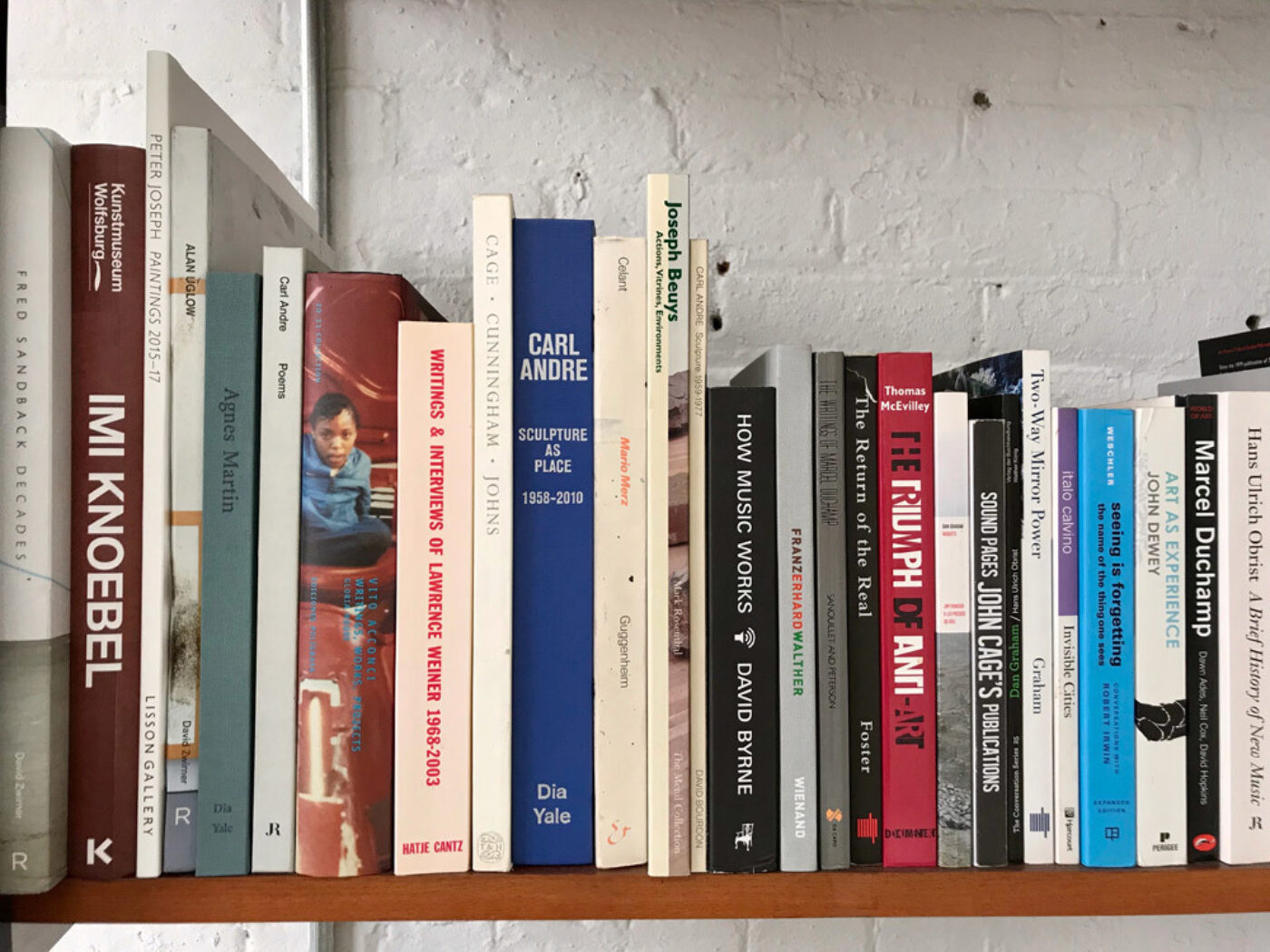 OCY Chance is also inherent in your response to the space. You cannot really know how things will pan out until the last minute at a venue. Is this also the case for your painting process?

LM There is always room for chance. I am curious how a space ends up in that exact state or what purpose it served before reaching its current life. The history of the environment defines why walls look a certain way now. This whole history creates the scale of the work. Chance is in finding something interesting about the space, but also in material processes. I work on the floor and use a tool to control how the dye pools. I have to sit with the work for six hours and watch paint move on the surface. As it settles, depending on the climate, gravity pushes on the pool. The entire process is reliant on the phenomenon of gravity affecting how the molecules in water and paint settle into the canvas. That’s full-blown chance! I create a stage and allow performers to move around freely.

Landon Metz: Fourth Wall is on view at von Bartha in S-chanf, Switzerland, until February 24. The gallery’s Basel location will host Metz’s next exhibition this spring.