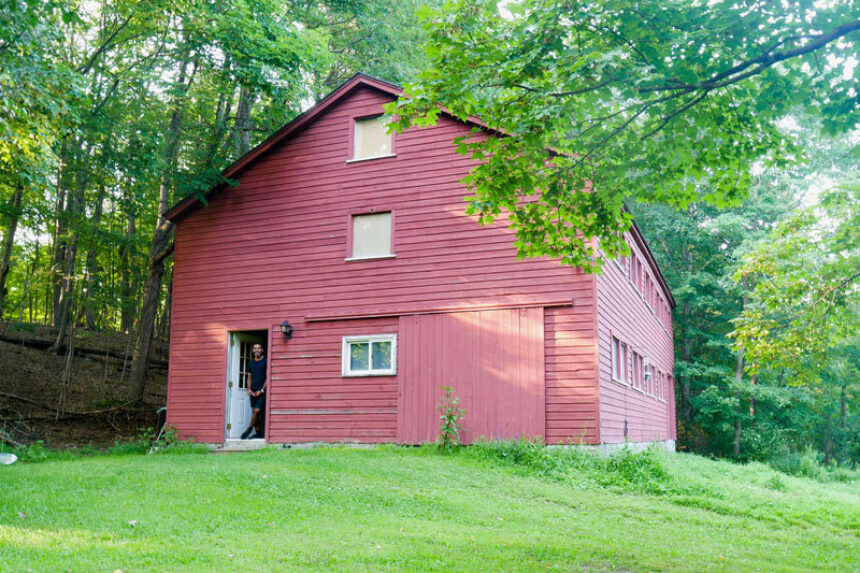 Cy Gavin and his 1950s barn-cum-studio. Photographs by Ryan Chapman.

Cy Gavin’s Hudson Valley barn abuts 130 acres of wild forest, providing a soundtrack of birdsong and teenagers on 4x4s. The painter, who moved up from Manhattan last November, finds it a most productive environment.

Gavin is a gracious host. As we toured the space—spotting rabbits in the garden outside—we talked about Brian Eno, the history of Bermuda, and the relative qualities of acrylic on denim and canvas. 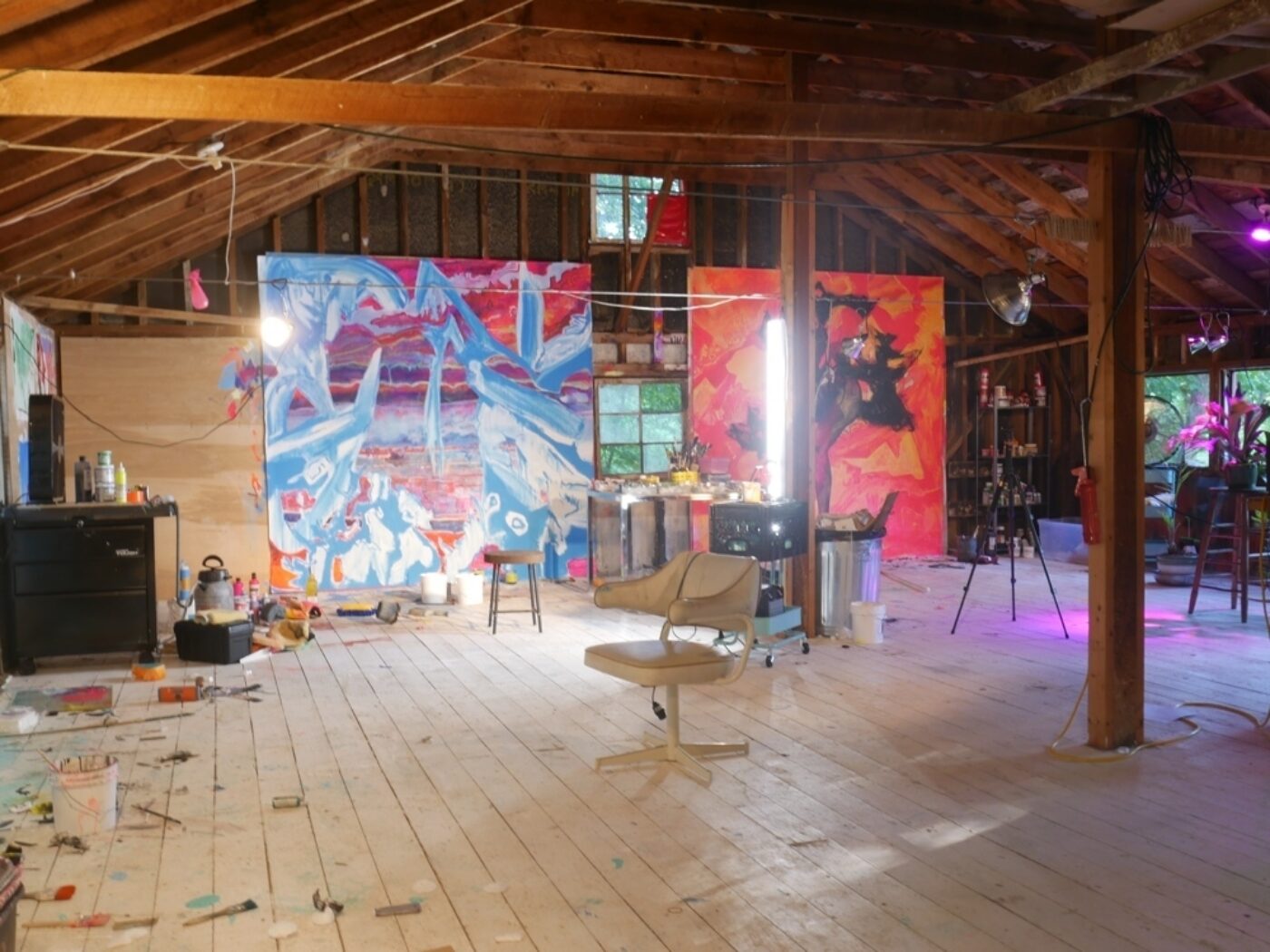 He works on a half dozen pieces simultaneously. On my visit, Gavin had recently impastoed sand on one canvas, and, while it dried, contemplated the next steps for the landscape of another. Many of these will appear in a solo show in Paris this coming spring. 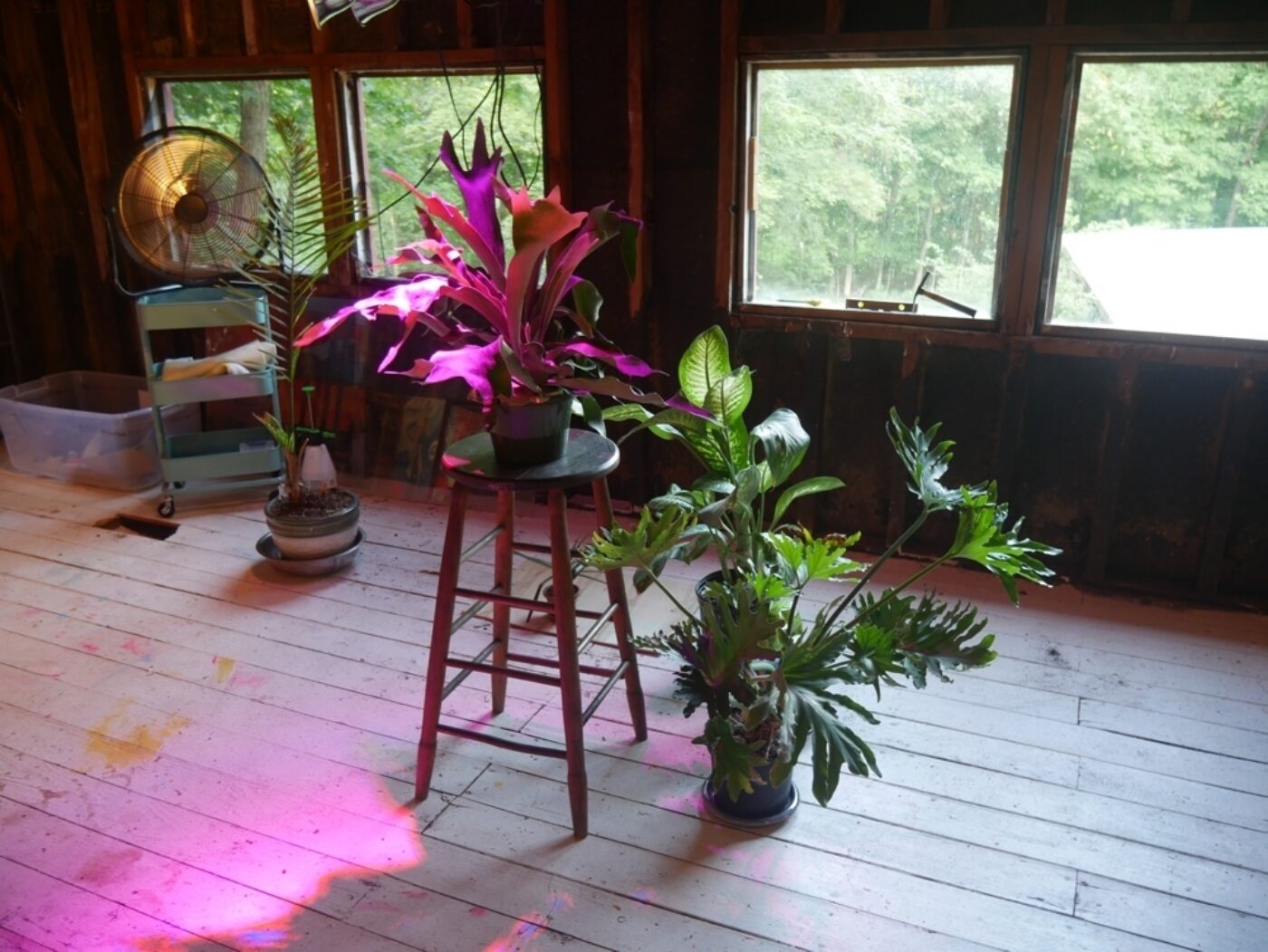 Should you envy his industrious pace, or the room to work on 8×8-foot canvases, note that Gavin spent his first month making the barn habitable, clearing the former machinist’s workshop of mice, bats, and spiders. “Thousands of spiders,” he said, laughing.

Looking around, with hours passing like minutes and lush greenery outside every window, it was clearly worth the work. Let a thousand Craigslist “hudson valley+barn” searches bloom. 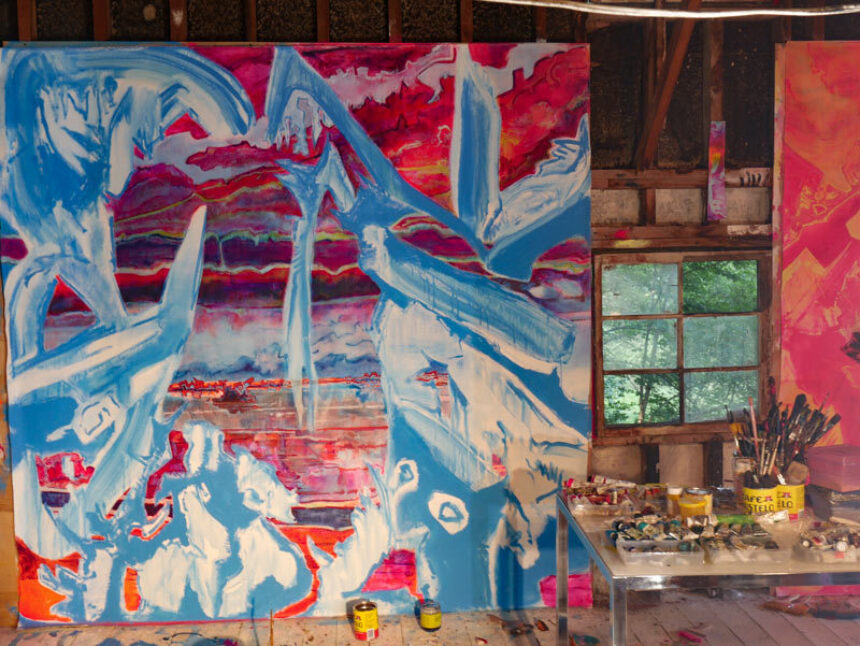 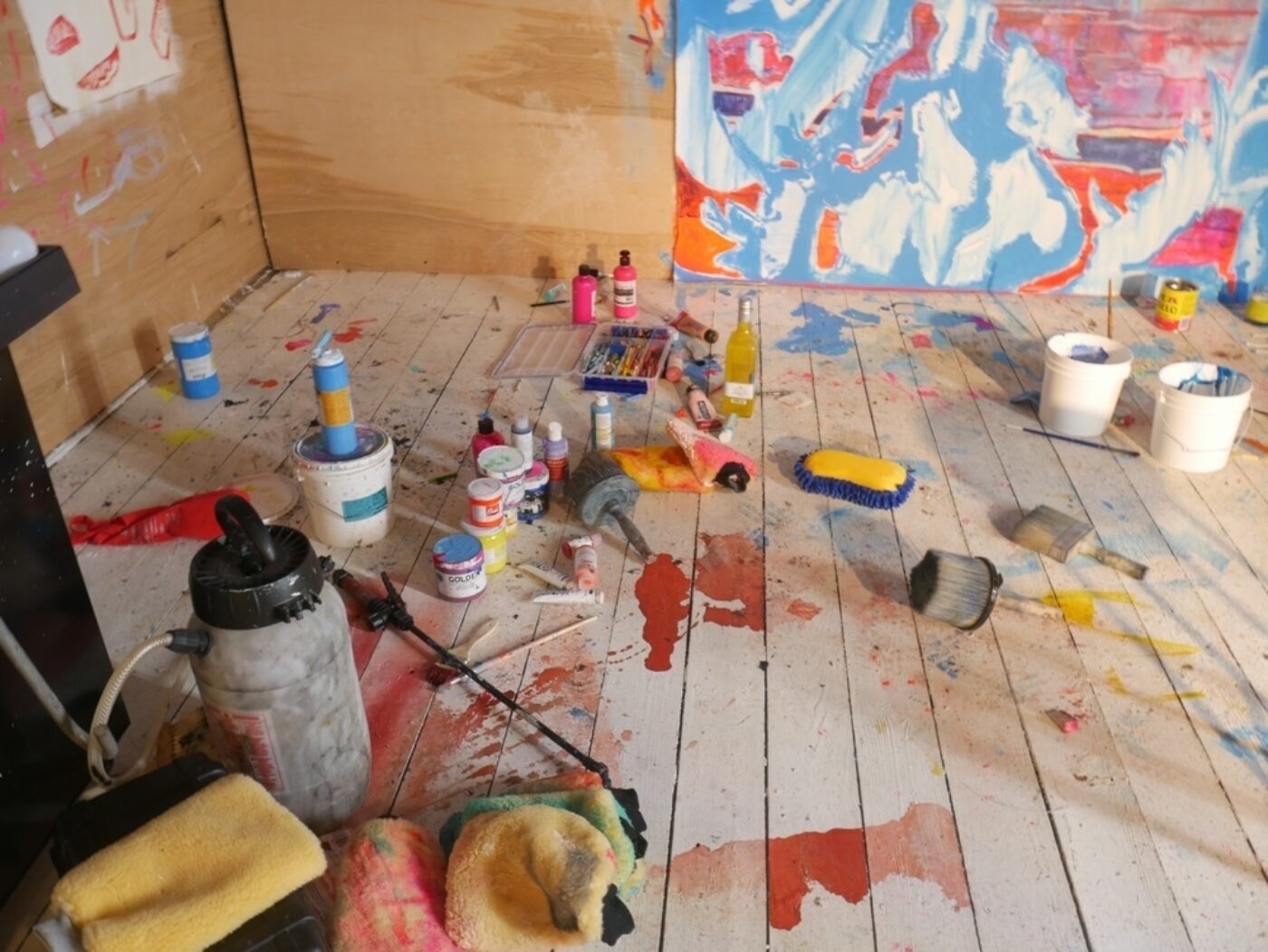 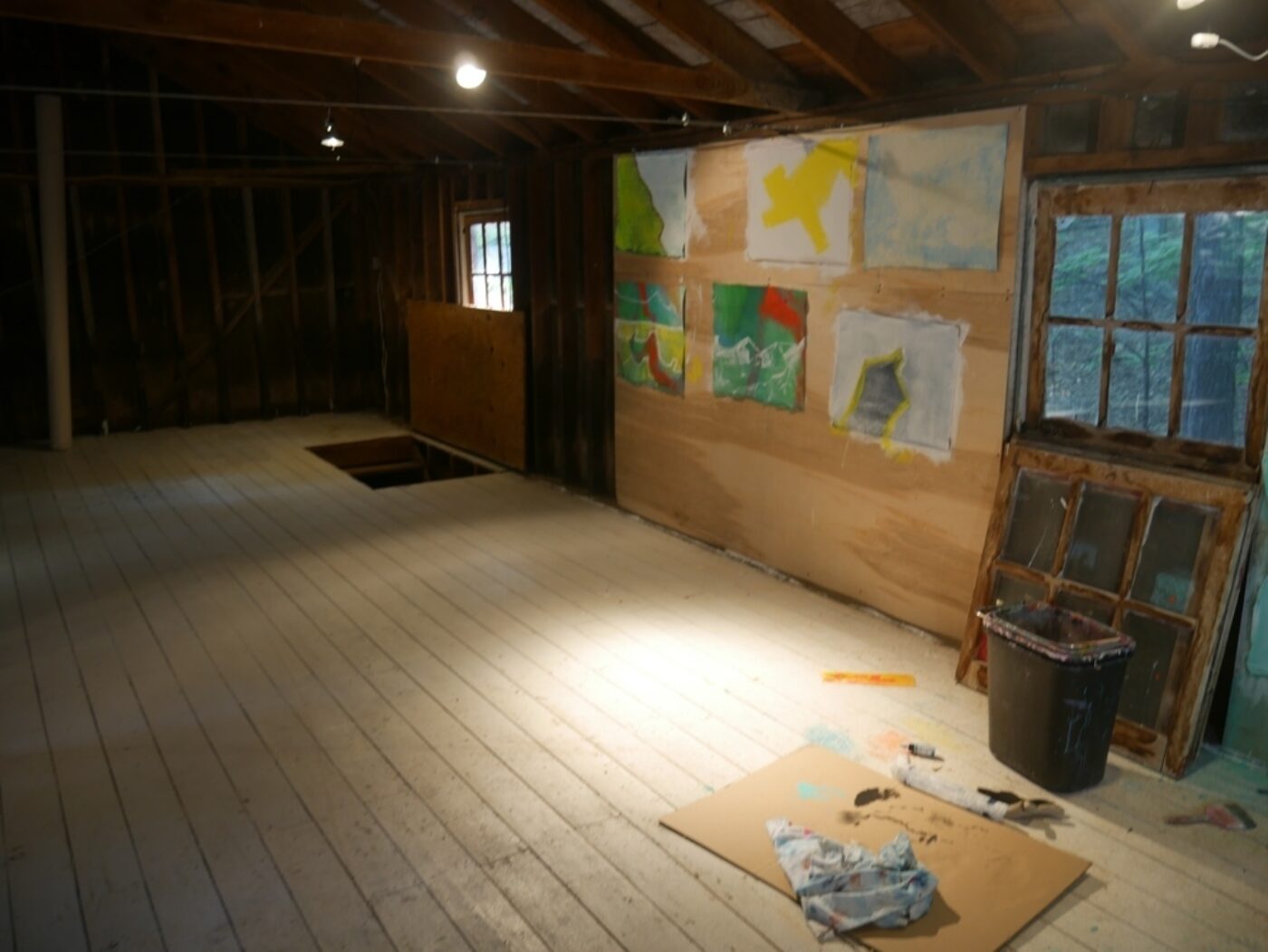 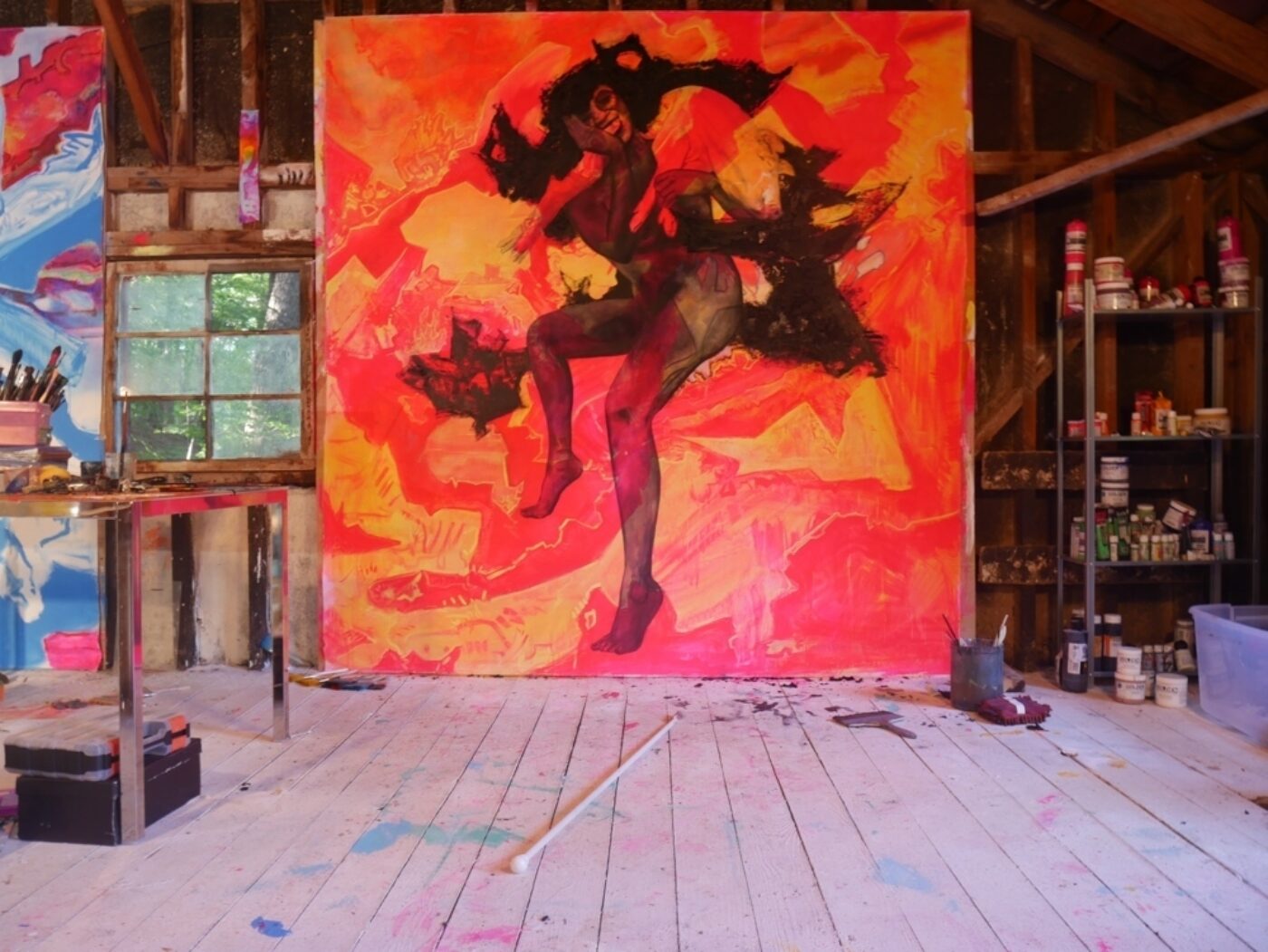 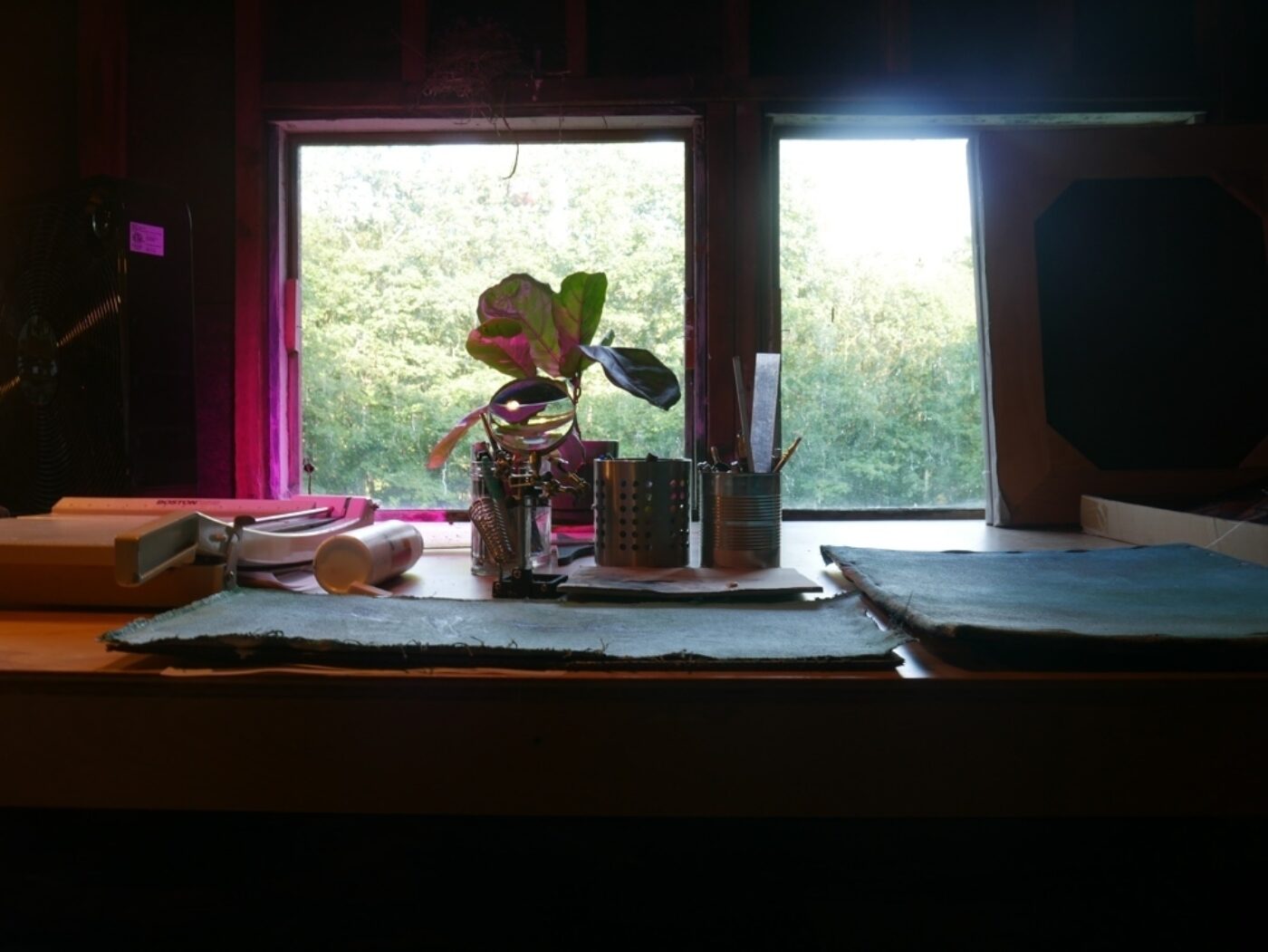 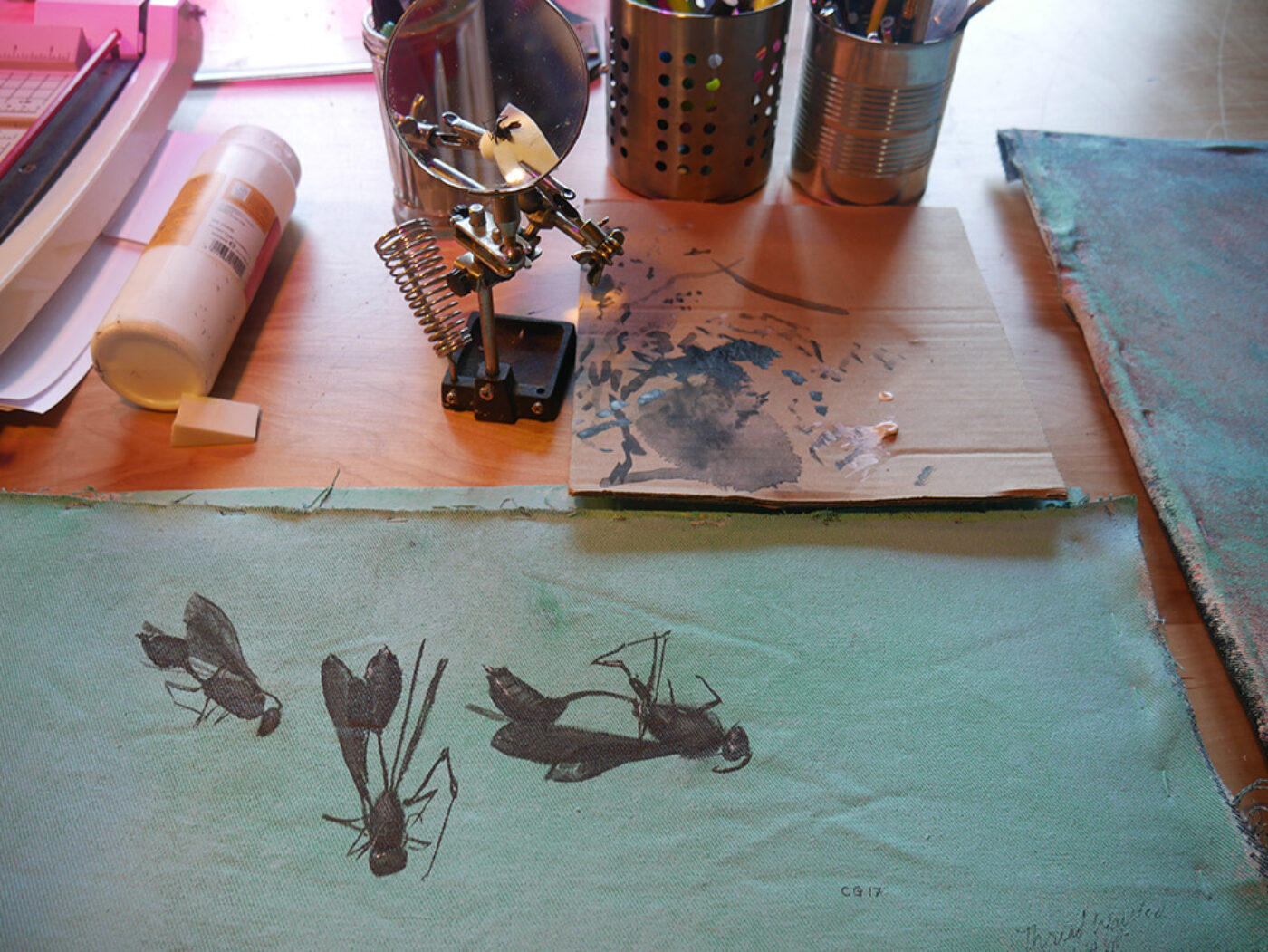 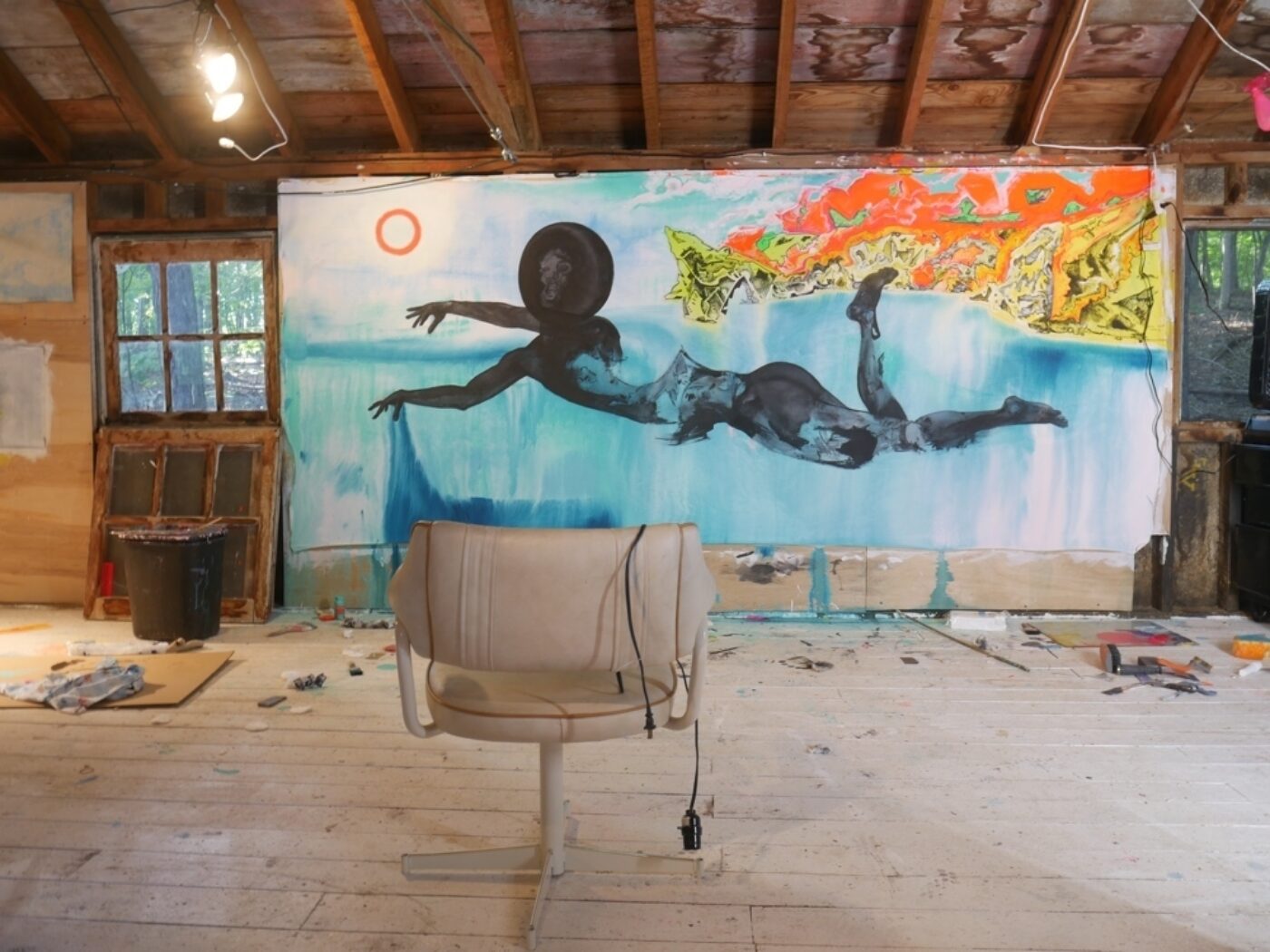 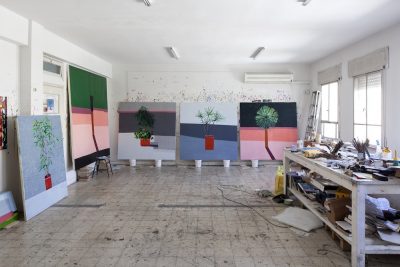 A suite of new paintings and a short interview on intention and inspiration.