A studio inside a museum. 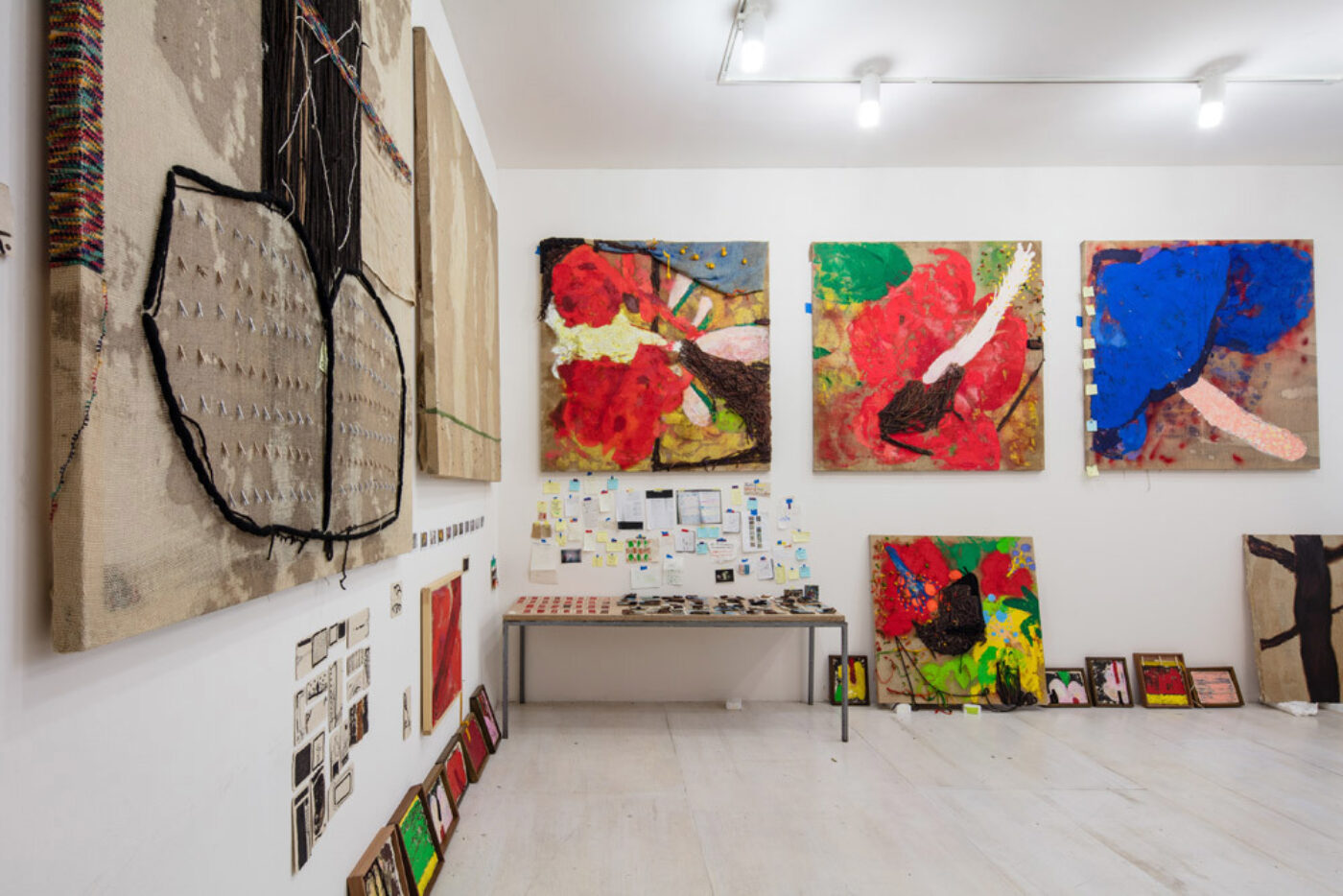 Although the Carolee Schneemann retrospective exhibition has overtaken most of MoMA PS1, in one small room on the ground floor, Klaus Biesenbach, the museum’s director, has installed Alvaro Barrington’s studio in toto. Fresh out of graduate school in London, the studio was transplanted into the museum, marking the emerging artist’s first solo museum exhibition. I did a “studio visit” with Alvaro after the opening, and we talked about the project. 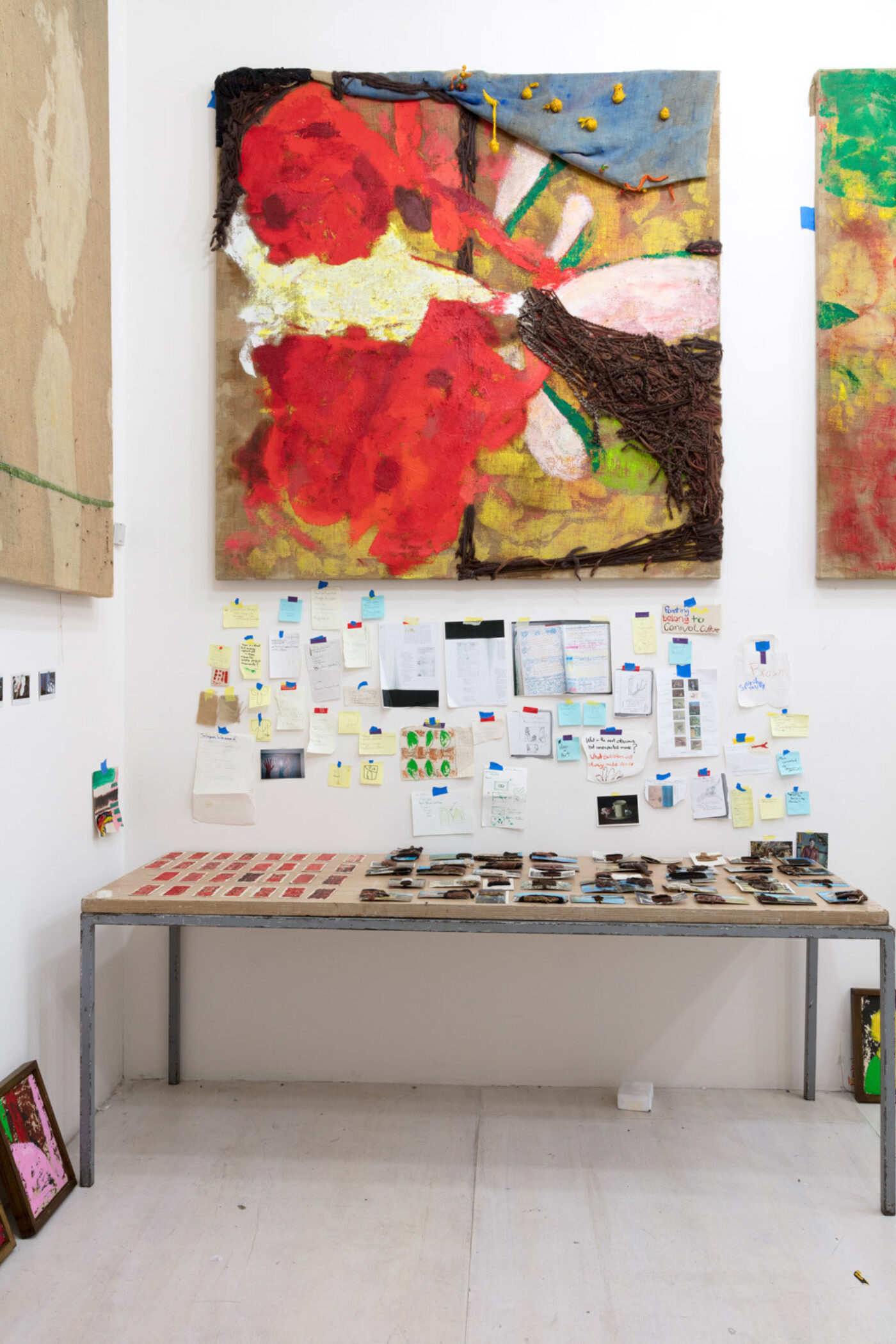 Matthew J. Abrams So you studied at the Slade School of Fine Art in London.

MA And then somehow Klaus found your studio. Is that right?

AB When I graduated, I thought, if I could leave grad school with one painting that gave me a way forward, then I’d be okay. Chris Ofili just had a show at David Zwirner, and there are so many possibilities in how he could make like ten, twenty, fifty, one hundred, four hundred more paintings; and I thought if I could leave school with just one painting that allowed me to have a solid couple years of exploration, I’d be okay. 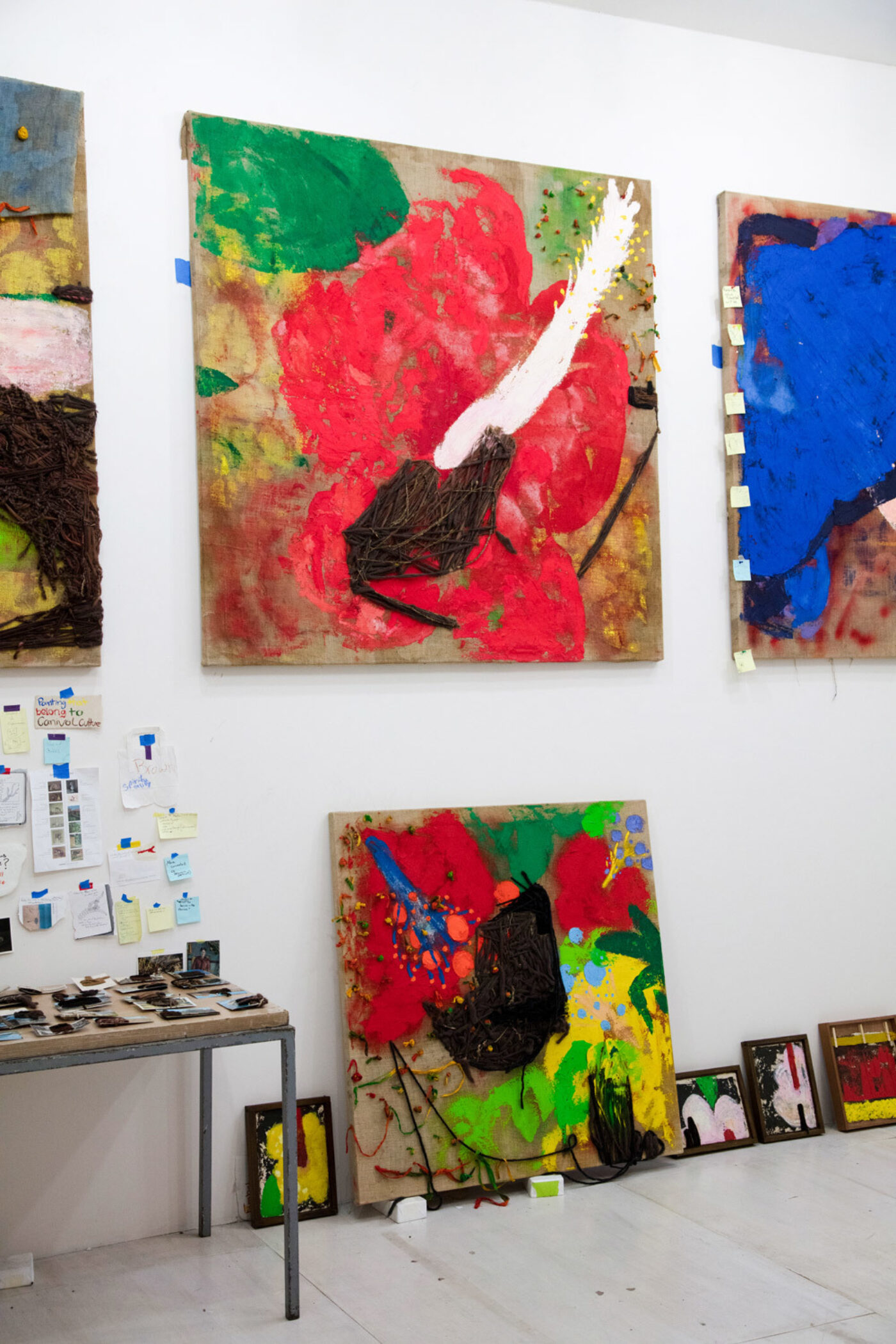 MA It seems like you managed to make that painting.

AB After I finished school I rented a studio and started working, and Hans Ulrich Obrist brought Klaus over on a studio visit. He called me a week later to say that he was still thinking about the work. So we talked more about what the work was doing and what I thought art could do, and it was a really productive conversation. 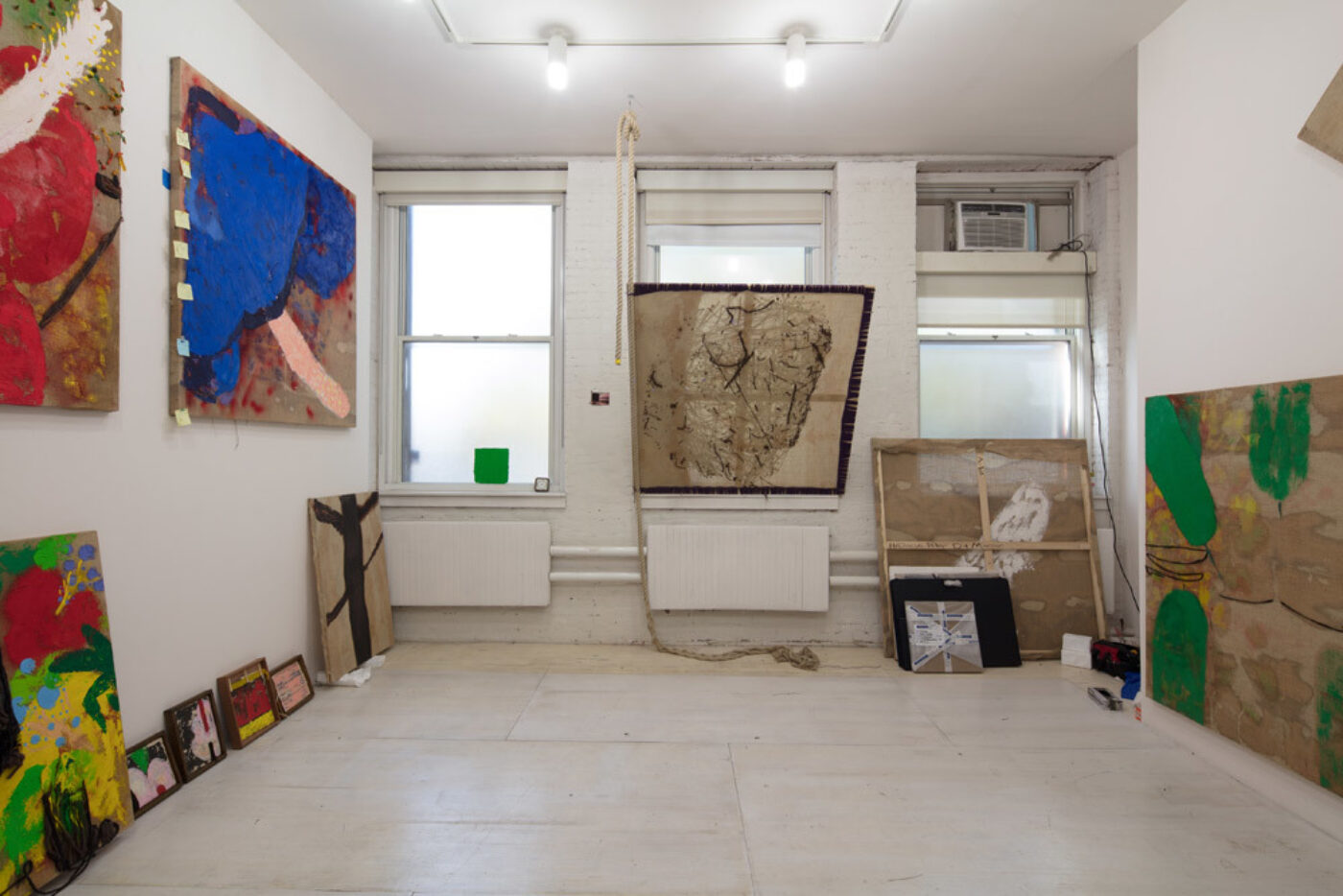 MA Who had the idea to import the whole studio, so that the logic of the space is its functioning as your studio.

AB It was a conversation. I was telling Klaus that I was shipping my studio to New York, and he was like, “Why don’t we just detour it to the museum?” (Ha-ha.) And I think we both knew we wanted it to be a studio, as opposed to being a curated show. 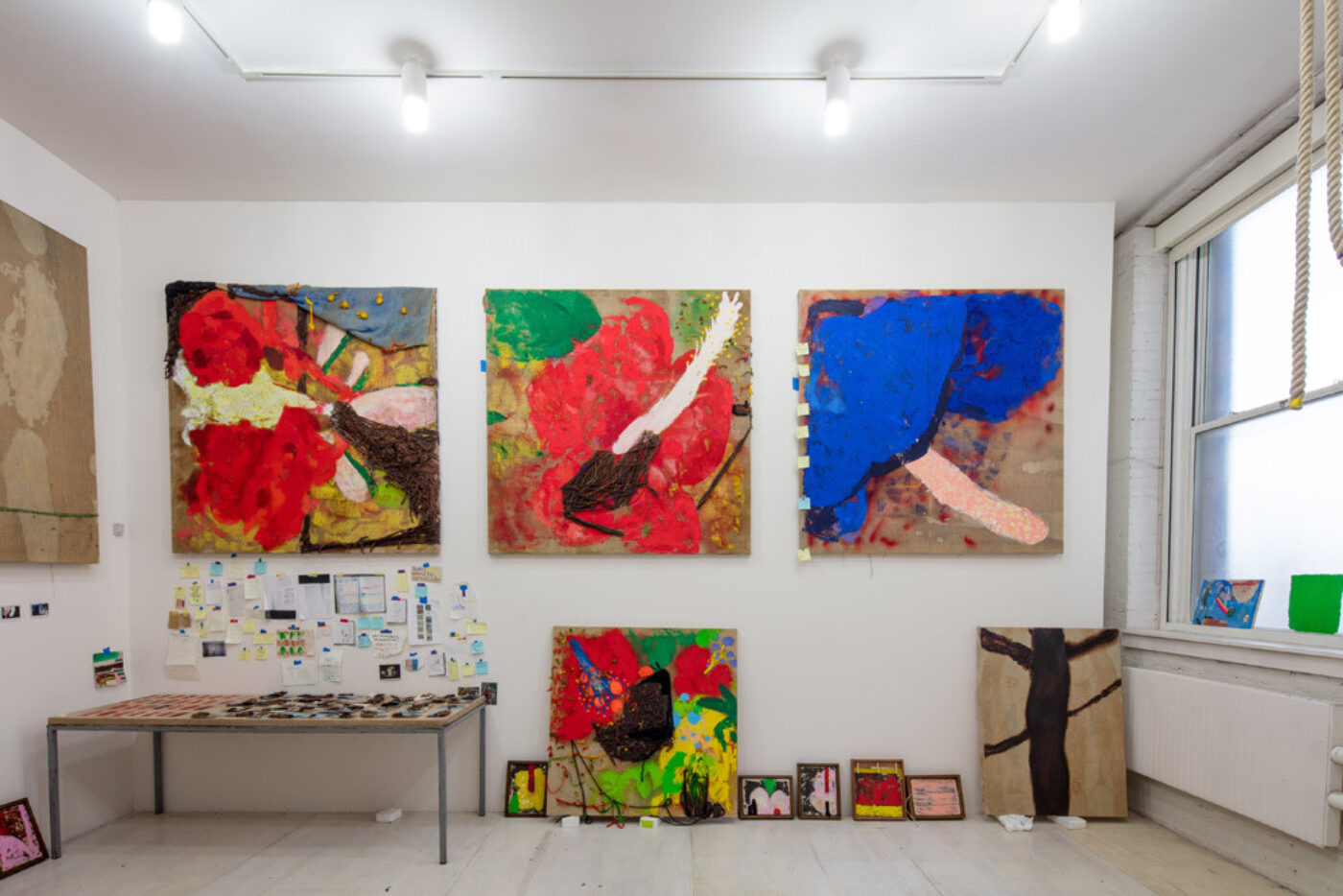 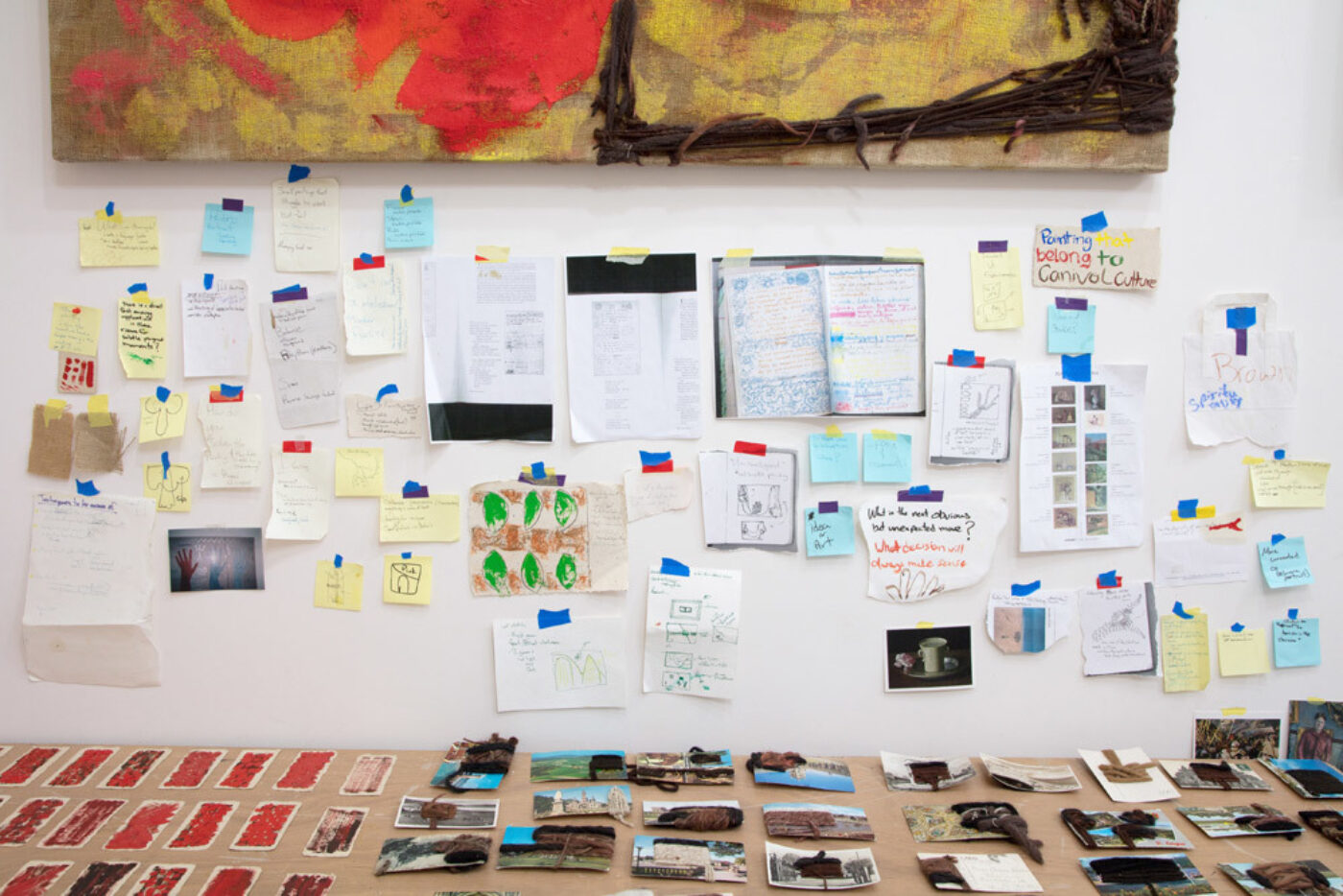 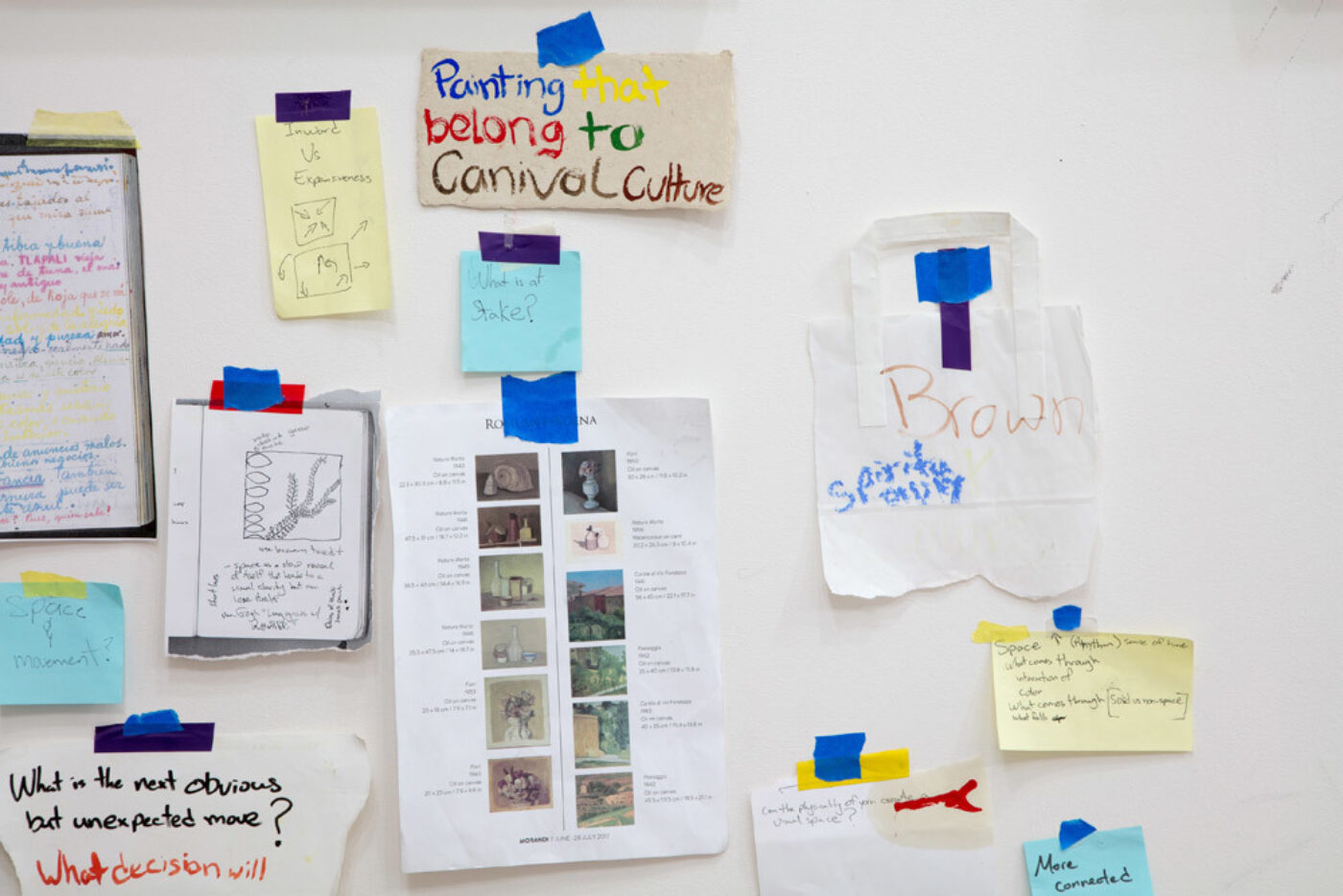 AB Yeah, I won’t be here. I know people do that. I know Henry Taylor did that.

MA Edgar Arceneaux has done stuff like that too.

AB I think that’d be too emotional for me. 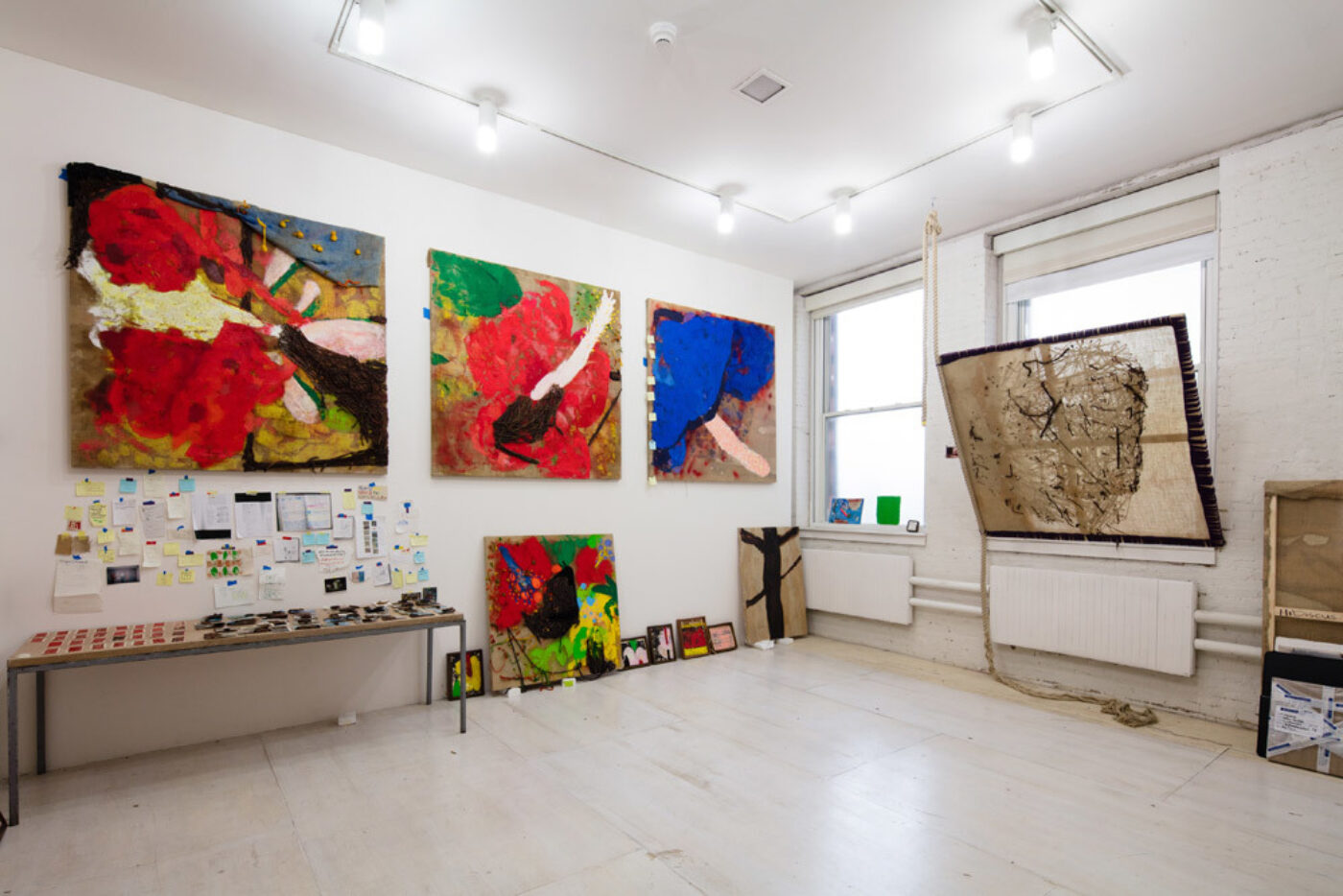 MA It sounds like the studio is an important space for you to remove yourself from the world and think about things in an almost meditative way, and that’s hard to do with people milling around and wanting to chat.

AB And then they’d be like, “You should really make a red painting!” (Ha-ha.) But that’s just it, because for me a lot of the paintings, they’re speaking, but at maybe a “1” or a “2,” and somebody could come and they could just whisper one sentence, and their voice is like a “40”. And I remember something Kerry James Marshall said: “I don’t want my painting to be some zone of free association.” And for me it’s more about letting go of my ego and trying to listen to that “1,” to what each painting wants to say.

Alvaro Barrington’s studio is on view at MoMA PS1 through December 31, 2017.

Matthew J. Abrams is a writer, critic, and scholar based in New York. He holds a PhD in art history from Yale and is currently finishing several book-length projects. You can follow him on Instagram.