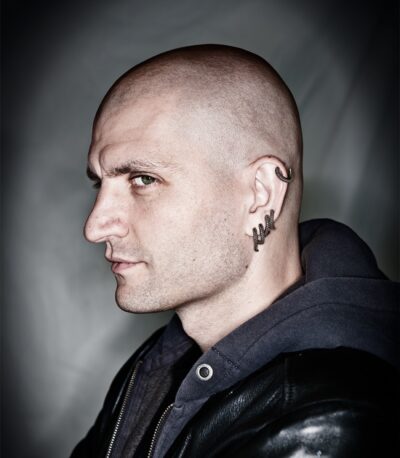 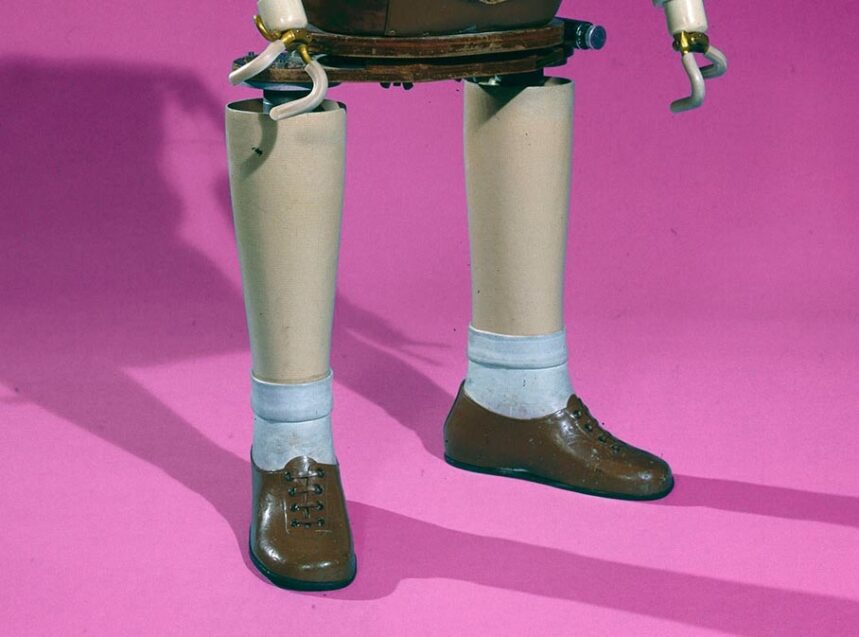 Children of the old world respected distinctions between realist fiction and speculative fiction, earnestness and satire, prophecies of apocalypse and unexaggerated descriptions of the present day. In a year that has seen the rise of Donald Trump, Pokémon GO, and seemingly impossible phenomena like luxury cruise liners touring a rather warm Arctic Circle, it’s difficult to see how these old aesthetic boundaries can be maintained.

The jacket copy of Alexander Weinstein’s funny, discomfiting, and excellent debut collection Children of the New World says “speculative fiction,” but we could really classify its short stories as “realist fiction” and be just as accurate. Better yet, we could regard both of these labels as the distorting goggles they are, and simply take them off. 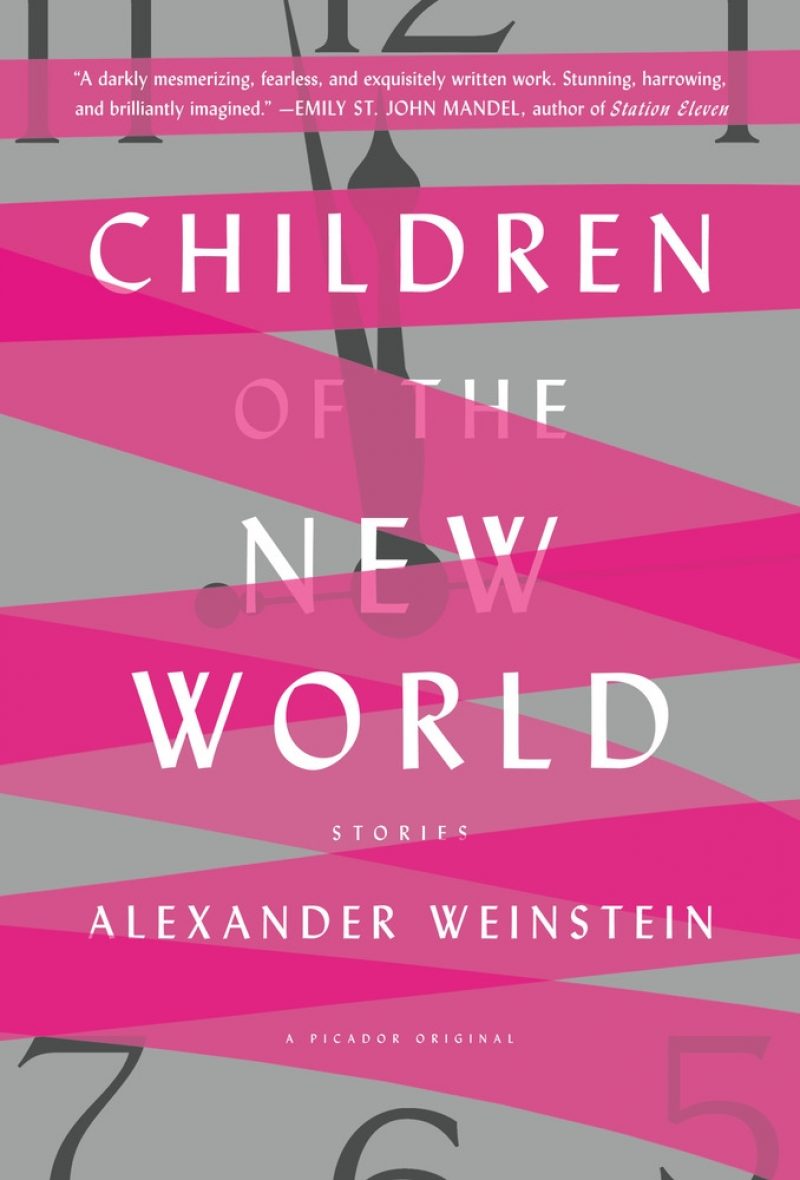 Like George Saunders—and younger authors Charles Yu and Alexandra Kleeman—Weinstein uses speculative-fiction premises to explore the inner lives of lonely people trying to do right by people they love, or at least imagine themselves loving. Also like Saunders, Weinstein makes room for small acts of heroism whose nobility slightly but meaningfully outweighs both their absurdity and casual evil. But Weinstein’s heroism is even more embattled, ambiguous, and likely to vanish from a story entirely.

The collection is bookended by two of the most Saunders-esque stories in the collection—which is to say, the stories in which people try hardest to acquit themselves. The first story, “Saying Goodbye to Yang,” is set in a near-American future just as rancid with white-nationalist sentiment as the American present. Traditional childbearing methods apparently no longer viable, a white couple has bucked the racist trend to clone (“We clone our own,” reads a bumper sticker that sounds horrifyingly plausible) and have instead adopted a Chinese daughter. In a well-meaning, if questionable, attempt to introduce their daughter to Chinese culture, the couple buys a “big brother” robot named Yang who has been made to look “Chinese” and sometimes spits out “fun facts” about China. Of course, there is another reason the couple has bought Yang: to serve as a babysitter. This makes it possible to raise a child, the narrator admits, while his wife “was still putting in forty hours a week at Crate & Barrel, and I was still managing double shifts at Whole Foods.” He appears to realize the dubiousness of all of this, but develops real feelings for Yang before it begins to malfunction. He attempts everything within his limited budget to save his robot son and, later, provide a proper burial. It may constitute a bumbling, backwards heroism, but by the end of the story it feels nonetheless real.

The signature line of the title story, and probably of the whole collection, is “Don’t let anyone tell you they weren’t real.” Spoken by the leader of a support group for those who have lost computer-programed “loved ones” to electronic spam overload, the line could be easy satire, or a heavy-handed attempt to force us into putting full emotional faith in the relationship between characters and their digital offspring. What makes this collection so devastating is that the line reads, somehow, as both satirical and earnest—a doubling that sidesteps the pitfalls of both approaches. We lose track neither of the absurdity of deleting one’s children after finding a house full of “cartoon characters hawking downloadable games and attractive women selling vibrators and wrinkle cream,” nor of the wrenching horror of that deletion. The collection both questions and honors a world in which we form emotional bonds to characters who exist for us mostly, or entirely, through various technological projections. Weinstein manages to have his simulated cake and eat it too.

Though an essential humanity always shines through, these stories get darker as the collection progresses. It’s not always clear whether these stories all unfold in precisely the same universe, and the chronology appears to jump around slightly, but there is a general forward-moving historical thrust, and the further we get into this future, the greater the destruction from geopolitical and environmental catastrophes. Advancing technology becomes less and less able to disguise its anesthetic function, and attempts at heroism lead to even graver moral degradation. In “Heartland,” a father who stood up to his boss for mocking his child has been plunged—partly by his bravery, partly by his alcoholism, partly by the quickly disappearing topsoil—into a financial desperation that makes him seem likely to commit an act of unspeakable evil against his own children. In “Fall Line,” a famous extreme skier sidelined due to a major injury has washed out as an instructor-cum-bartender at a ski resort, only to find the job itself disappearing along with the phenomenon of snow, leaving him with only the tawdriest and most dangerous of POV video to play with. The quick and nasty “Rocket Night,” an insightful variation on Shirley Jackson’s classic short story “The Lottery,” imagines a ritual in which an elementary school’s least popular student is shot into outer space.

Heroism arises again only in the final story, “Ice Age,” after global warming has destroyed technology and civilization, leaving only an arctic landscape and those few who can survive. Depressingly, but almost certainly correctly, Weinstein imagines that American capitalism will survive American soil, with one family using more than its fair share of scarce firewood and employing workers to build a wall of ice. The narrator’s response to a gang that has decided to launch an attack on this family is the closest thing to genuine human decency we see in this collection.

Describing the collection this way may make it sound as though Weinstein is making an implicit case that civilization needs to be destroyed before we can be human again. His vision is much more complex than that, encompassing new and varied ways of being human, a fact that makes this book’s overriding pessimism all the sadder. It makes it all the more difficult to shake this collection after turning the last page. Even with a cursory reading of current events, it’s difficult to deny that Weinstein’s new world is the one our children will grow up in, if not the one we are already living in. Don’t let anyone tell you these stories aren’t real.

David Burr Gerrard is the author of the novels Short Century (Rare Bird, 2014) and The Epiphany Machine (forthcoming from Putnam in 2017). He teaches creative writing at Manhattanville College, the Sackett Street Writers’ Workshop, and the 92nd St. Y.

Warmer: A Collection of Comics About Climate Change for the Fearful & Hopeful by Matthew Thurber 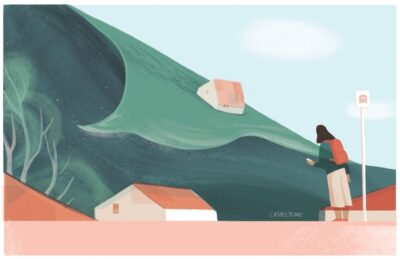 Comics have a good chance of surviving ecological disaster. Unlike, for example, blue-chip video art, there may be a place for hand-drawn sequential graphics after floodwaters recede.